Lostboater planned another oyster tour for a couple of weekends ago.

We liked the Ed Ball Wakulla Springs Lodge so much that we thought we would try it again. This time would be for canoeing.L

I determined that I would leave home on Sunday afternoon to meet up with Ken, Dave and Larry at the Lodge. I had hoped to go racing in the morning, then leave in the afternoon, but a huge storm was approaching from the west. The Weather Channel had it arriving at Wakulla in the early afternoon, so I skipped the Autocross and headed west at 9:30.

To beat the storm, I took the fastest possible route, that being I-10 the 135 miles to just east of Tallahassee.

Rocket was the chosen steed and it maintained sufficient speed to stay clear of traffic along the way, averaging over 70 mph on that stretch.

I arrived an hour before the rain, so I could have taken my favorite route, but chickened out. I hate riding in the rain.

At dinner it was decided that, after the front came in, the temperatures were to be too low for comfortable canoeing, so we decided to ride to St. Marks National Wildlife Refuge instead. The lighthouse there is cool and the ride to it through the estuaries of the Gulf of Mexico outstanding. Well worth the trip.

That was followed by the worst oysters ever at a terrible restaurant is the tiny town of St. Marks.

Ken and I rode to Cedar Key hoping to keep the oysters down and succeeded. We had a nice ride with timely stops and settled into a hotel on Dock Street.

We had drinks nearby and a light dinner at Tony's before calling it a night early.

In the morning we wanted to have breakfast at our favorite place, The Daily Grind, but had seen the night before that the owners were on vacation.

So we went to Annie's instead. Neither of us knew where it was so we were riding down D Street. I looked at a restaurant to the right then straight ahead to find Ken almost stopped 20 feet in front of me beginning to turn into Annie's. I slammed on the brakes and just missed him. We were lucky.

Breakfast was good and we headed home. 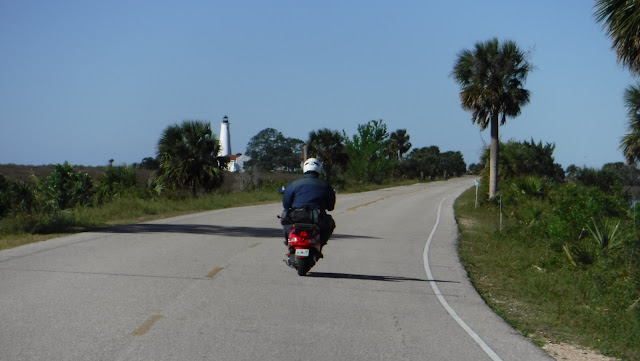 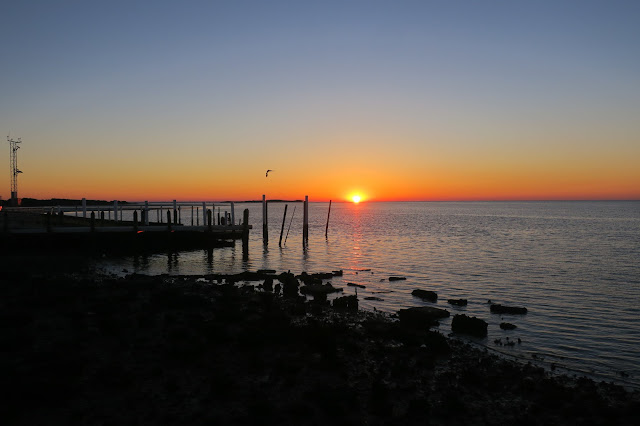 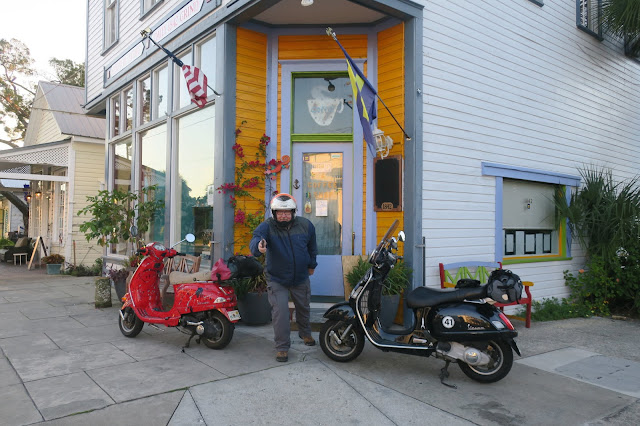 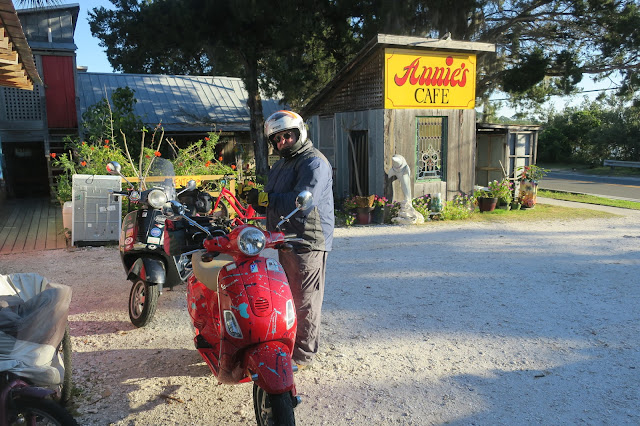 But Annie's was just fine.