On Friday, Sam had arrived late Thursday night after battling the storms between Chicago and Madison.  We met the Sullivans at out hotel for the ride over to Sparta.

The ride started on fast four lane highways but developed into a nice trip after turning off of 12 onto 33.  It was especially fun through Wildcat Mountain Park. 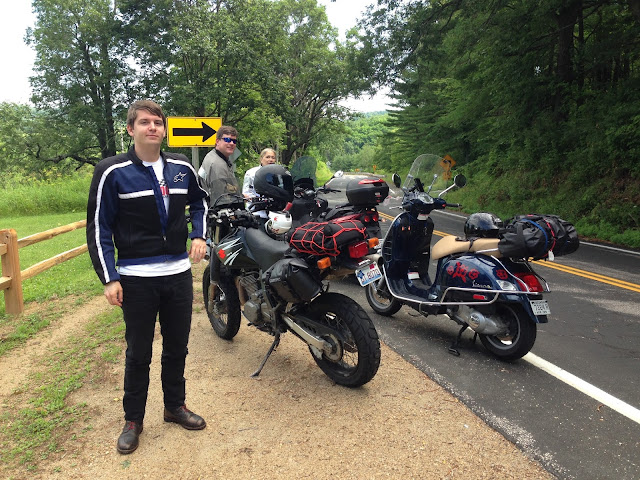 Sam and the Sullivans at Wildcat Mountain


We met up with the others at the Best Western outside of Sparta for a meet and greet.  Then headed to a restaurant downtown to get to know each other better. 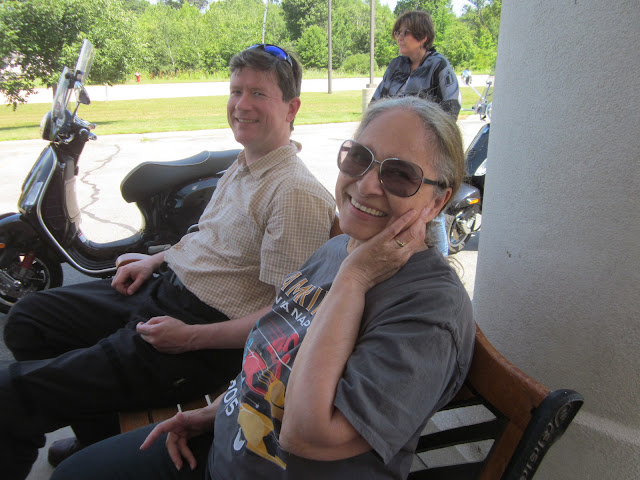 From there we had a ride, the Mendoro Cut loop that started awkwardly as a vital bridge was closed.  So we headed further out on the highway to pick up the good roads.  The roads up to the cut were good and the cut interesting.  It used to be a tunnel until that was changed many years ago. 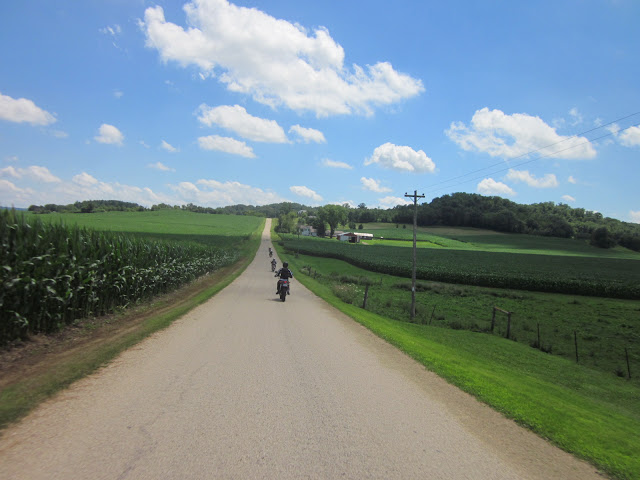 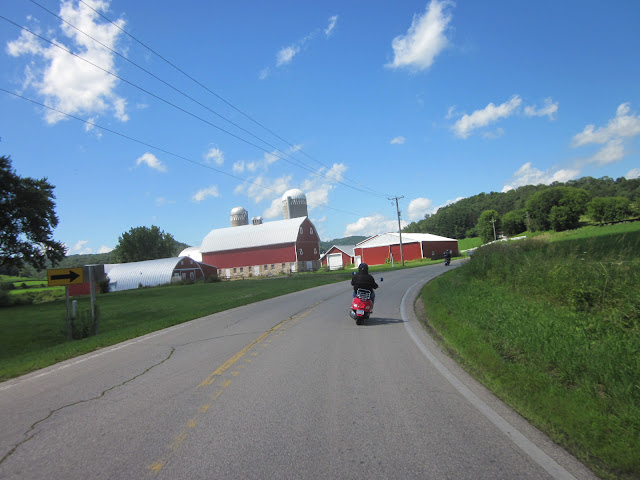 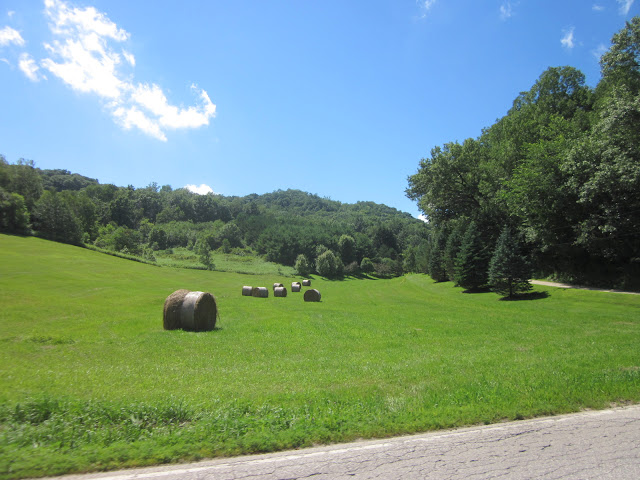 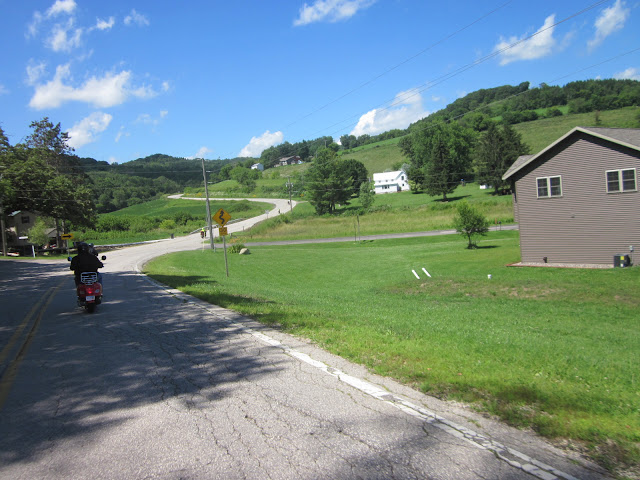 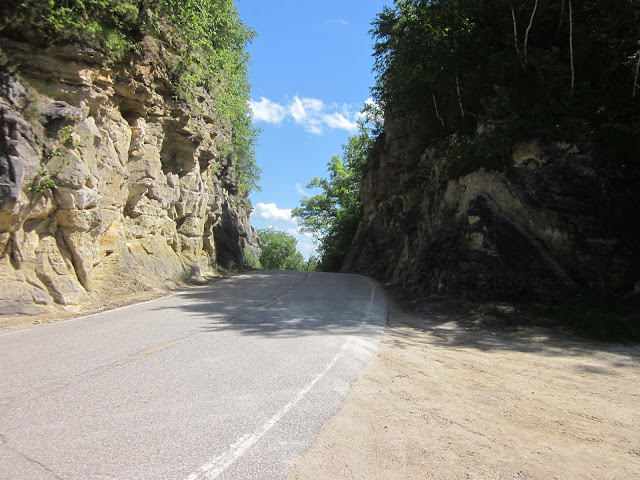 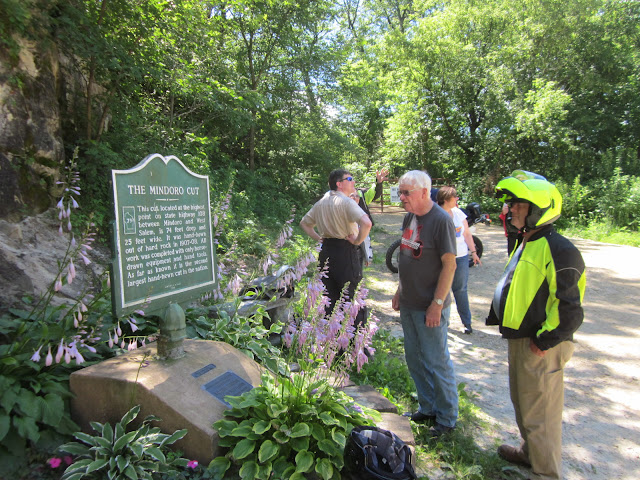 Ssme of the guys.


From there we had a great stop at the Top Dawgs Pub in the tiny town of Mindoro. 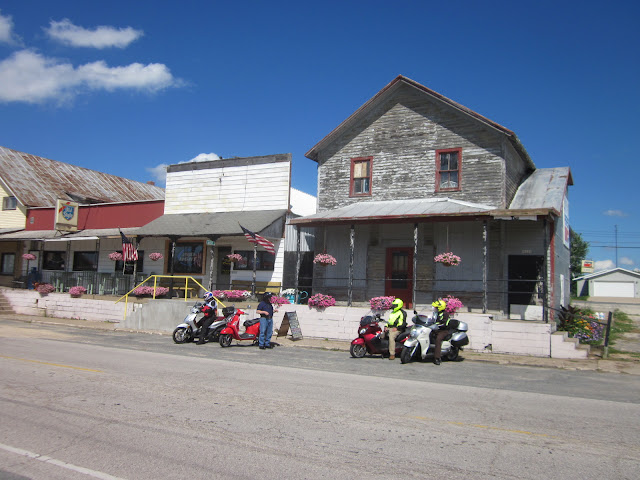 Mendoro town center.  The bar is in the middle. 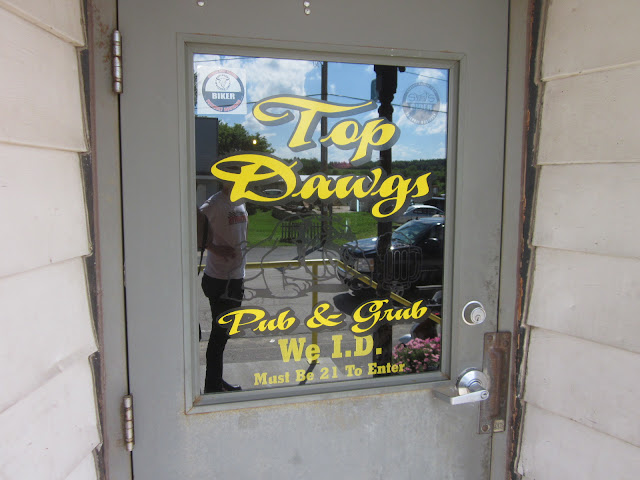 Very inexpensive place to get a drink.


Then we covered some more good roads, visiting a park filled with primative glass art work. Beautiful scenery, as long as you like hills, meadows and farms.
I found it to be terrific 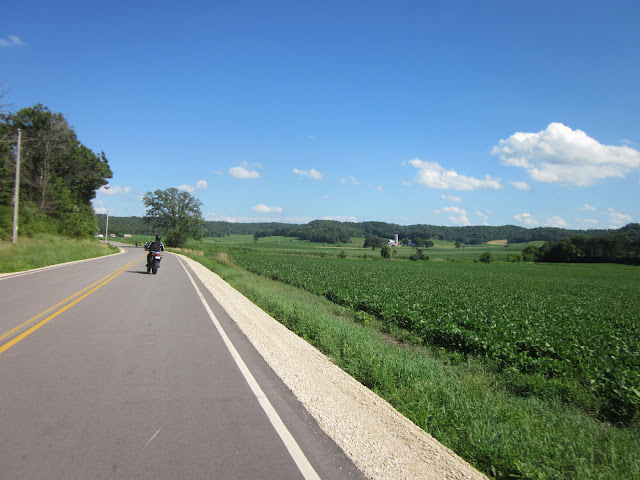 Green farms on the flats, beautiful hills beyond. 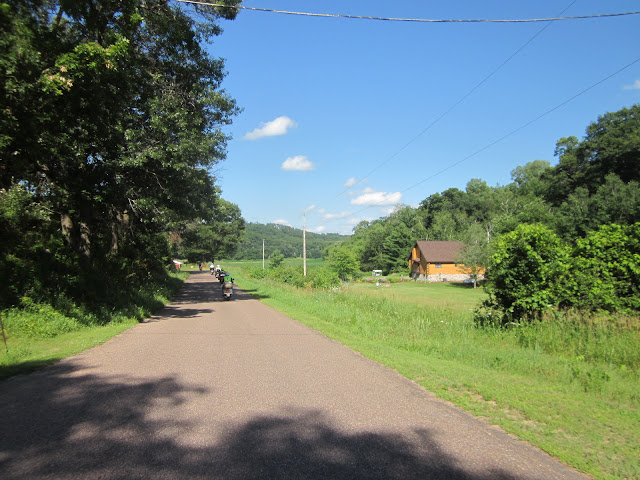 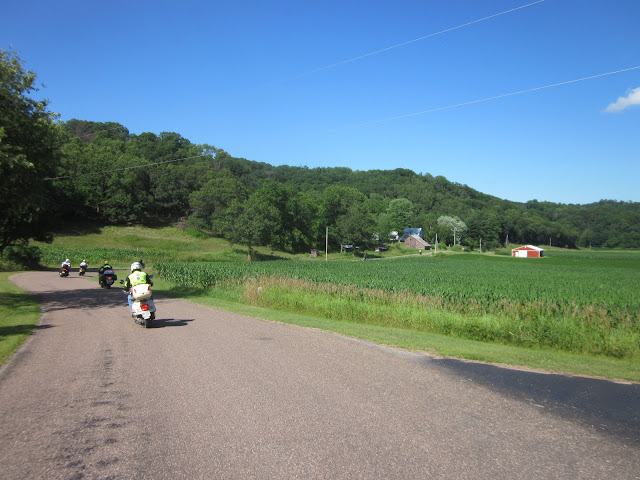 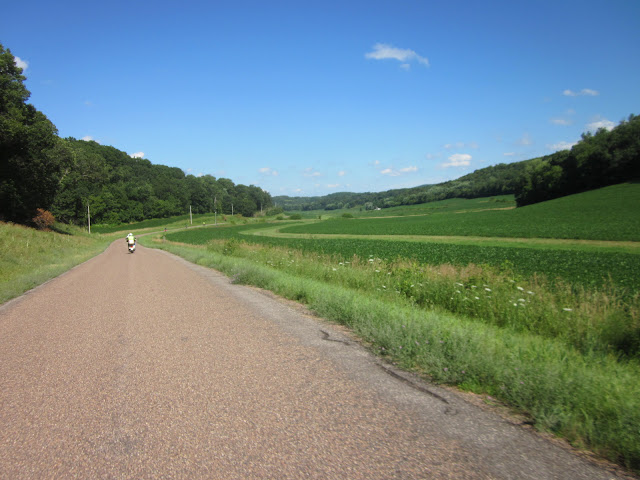 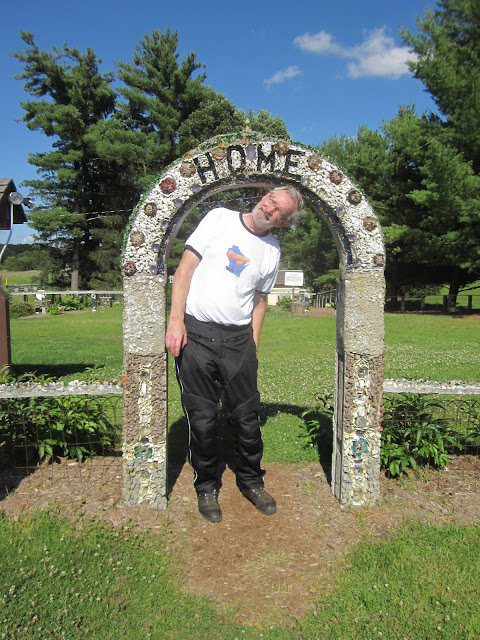 Dave is quite tall 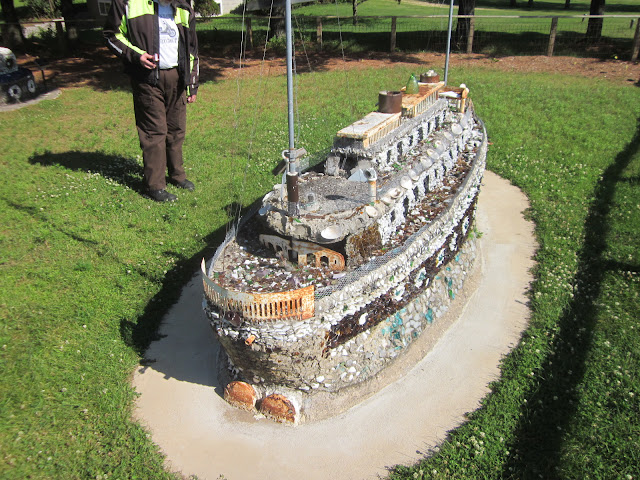 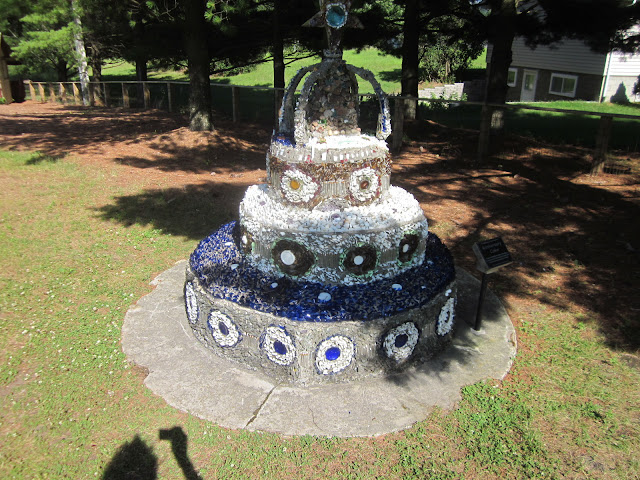 Looks just like my wedding cake from 30 years ago. 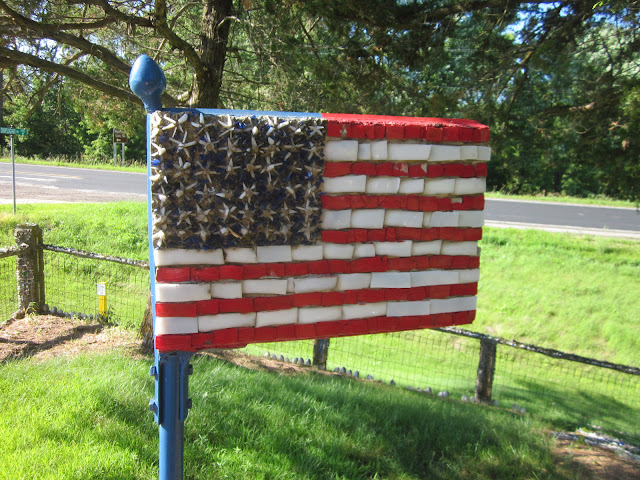 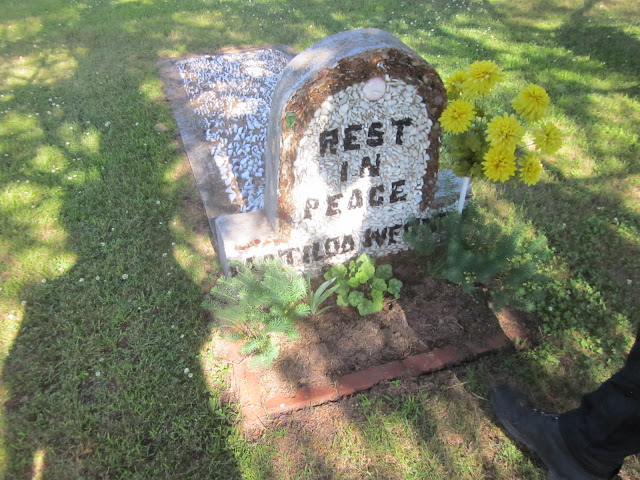 
Then we found ourselves on a washed out gravel road that had one scooter go down.  Sam enjoyed the dirt and I was fine with it, even coasting down the steep downgrades with the engine off as it got quite hot heading up. 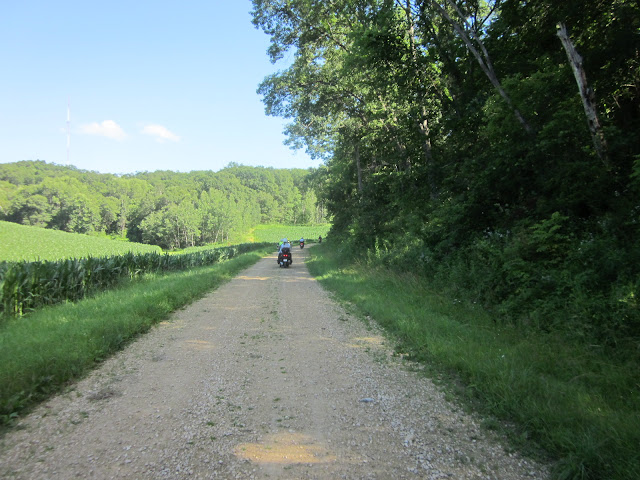 We knew we were in for a treat when the surface changed. 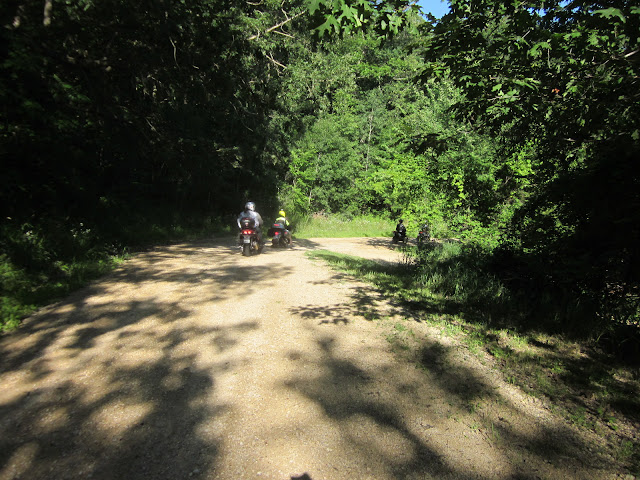 Didn't quite expect this though. 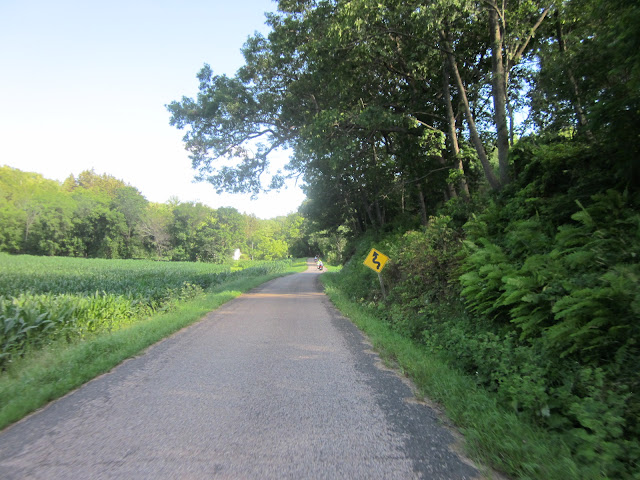 
But we all made it back to the hotel and headed to dinner in town. 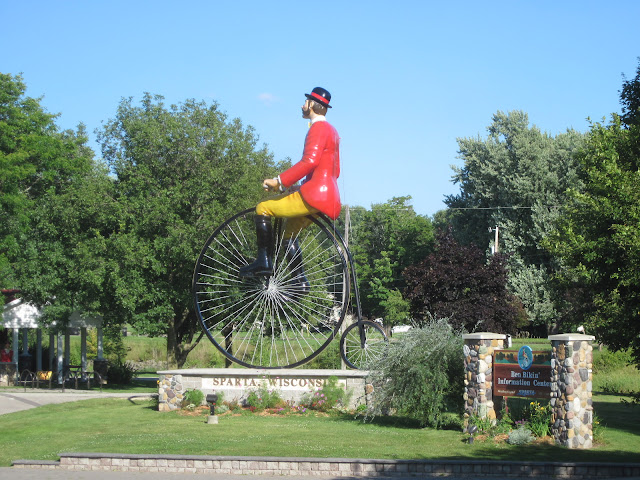 Sparta is the bicycle capitol of Wisconsin.

Posted by Bill Leuthold at 6:19 PM