For the past week, moving out of our house has dominated my life.  That, plus work that sometimes drives me crazy has made me a bit grumpy.

Last night was the weekly Tuesday Dinner Ride for 7 Bridges Scooter Club.  I decided to ride.

I arrived at the warehouse later than usual, less than ten minutes before the traditional 7:00 departing time.  Upon arriving, my friend Tom Rogerson presented me with a gift.  He knows that I love Cheetos, and he gave me a bag of new, baked, crispy Cheetos.  I didn't want to eat them there, and Rocket has little room under the seat due to the vast array of tools and spare parts carried everywhere these days.  But I somehow made room and they came with me.

Russ, who has been leading the Tuesday rides, wasn't there as he had a meeting in the restaurant area and would meet us there.  So I led the group.

It was my first lead in a while, and I selected the route.  This day, I wanted to ride through downtown and across the Hart Bridge.  I wanted to do this, and I told nobody, because my friend Robert Broward, a fine man and architect, friend to me and my family and highly respected in the field, died at age 89 on Sunday.  From the bridge, you can see the house he designed for himself and his wife Myrtice.  She died after a brief illness around a year ago.

I changed lanes to get a better view of the house and was able to have a nice moment to think about all he has done for the community.  He was always Mr. Broward to me.  We were never close, even though we did one project as a joint venture and I worked in his office building in 1989 and 1990.  He was a purist for his style of architecture, never wavering a bit to please the ever changing market for design.  His buildings were all of his unique style that he developed by studying under Frank Lloyd Wright in both Wisconsin and Arizona.  My designs are all based on traditional architecture that he found derivative and offensive.  He never said anything, but I knew.  We were friends anyway.

The weather was perfect.  Cool for North Florida in the middle of our summer as the rains had come in earlier in the day.  The sky was clear and a light breeze blowing.

We took a detour, suggested by Tom, and had a nice ride across town to Sticky Fingers, a restaurant specializing in barbeque ribs and other meats.  We were virtually the only people there, in this large dining space.  I inquired as to how they stay in business and was told that the lunch crowd is huge.

The food was good.  I was able to visit with my fun friend Tanya,  We had a newcomer this day, Jim, on his Sym Simba.  He was easily able to keep up on our route, where we ran around 60 mph on the fastest parts.  He was a good rider with a friendly demeanor.  I and the others welcomed him to the group.

It was still twilight heading home.  I started by staying off the highway, I was on Rocket, trying to baby it around these days.  But I got in the wrong lane where Gate Parkway meets Southside Boulevard and was forced to go south to Butler Boulevard.  Rocket and I headed west on Butler, 70 to 80 mph easily passing everyone.  We got onto I-95 for the ride north around downtown and home at the same speed. It was magnificent, riding Rocket like we used to do.  The old guy handled it all perfectly and made for a special evening for both of us. 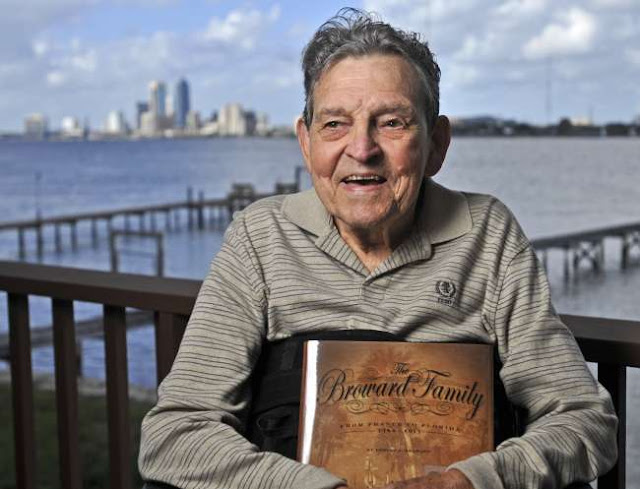 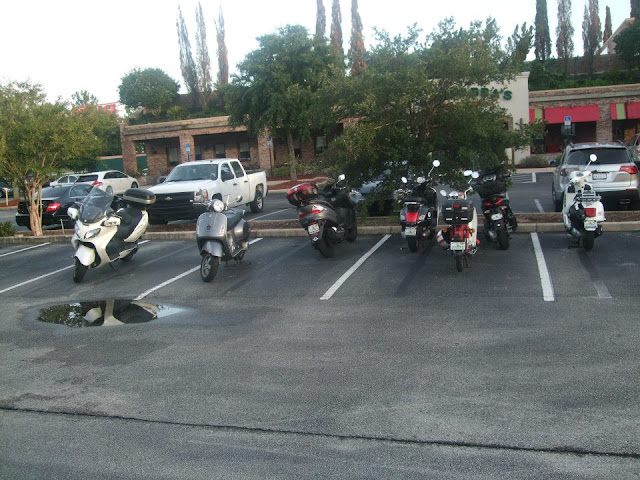 All of the scooters at Sticky Fingers 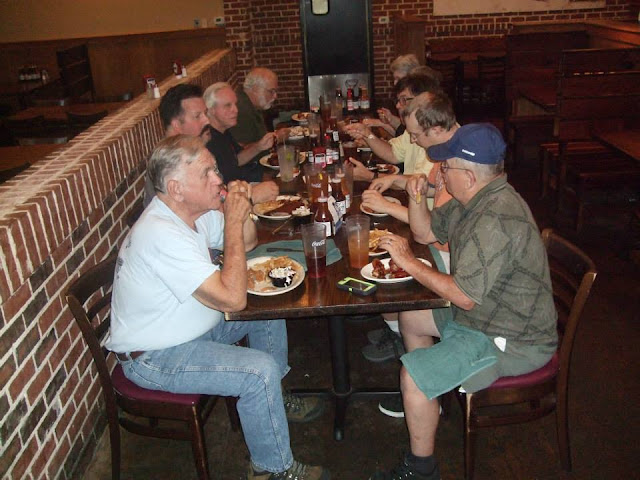 The old guys, and Tanya, dining on BBQ