Russ Dixon, Man of the Scooter

Every club has one, or definitely should.  He is "that guy" who organizes everything, helps everyone and is a wonderful all around guy.  In the case of 7 Bridges Scooter Club, he is the unofficial president of the club.  Only unofficial because we have no officers, no rules, just riders.

Whenever anyone has issues with their scooter, Russ will help.  If there is a breakdown on a ride, he is the one who stays behind until it is fixed or, at least, resolved positively.

When my drive pulley went out in Washington, Georgia, he was the one on the ground getting dirty assisting me in getting it fixed.  He thought to call George at Scooter Parts Co. to get the parts sent quickly. 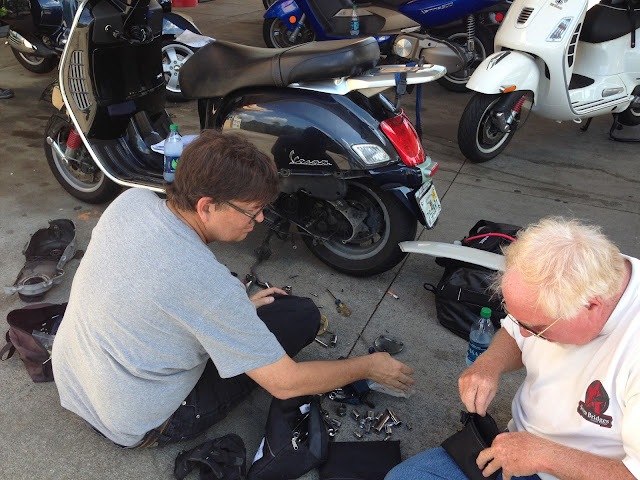 Always there to offer a hand.


Russ has four scooters.  A beautiful Vespa 200P that he restored ten years ago.  A Stella and two moderns, a 2005 GT and a 2014 GTS Super.  They are all kept in top shape and he rides them according to the planned route.  He is a true man of the scooter.

He is currently semi retired, a position that allows much more time for scooting.  That can't be bad. 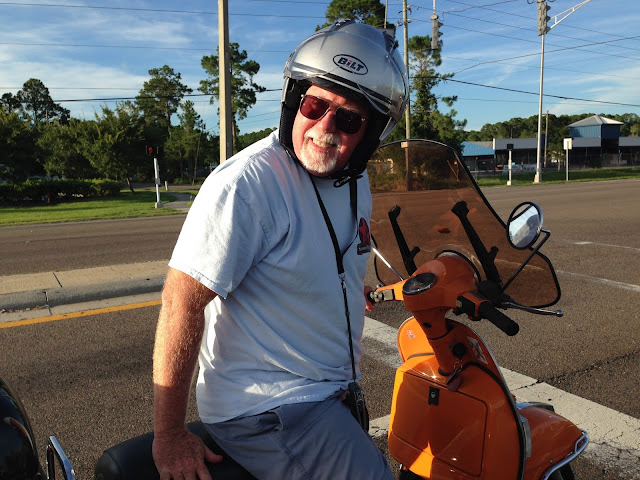 Our fearless leader, checking on the flock.
Posted by Bill Leuthold at 7:52 AM