Sam had to be back in Chicago Sunday night for work on Monday.  I had to return the fine GTS to the Sullivans too, so we headed out from Sparta on our own Sunday morning.  Sam selected the route that kept us off highways entirely while running on mostly state roads.  We did go through the Wildcat Mountain Park again and took advantage of those twisty treats. 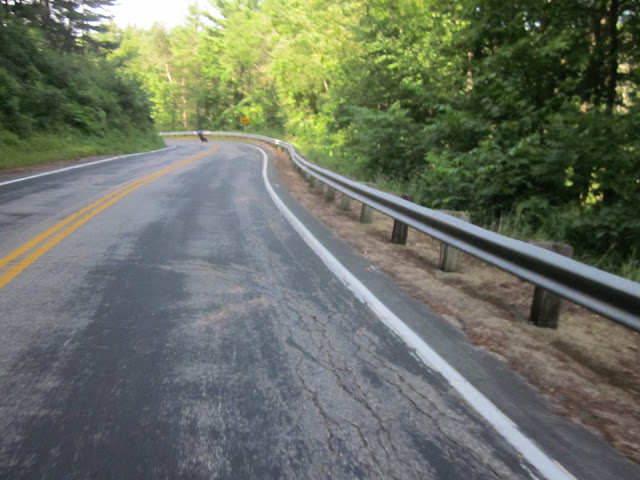 Wildcat Mountain.
I took this photo, then quickly realized that the corner was coming up fast and quite sharp.
I braked hard and made it easily, but then put the camera down until we were back on the flat roads. 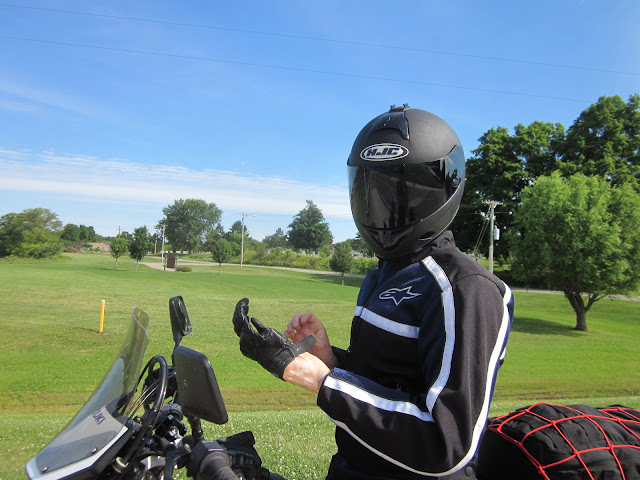 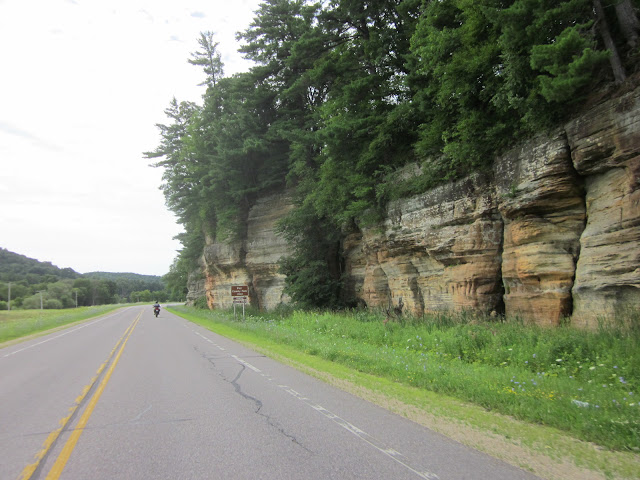 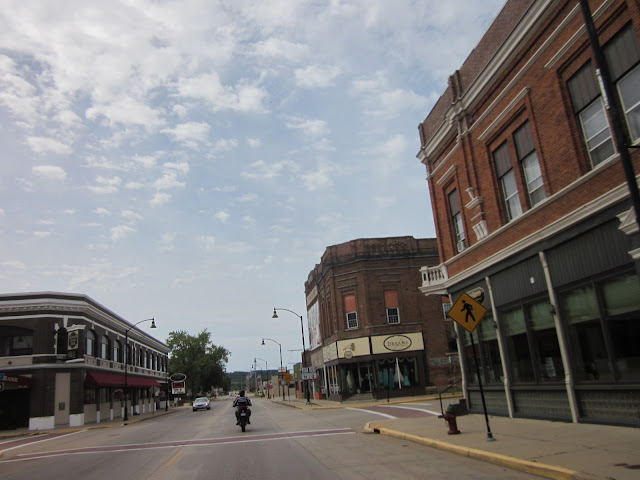 One of the small towns we passed through 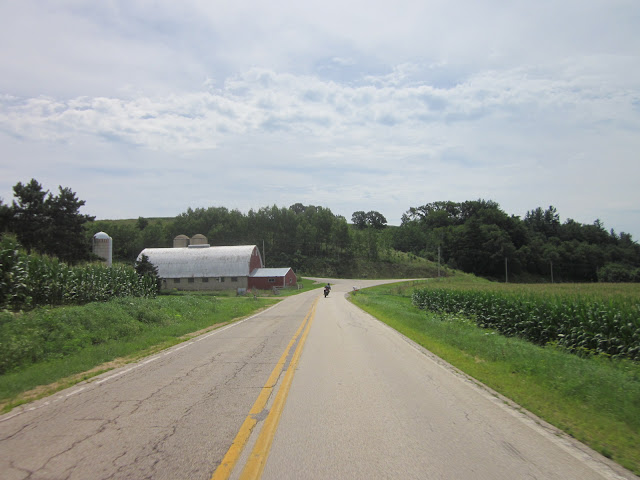 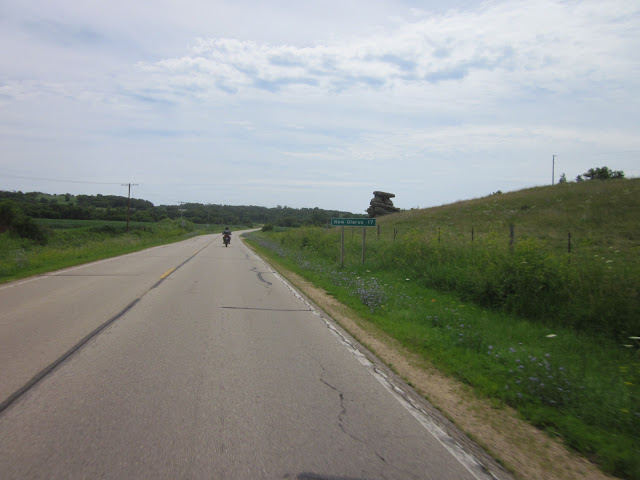 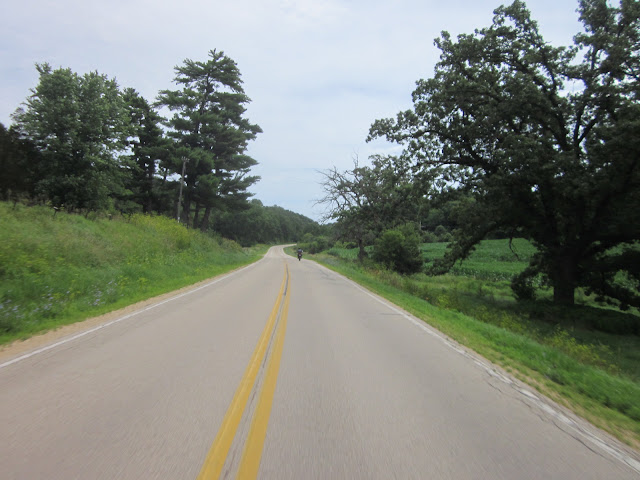 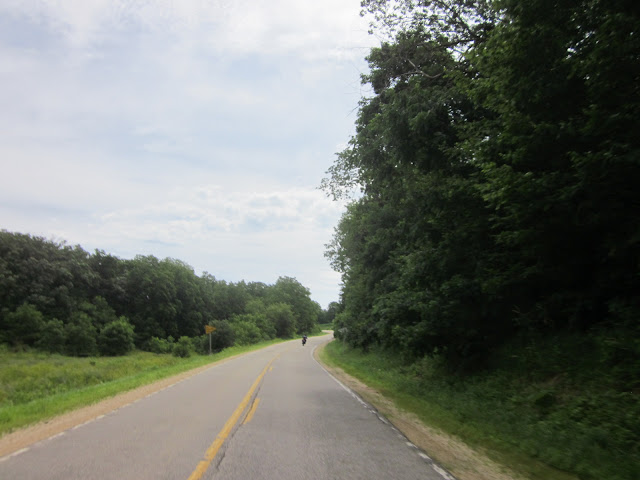 We headed to New Glarus, a town founded by Swiss immigrants in the mid 1800's, just like my great grandfather Hans Heinrich Leuthold.  Sam wanted to go there for other reasons, namely the New Glarus Brewery, his current favorite.  We did a sampler of three beers each, then he bought a six pack to take home.  We then went into town for a lunch of bratwurst at a Swiss restaurant.  From there I sent him on his way home.  He texted me five hours later saying that the three hour ride took longer due to huge traffic of Chicago residents returning home from the weekend. 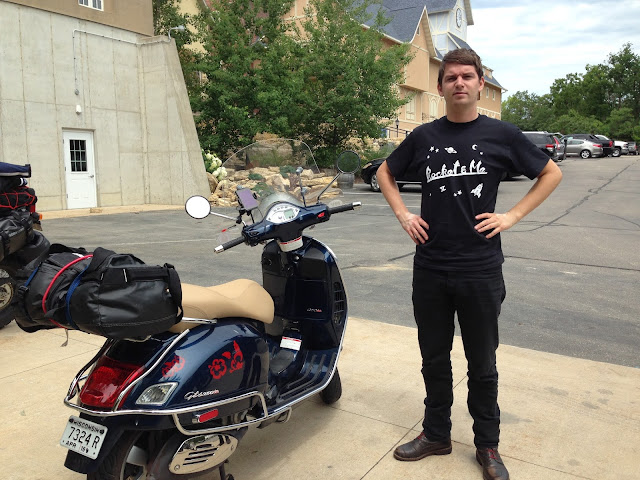 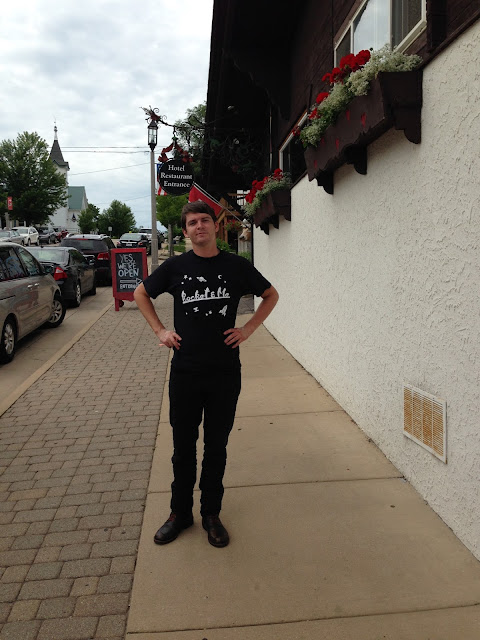 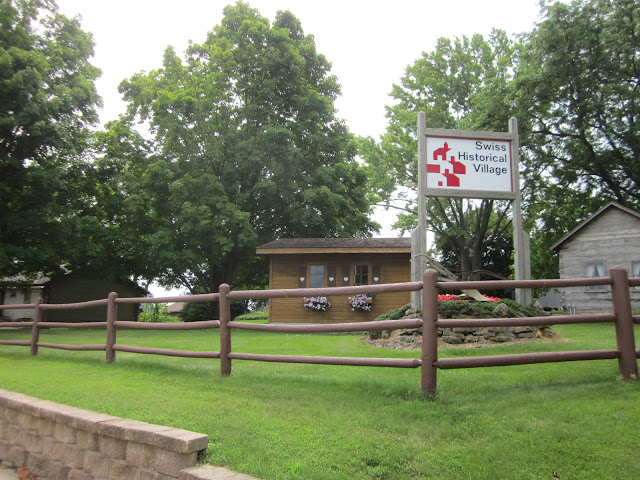 The Swiss Historical Village in New Glarus.  We didn't go in 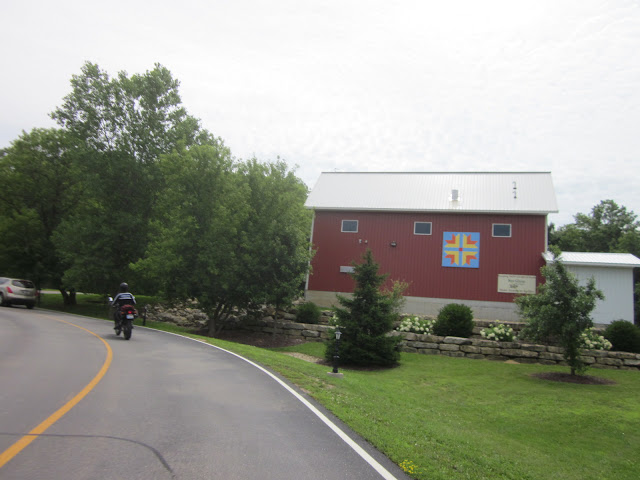 The approach to the brewery. 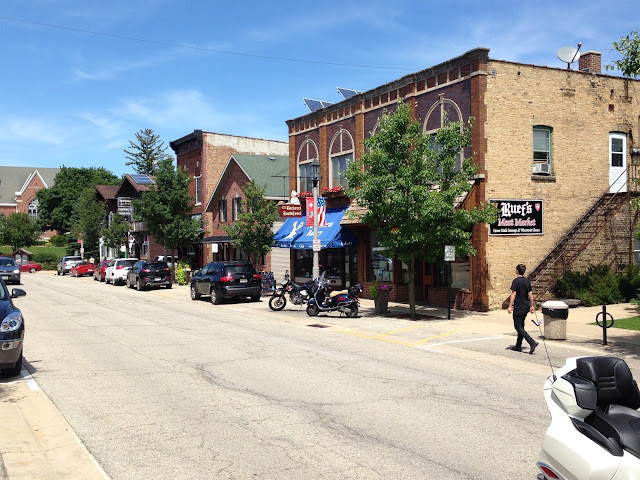 
I started for Taliesin again but abandoned and decided to find a hotel to relax, then take the Sullivans to dinner at the restaurant of their choice, a nice Japanese restaurant just north of downtown Madison.  We had the fine dinner, then they dropped me off at the hotel and Robert rode the scooter home as Nora drove the car.  It was wonderful of them to loan me the scooter for the time I was there. It was perfect for me and the rides planned. 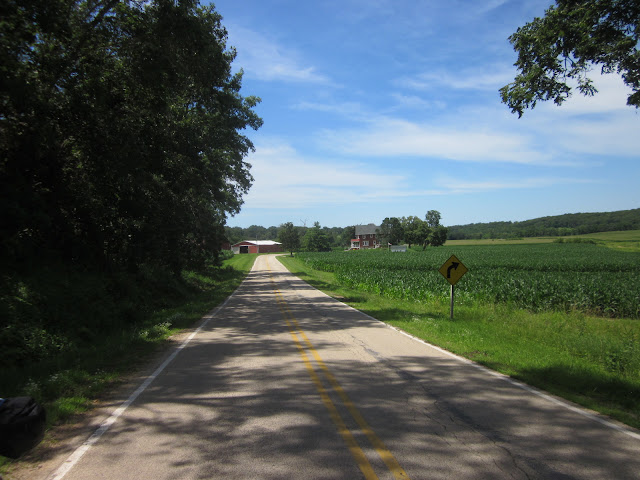 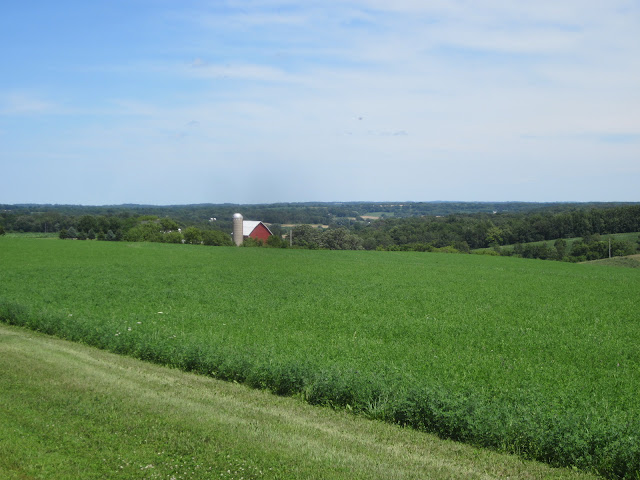 More Wisconsin farmland.  The greenest place I have ever seen. 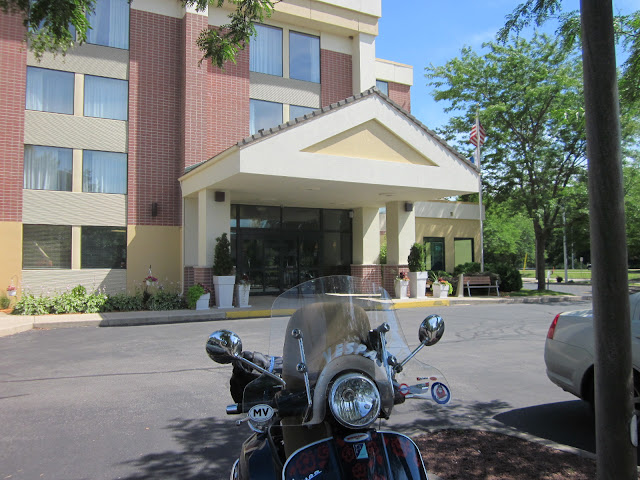 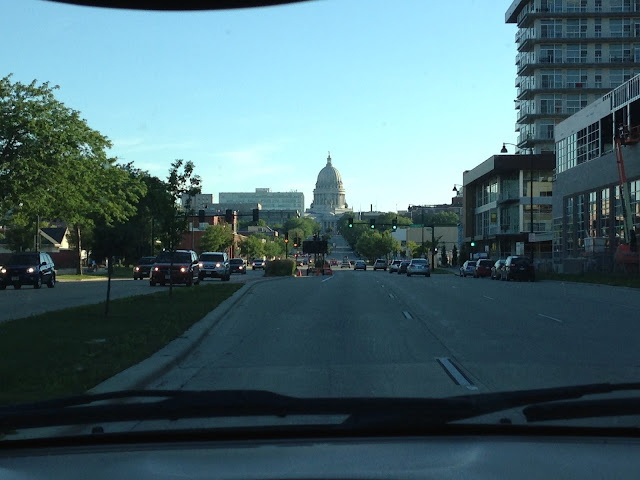 On the way to dinner I shot this from the back seat of the Sullivan's car.

Posted by Bill Leuthold at 6:28 PM