Yesterday the club had a ride to St. Simons Island, Georgia to have lunch at the Southern Soul BBQ.  We had 12 start the ride, then we passed a nice fellow, Gary on his Aprilia Scarabeo 500 in Yulee.  He joined us, making it 13.  The food, at least mint, was terrific.  I didn't remember it being great before, but I had a Soul Bowl with collard greens, hop n john and pulled pork on top.  I could eat that every day.

The ride was all quite uneventful for me.  We apparently left Aldo at a gas station near Brunswick.  My fault as it was a busy place and I didn't count before leaving.  But it got worse.

After I split off to ride I-95 the last 30 miles home, my brother David was trailing behind and his one year old BMW C650GT stopped running.  He had it towed and it will end up at the dealership when they open on Tuesday.  But worse, Russ, on his 2005 GT200, had his stop on US17 near Yulee.  He thought it was a belt so he took the cover off to find it in perfect condition. Then he thought maybe the coil.  He called his friend John who arrived with a trailer and hauled it back to the warehouse where Boris waited.  They removed the spark plug to find it smashed.  It looks like the second dropped valve in a GT in the past two months.  His has 36,000 miles on it.  Mine has 56,500 now and has me worried a bit about its ability to get through the Cannonball.

I do have Leslie's Vanessa as an extra GT for a while.  Russ can use her on some upcoming rides until he determines what to do. 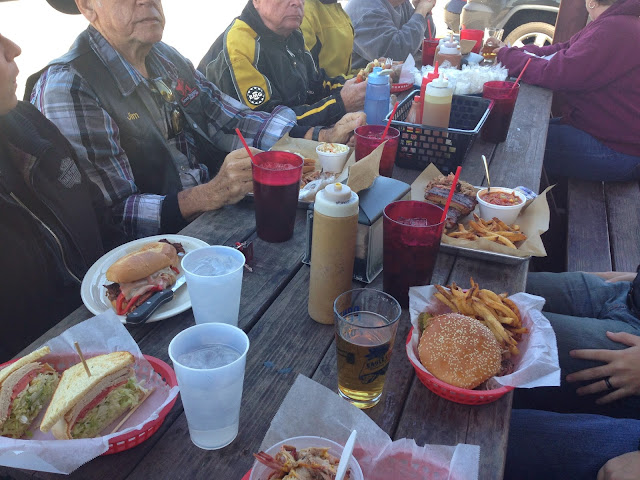 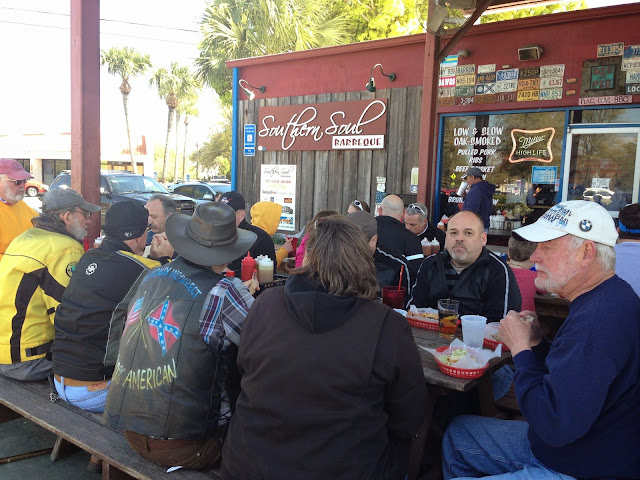 The gang at Southern Soul BBQ

On the bridge to Brunswick Russ' GT on trailer.
Posted by Bill Leuthold at 7:58 AM