Yesterday the 7 Bridges Scooter Club Sunday ride was to have lunch at the Peach Pit, a buffet restaurant in Waycross, Georgia.  They had been there last year and enjoyed the fare.  That was one I had missed so it was my first time.

The ride from Jacksonville to Waycross is to basically take US1 straight there.  It is not a great ride so I proposed that we go back roads to Folkston, then US1 the remainder of the way.  It was much better but still not the best scenery around, but we try to mix it up and see places on a rotating basis.

We had 12 riders including picking up the three Georgia Boyz in Folkston, then we added Bill, a snowbird who lives the cold part of the year in St. Simons, Georgia.  He rides a nice, green Vespa 250 GTV.

The buffet was as good as advertised, and all for less than ten dollars.

We rode home US1 the entire way. 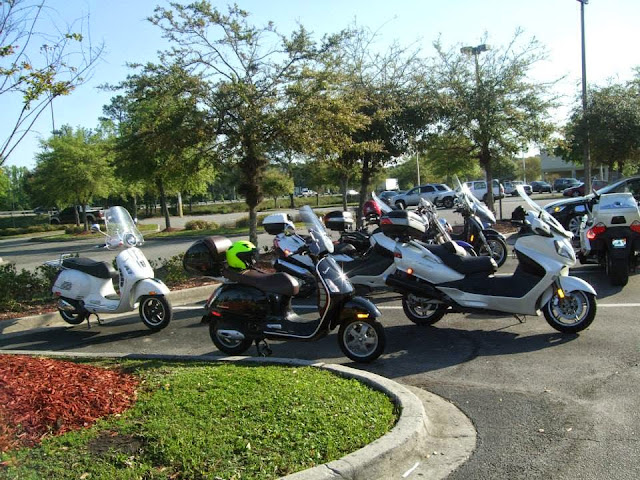 Scooters ready to head out 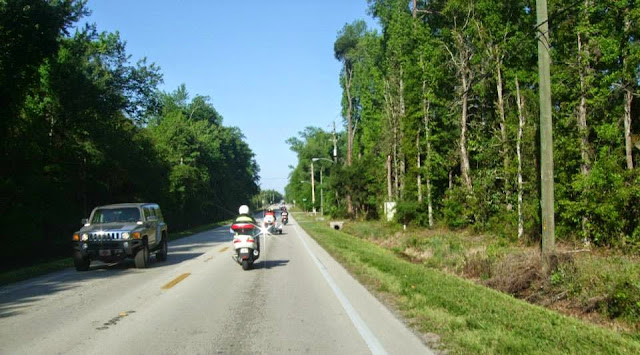 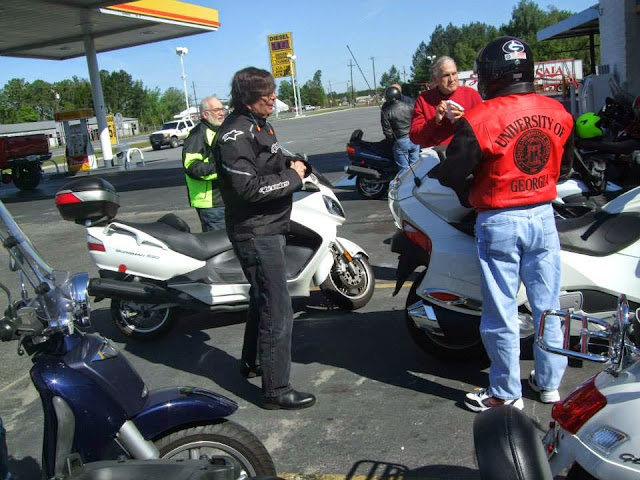 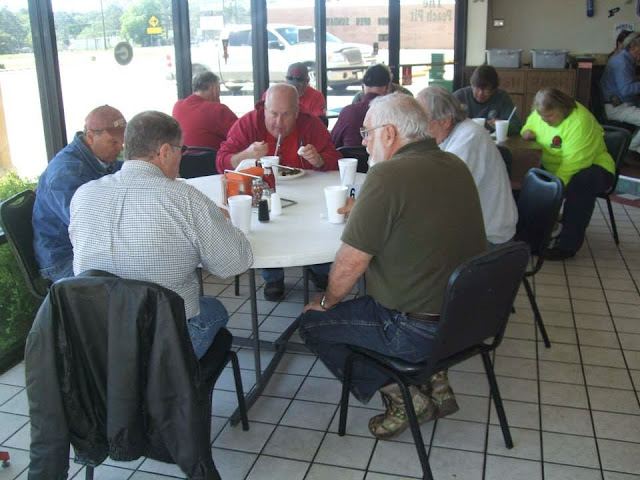 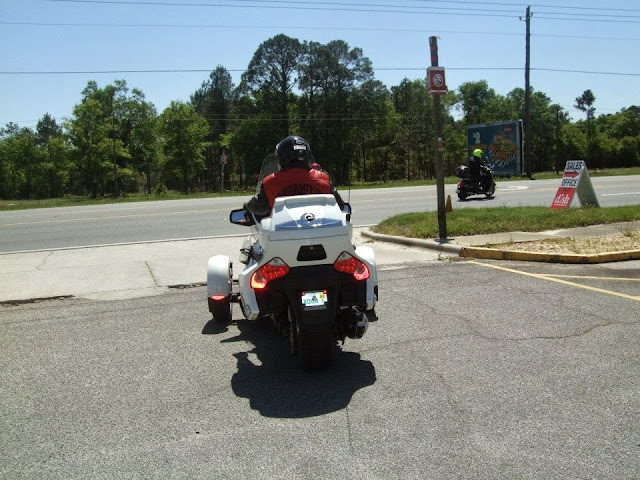 The ride was a test of my belt change that I made on Razzo the day before.  It was my first total belt and roller change, so I was pleased that it held up the entire way.  Razzo is a great scooter.  I have now had it one month and put exactly 1500 miles on it. 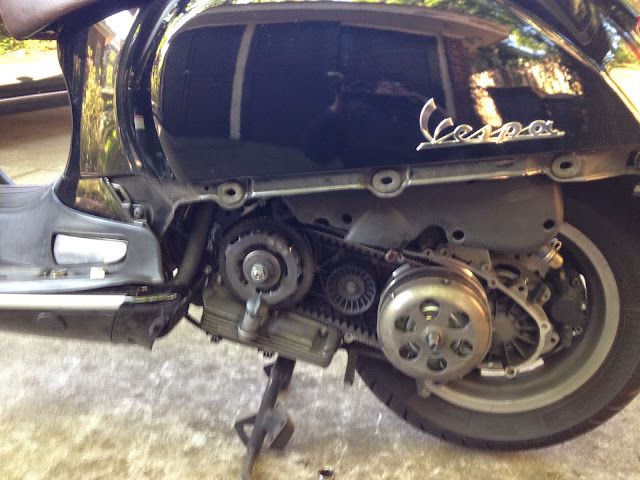 Belt change.  I did it myself this time.