Tomorrow, I am heading west, to meet up with Ken and Jim for Oysters at Lynn's Quality Oysters in Eastpoint, across East Bay from Apalachicola.  Then we are to spend the night in Apalachicola before I head back after breakfast (I do work for a living after all)

This will be the test ride for the new GT.  Should it make it there and back, I will be ready to take it anywhere this summer.

I headed over to meet up with Ken and Jim in Perry, so we could ride to Apalachicola together.  They had been joined by Cheryl (cdwise) who was taking a long loop from Houston to Key West, then up to South Carolina and back home.  We met at a convenient meeting place, a McDonalds entering Perry.  They were in the parking lot when I arrived.  We decided to head to Deal's Oyster House for lunch.  There we had oysters and oyster stew along with a few other delights.

Cheryl then continued her trip heading south while the three others went west to Eastpoint for more oysters at Lynn's Famous Oysters.  These were to die for, fresh and cold.  Ken and I each had two dozen while Jim, a new oyster eater, had a half dozen.  He liked them!

After eating and the usual photo op, we crossed the mouth of East Bay into Apalachicola.  The Gibson Inn, our hotel for the night, was right at the foot of the bridge as we approached.  It is a historic hotel, built in 1907 and restored along the way.  The building has racked a bit, no plumb walls or level floors, but filled with charm.  We all flirted with the reception clerk and got rooms at a very reasonable price.  Jim and I shared.

We had a beer in the hotel bar, a wood paneled room that had the old Florida character that I look for around the state.  We drank them in rocking chairs on the porch.

For dinner we ate at a waterfront restaurant, Up the Creek Raw Bar.  We all had shrimp, either fried or grilled.  Pleasant place with good food and very friendly service.

We walked through town and found another restaurant, Verandas, for dessert.

We all got to bed early and awoke early on Thursday for breakfast at 6:00.

Then headed off to St. George Island State Park.  It was foggy, but it was burning off to reveal a beautiful seaside barrier island beach.  We left there and I broke off to head home.  I made the 260 mile ride in four hours, staying off the highways except I-10 from Macclenny to the office.

I thoroughly enjoyed visiting my friends and seeing Apalachicola and all the roads getting there and back.

The new scooter was spectacular, running smoothly and quickly for well over 500 miles in two days. 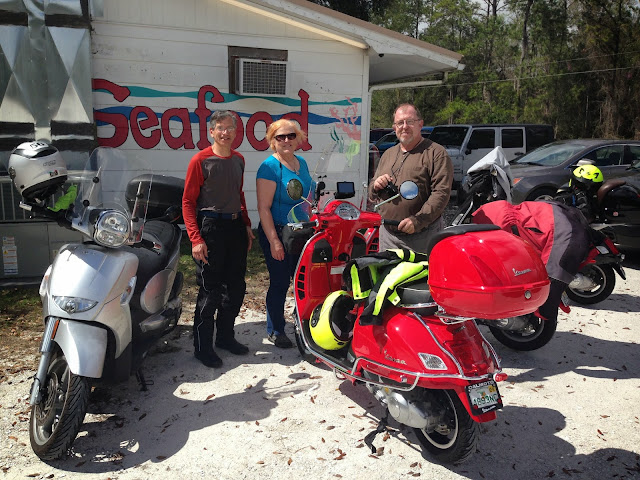 Jim, Cheryl and Ken at Deals 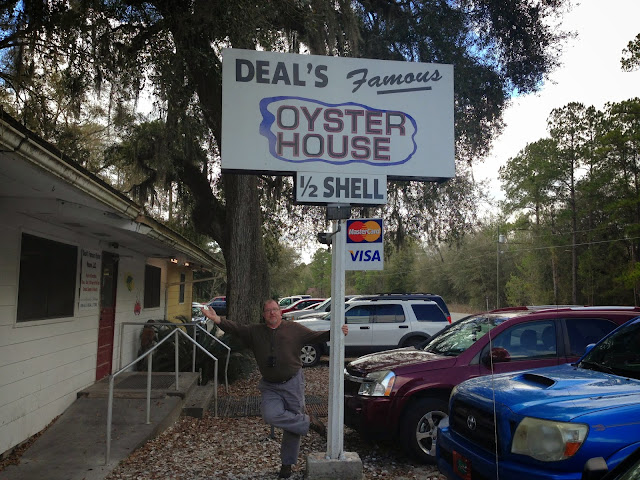 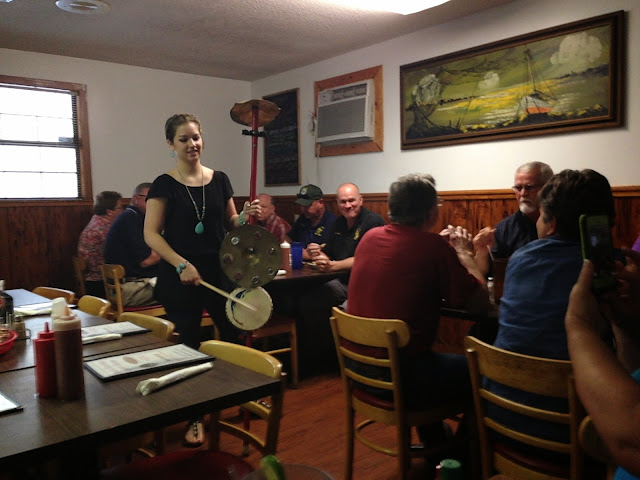 A little entertainment inside Deals 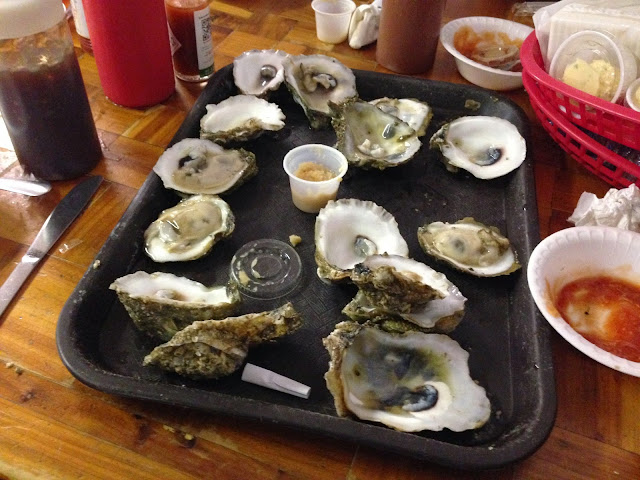 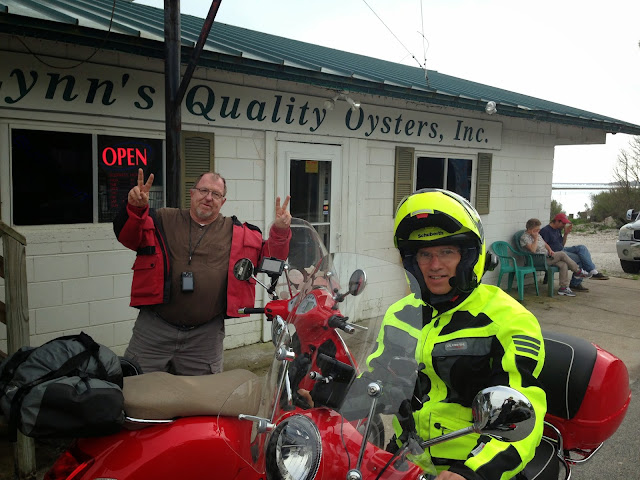 Ken and Jim at Lynn's 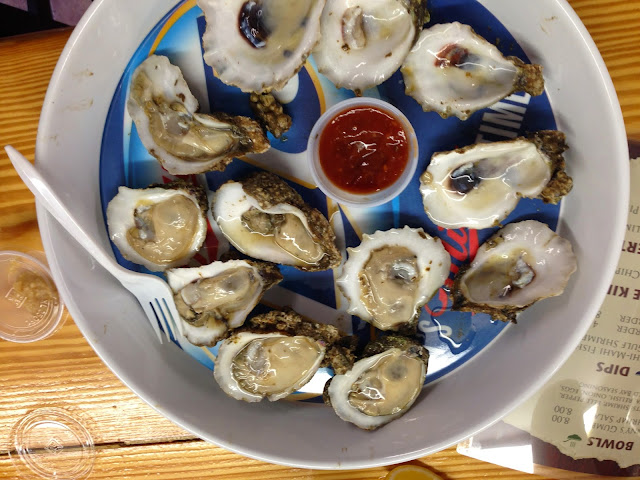 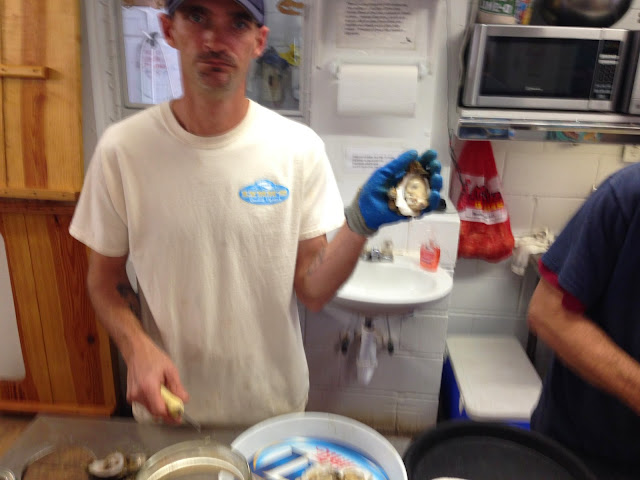 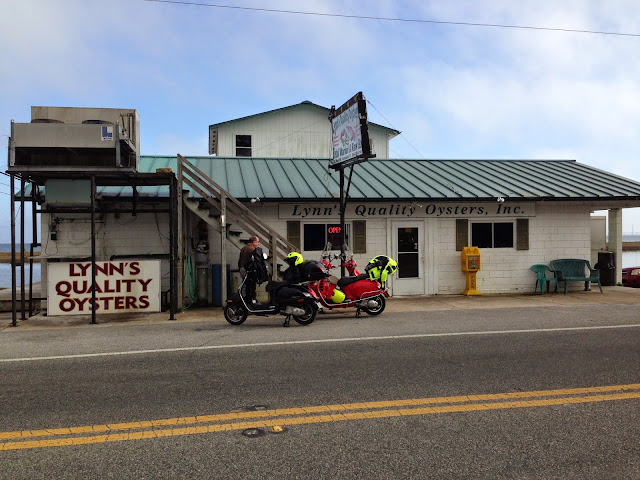 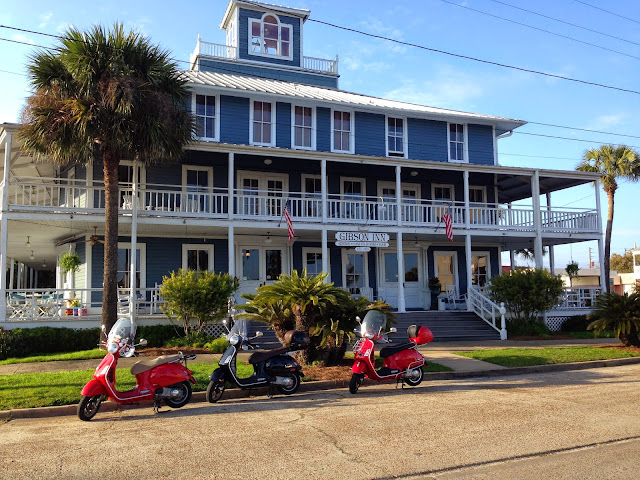 Three scooters at the Gibson Inn 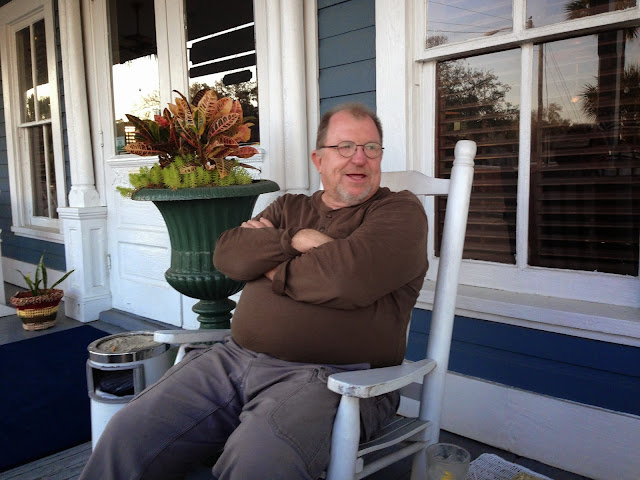 Ken on the porch 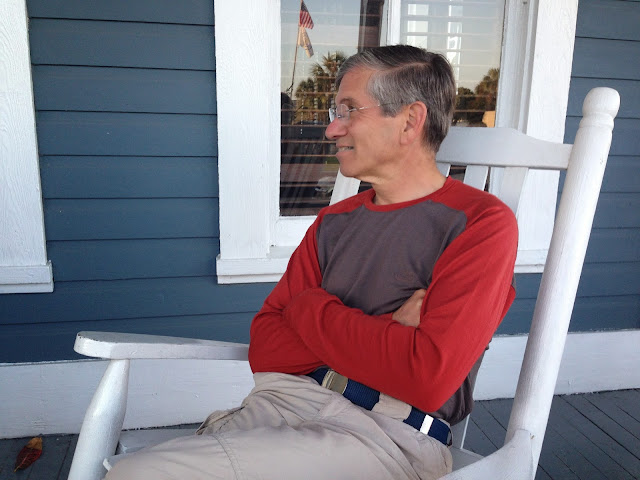 Jim on the porch 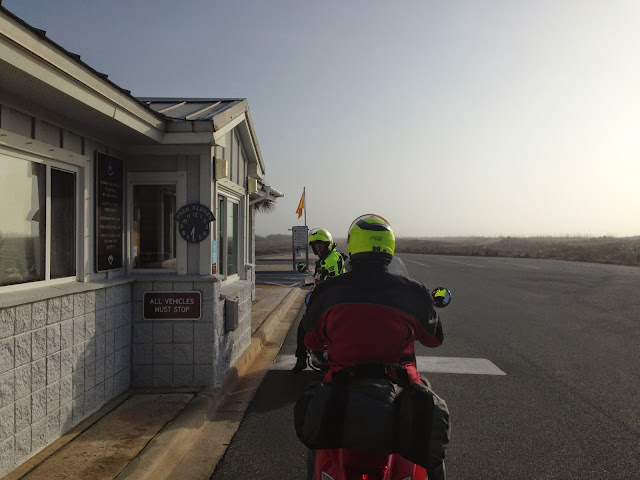 Checking in at the St. George Island State Park 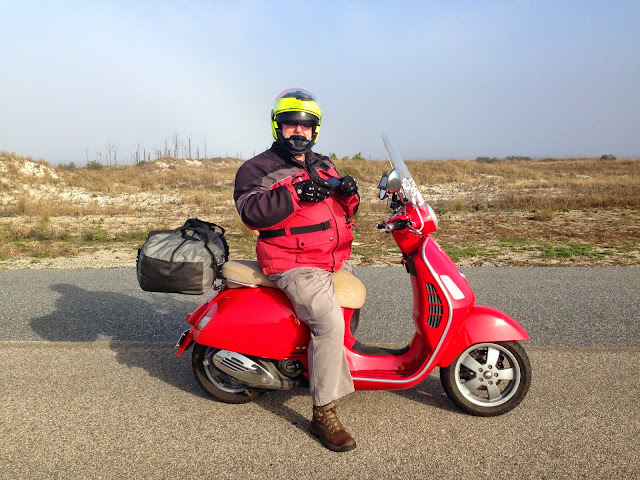 Ken, messing with his camera. 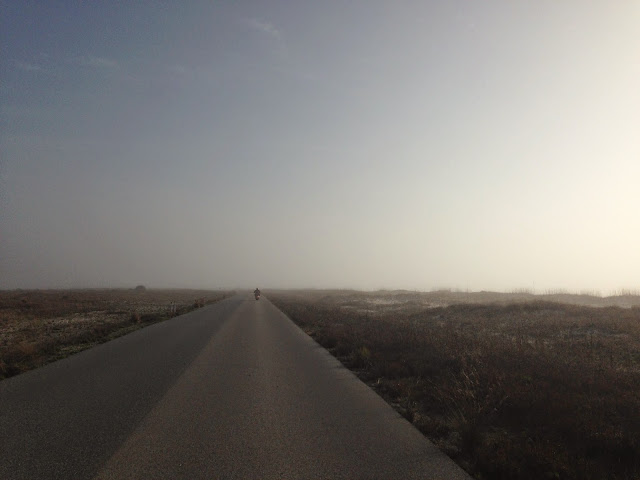 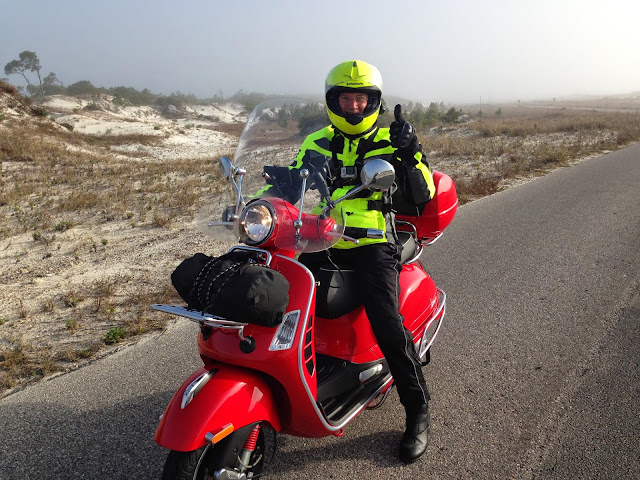 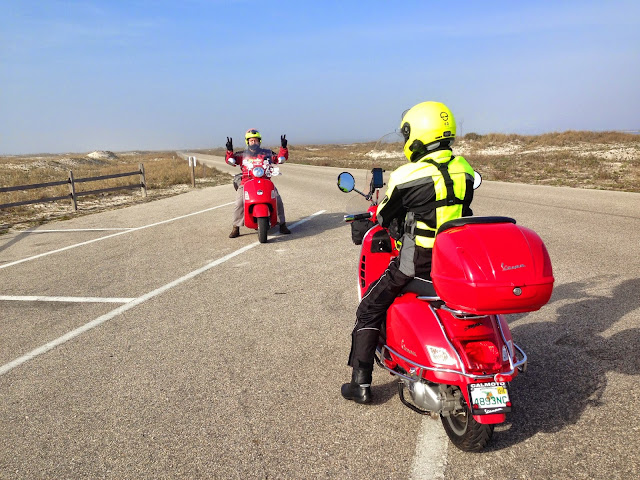