For the past 18 years now, my son Sam and I have attended the Amelia Island Concours d'Elegance, a wonderful antique car show that is held every March at the Ritz Carlton hotel and golf course on Amelia Island.  We missed the first one, and Sam missed one that was when he had a lot of school work to do to graduate from Florida State, but we have seen all the others.

It started as a small gathering.  less than 200 cars and around 2000 attendees the first year that we missed.  The attendees doubled the second year.  This year featured over 300 cars, including the cars of Sterling Moss, the Grand Marshall.  Attendance was over 25,000.

We used to drive to the show but for the past four years now we have been riding.  This year I took Razzo and Sam rode the Honda.  The beauty of this is that we can park very close to the entrance to the event.  They moved the entrance this year to the first hole and we parked literally 100 feet from the new opening.  The bikes ran great but Sam really doesn't care for the Honda.  I admit that it is very truck-like, but it does its thing, and efficient do it all motorcycle, very well.  Razzo continues to amaze me with its quiet, smooth demeanor.  I like it a lot.

This event is one big splurge for me.  I love seeing Sam and attending this with him, so I get him an airline ticket to fly home from wherever he is that year.  This year it is Chicago.  He arrived on Friday night.  Kylie came home from Gainesville too, so it turns into a fun family weekend.  We all spent the day together on Saturday.  Sunday Sam and I went to the Concours while Kylie and Sarah had brunch.  We had a family dinner together and I drove Sam back to the airport.  It was brief but fun.  I can't wait until next year. 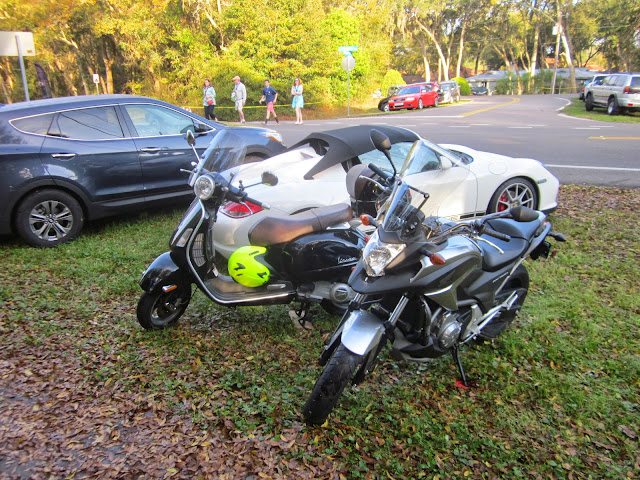 Our parking spot at the head of the line. 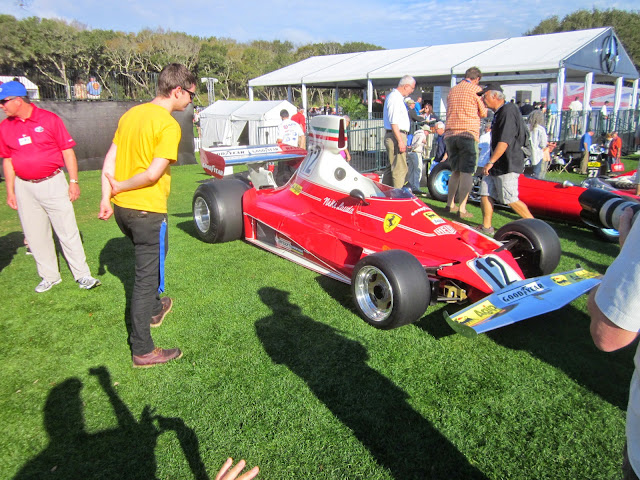 Sam checking out Niki Lauda's Ferrari F1 car from 1975.
That was the year they captured in the movie Rush. 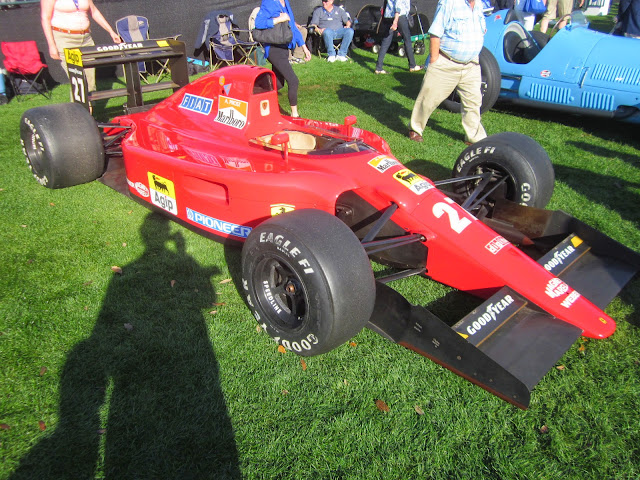 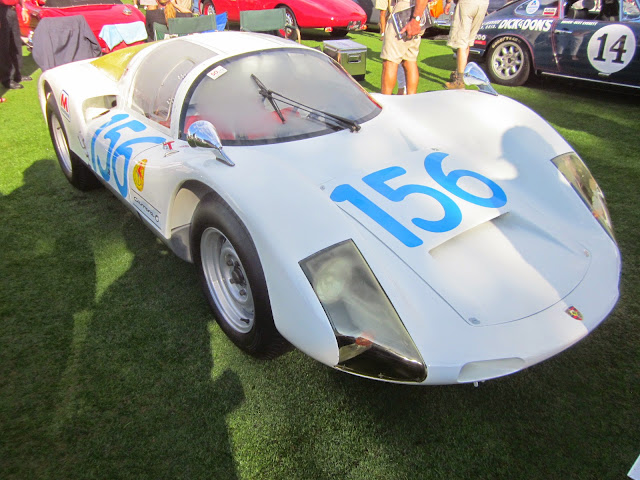 Nice Porsche racer.  I saw Peter Gregg race one of these at the
Fernandia Beach Airport in the mid 1960s. 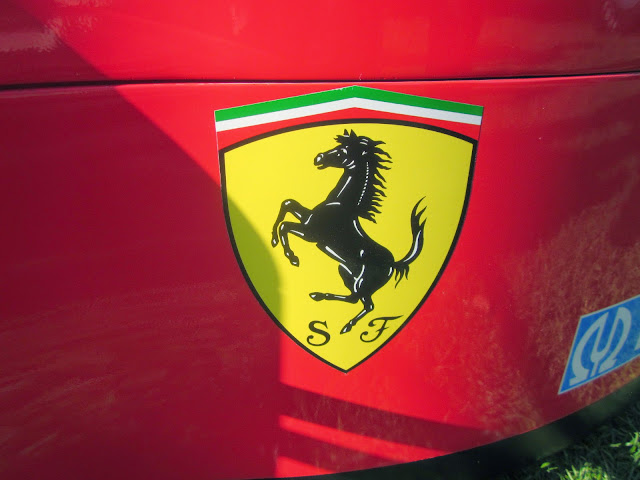 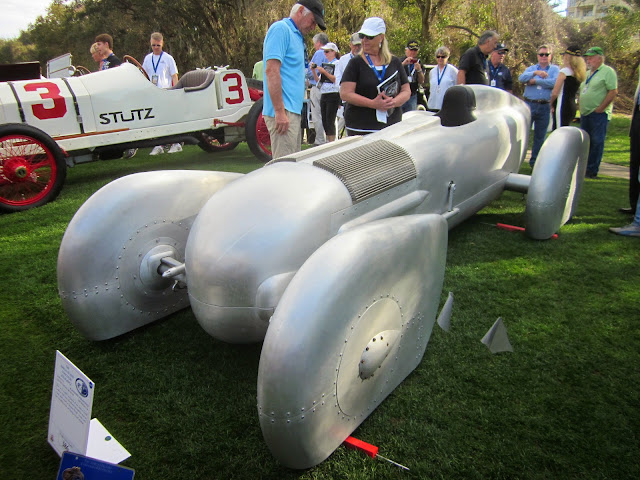 Maybe my favorite car of the show.
It is a reproduction of a Stutz land speed record car. 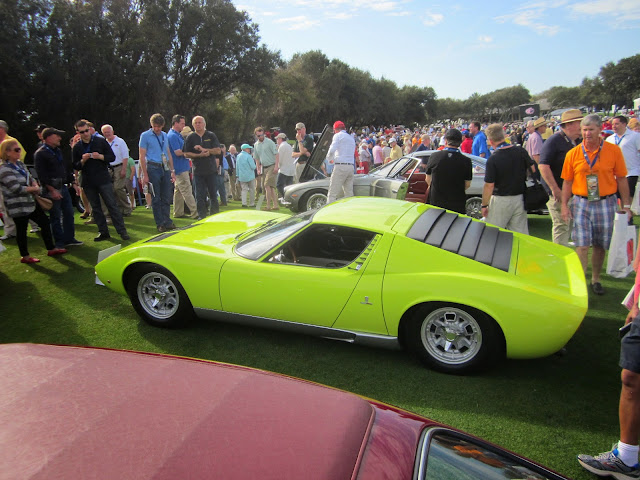 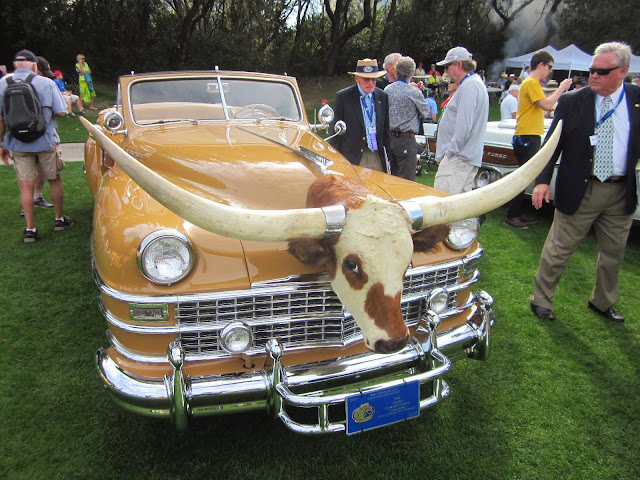 A special group was Cowboy Cars. 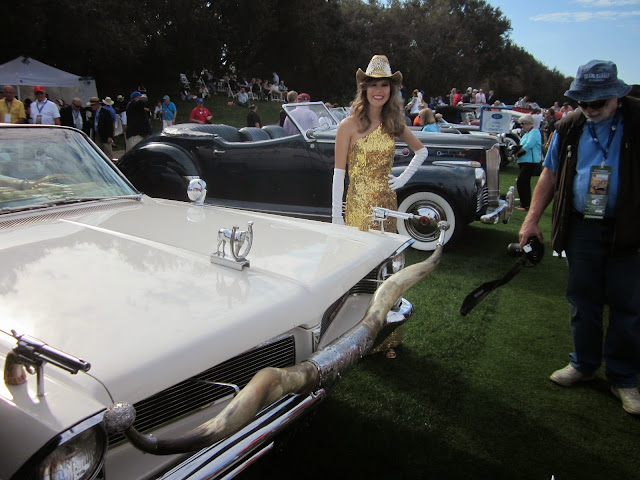 And the Cowboy Cars had a nice model to accompany them. 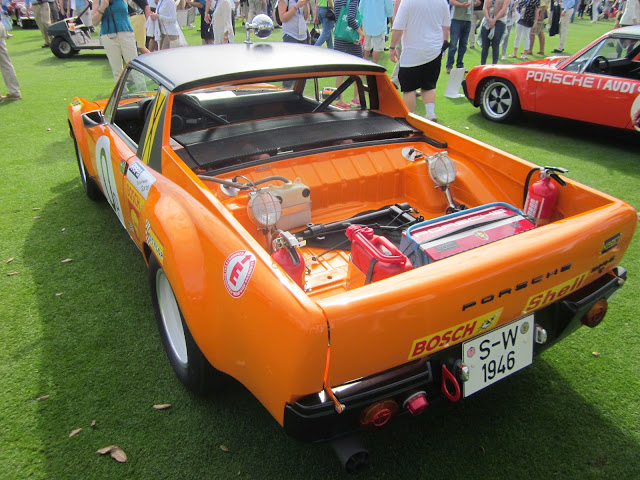 If the bed was longer, this would be the perfect scooter hauler.  Porsche 914. 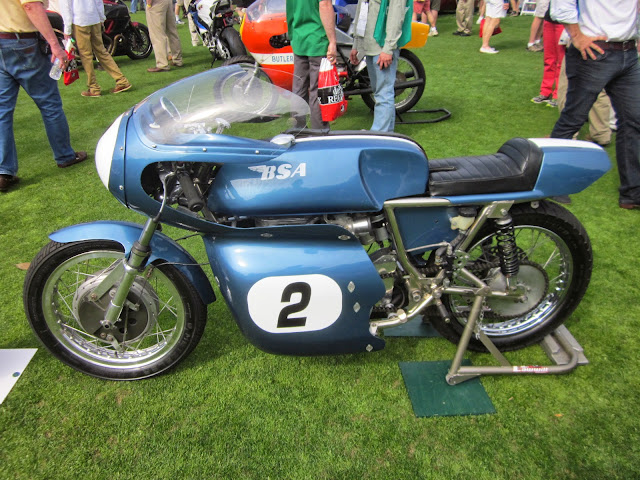 They always have motorcycles too.  This BSA racer caught my eye. 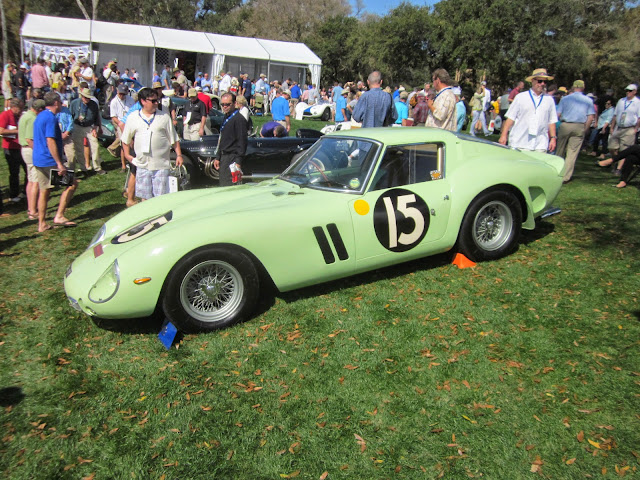 A Ferrari GTO that Sterling Moss raced in the 1960's.
These are the most valuable cars in the world now.
This one could be worth 40 million dollars. 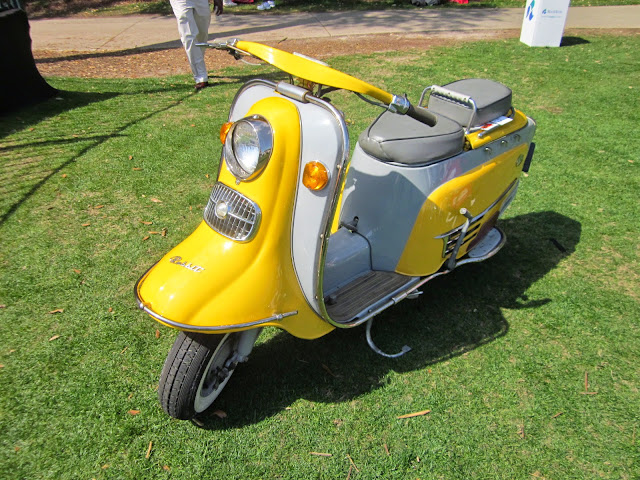 Not in the show but hanging around one of the cars was this Fuji Rabbit scooter. 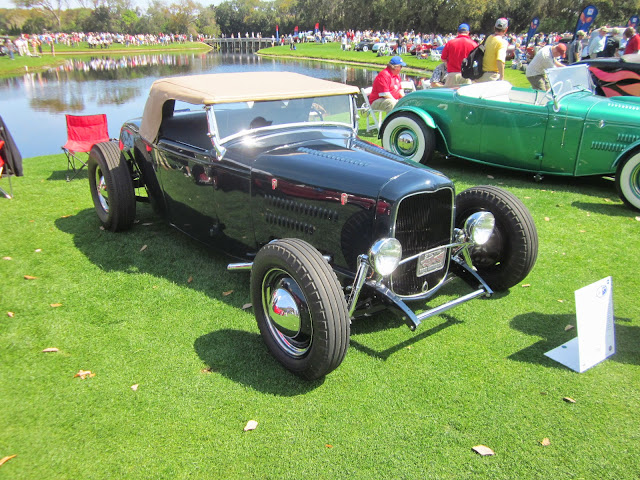 They had Hot Rods too. 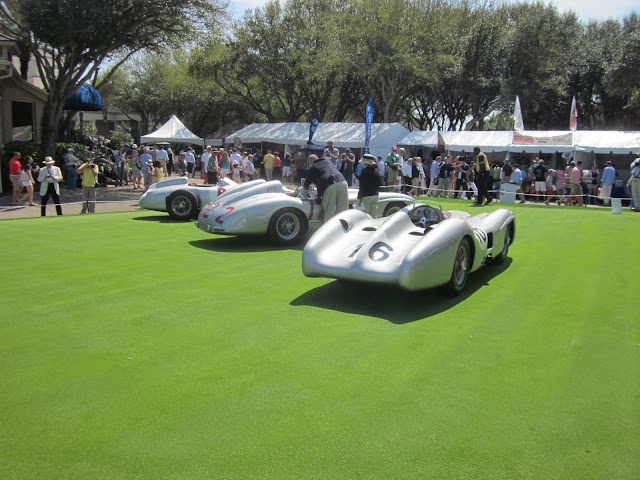 These are three Mercedes Benzes from the 1950's.  The one that the officials are honoring might be the most famous car in the world.  It was driven by Sterling Moss to win the Italian Mille Miglia in 1955.  The story behind the win has led to its legend.

Posted by Bill Leuthold at 8:07 AM