With my new acquisition, the 2005 GT, I now have three Vespa GT's in the garage.  Of course I still have Rocket, a 2006 with over 66,000 miles.  Then there is Vanessa, a 2007 GT that I am keeping for my friends Leslie and Maria who are in Italy for three years.  She had just under 3000 miles on her when I first got her and now has just over 5000 miles after one year.  One reason I bought the new one was to keep from putting too many miles on her.

The new one is to take on several long rides planned for the future.  The club is riding to the mountains of Virginia in late April and I plan to ride to the MP3 spring gathering at Little Switzerland in late May.  Then there is the 2016 Scooter Cannonball Run.  Rocket is simply not capable of these rides now, but is having fun being the around town hot rod of the group with its cut down windshield and Leo Vince pipe.  It has been handling these rides very well.

I just take Vanessa out on rides to keep her fresh. 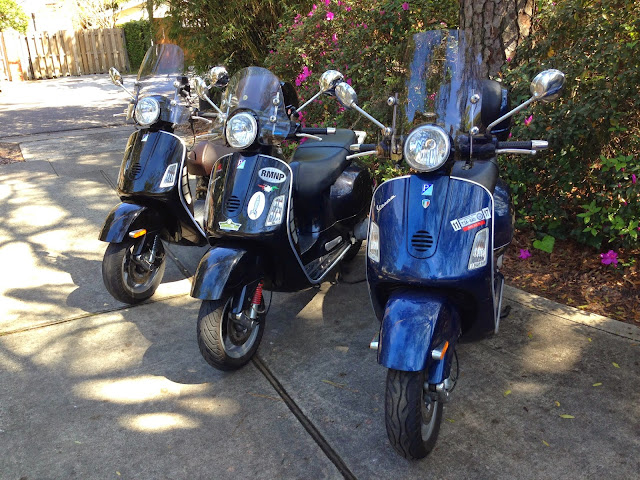 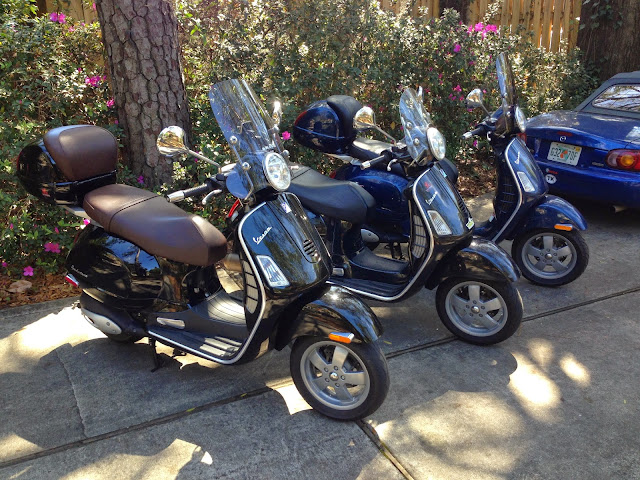 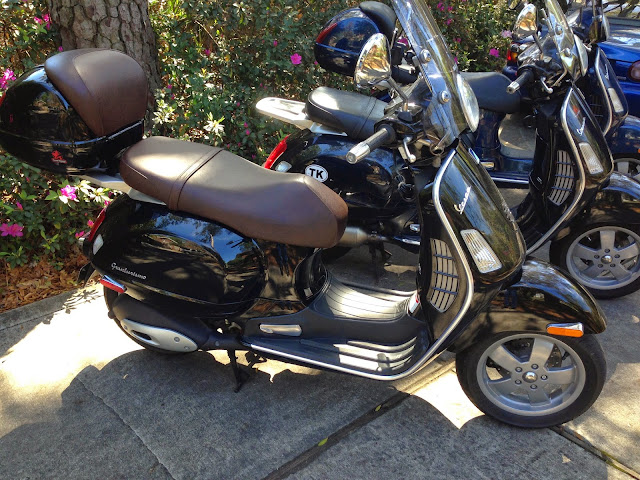 This one looks brand new.  It is hard to tell that it is ten years old.
Posted by Bill Leuthold at 8:32 AM