We just returned from the big ride to North Carolina.  One and a half days up and back with one rainy day in the middle.  Unfortunately, that was the day we had some nice rides planned.  It was fun anyway. but could have been better.

Going up, in Washington, Georgia, Rocket's belt began to slip.  We stopped at a gas station along the highway, opened it up to see what we had.  It turns out that the variator nut had backed off some and the splines in the outer drive pulley had stripped.  This was preventing the variator from gripping the belt properly, making it slip.  I had a spare outer drive pulley  , but had left it at home.  We were stuck.  But Russ called George at Scooter Parts Co, and he had the parts and could get them to UPS for delivery to me the next day before 10:00.  He came through as the parts arrived at 9:45.  Rocket was all set for installation, that I did immediately at the gas station, where we had left Rocket overnight.  And it ran great right away.

It was a nice experience as everyone at the gas station was so nice to watch Rocket overnight, and they allowed us to work on it in the shade of the canopy.  At the hotel where David and I stayed the night, everyone was great as well.  We had a nice dinner at a Mexican restaurant next door, with some very tasty happy hour Dos Equis on tap.

David and I made out way up to Saluda on our own to meet up with the others.  The ride was uneventful, but I babied Rocket all the way, feeling a slight vibration while riding.

We had dinner at a Bar-B-Que restaurant in downtown Saluda with our host Mike and his wife Sherry.

Rain came the middle day, but we went for a very steep, twisty ride in a loop that ran around 25 miles near the hotel.  We hit rain in the last part and all donned our rain gear for the dash back to our rooms.  Several in the group borrowed the hotel's van for a trip to Hendersonville for lunch and shopping, but I decided to stay in the room to watch some baseball.  When the weather finally cleared, I rode to Hendersonville and Brevard by myself just to get out and about.  It was a good ride.

In the evening we had dinner in Saluda again, at the Saluda Grade Cafe.  Everyone enjoyed their food and the entertainment, a five piece bluegrass group playing nice tunes in the corner.  It might have been the highlight of the trip.

The next morning we met up with Mike again and he took us for a ride heading south through Caesar's Head State Park in South Carolina.  Fantastic roads and views, including a stop at Caesar's Head itself.

We stopped in downtown Abbeville, SC. for lunch, then made it to Vidalia, the sweet onion capitol of the world for the night after a long, slow ride.  We arrived after 6:00, but only rode around 280 miles in the day.  We stayed at the Comfort Inn where we had stayed last year, but had takeout Pizza and wings in one of the rooms.

The ride home was excellent, cool but beautiful weather making quick time of the last 150 miles.  I took Rocket on the interstate highway for the last fifteen miles, hitting 80 mph easily while running with the cars.  It is still quite a performer. 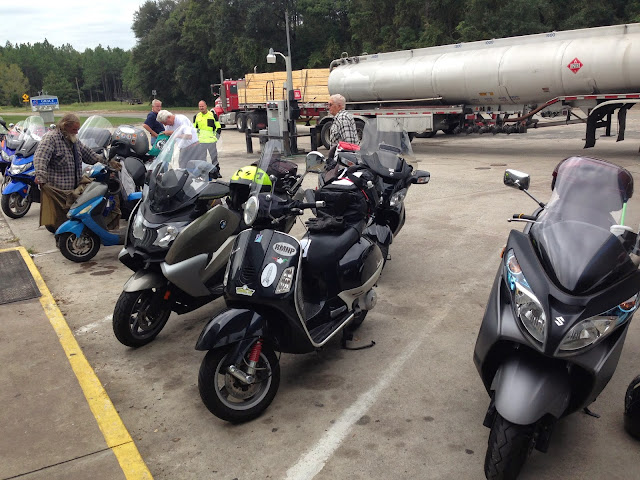 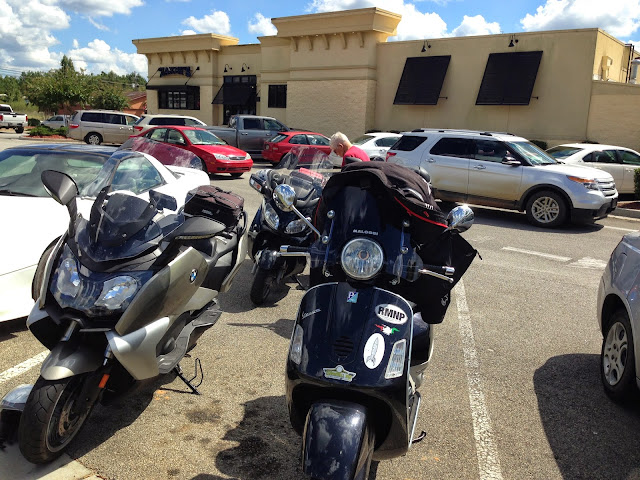 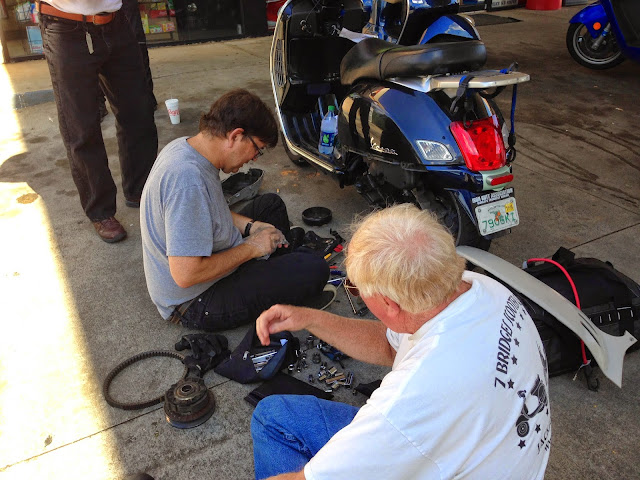 Damage on Rocket being assessed 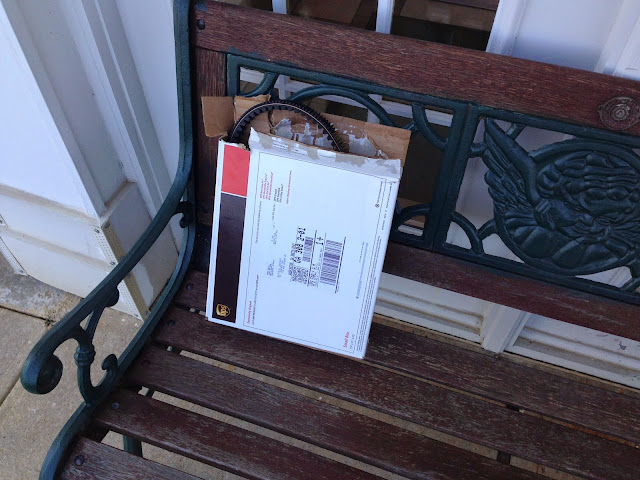 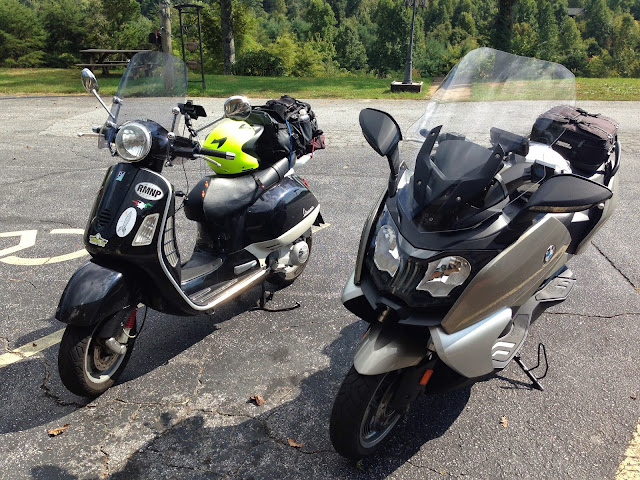 David and I made it to Saluda! 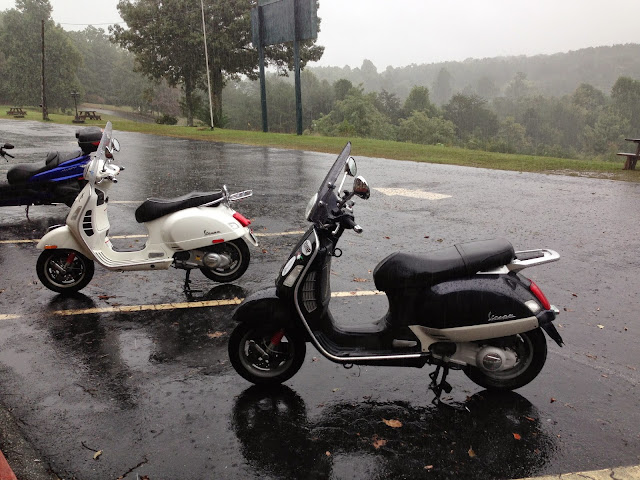 Rain out most of the riding day 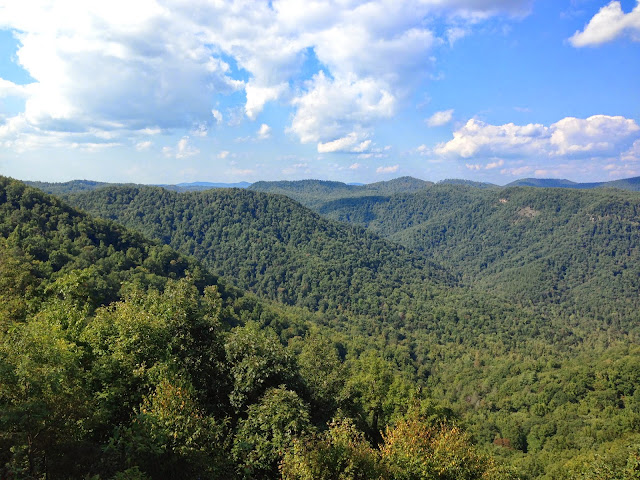 The view from the hotel 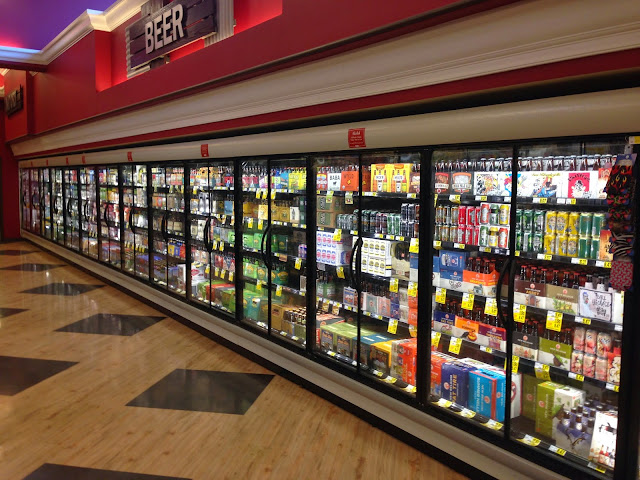 Beer selection at Ingles in Hendersonville 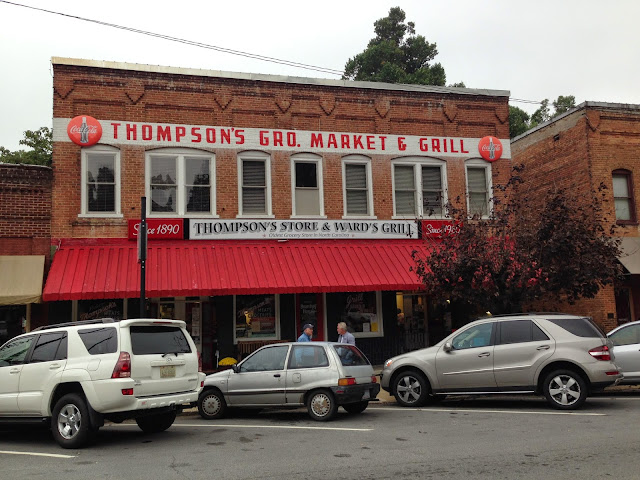 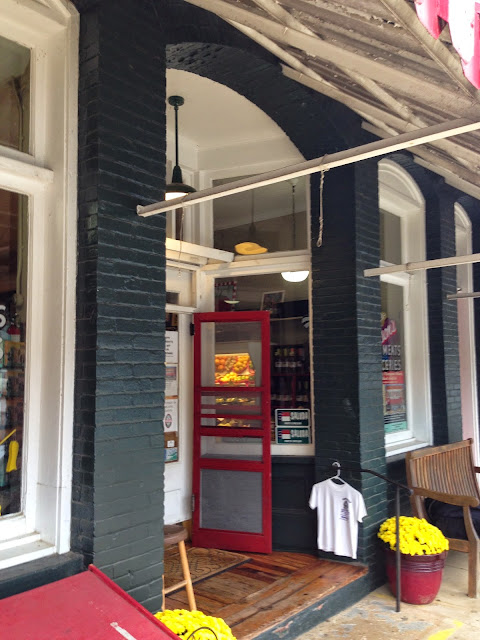 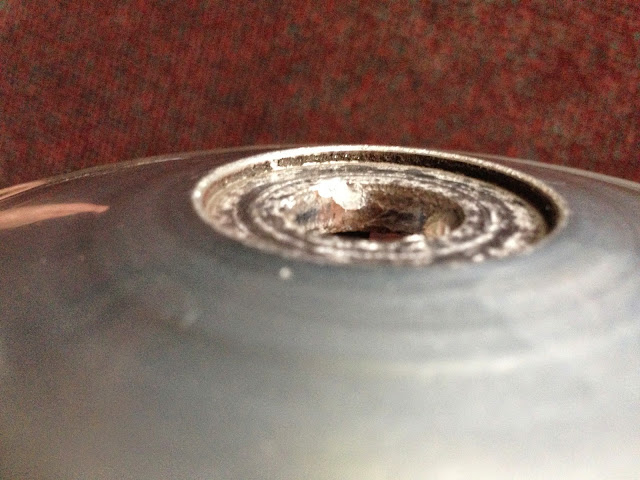 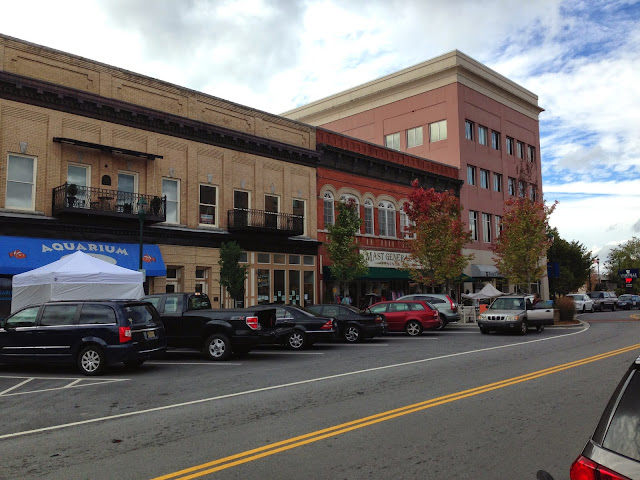 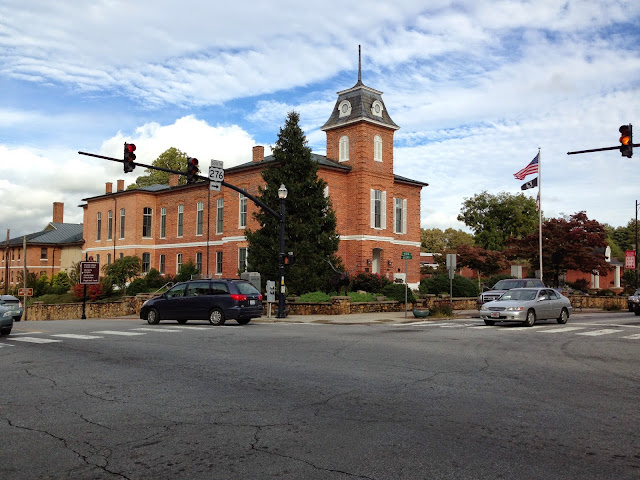 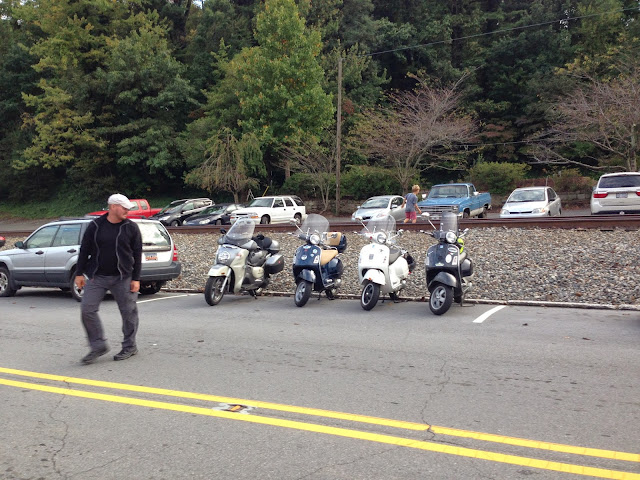 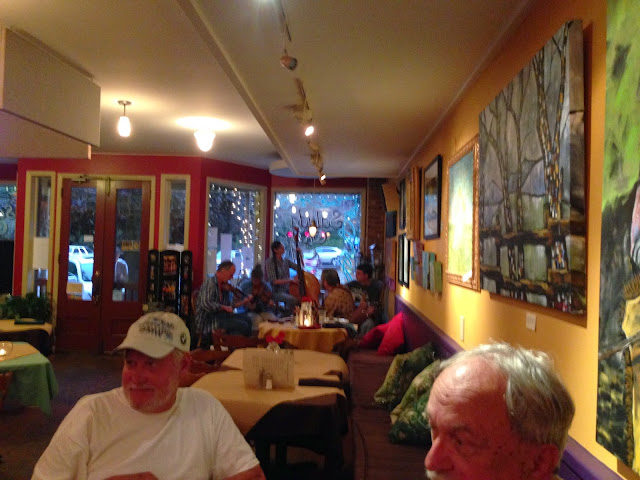 Dinner with the band in Saluda 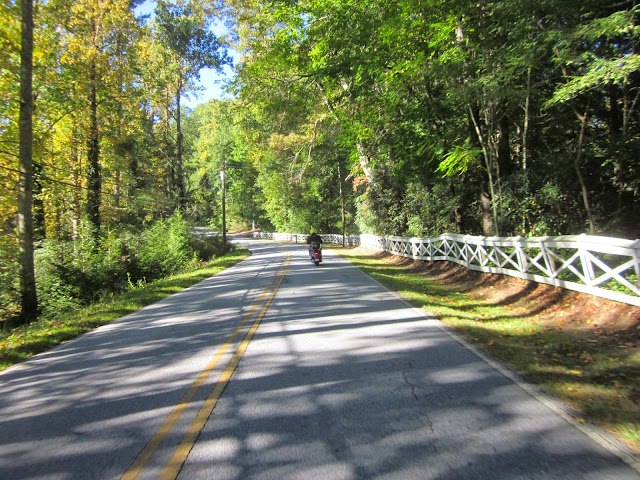 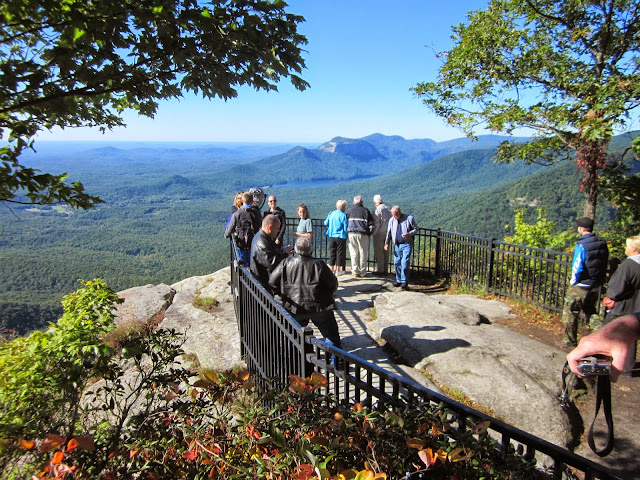 Caesar's Head.  Quite a view. 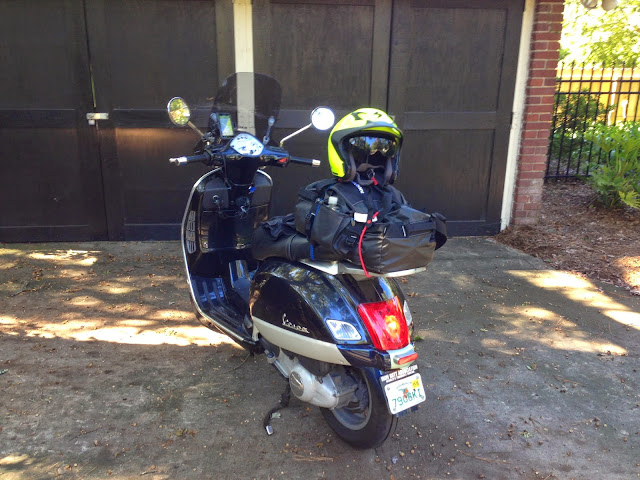 Rocket back home
Posted by Bill Leuthold at 3:50 PM