Saturday the Buccaneer Region SCCA had our annual North vs South Autocross Shootout.  This event places the Coastal Empire (Savannah) division against the Jacksonville division and is held at Roebling Road Racetrack, about 15 miles west of Savannah.

The South had 22 participants and we won the cup for the third time.

They had timing issues all day, so I was there from 8:30 until 6:00.  It got hot and everyone tired, but when I got my runs in it was exhilarating!  It had to be among the fastest tracks I have driven, with me in third gear most of the time.  I got two reruns due to the timing messing up.  On one of them I had a passenger, a very nice engineering student from Georgia Southern.  I was hustling my way around and got indecisive heading into the last three cone slalom.  I dove to the inside then, while trying to carry too much speed around the middle cone, spun in a full 360.  That was unusual but we weren't alone.

In the PAX handicap system where we can all compete together, I finished 17th out of 102, fifth among our group.  It was a lot of fun running and hanging out with my racing friends for the day. 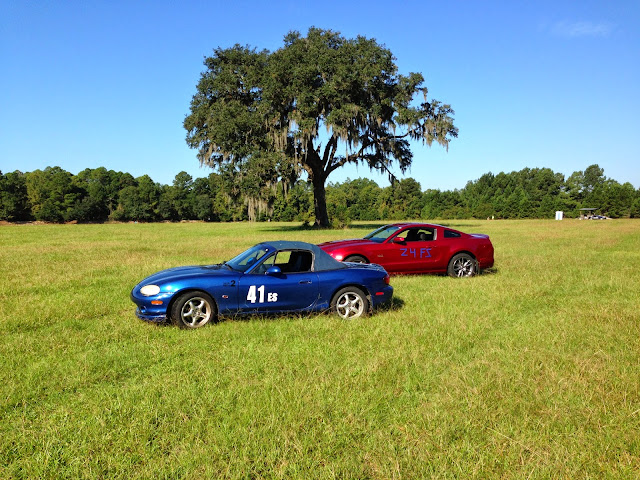 My Miata with Tony's Mustang at our work station 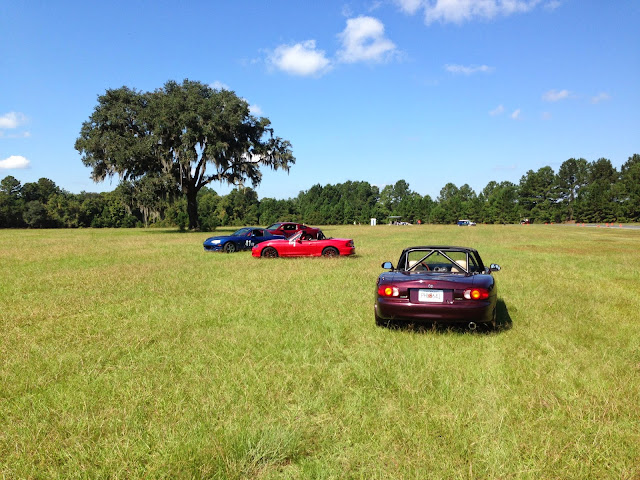 Jacob in his GTI at speed.  The cone jumped out in front of him.

Posted by Bill Leuthold at 3:24 PM