On Sunday, five us us rode from Jacksonville to Suwannee, Florida, a very small outpost on the gulf side of the state.  Luckily they have a nice restaurant, where I had oyster stew, fried oyster poboy and a fillet of mullet as an offering from my brother.  It was all very good.

I had to take the Honda as Rocket appears to have a crack in the header pipe.  It probably could have made it, but the Honda needs to be ridden too.  Leslie's Vanessa continues to leak coolant and now I have found that the new back tire is out of round.  Scooter ownership has its issues.

Weather was great, cold in the morning but nice and toasty returning.  Not a cloud in the sky all day. 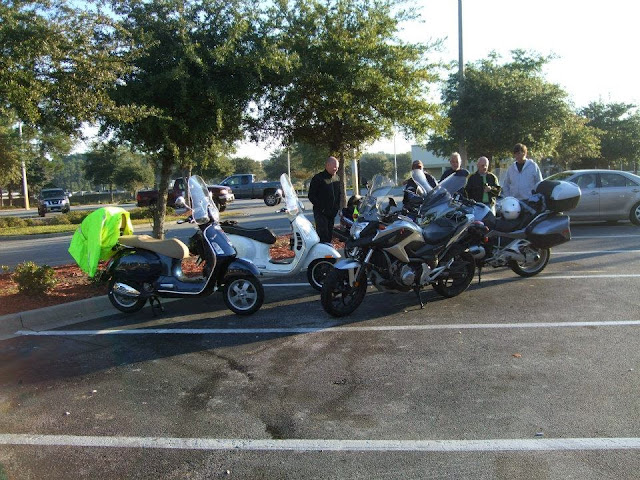 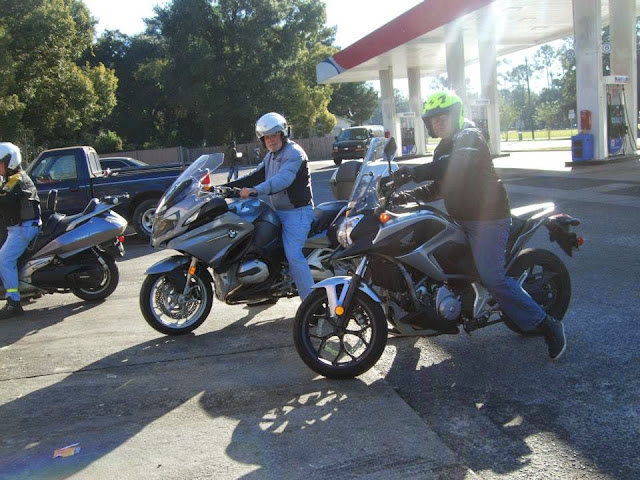 Leuthold brothers on their bikes 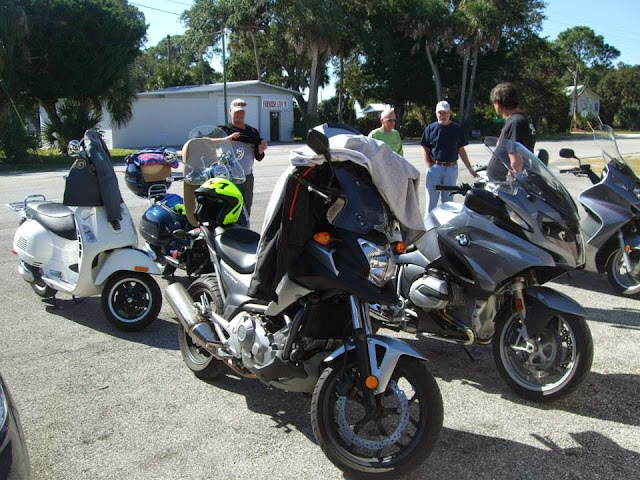 Bikes at the restaurant 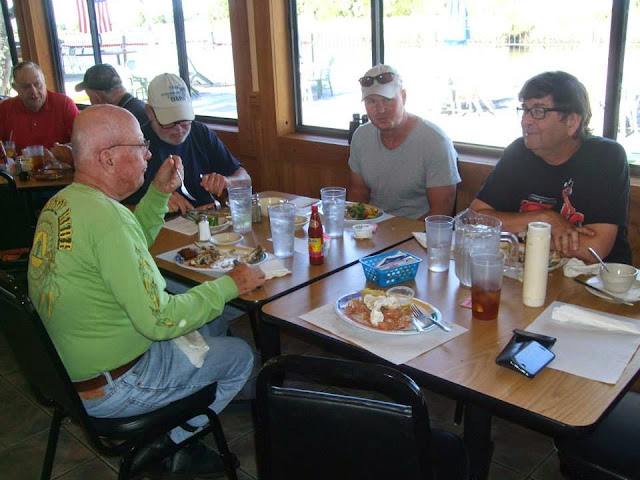 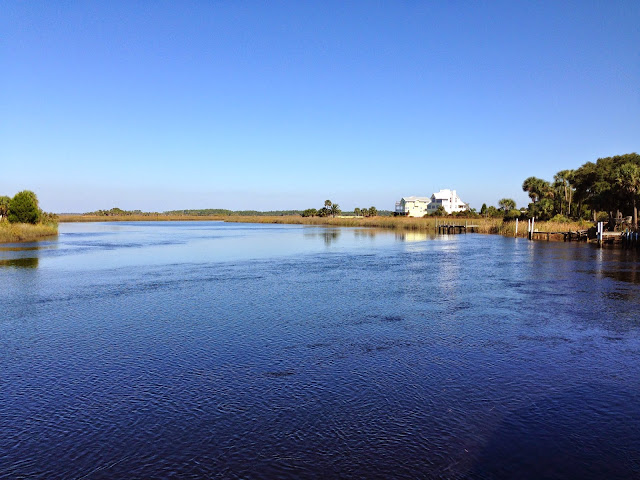 View out the back

Posted by Bill Leuthold at 3:25 PM