A couple of weeks ago I was talking scooters with a friend while standing in line to pay for lunch at Whiteway Deli.  Another friend was listening and told me that she had an old Lambretta sitting in her garage.  I asked if she would be willing to sell it and she said yes.

She has had it since the mid seventies.  Turns out that she bought it in Washington from someone who was being shipped off to Asia.  He sold it to her for $1.00.

She rode it for a while, but it has been sitting in her garage for more than thirty years.  She said that her 33 year old daughter has never seen it.

I called yesterday to go for a visit and we went to the garage and took off the cover to expose an old, worn Lambretta Li 125, Series III.  I believe from 1963.  It turns over when kicked, but everything is old and stiff, as to be expected.

She suggested a trade for me to take it home.  I design a small porch on the back of the house and she turns the Lambretta over to me.  It is certainly a good deal for her, but I like that sort of thing.

I contacted Boris, who said he can get it going again.

I am going to do it! 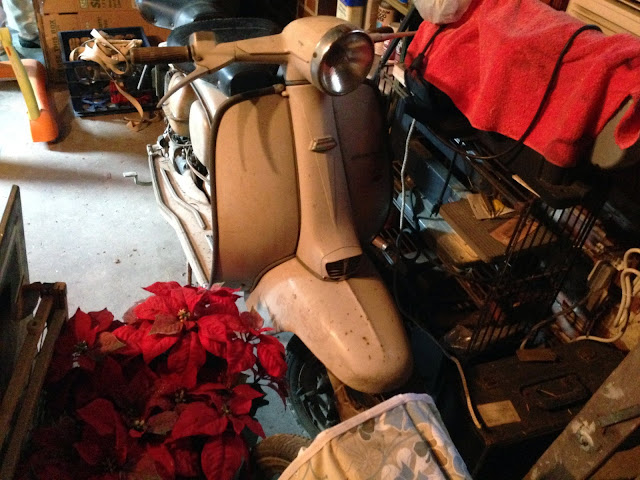 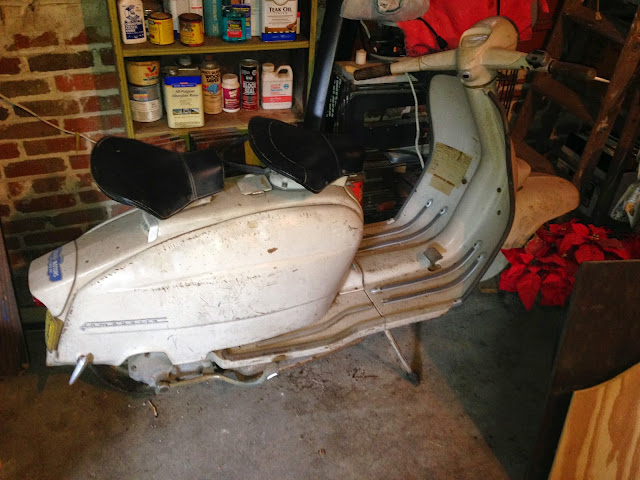 Dents and old paint, but it should be a runner soon.  I love the twin seats. 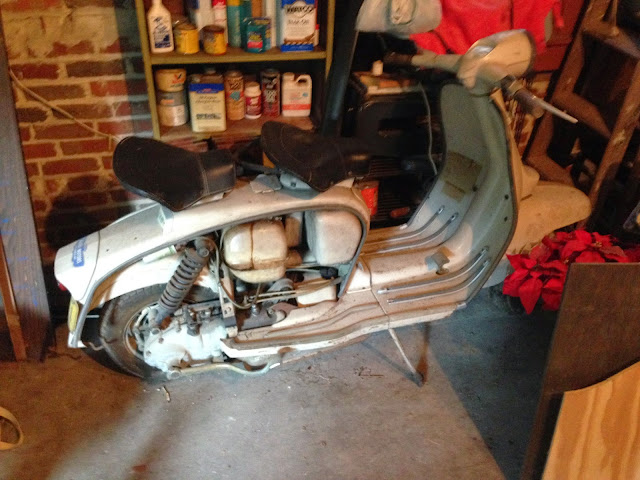 It looks fine inside too. 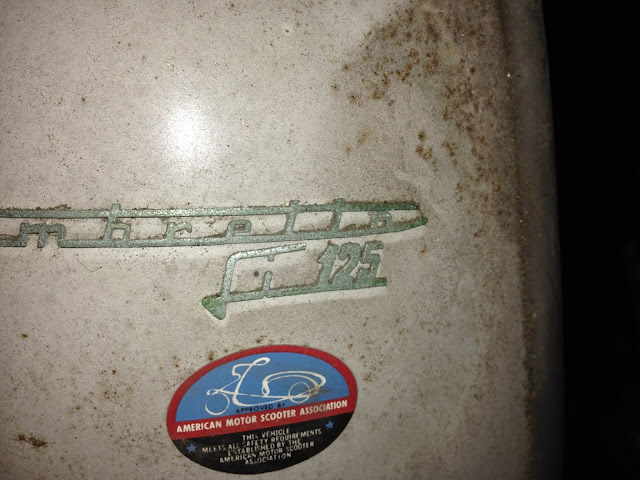 It appears to be in good condition for one that has been sitting for more than 30 years.
It has 2200 miles on the odometer.