Sunday, the scooter club had a ride to Fernandina Beach.  That is one of our favorite destinations as it is close and the ride is along the river, then heads north through Little Talbot Island, Big Talbot Island and Amelia Island.  It is a beautiful area.

We broke into two groups at the start with the motorcycles heading to Folkston, Georgia while the scooters (plus Jim on his Goldwing) went to Amelia Island as planned.

We usually go over the Dames Point Bridge, part of I-295, but one of the scooters was a newcomer, Joyce, on her Kymco 125.  So we went through downtown where we caught up briefly with the motorcycle crowd.  From there we headed down Hecksher Drive to meet up with Mike at the entrance to Little Talbot Island State Park.  From there we had some time to kill before lunch so we ran along the beach in the north end of Amelia Island, then across to the town of Fernandina Beach where we rode down Centre Street.  Then south on A1A to Barbara Jeans for lunch.

We ate outside and were joined by Elaina and her girls Sarah and Samantha.  Food was good and the ride very nice on a beautiful day.

I broke off from the group heading home at the Ferry as I wanted to get back to watch the Jaguar Game.  Our house was off limits as we had a showing so I went to O'Brothers.  I sat outside and got a visit from my good friend Drew, the owner of the establishment, then my wife Sarah came by.  She had lunch while we watch the Jags win their first game of the year. 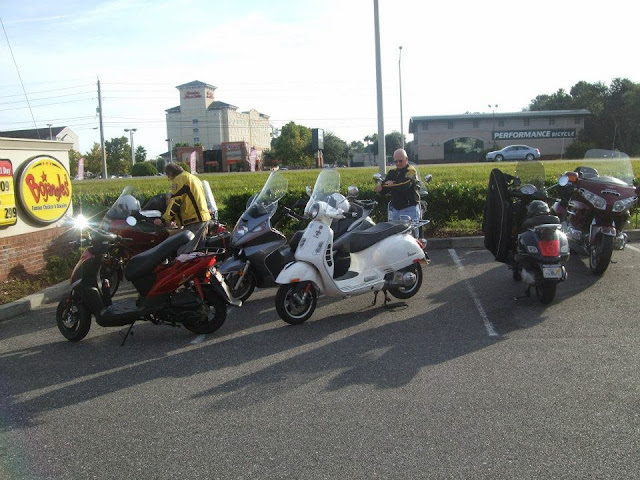 Scoots at the start at Bojangles 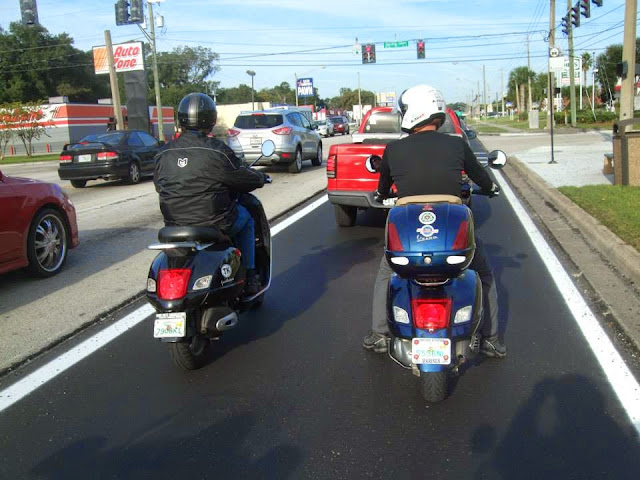 Me and Shane on Beach Boulevard 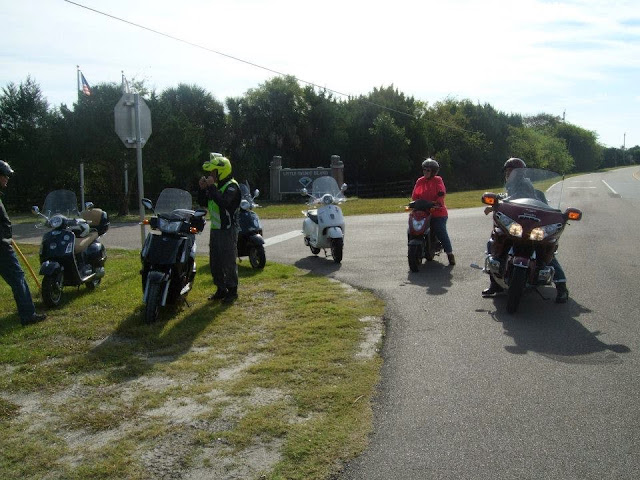 Meet up with Mike at Little Talbot Island 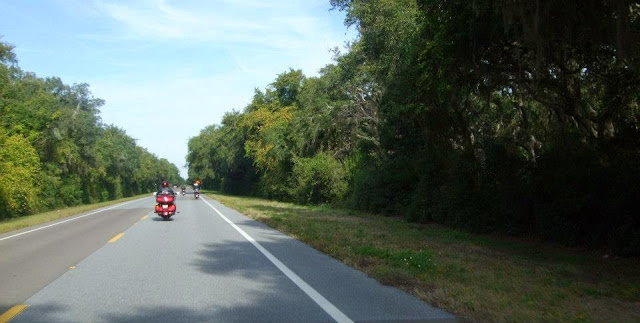 A1A through the Talbots 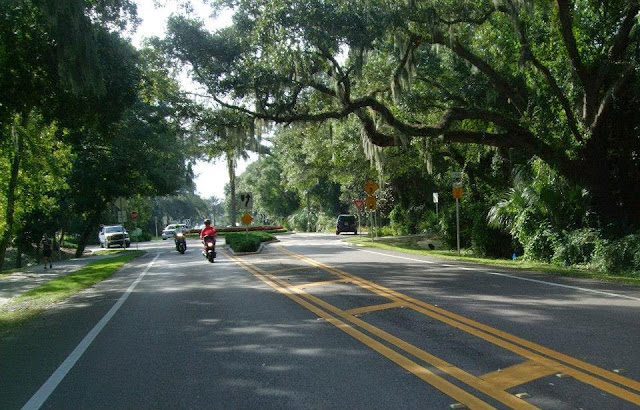 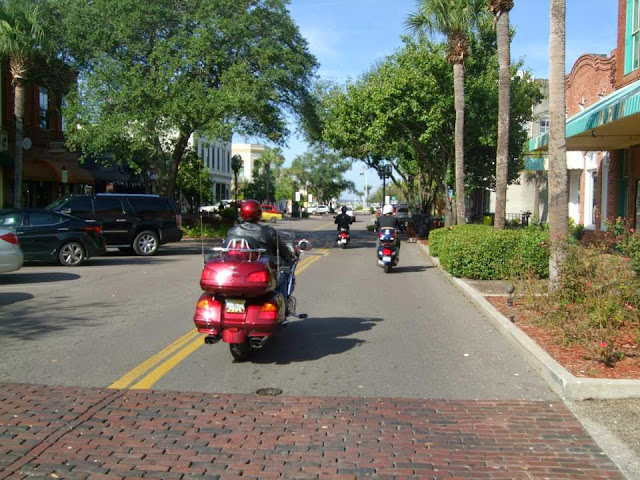 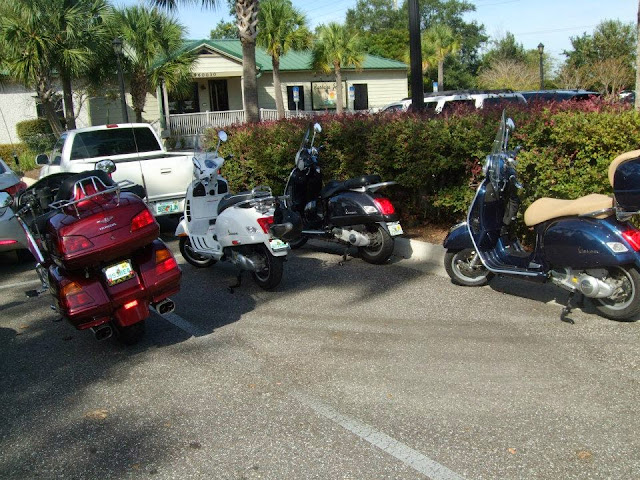 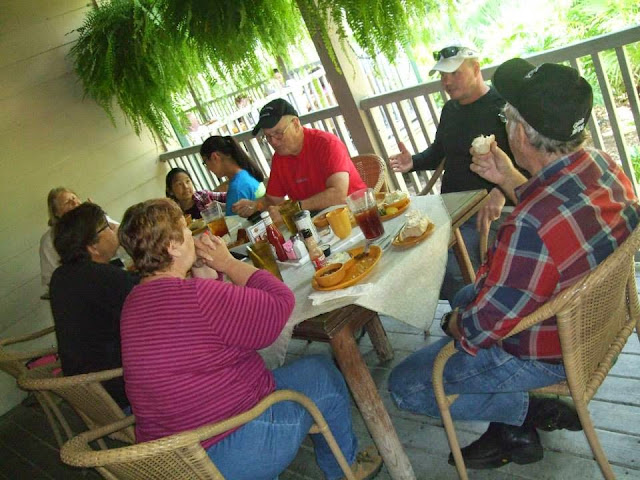 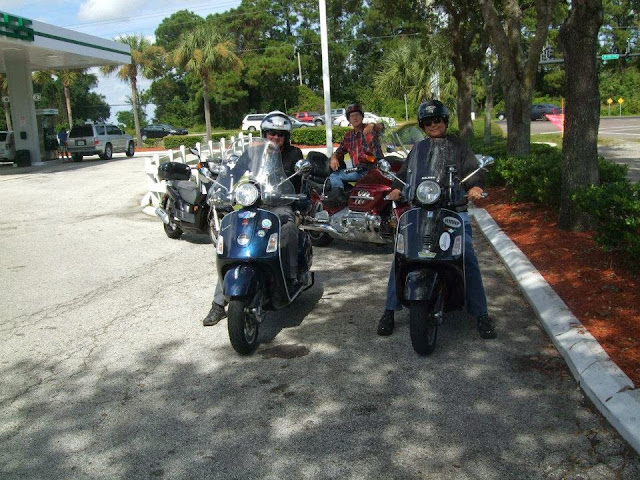 Fuel stop for the Kymco 125 on the way home
Posted by Bill Leuthold at 7:30 AM