We had the first night time autocross that I have ever attended on Saturday night.  It was much anticipated as it would be a change from the norm, while avoiding the scorching heat of midday in August in North Florida.  One of the benefits of having the events on Amelia Island is the ride between home and the airport.  It goes up Hecksher Drive to A1A through Little and Big Talbot Islands to Amelia Island.  It crosses two bridges, marshes, forest and some of the best scenery the area has to offer.

Then we arrived, prepared our cars and waited for sundown.  As soon as it was dark, the first cars were off.  We began at 8:30.  I worked grid and it was very easy as they ran only one car on the course at a time as visibility was so poor on the course that the workers had difficulty finding displaced cones and resetting them.  Cars ran at roughly one minute intervals so it was very simple making sure that they were ready at the start.

Our class ran in the second run group and it was quite a different experience than the usual daytime running.  It was more about finding the right route than usual, especially on the early runs.  I was off course on my first three runs, missing a gate early.  But I found the mistake and finally got three clean runs in, the last one being my fastest.  It was fun, but I certainly look forward to getting back to the daytime running.

I finished 3rd of seven in my class of E Street.  15th overall out of the 40 overall in the PAX handicap system.  The PAX finishing position was lower than I thought it would be, but we had several fast drivers come from surrounding regions.  It was also restricted to veteran drivers, so competition was great. 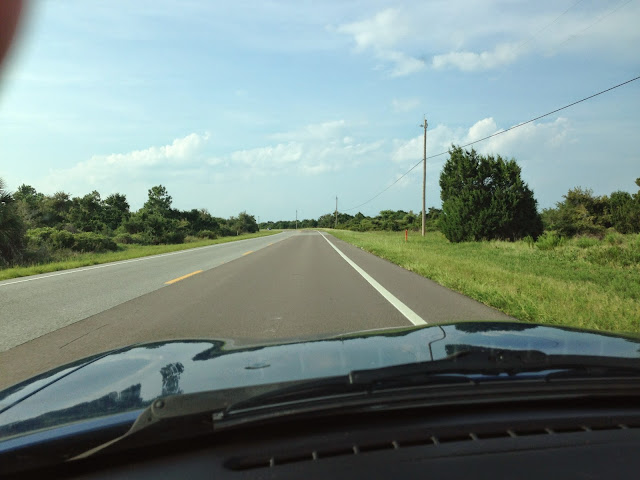 The drive up A1A at Little Talbot Island 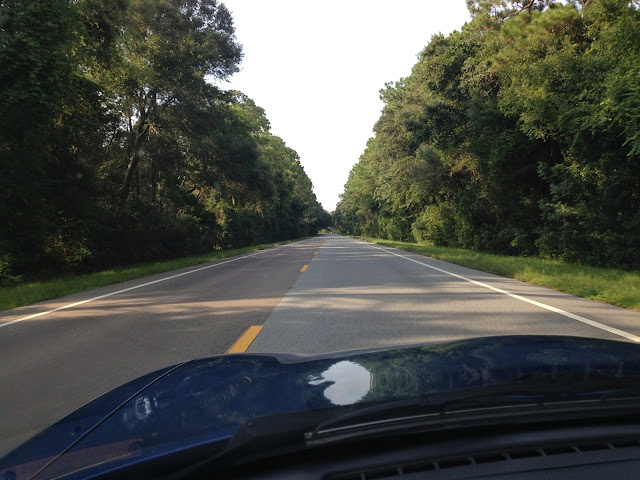 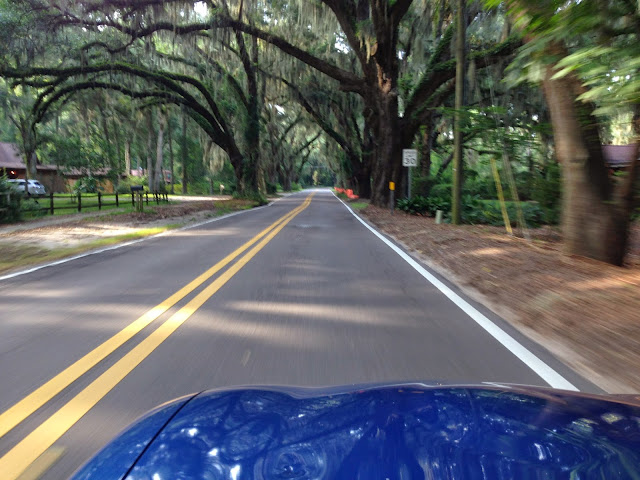 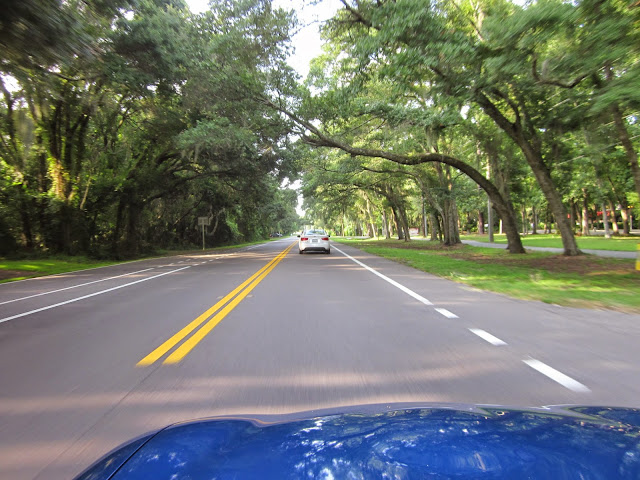 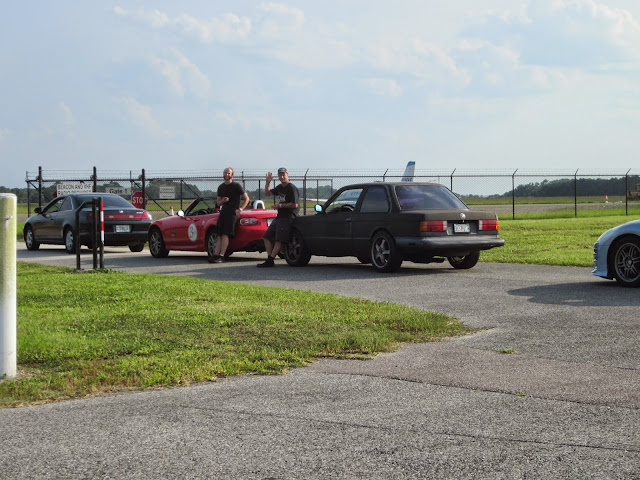 At the gate to get into the airport.  Aaron and Jamie. 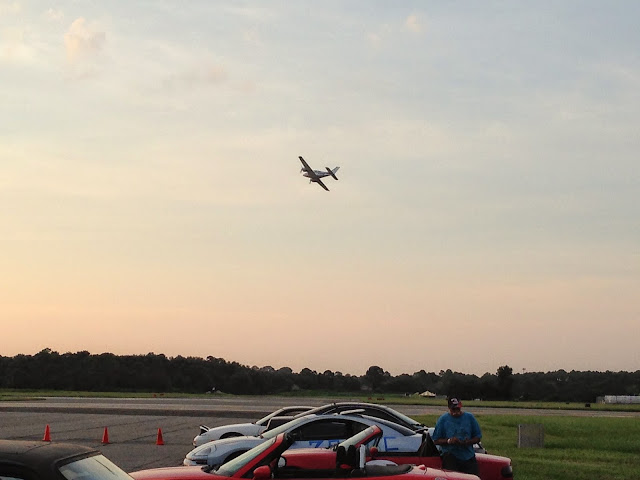 It is an active airport with several planes landing and taking off while we waited for sunset. 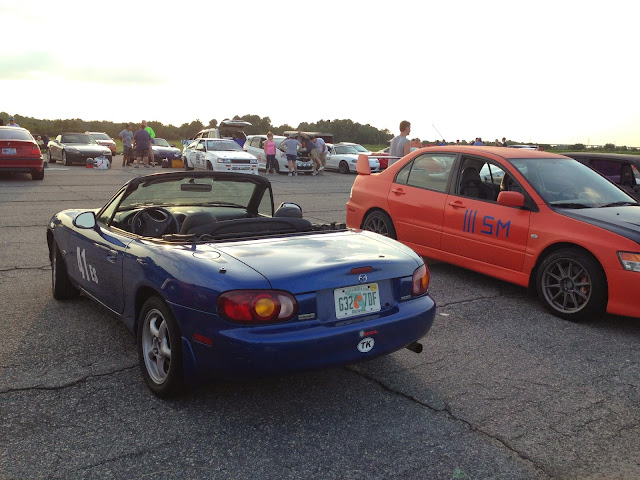 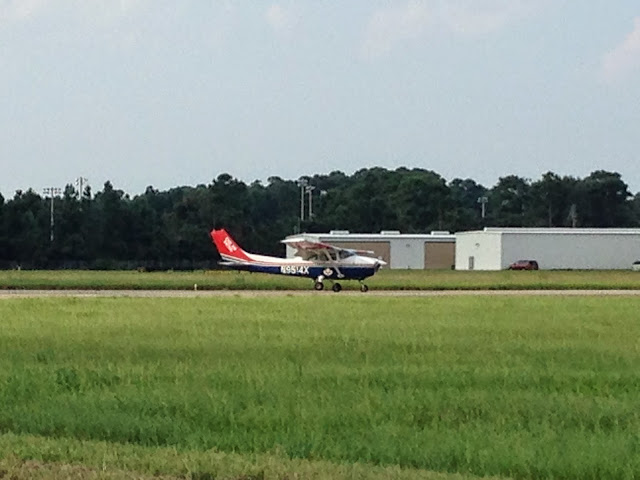 A plane taking off 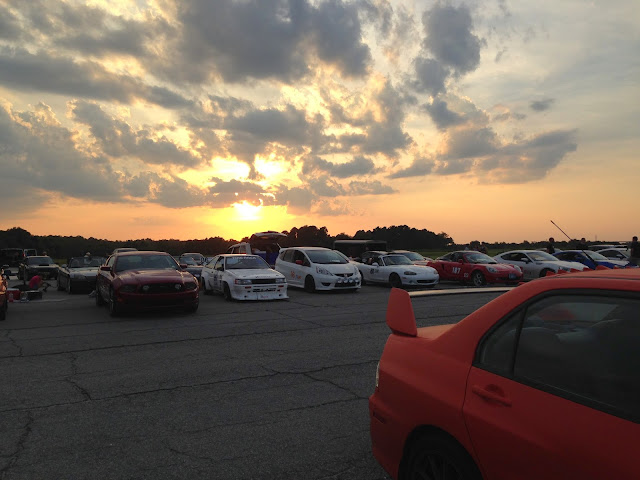 Posted by Bill Leuthold at 8:38 AM