Rocket is Singing the Blues

We rode around the Florida side of the St. Mary's river to US1, then north to Folkston, Georgia, to Woodbine then to Ship 2 Shore for lunch between Kingsland and St. Marys.

Rocket ran great on the entire run until we headed south.  Russ was in a hurry to get back so we all decided to ride down I-95 the thirty five miles home.  It was running great, around 70 mph in the slow lane until I decided to hightail it home.  I moved over and accelerated to 77 mph while following an SUV.  After a mile or so it suddenly lost some power and dropped to 70 mph.  I was still five miles from an exit so I moved over, was joined again by the others and got off at Pecan Park Road.  When I came to a stop the oil light came on for five seconds or so and the radiator fan was running.  After letting it cool for a minute or two, I headed home off the interstate highway and it ran great on the slower roads.  I got back on 95 for the last couple of miles to see Boris in the warehouse and it ran great but I didn't try to go faster than around 70.

Boris had no answers and was to send an inquiry to Robot at Scooterwest.  Hopefully we will know something soon.

Rocket has done that one, maybe two other times two weeks ago.  The first one corresponded with a blown exhaust gasket that I thought caused the power loss.  The second was returning on that same ride.  The oil and filter are new and topped off.  The radiator fluid is topped off too. 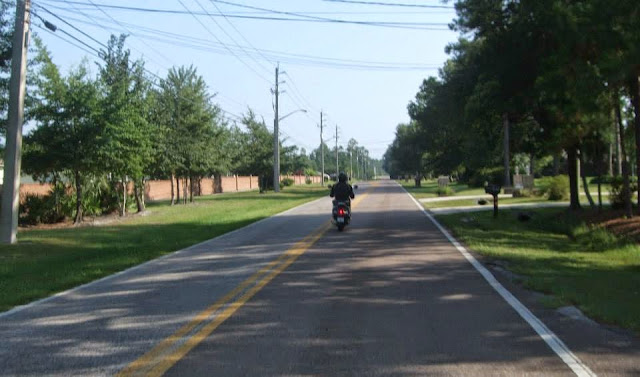