My friend Michael Beattie, aka Conchscooter on his blog and postings in Battle Scooters on ADV Riders, was in a terrible accident six and a half months ago.

He was on his scooter riding in Cudjoe Key, less than a mile from his house, when an inattentive driver crossed his path.

It caused great damage to his legs and pelvis among other things.  He easily could have died.

Michael was in intensive care inside a hospital in Miami for over a week.  Then several more weeks there until they moved him to a rehab hospital.

He returned to Key West where his fellow workers in the Key West Police Department found a handicapped accessible residence.

Work followed and he, his wife Layne and their beloved dog Rusty moved back home to Cudjoe Key a couple of months ago.

My new friend Gregg mentioned to me at an impromptu meeting at 3 Bananas in Crescent City that he would like to ride to the Keys to see Michael.  That was a couple of months ago but we finally did it this past weekend.

I got up early Friday morning, mounted Max, my new Yamaha Xmax and headed south on I-95.  I met up with Gregg in Osteen where we embarked on our long ride down the middle of the state to the Keys.

It was an uneventful, but long ride.  We encountered some rain as we ran along the east side of Lake Okeechobee and found traffic and slow going in Homestead and the upper Keys.  But after 500 miles of riding, we arrived to find Michael and Layne waiting for us with big beers and tasty snacks.  Also many smiles and friendships were both started and renewed.

The highlight was that Michael had not been on a scooter since the accident.  He suggested we dine at the Square Grouper Restaurant, very close to his house and across the street from the scene of the accident.  He had spoken with Layne about riding and she reluctantly agreed to let him ride her Vespa.

At first it wouldn't start.  RATS! we thought and were about to give in when he kept trying and it started.  Big smiles.  He got on and headed out.  Gregg and I followed and I got some great photos of the happy man. 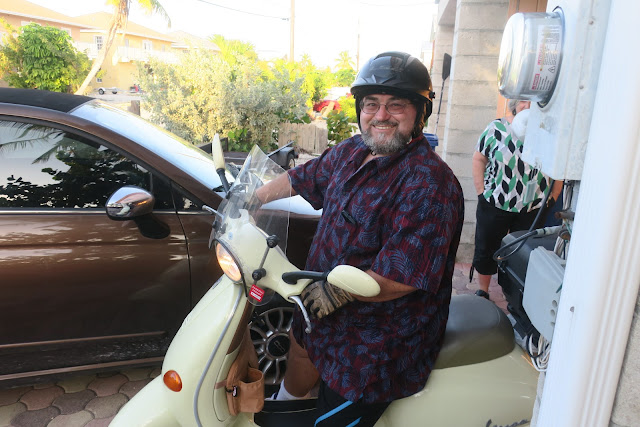 Michael heading out on that first ride since the accident.

Dinner was great.  Michael was on the night shift at work and had to leave after dinner.  Gregg and I checked into our hotel, the Sugarloaf Lodge, a classic Mid Century Modern Motel, very original with the same furniture that was installed 50 years ago.

Gregg and I got up early, leaving the hotel at 6:45 to meet a car sleeping Michael in the parking lot of the police station.  We then got coffee and a breakfast sandwich in town.  The coffee was the best ever.

That was followed by a riding tour of the hot spots in town, mile marker 0 and the buoy marking the southernmost point in the US (not counting Hawaii).

A stop at the beach was followed by us parting and Gregg and me riding home.

Almost 1100 miles in two days for me.  Almost as many for Gregg.

Max proved to be a most capable scooter.

It was so nice for me to see Michael again, meet Layne and Rusty, and develop a fine friendship with Gregg, a cool fellow who happens to be a terrific rider.

I am looking forward to seeing everyone again as soon as possible. 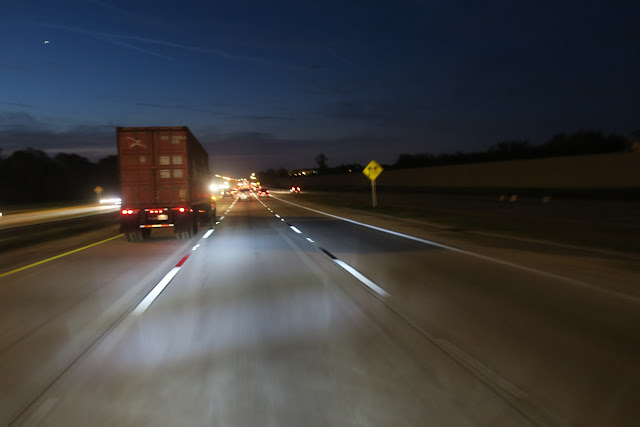 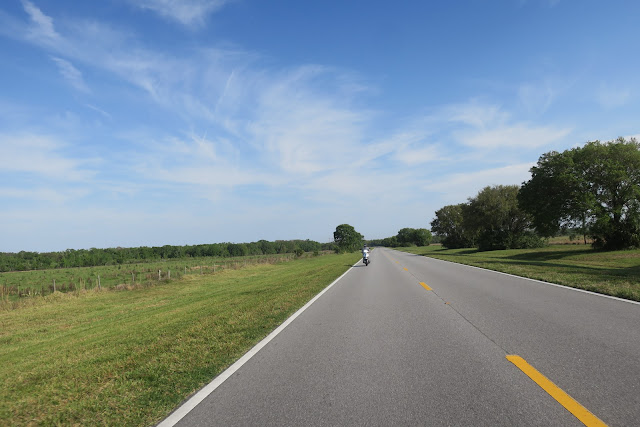 Gregg following through the middle of the state. 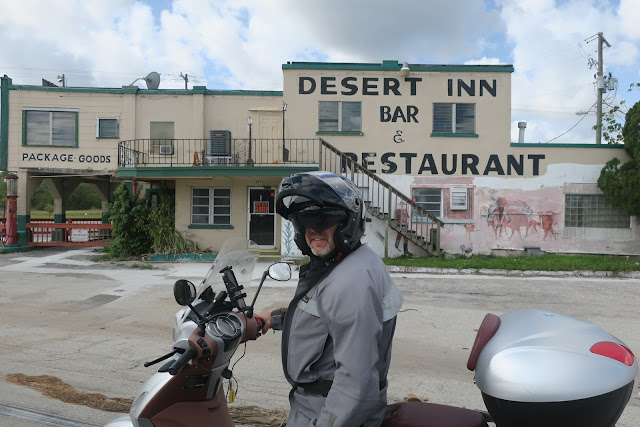 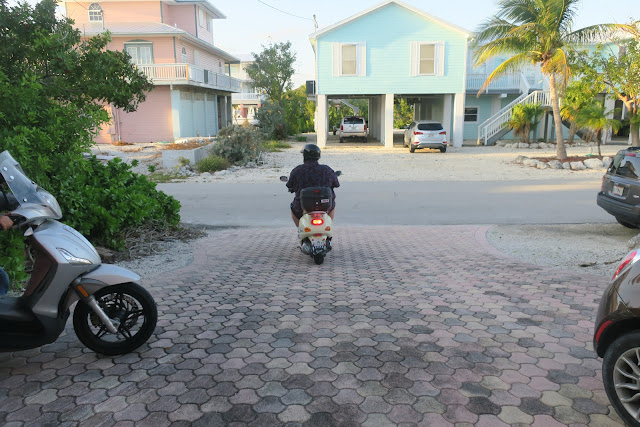 Michael in the driveway of his house on Cudjoe Key. 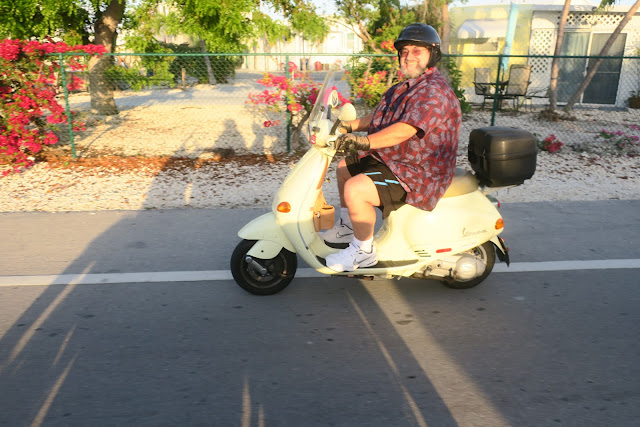 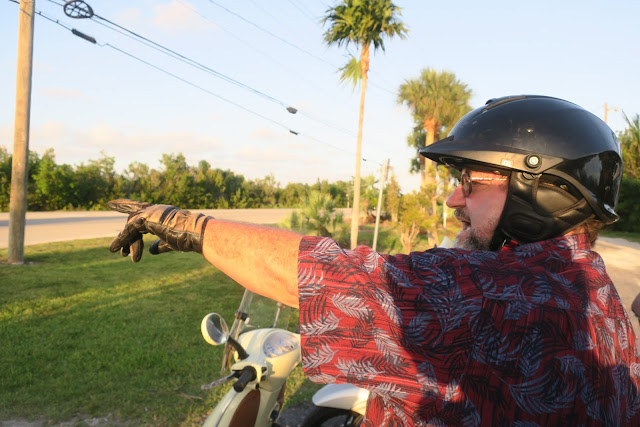 Pointing out and describing the scene of the accident. 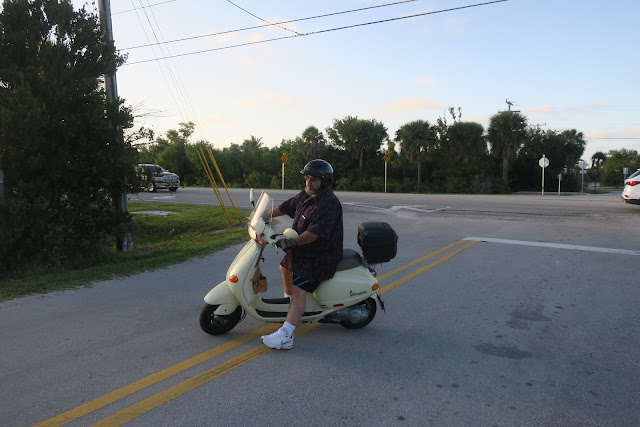 Turning around.  The car hit him on US1 in this view. 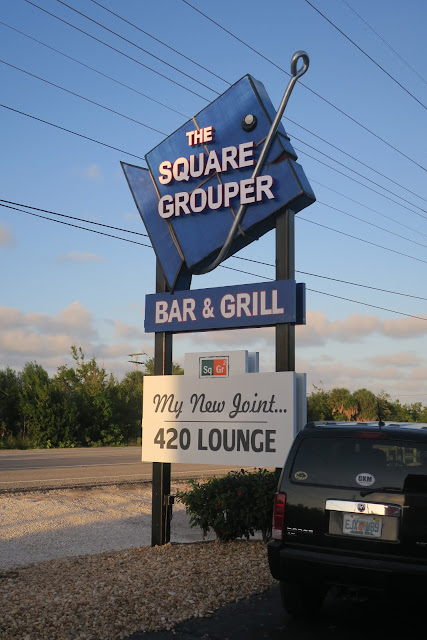 Apparently, Square grouper is slang for bales of marijuana. 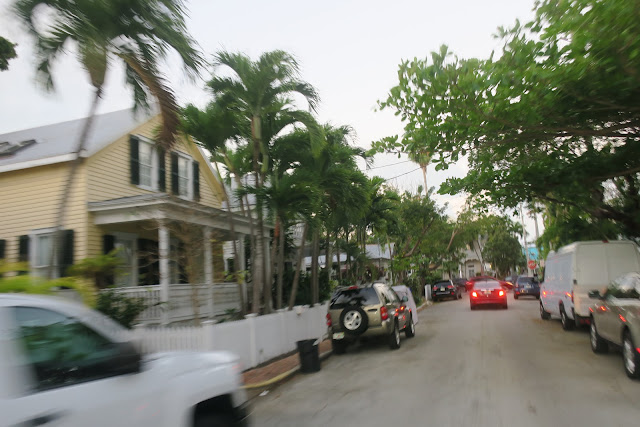 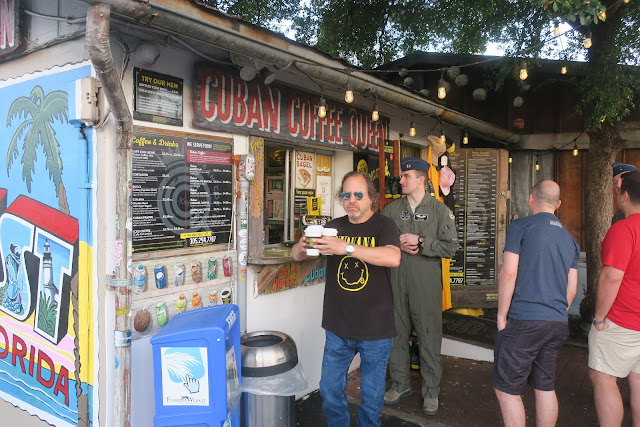 Gregg carrying the best coffee we have ever drank.
Cafe Con Leche from this litle walk up cafe. 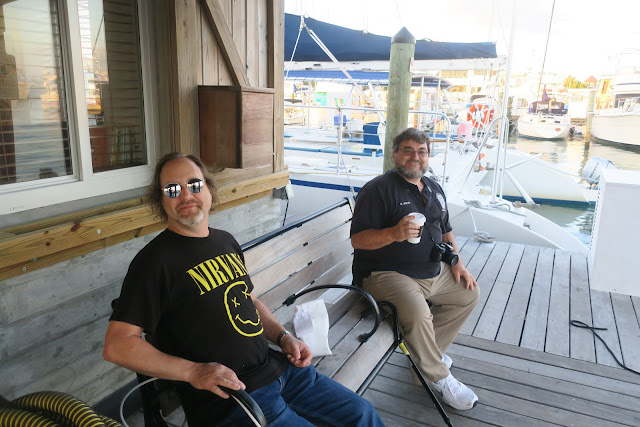 Michael's favorite bench at the marina. 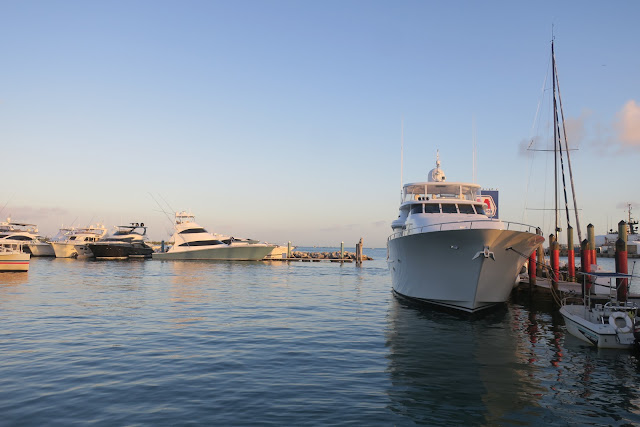 Our view from that bench. 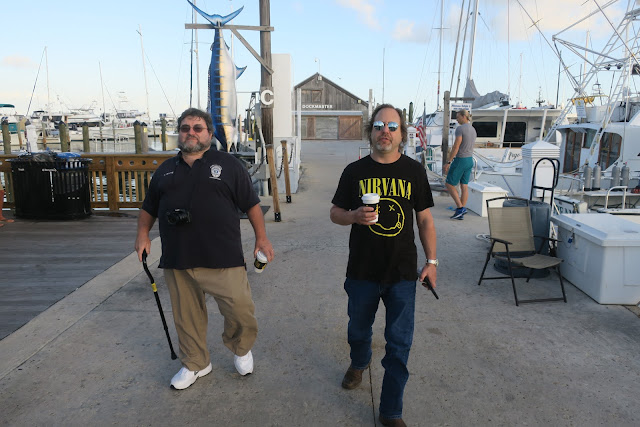 Michael and Gregg.
Michael is now walking very well for a man with so many injuries.
I am so pleased that he is finally getting back to normal. 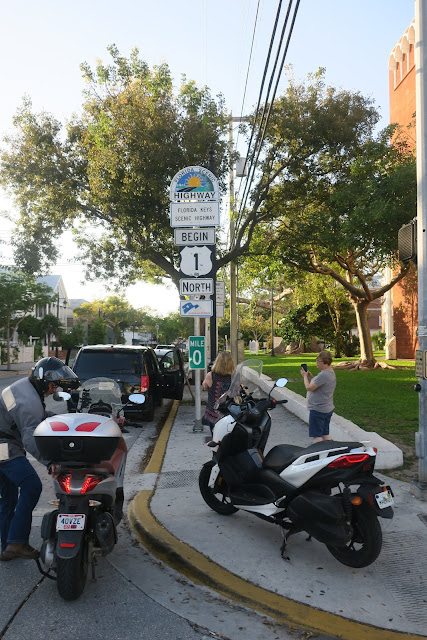 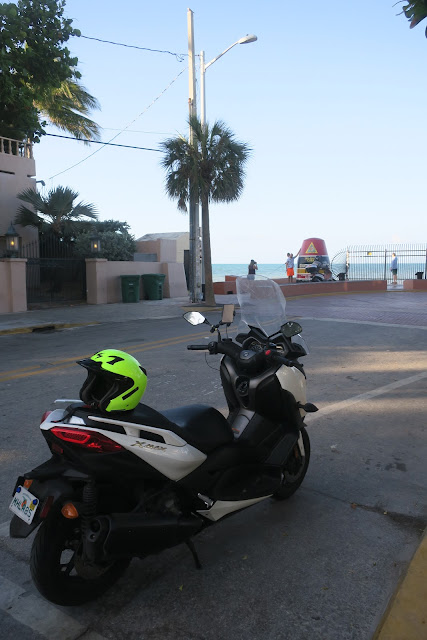 Max at the Southernmost point. 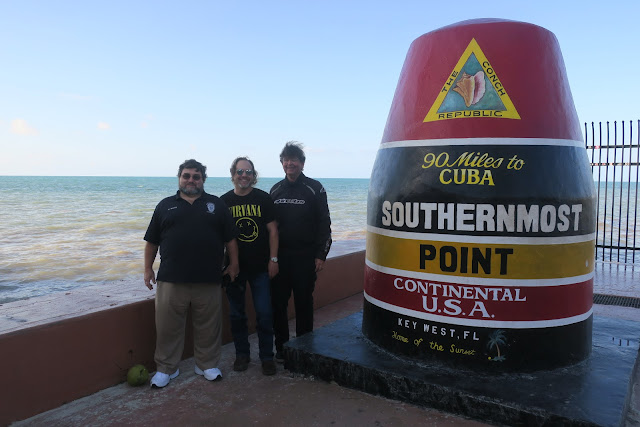 And the three nerds.