It has been a busy week.  With me riding to and from the UnRally in Pensacola and the Iron Butt ride, I have covered the entire state, 2000 miles, on scooter in a week.

It started with riding to the UnRally, an annual event put on by Jami Sanderson and her family.  They are gracious hosts and know what people want in a rally. 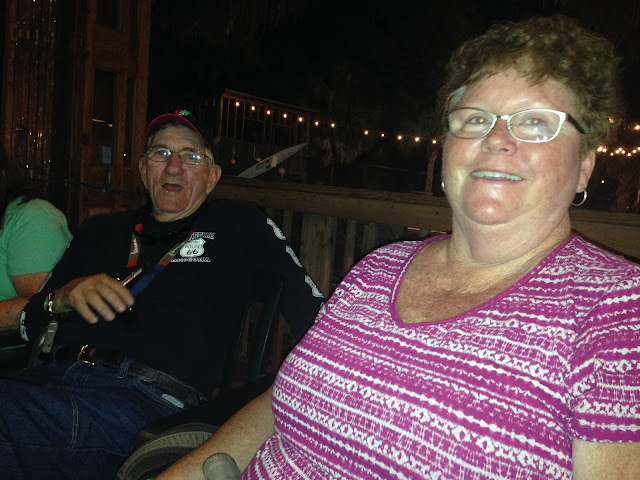 Our gracious host, Jami, along with Captain Gary


The ride over was great as I started at around 7:00 to meet Captain Gary in Cottondale at 10:30.  I arrived ten minutes early but he was waiting.  We had lunch in a local restaurant on US-90, then made our way to Pensacola and the Sanderson house.  There, we found a few attendees and Jami.  Gary and I then got our room at the nearby hotel and took naps.  Dinner was at the Oar House, a cool waterfront place that appeals to many. 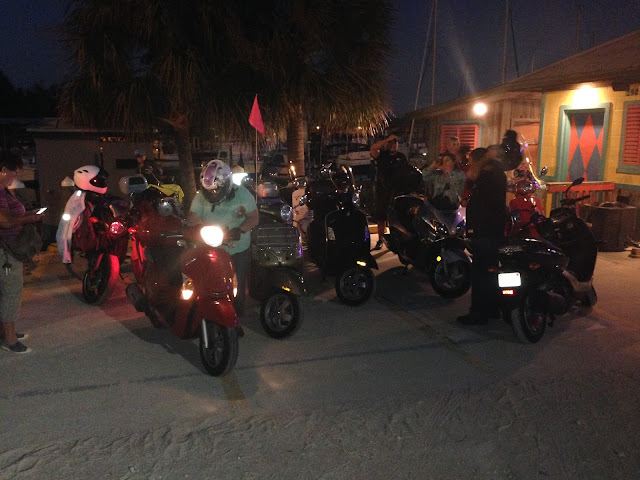 Scooters at the Oar House

Friday started with breakfast at D&D Cycles where they had donuts and a cool raffle.  I won a great cleaning kit (Gary said I needed it) for riding the longest to the event, Then we rode in a very large group to Navarre Beach.  We went through downtown Pensacola to the Palafox Pier for a photo shoot.  Taking that many scooters through town is ambitious, but Jami pulled it off.  She is a scooterist's scooterist.  The ride through Gulf Islands National Seashore was fantastic. So good we did it twice.  The beaches in the area have the whitest sand imaginable and it draws huge crowds.  Luckily it was October and the places were sparsely populated. 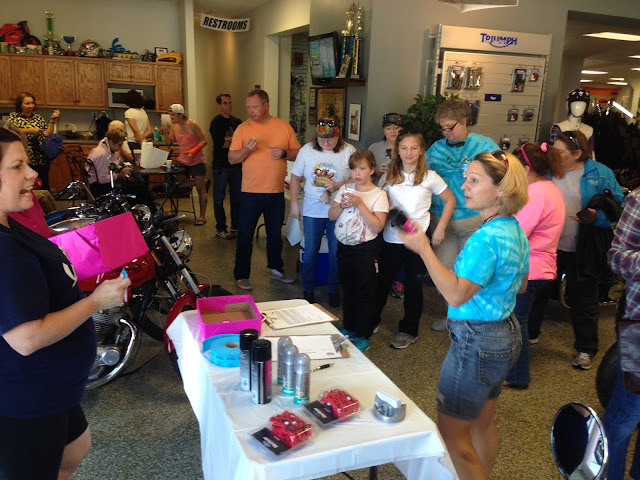 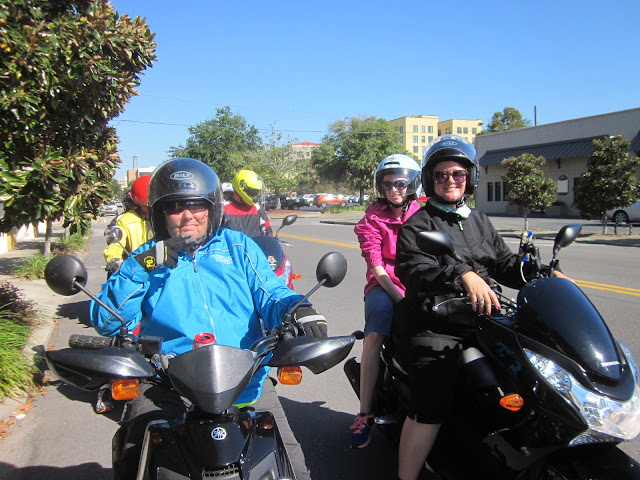 Waiting in downtown Pensacola.
Brave leader taking us there, but it worked out well.
Talent shows. 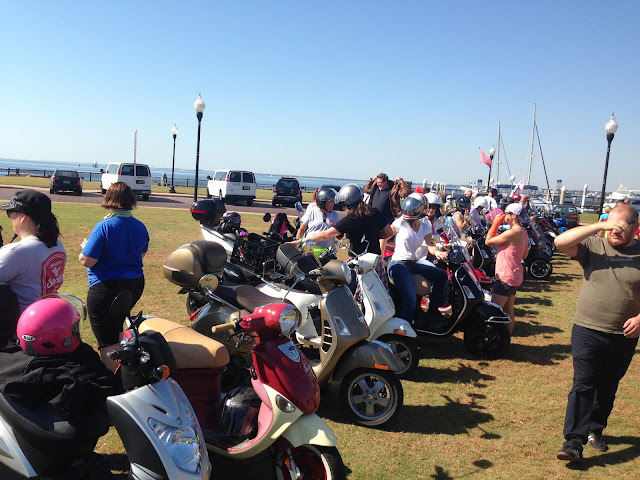 Scooters at the Palafox pier 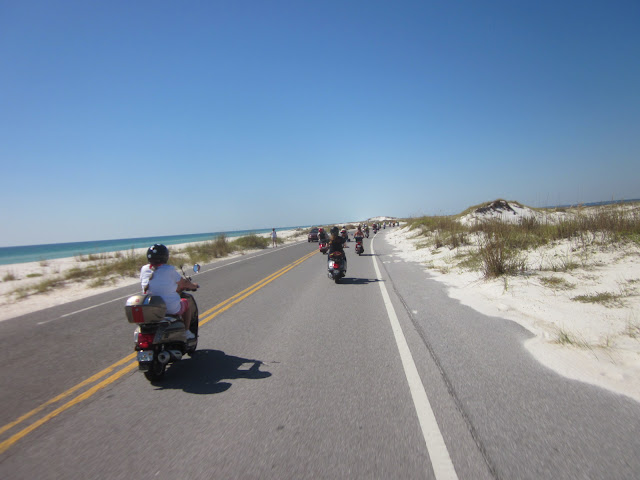 Riding along the beach.  Beautiful place! 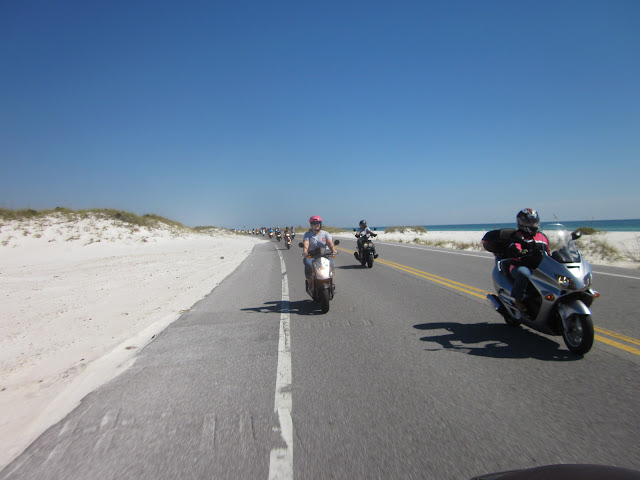 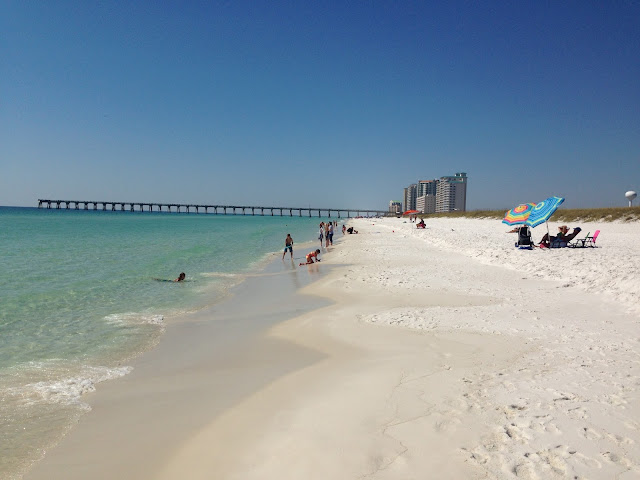 At the stop I walked down to the beach.  Worlds Whitest Beaches! 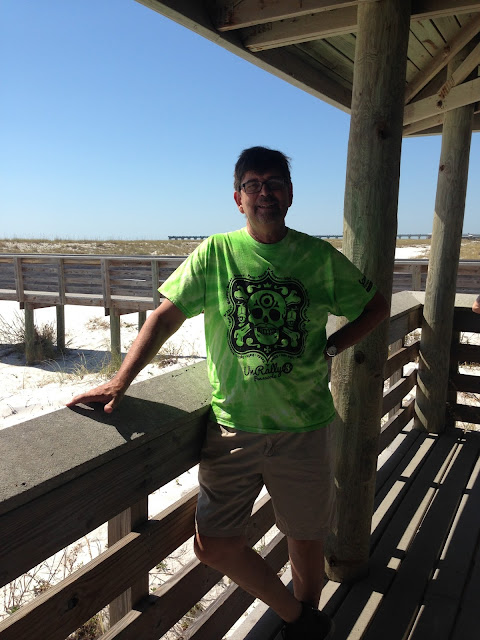 Rare shot of me taken by Kaitlyn Sanderson.

For lunch we went to McGuire's Irish Pub.  We had a large room to ourselves and the food and beverages were great.  The afternoon was to spend as we wished, then we gathered our scooters for a showing at Gallery Night, where they close the streets off to traffic and open downtown to the people.  Turned out great. 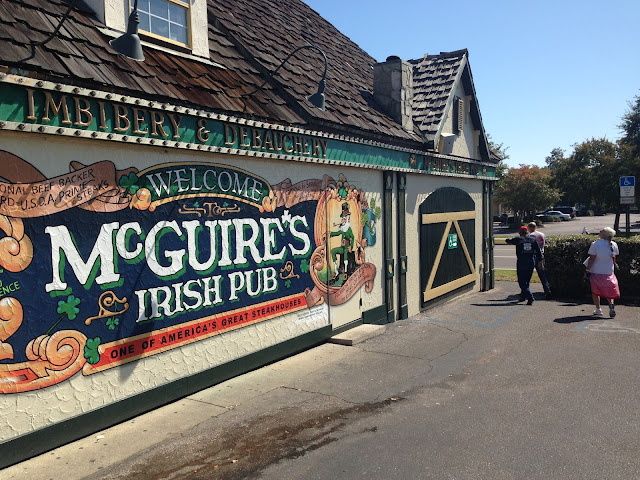 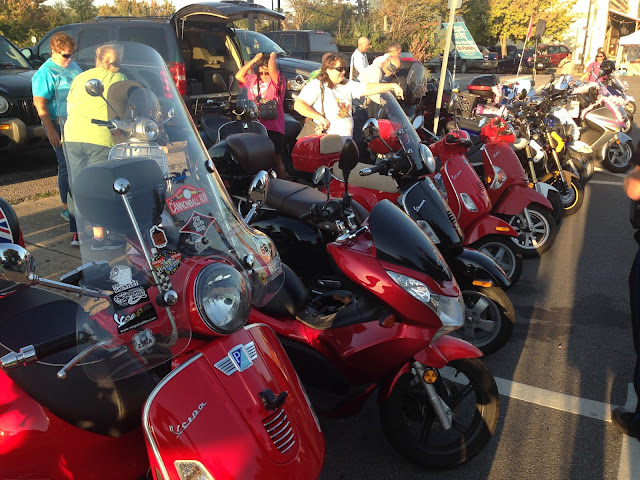 Gallery night scooter lineup.  We were the hit of the show...well not really.

Sunday we had a small group breakfast at IHOP where the service was as bad as any I have had anywhere anytime.  From there we met everyone for a long ride to Fort Morgan in Alabama.  It was windy, but nice and I enjoyed it much.  Lunch was a picnic prepared by the Sanderson Family,  We got home mid afternoon. 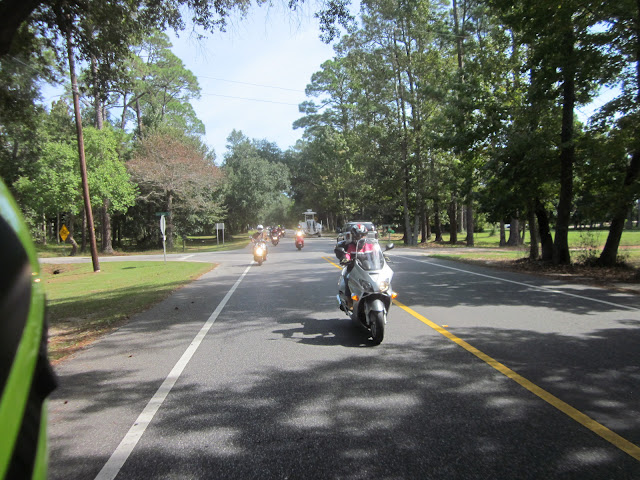 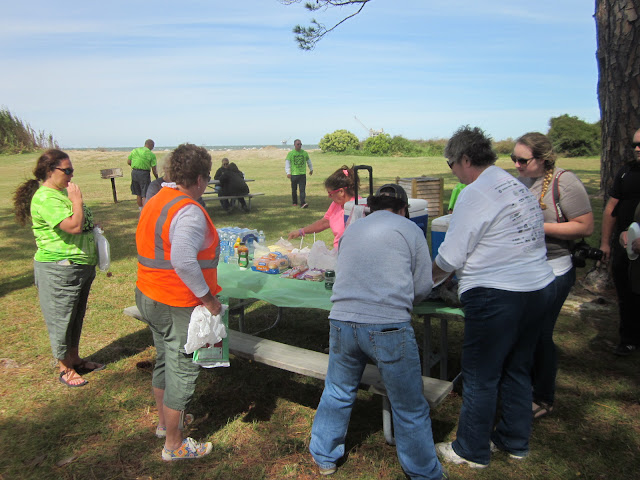 Lunch, where the wind was trying to blow everything everywhere.  Thank you Jami and all Sandersons for putting this on for all of us. 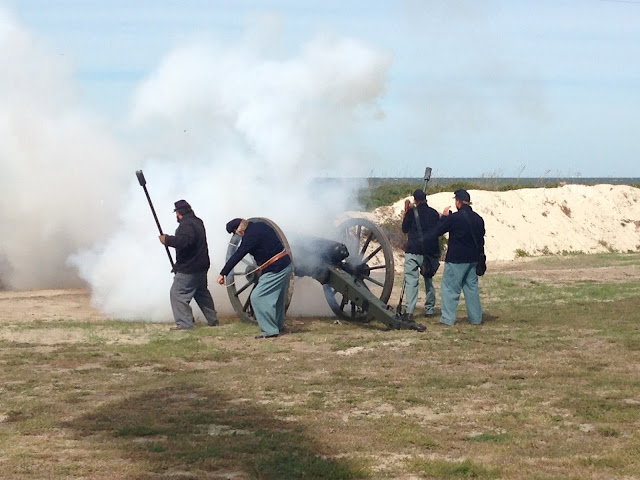 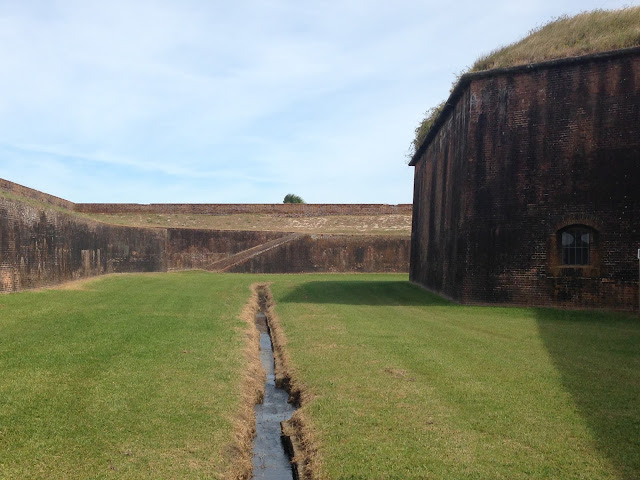 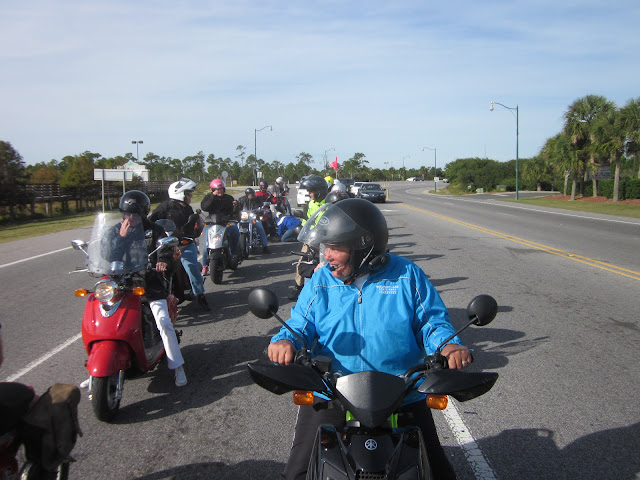 I had been wanting to test the top speed of a Yamaha Smax since it came out.  One of the participants, Damon, had one and offered it to me for the test.  I hit a GPS 72 upwind and 78 downwind, solid and stable the entire time.  It is a good bike with styling that doesn't excite me and a footwell that has my feet too high.  Not very comfortable compared to a Vespa GT.  But it might be the perfect Cannonball scooter.

Gary and I then went back to the Oar House for a light meal and beer.  I watched the beginning of the Florida LSU football game, then we went to the Sanderson's for their party.

I was very pleased to attend.  Everyone was very pleasant and the rides and meals well planned.  I especially liked meeting many fellow scooterists.