The weather was looking great on Wednesday.  It was the first clear, cool day we have had since spring and I wanted to go for a ride.  The owner of the house we have under construction on the ocean there has been wanting me to ride up to review progress, so I used that as an excuse to make the trip.

The ride up was into a North Easter, with a strong breeze blowing in my face all the way.  Bridges are where the impact of the wind is the highest, but Rocket and I made it easily.  We rode my usual route over Hecksher Drive to A1A at the ferry.  Then up through the Talbot Islands and Amelia Island, past the Amelia Island Plantation and Ritz Carlton to the beachfront property.

There, the house has been progressing nicely with the roof sheathing going on, probably finishing this week.  The standing seam metal roof is scheduled to go in in two weeks, finally buttoning up the house as the rains have made their mark on the lumber. 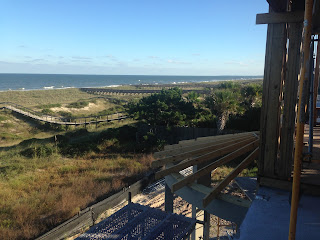 Views from the second floor porch 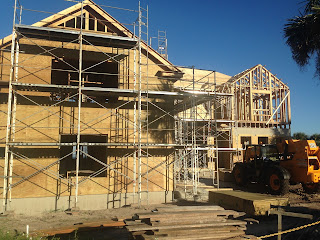 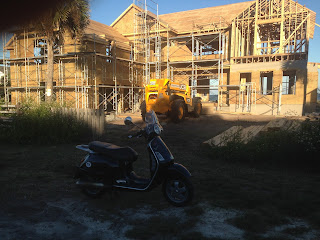 Rocket out front on a late afternoon.
Already in the shade from houses across the street 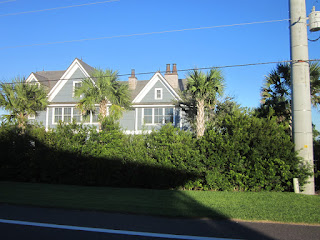 John Grisham has a house just south of ours.
This is the main house. 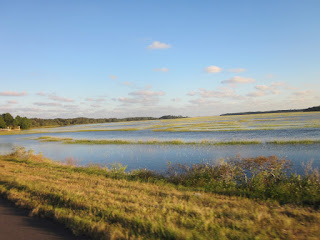 Passing the marshes on the way home. 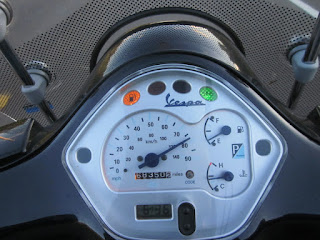 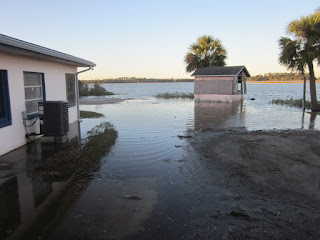 Sarah had called to say she had business and for me to get dinner on my own.  I was looking forward to stopping at Chowder Teds on Hecksher Drive but found the tides had closed it down for the day.  Highest tides we have had here in many years.

Posted by Bill Leuthold at 2:39 PM