Last week, I had my sometimes mechanic, Mike, mount the rear tire on a rim to replace a very worn tire on Razzo, my 2005 GT.

When I dropped it off, Mike looked at the valve stem and said it looked good.  But, in an ongoing effort to be safe, I said to replace it anyway.

So, when I picked up the wheel, I noticed that the stem had been replaced with a long one.  I figured that it looked strange, but no problem.  I took it home and installed it.

That just sets up my strange weekend.

I got up early Saturday and decided that it would be a good day to take down an old, metal wire fence on the south property line at the duplex where we live now.

I ran around on Razzo for tools to cut the wire and fence posts in the morning., 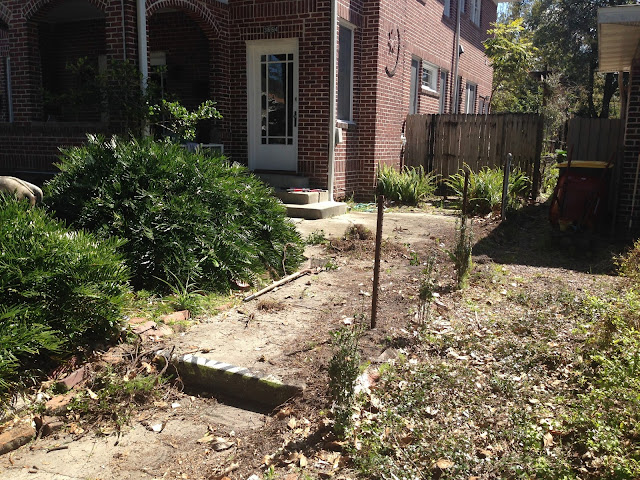 At least the fence got removed

Then it became time for the annual Scoot-a-cue that Russ had arranged to be at a northside park, so I loaded up a folding chair and headed north on I-95.  All was good, if windy, when Razzo appeared to lose some speed, then control of the scooter became an issue.  Flat rear tire!  Luckily I was in the far right lane and an exit was approaching.  I tried to turn to the exit but control was so bad that I decided to go straight until I could stop on the break down lane.  I stayed upright and all was good.  I looked down at the wheel and immediately saw the problem.  The long stem had been hitting on the swing arm until it sheared the top off of it.  Rapid loss of air resulted and it was not possible to refill as the head was gone. 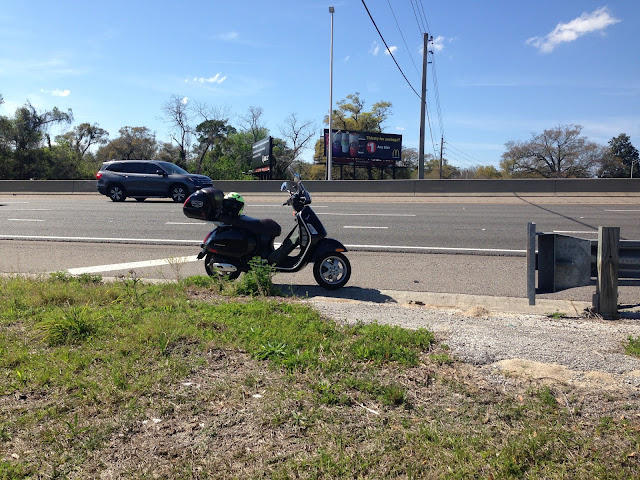 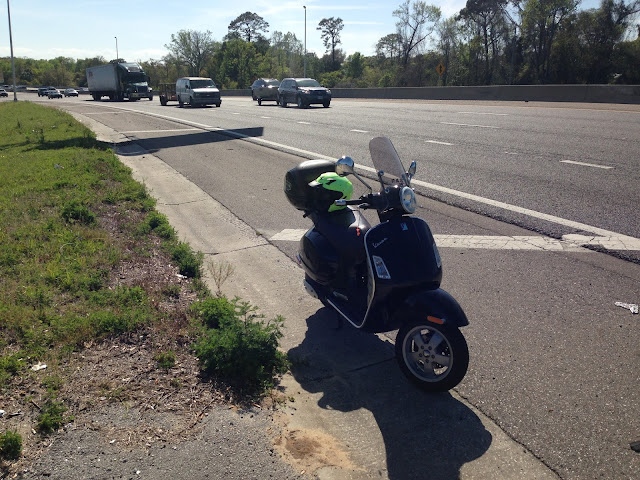 So what to do?  I had towed Rocket to ACE for its engine replacement on Tuesday.  My AMA membership gives unlimited towing with one exception.  Only one tow in any seven day period.  So I knew that the towing would be expensive.  So I called Mike, the mechanic who installed the tire.  He said he would be there in thirty minutes with a tool that would break the bead and fix the tire.  I felt that I would be on my way in an hour and to the party.  Then the waiting began.  Three drivers stopped while I waited.  Two were guys who had worked on my projects and saw that I was stuck.

No Mike after one hour.  After an hour and fifteen minutes, I get a call from Mike.  "Where are you" he said to me from I-295 instead of I-95.  I told him that I was on the northbound lane of I-95 at 115.  He said he would be there as quickly as he could.  Thirty minutes later I see a black Jeep past me trying to back up, then get a call from Mike.  That was him and he couldn't back up because traffic was exiting onto 115 at a rate that left no gaps for him, so I said to go north, turn around and come back.  That took another 15 minutes.

When he arrived, he came back to me, looked at the wheel and said that he would go to the nearest auto parts store to get a valve stem.  I had told him that was the problem and thought he had spent part of the long time getting to me finding one.  So off for another thirty minutes.

So he came back and brought out his tool to break the bead, which he did, causing damage to the paint on the rear wheel.  Then removed the old stem and took fifteen minutes getting the new one installed.  Then he broke out his air tank and tried to fill the tire.  Not enough pressure and he couldn't get the bead to seat.  He then tried to use the cans of lubricant he had but both were empty and couldn't spray, so he poked holes in them and let the lubricant drip onto the bead.  He tried to fill again but the air ran out of the tank. 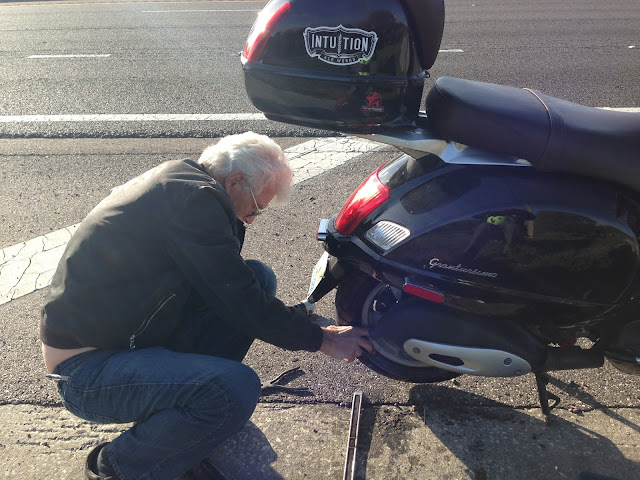 Mike trying to fix the tire

So off he went to the nearest gas station to fill the air tank.  Another 30 minutes.  He came back and said the pump at the station would only get thirty pounds of air into the tank.  I looked at the gauge and it only read twenty pounds.  It was three and a half hours into the stop.  Because he was out of tire lube, he then used his Dr. Pepper for lubricant.   I could see that it was never going to work (I actually could see that earlier but held out hope.)  So I called for a tow, thinking it would cost maybe $75. and the sun was setting.  I called AMA (hoping they would waive the one week rule but they didn't).  They got me a towing service that came in forty-five minutes. 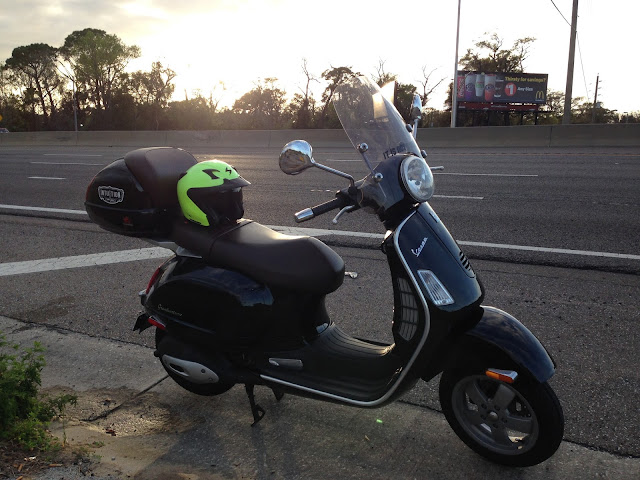 Sun setting on the strange day, still on the side of the road after four hours.

The guy arrived and started to hook Razzo up to a cradle that was for motorcycles.  The fit was tight and I told him that I didn't want to scratch the front fender up so he agreed to not tighten completely.  Then he ran one strap over the seat where I thought two, both connecting to the metal handles under the seat would be better.  Then he got angry, me telling him how to do his business.  So I relented and let him do it his way.

We began getting along better after it was all hooked up and we headed home.  We unloaded Razzo and I pushed it into the garage.

Mike said he would pay the bill, but he struggles to make a living and I told him that would not be necessary.

In hindsight, I should have called Sarah, had her bring my tools and a worn tire in the garage. Then fix it on the side of the road.  Much faster and cheaper.  Live and learn.