The 7 Bridges Scooter Club has one big event every year.  It is the Bridges Ride where we ride over the 7 Bridges that cross the St. Johns River in Jacksonville.  Those are the Buckman, Fuller Warren, Acosta, Main Street, Hart, Mathews and Dames Point bridges.We alternate one more crossing each year between the Mayport Ferry and the Shands Bridge in Green Cove Springs.  This year it was the Ferry.

The run has always been in January, but bad weather the last three years forced us to move it to March.  Weather reports were showing possible bad weather for the weekend but it turned out to be perfect for the rides.

Our fearless leader, Russ Dixon, organizes everything and added rides to Fernandina Beach (a historic town on Amelia Island north of Jacksonville) and St. Augustine (the oldest continuously occupied town in America, south of town).

I led the Fernandina Beach ride, as I like the route, running along the north bank of the St. Johns River on Hecksher Drive, then A1A through the Talbot Islands to Amelia Island.

At the request of one of the riders, we lengthened the route a little by skipping the Dames Point Bridge, going nearer town, over the Hart Bridge to Main Street, then to Hecksher to Amelia.

It was around fifteen riders going north.

We were to eat at Sandy Bottoms, an oceanfront restaurant on the north end of Amelia Island, but they were closed for renovations, so we went to Sliders and all had nice lunches.  Two riders went for a walk on the beach, coming back to let me know that a tortoise was making its way to the beach, slowly, so I went out to take some photos.

After that we rode into the historic town, riding down Centre Street to park near the river so the remaining riders could shop and see the town.

One rider, Dennis, came from St. Louis, just for the ride.  He and I wandered around, ending up at the Palace Saloon.

The ride back to Jacksonville found us in a warm sunny afternoon, making for a nearly perfect ride for the eight remaining scooters heading home.

There was a pre-Bridges Ride dinner at Bono's BBQ restaurant, attended by 39 riders.

After that several of us headed to the Cancer Survivor's Park downtown.   It is a park of the Jacksonville bridges in miniature for people to enjoy.

I had a very nice time meeting new riders and seeing the sights. 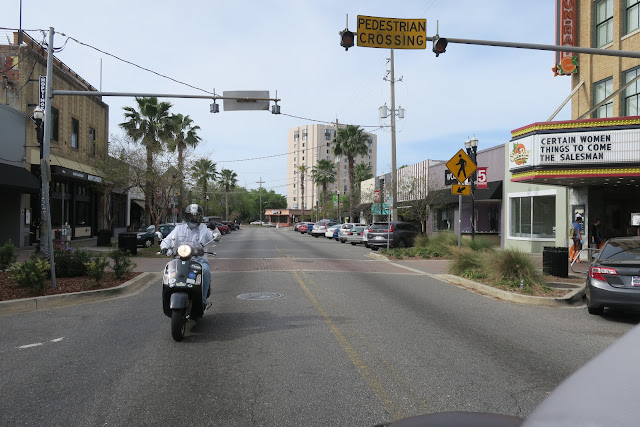 Kevin on Rocket in Five Points. 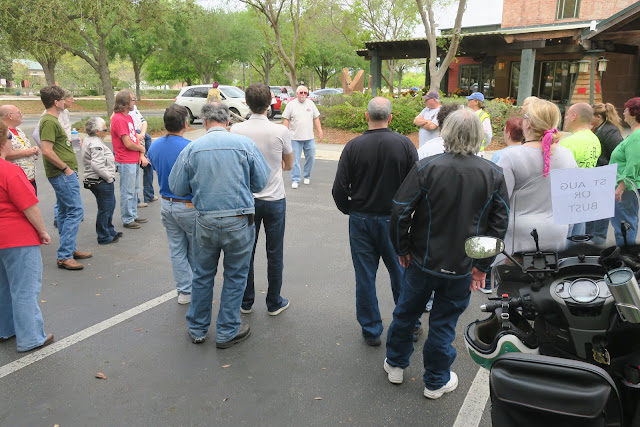 Russ giving instructions to the riders. 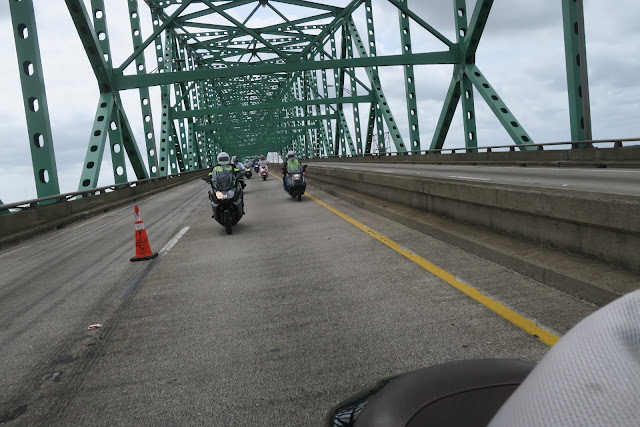 The Fernandina riders going over the Hart Bridge. 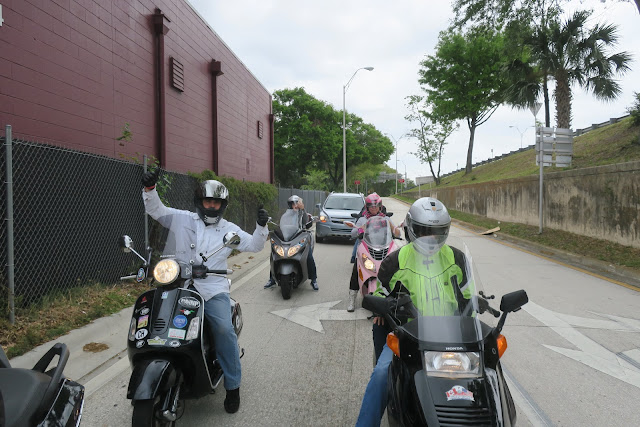 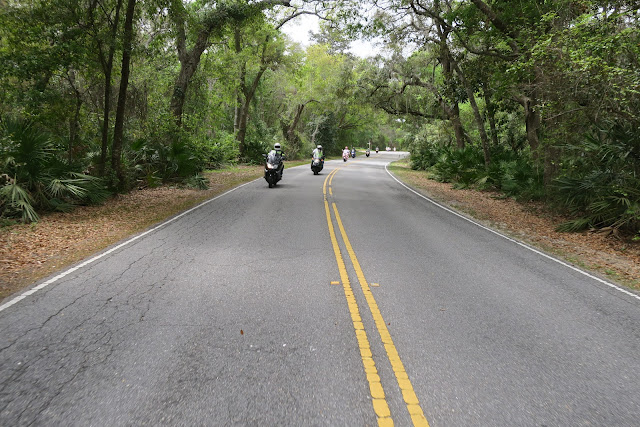 Riding along Amelia Island Parkway, one of my favorite roads in the area. 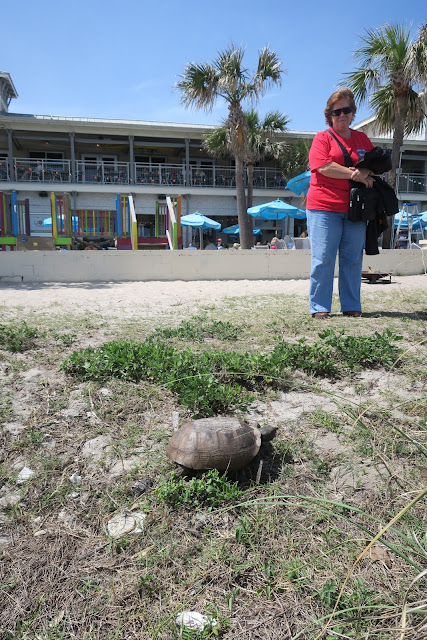 Ella and her tortoise. 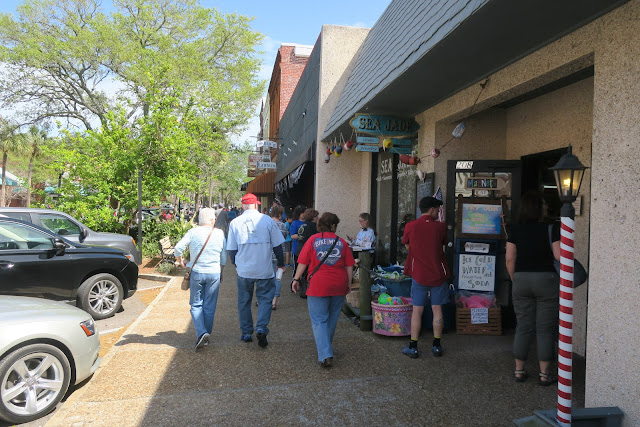 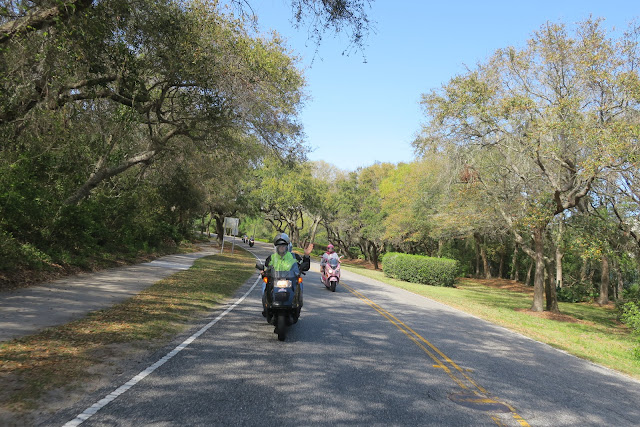 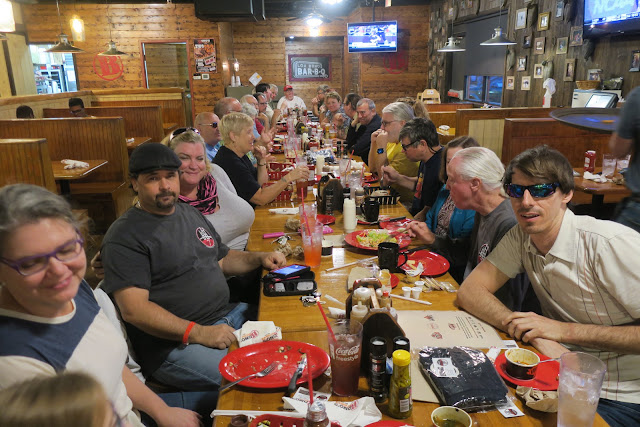 One big table for dinner. 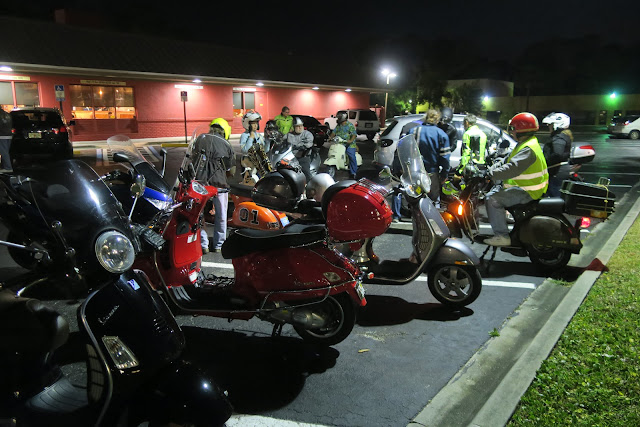 Gathering after dinner for the ride to the park. 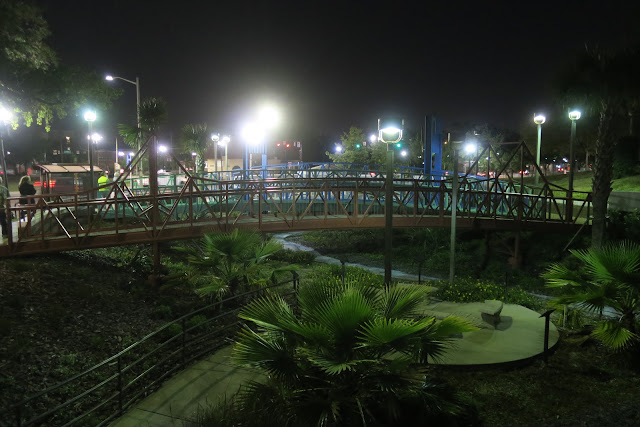 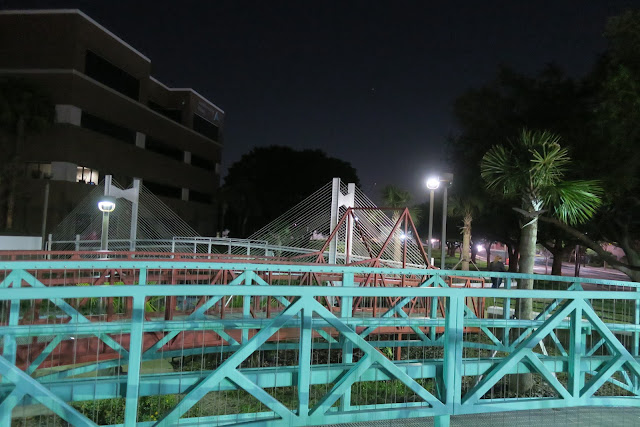 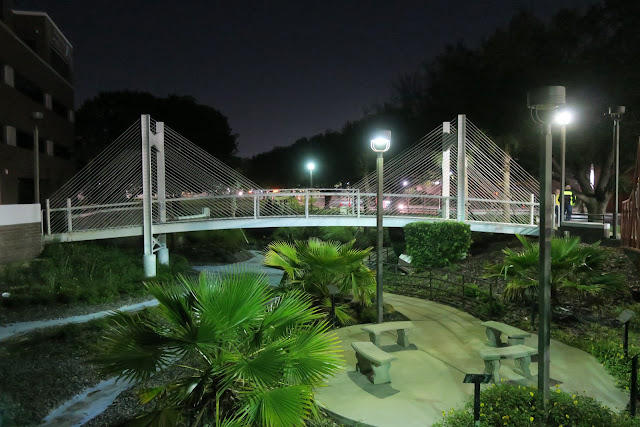 The Dames Point Bridge at the park.

Posted by Bill Leuthold at 9:03 AM