Snoopy Back to the Kennedy Space Center

This was a busy weekend.  It started with me riding down to Titusville to visit with my scooter friend Bob Arnold.  The mission was to return the astronaut Snoopy to the Kennedy Space Center.

One and a half years ago Bob sent Snoopy out into the Modern Vespa world.  Snoopy traveled to around the world, but this weekend was the time to return him.  He will be part of an astronaut dinner, then put on display for a while.

Rain was forecast for the ride down, but the clouds cleared before I left at 1:30.  I told John Colarusso, a prominent Modern Vespa member that I would be passing through his hometown of Palatka at 2:30, but traffic and a stop to see the Blue Angel's birthplace made it 2:45.  He was there and we got to talk for a few minutes. 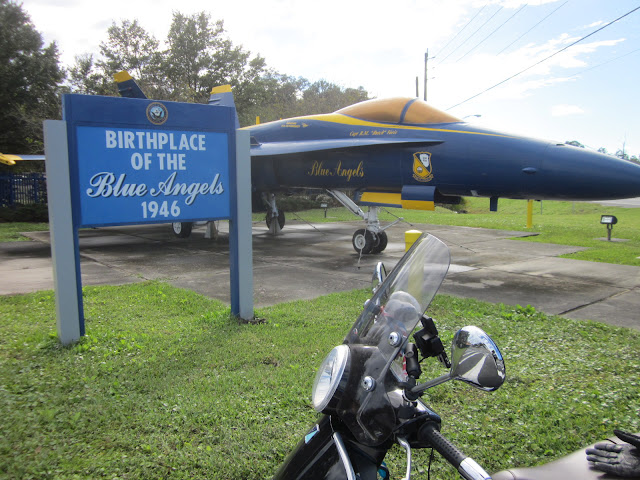 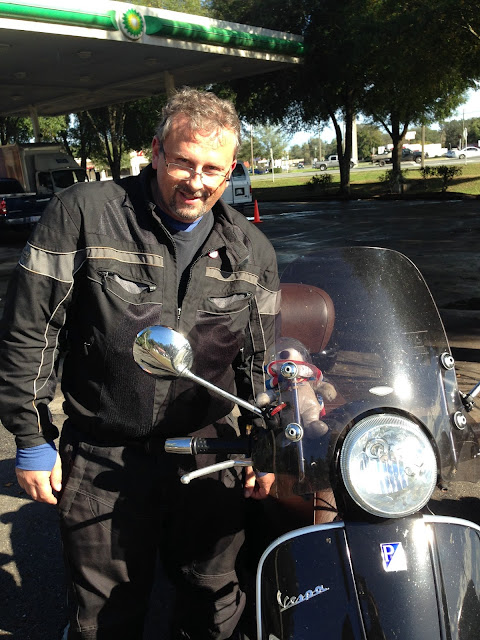 John, Snoopy and Razzo in Palatka 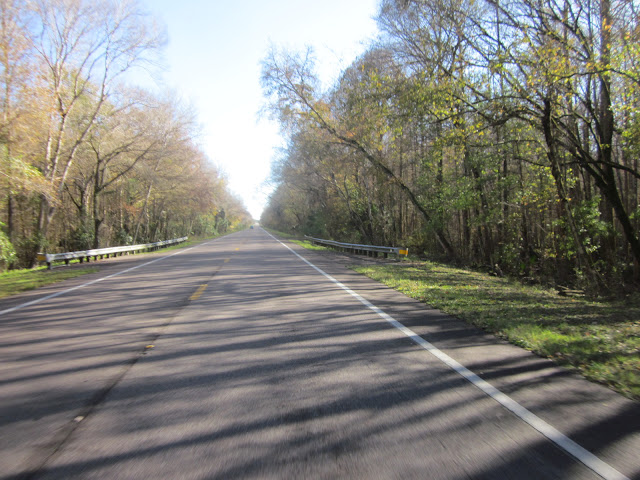 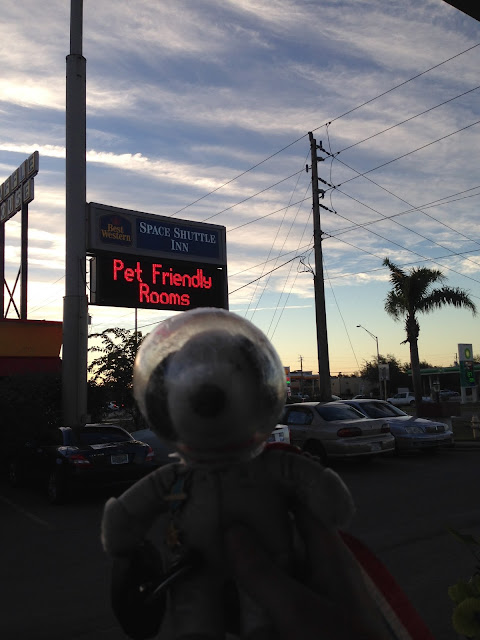 I was glad to see that the hotel was pet friendly


I then proceeded to Titusville where Bob and I had dinner and discussed plans for Saturday.

Bob had set us up for an escorted visit to the Saturn V and Atlantis exhibits,  Also a meeting with Rodolfo Neri Velo, the first astronaut from Mexico. 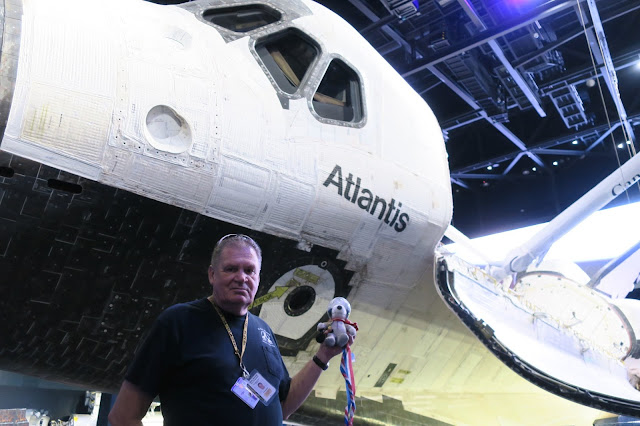 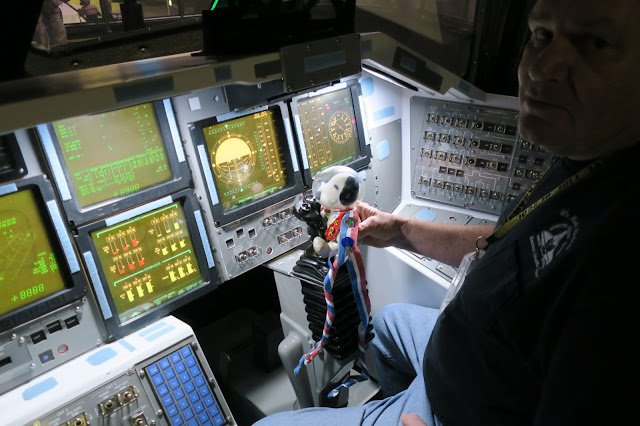 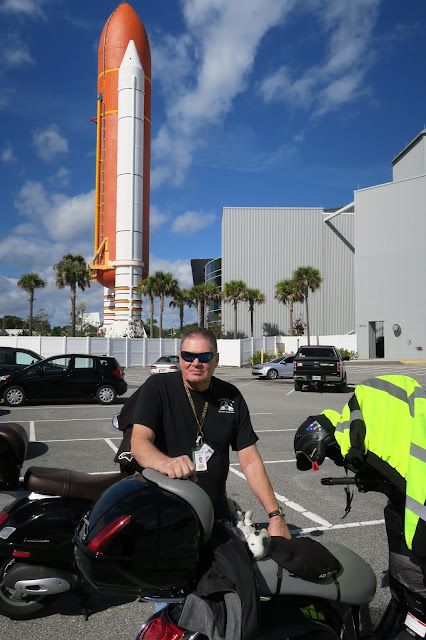 Bob in the parking lot 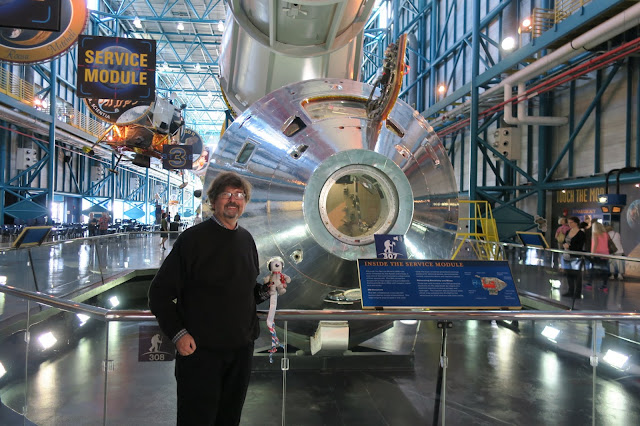 Me at the Apollo capsule in the Saturn V exhibit 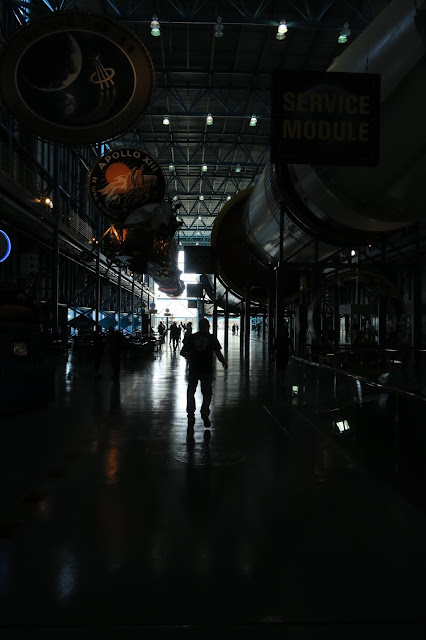 I liked this photo of Bob in the Saturn V exhibit 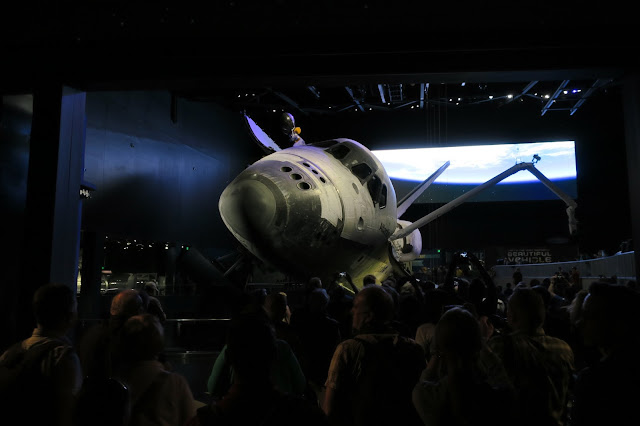 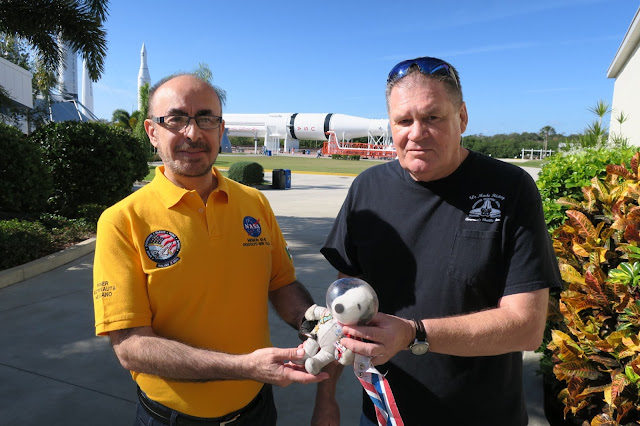 
The visitor's center and Saturn V areas were great.  I hadn't been to the center since grade school, so it was a treat for me.

The ride home was uneventful, making for a very fun weekend.