Last Sunday, my scooter club, the 7 Bridges Scooter Club, had our annual signature ride, the 7 Bridges Ride over the seven bridges that cross the St. Johns River in Jacksonville.

This year, the weather didn't cooperate much, and forty riders waited at Hardees for it to clear. We had decided that, with the rain and wind, that we would cut it from the seven bridges plus the Shands Bridge in Green Cove Springs, to five smaller bridges.  I offered to take those willing to brave the elements on the entire run, so we split into two groups. 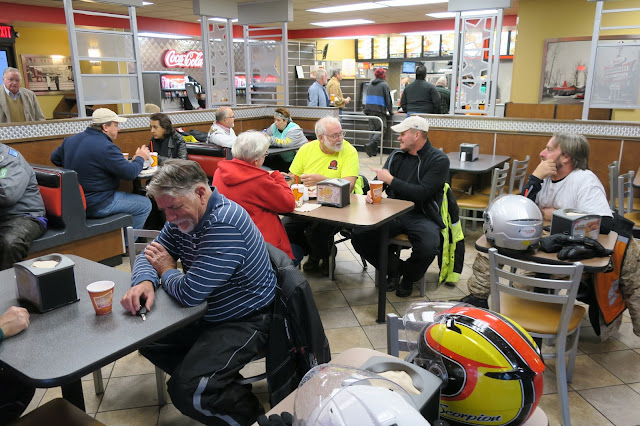 My group left first and we headed south on one of the best roads in the area, State Road 13, to the Shands Bridge. 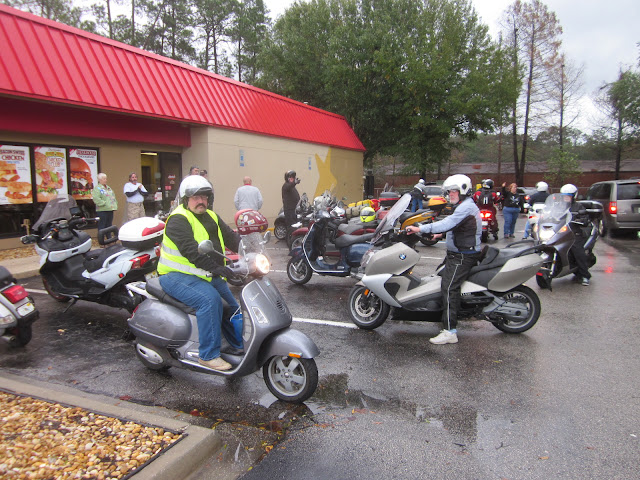 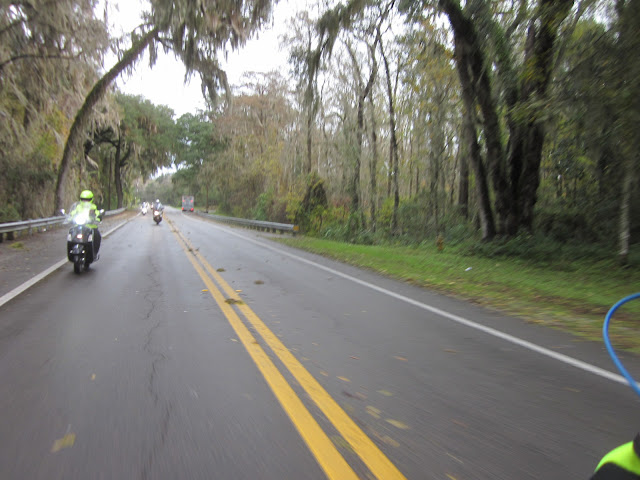 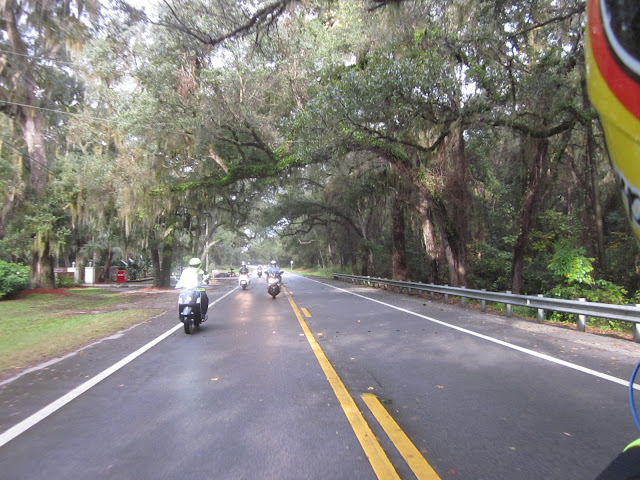 In crossing that one, the 20+ mph winds were gusting from the right.  It was lighter than I expected but there was a big gust at the west end of the bridge that forced some directional corrections.

That was followed by the worst part of the ride, heading through the sprawl of US 17 in Green Cove Springs, Fleming Island and Orange Park. 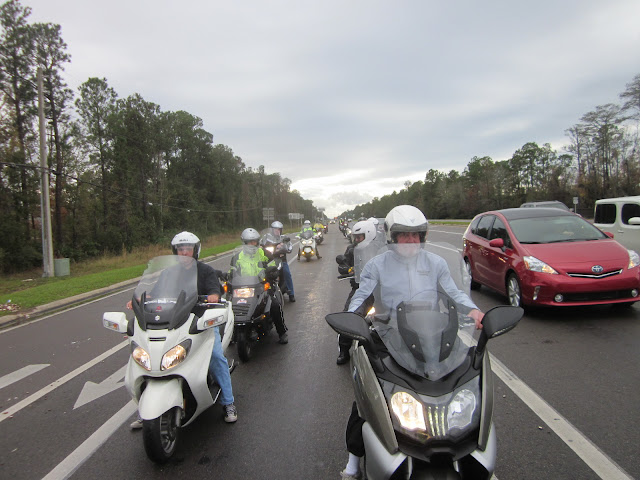 We got a little separated in Orange Park, so I had us pull over to a gas station to regroup.  Of course, while there, one rider needed to change gloves, then another had to go to the bathroom, followed by half the group.  We were probably there for twenty minutes, but it was all fine.

The Buckman Bridge, I-295 crossing between Orange Park and Mandarin, was a little breezy, but again no problem.  It is a three mile long, four lane in each direction, 70 mph bridge, so not much fun.

Riding up San Jose Boulevard to San Marco was easy, then we rode through the San Marco Square to the Fuller Warren Bridge.  This bridge is I-95 and crosses at a narrow point in the river.  You almost don't realize you are on a bridge, but it has views to downtown and south to a wide, long part of the river.  There was a hard cross wind on this one, but again, no big deal.  At this point the clearing weather was starting to make the ride much nicer.

We took a little ride down Riverside Avenue to the Acosta Bridge where we crossed to Friendship Fountain for a brief photo opportunity. 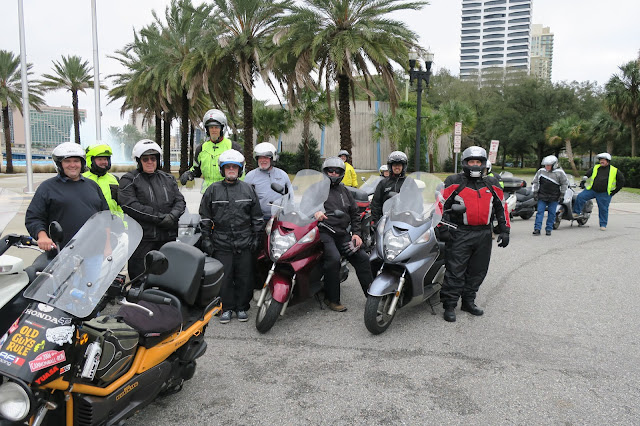 This was followed by the Main Street Bridge and Hart Bridge, two bridges with colorful steel structure over the roadway.  After the Hart Bridge we stopped at the planned rest stop where we took advantage to fuel up and use the restrooms. 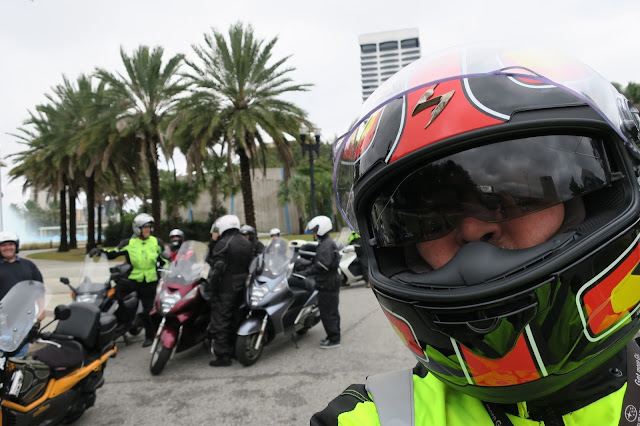 We looped around University Boulevard to the Mathews Bridge.  This one was built in the early 1950's, and is narrow and steep.  We had a strong cross wind but no problem again. 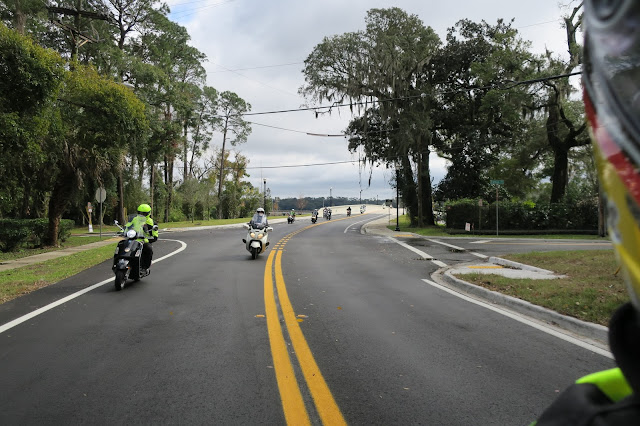 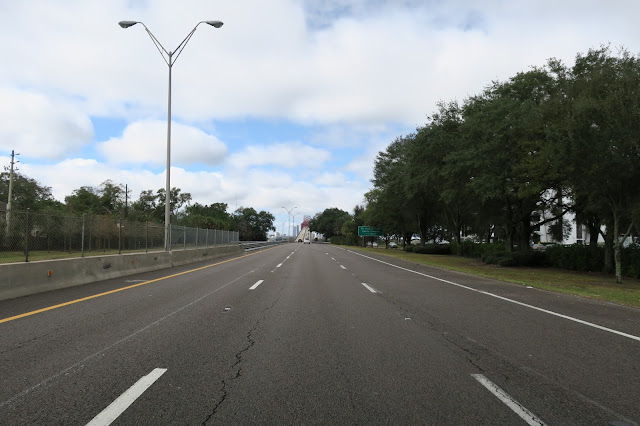 From there we looped around to Main Street and Hecksher Drive to the Dames Point Bridge, the tallest and most dramatic crossing in the area. 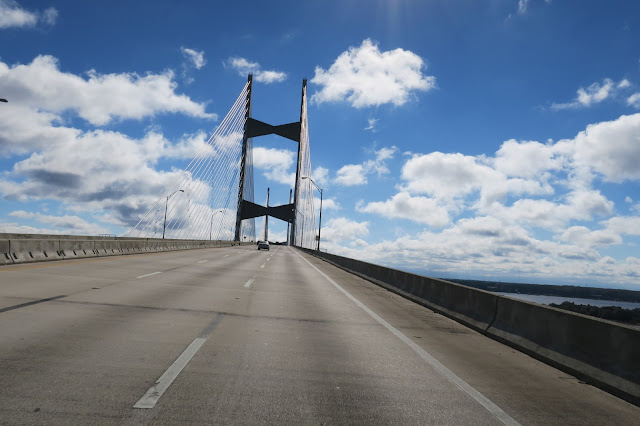 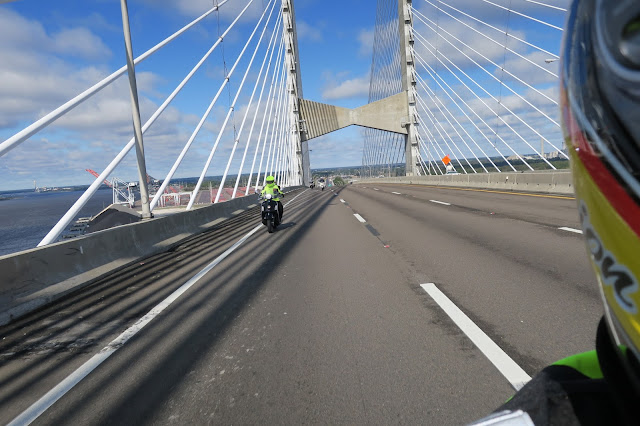 Then eight more miles to the Seven Bridges Restaurant for lunch and conversation.  Russ passed out tee-shirts, stickers and patches while there. 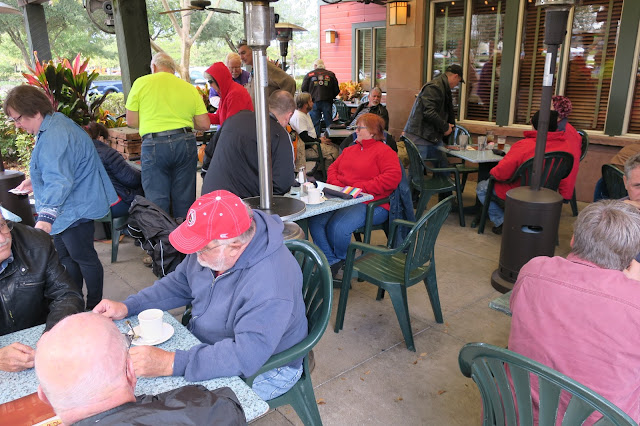 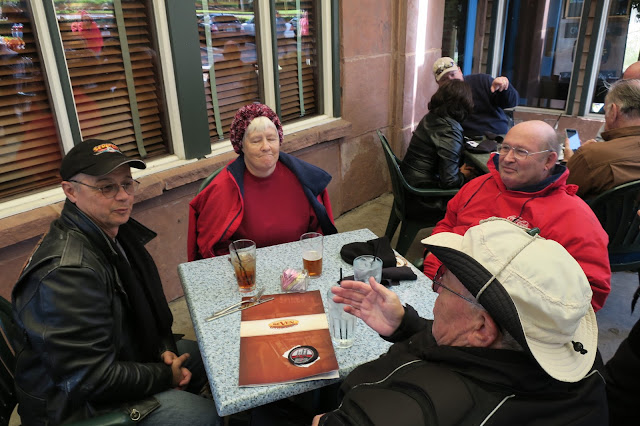 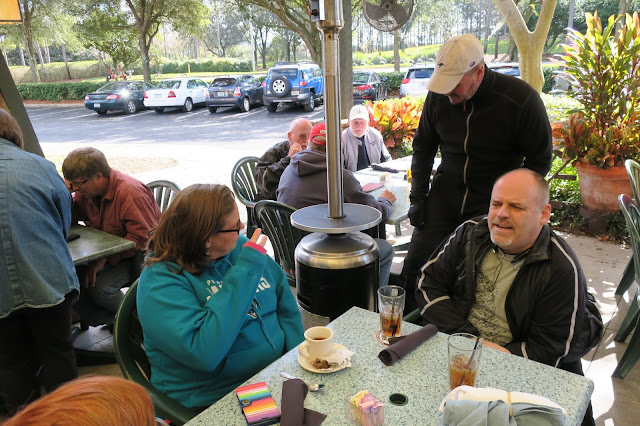 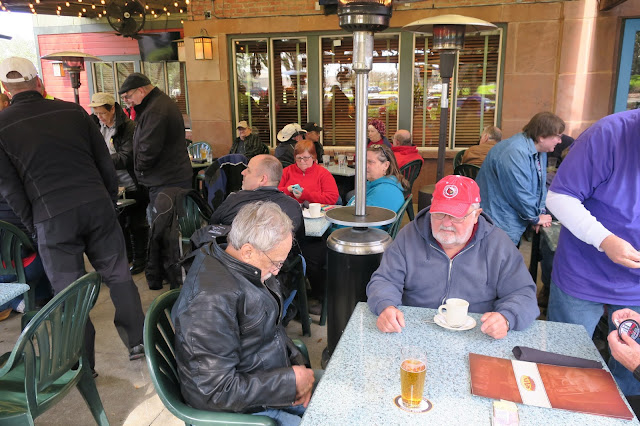 I had fifteen in my group, and I believe that everyone enjoyed braving the elements to get all the bridges in.  It was an 85 mile ride that we covered in just over two hours.  That was fun, but next year I am hoping for a warm, calm, clear day.
Posted by Bill Leuthold at 8:40 AM