Yesterday we had a ride scheduled, a short one to Lake City for lunch.  Rocket has been acting up and I had no windshield, so I decided to take the Honda.

We rode up to St. George, Georgia, then across to Moniac and through the Osceola National Forest to Lake City.  It was around 100 miles of fine North Florida roads.  Then we blasted home on US90 and I-10.

When I got home I had to decide whether to go to work to finish the Towler House plans or work on Rocket.  I chose Rocket.  After changing the tire last week, it developed a strange vibration to go along with a flat sound coming from the exhaust along with diminished performance.  I determined that I would look at the pieces I touched and reinstall them, so I took off the exhaust, tightened the swing arm bolts, installed a new exhaust gasket and put it all back together.  Then went for a ride to try it out and the old Rocket was back.

Then I went to see Boris to let him know what a master mechanic I have become.  While there I asked him about a couple of flyscreens he had and he offered one up at a very reasonable $20.  I installed it and took a very fast ride to Baldwin and back.  On the return, into a slight wind, I was able to average 74 mph with a top speed of almost 79 mph on a slight downhill stretch catching a slight draft of a car ahead.  There was no loss of power or overheating either.  The flyscreen also blocks enough of the wind to make the ride comfortable and feels much sportier than the previous Faco midsize that I have been using for the past six years.

I am still getting a new midsize, but I will use this one more than I thought.

I am very pleased with the progress Rocket has made since getting bashed a couple of weeks ago. 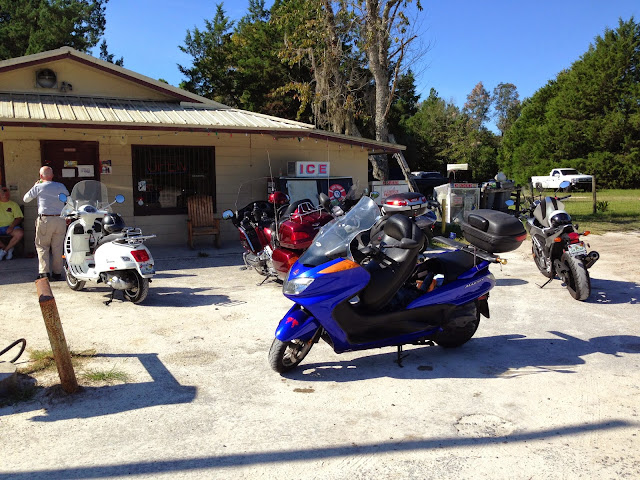 A stop in Taylor, Florida to let the old guys (all of us) rest. 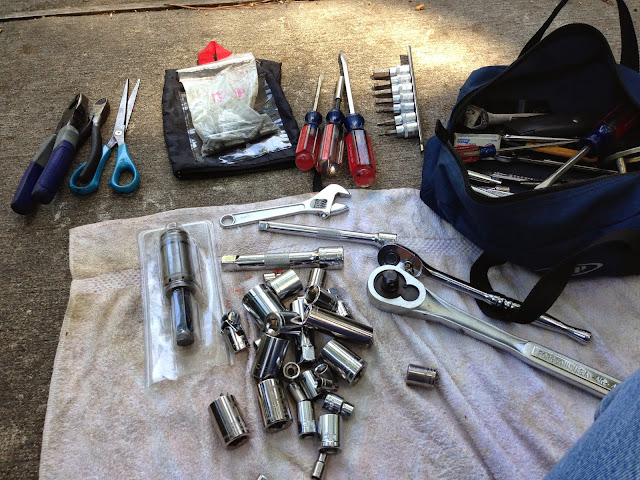 Busted out the tools for the re-installation of the exhaust. 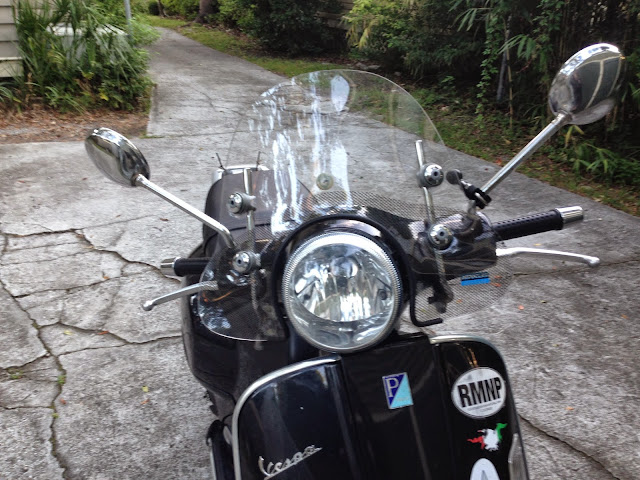 New Flyscreen.  I liked it.

Posted by Bill Leuthold at 8:38 AM