This past weekend, I rode my Honda up to North Carolina to take part in the MP3 Fall Gathering at the Blue Ridge Motorcycle Campground between Brevard and Waynesville, NC.  I already knew some of the participants but looked forward to meeting more.  It turned out that they were all very nice and accommodating to me, a stranger in their midst.  I got to talk to Amy, froggieposition on MV, quite a bit and found her to be very cool.  I looked forward to meeting Rick, Scutrbrau, but he had recently lost his mother and, understandably, kept to himself much of the weekend.  I always enjoy seeing Doug, Old as Dirt and Mike, LM15, sharing a cabin with Mike.  Meeting Noreen and Kevin was fun along with everyone else.  It made for a fun weekend with cool rides too.

The ride up and back was most notable for the discomfort afforded by the seat, The Little Seat of Horrors, as it was torture, especially riding home.  I went to Sargent to get a new seat the day before leaving but they had none to sell.  I will order one soon to make future rides much better. 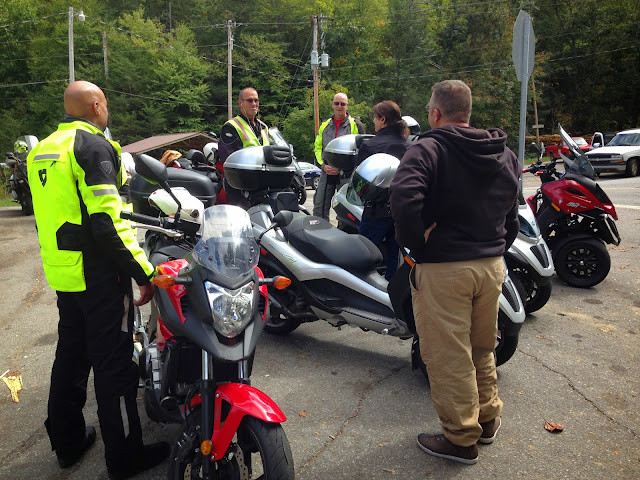 On the Friday afternoon ride. 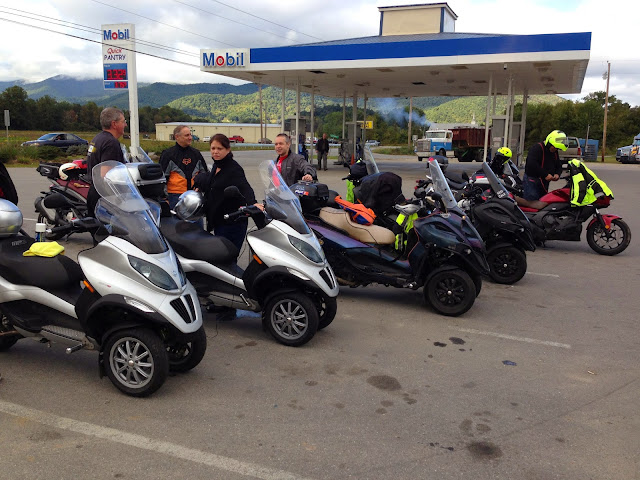 Getting ready to leave on the Saturday morning ride. 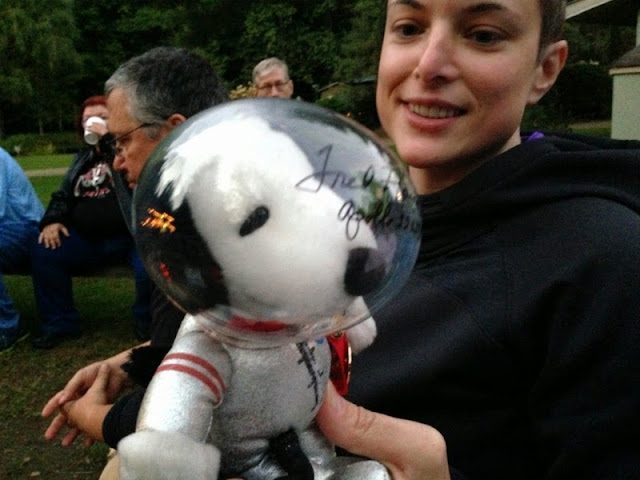 Snoopy made it, in spite of Stickyfrog's bike issues.
Amy became his handler for the Gathering. 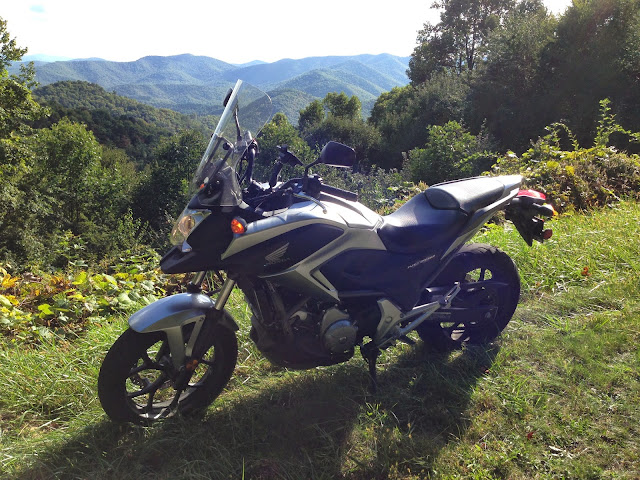 The uncomfortable, but fine cruiser, Honda 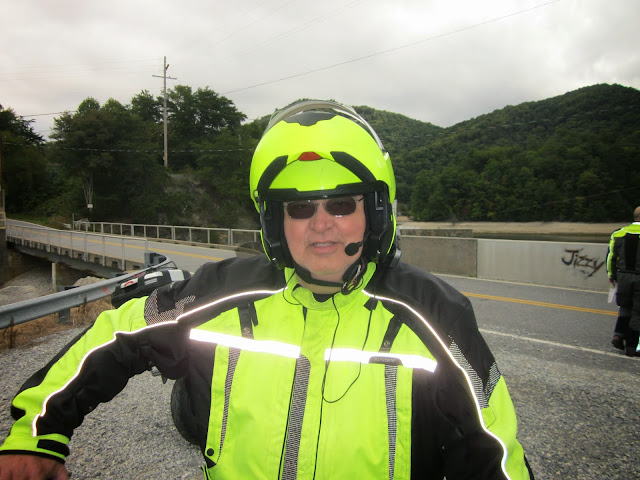 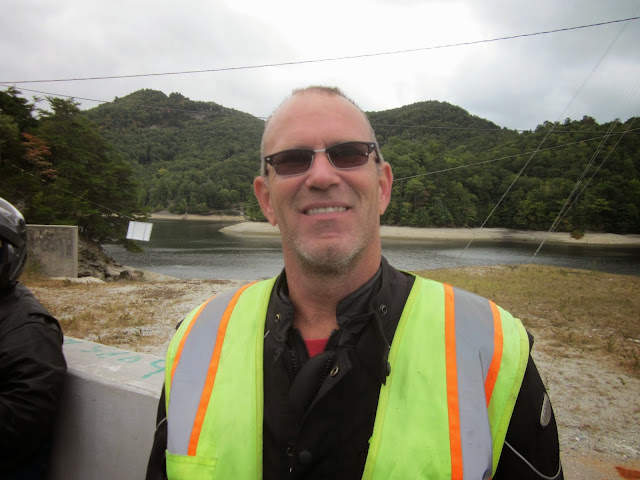 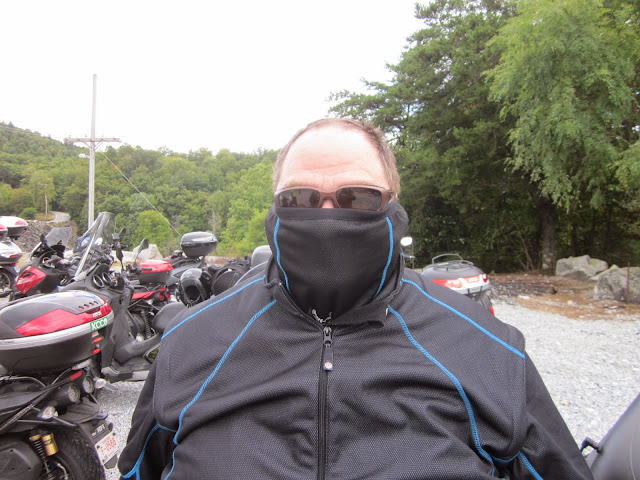 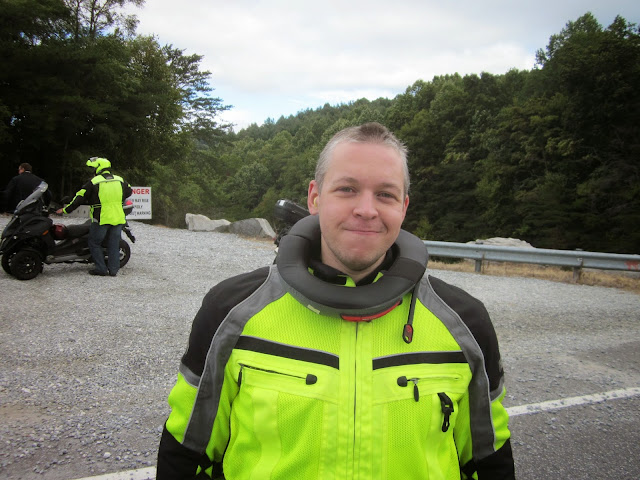 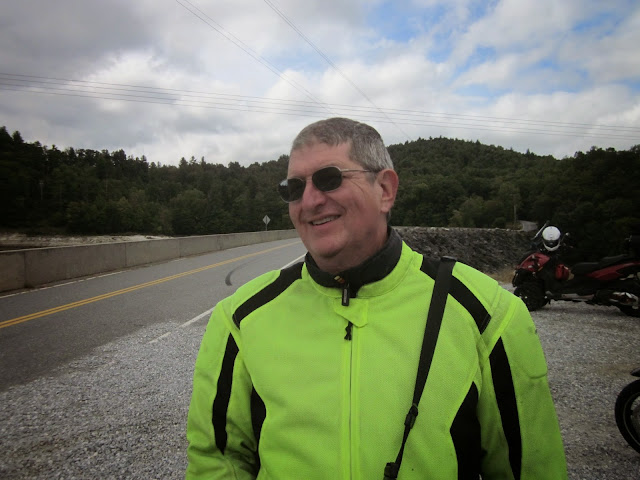 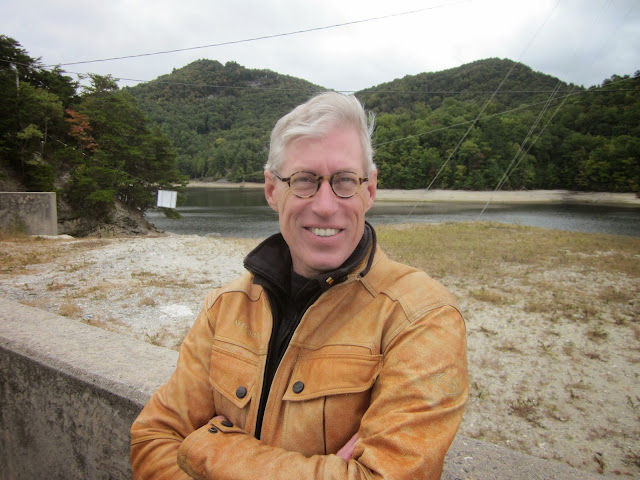 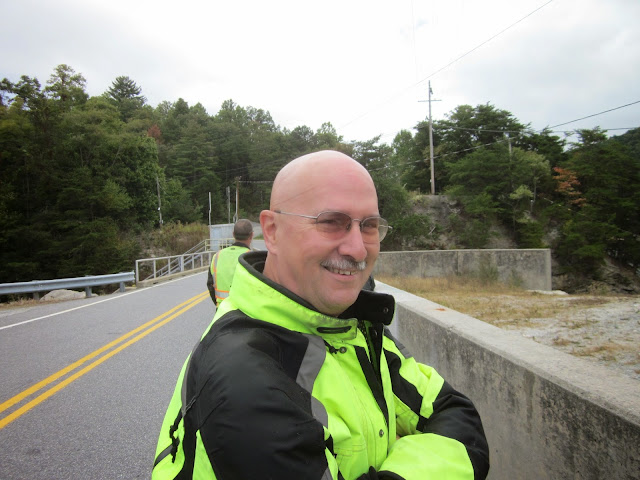 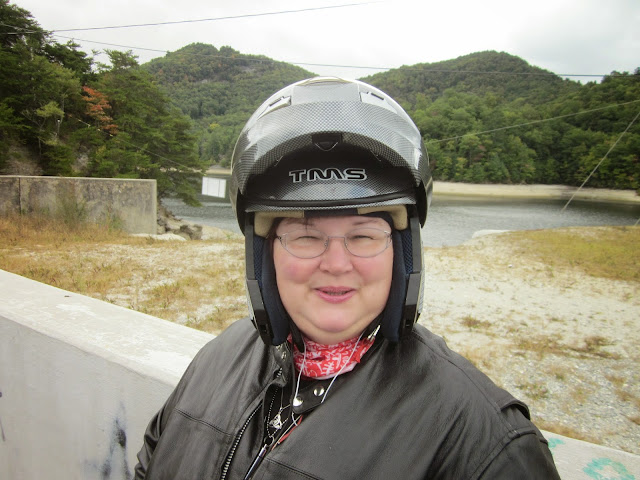 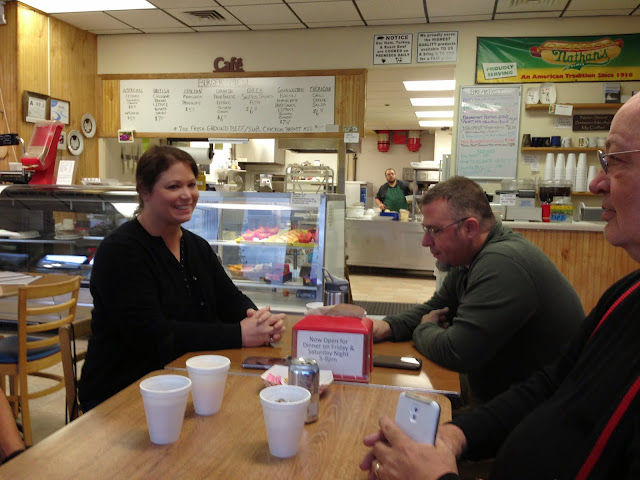 Noreen and Kevin with part of Ralph 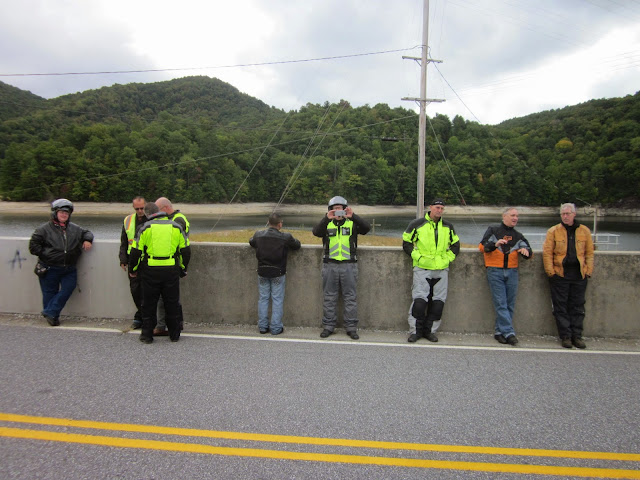 Line up at the dam.

Posted by Bill Leuthold at 8:50 AM