I had a busy time over the just passed weekend.  It started with a message from Ken, Lostboater, saying that he was in town to ship a painting to a friend. He asked if we could meet somewhere for breakfast or lunch, then to find someone who could box and ship the painting.  I have a good friend who was my roommate while I was in graduate school at UF.  He has owned a small mailing store for the past ten years or so, so I suggested that to Ken.

So we met at my house so he could see the new Lambretta and bless Rocket.  Then we walked to the Fox for breakfast where we were early enough to get a window table.  Then I drove him to the shop where we dropped off the painting and chatted with Brian for a while.  We then drove back home the long way and I showed him some of the house projects I have worked on over the past several years.  It was as drive through two of the best neighborhoods in town so it made for a better ride.

After that, I took Razzo to the warehouse where Boris and I changed the oil and filter as the final preparation for the big ride to Virginia.

I have several very good clients, of which one called on Friday to ask me if I could design a platform, stair and rope ladder to mount a family heirloom treehouse hut onto at the property of a new house I designed for them last year.  So I rode Razzo up to Amelia Island and attempted to measure an area in a beautiful live oak.  It was a bit unnerving being as old and feeble as I am while up in the tree.  But I managed.  Then I wanted to see progress on a new oceanfront house that Scott and I designed a few miles north of this property.  Steve wanted to see it too, so he drove me up there to take a look.  Not much progress, but the contractor, Keith Lane, had put up a sign with my name on it.  I never do that myself, preferring to not bring attention to myself, but it was cool to see.  He had the pilings marked for installation, probably early this week. 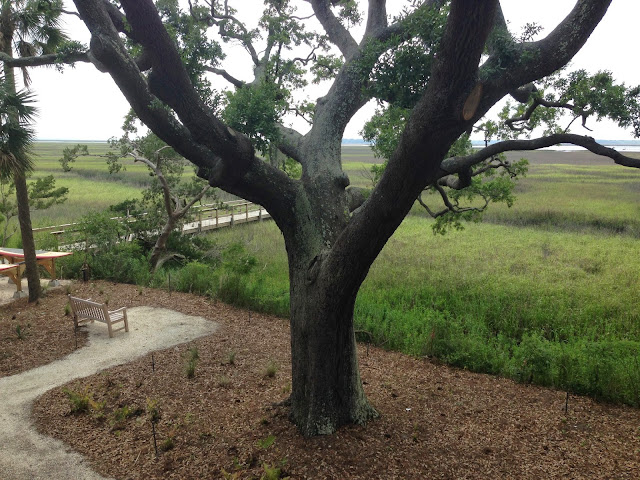 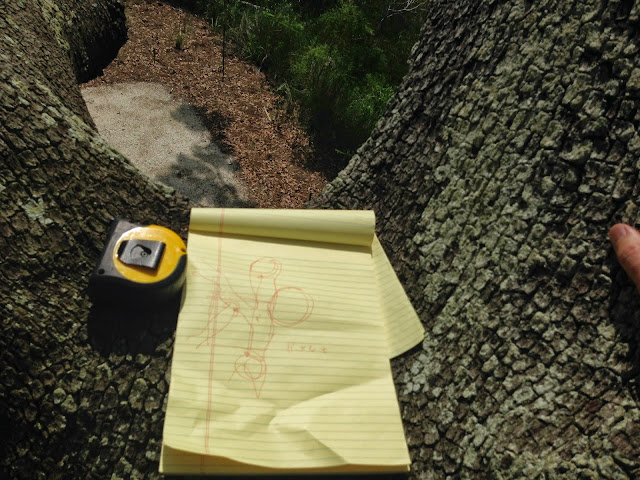 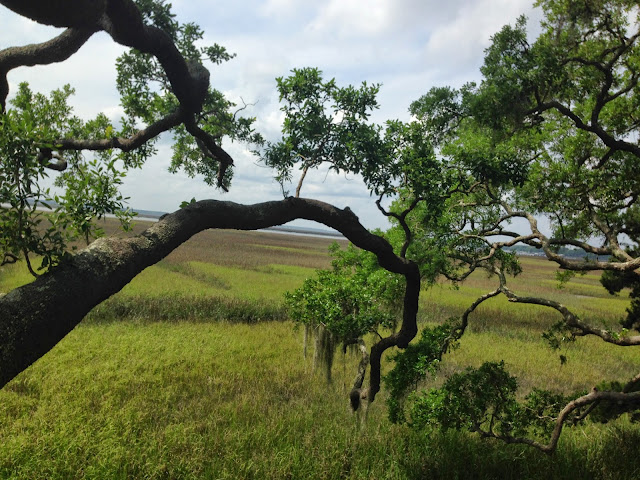 View from the future treehouse


We then wanted to measure the hut part of the old treehouse.  It was at Steve's sister-in-law's house thirty miles away, but on the way home.  So he dropped me off and I followed him on Razzo to the house.  There, we were met with a warm greeting and Corona beer, that hit the spot.  I measured, then rode home, partially  in a downpour.  The highlight was passing Steve on I-95 at 75 mph.  He just waved.

Sunday was Autocross day!  I got up early and headed to Gainesville Raceway in the Miata.  It was looking like a fun day because I am usually competitive there and we had Fast Phil, Larry, Brandon and DJ along with three more in my class.  Phil usually beats us and did again this day.  Larry still has to set his car up for Gainesville.  He has been beating me regularly at Amelia, but I usually am faster than him at Gainesville and Roebling Road.

On this day, I was in the lead after three runs, but Phil got two fast times on his last two runs.  Then Brandon had a good one and beat me by 7/100 of a second for second place in class.  We finished fourth, ninth and eleventh out of 94 in the handicapped PAX system so we were competitive.  I was 37th in raw time, but running a stock car has its disadvantages against the modified cars. 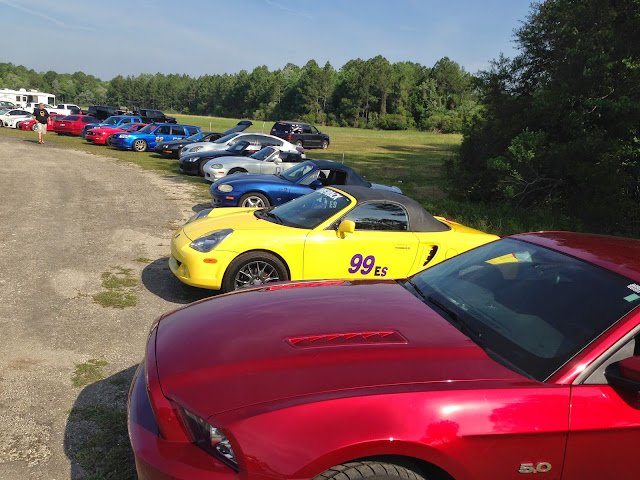 Getting ready to run.  My Miata behind Fast Phil's MR2 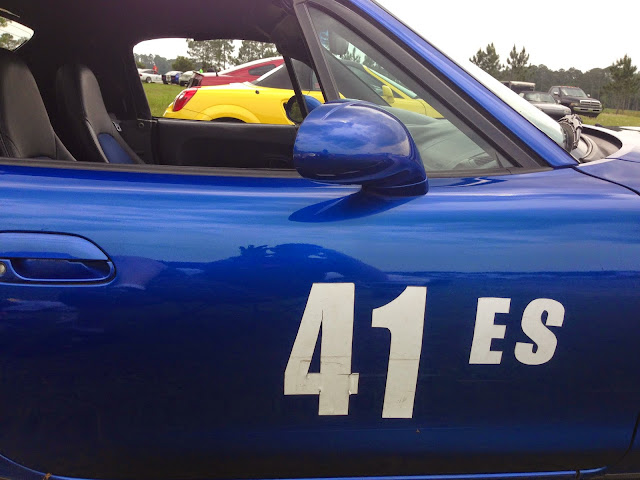 A close up of my Miata 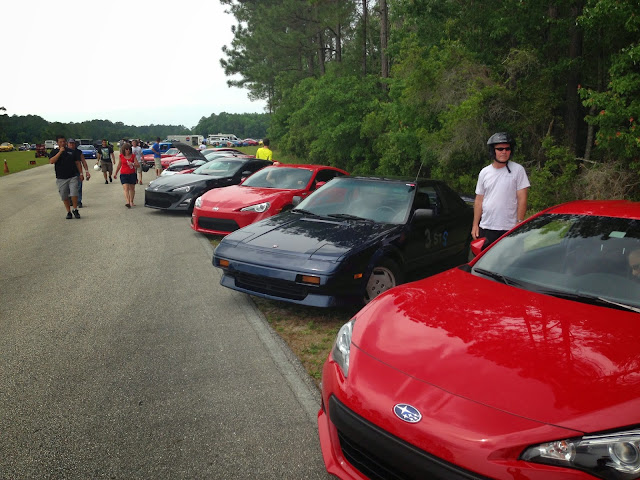 There were a dozen BRZ/FRS drivers at the meet.  They were fast.