I have to say that my scooter friends have become among my best friends.  We spend more time together than my other friends and we always get along.  Maybe it is because we are riding separately most of the time, but we sit together at meals and have, usually, nice discussions.  And we have had many multiple day rides to the mountains of North Carolina and the Natchez Trace Parkway.  I must say that never a cross word is spoken.

This past Sunday illustrated the closeness of the group.  I couldn't ride because I was entered in the local SCCA's Autocross event at the Fernandina Beach Airport.  A ride had been set up to come visit but I thought it would be two or three.  During the driver's meeting someone among the drivers yelled out to me to look at what was arriving.  It turned out that 10 or 12 were riding and came to watch me race my little Miata.  They hung around for several runs, then continued to lunch.  I had the biggest group of supporters among all of the drivers.

It made my day. 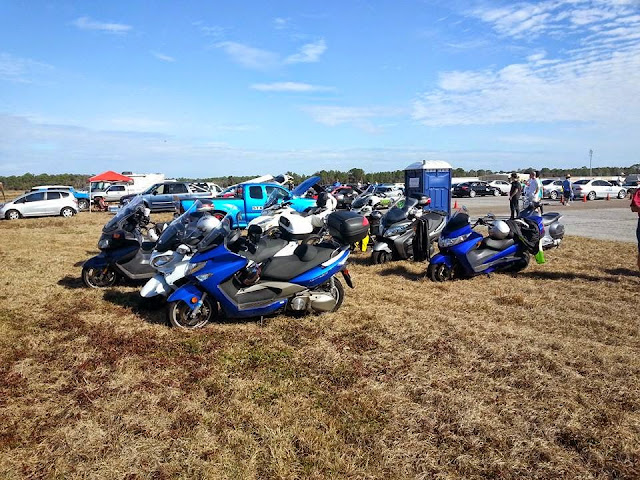 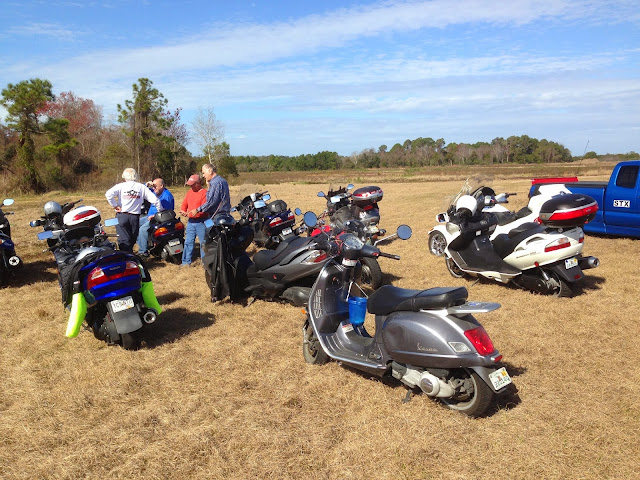 And some of the group. 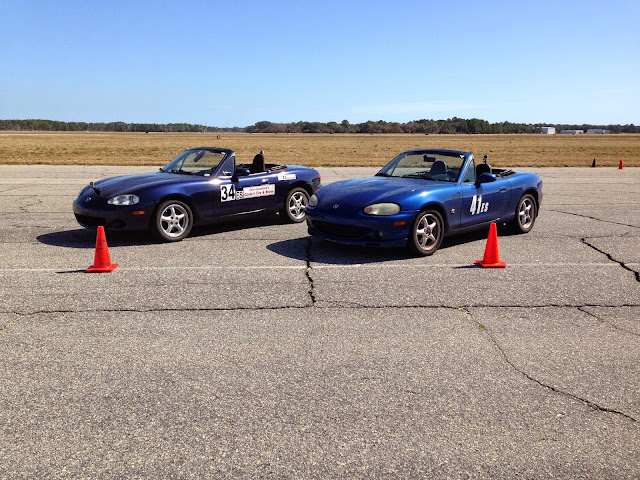