This Sunday Ride was to a restaurant called High Jackers, at the Flagler Beach Airport.  Flagler Beach is around 75 miles south of Jacksonville but we took a scenic route.  Heading down we took State Road 13.  It heads south from Mandarin, a large suburban community in the south of Jacksonville.  This road is on many motorcycle ride books as one of the best in Florida.  It runs along the east side of the St. Johns River, coming quite close to the river is several areas.  The views are great and the road has enough trees and curves to be entertaining.

The meal was fine.  It was early February, but we had very nice weather and ate outside, looking over the airplanes parked on tarmac.  The covered booths were mounted on wheels so we could rock if we wanted.  It got old after a while.

I decided we would return via A1A, the legendary Florida highway that runs along the Atlantic coast. We started in Flagler Beach and headed north.  Traffic was a bit more than I prefer but we handled it well.  St. Augustine is the major town along the way and there was a backup leading onto the Bridge of Lions into the historic town center.  I navigated through a neighborhood and avoided much of the bumper to bumper stuff.

We continued north of St. Augustine to Ponte Vedra Beach on A1A and I made it back to the neighborhood to see a rally for a friend of mine, Bill Bishop, who is running for Mayor of Jacksonville.  Wish him luck.  He will need it with an incumbent mayor and the other major candidate getting all of the support from the party and big business.  We need some intelligent, unconnected leadership to make Jacksonville the great city it could be. 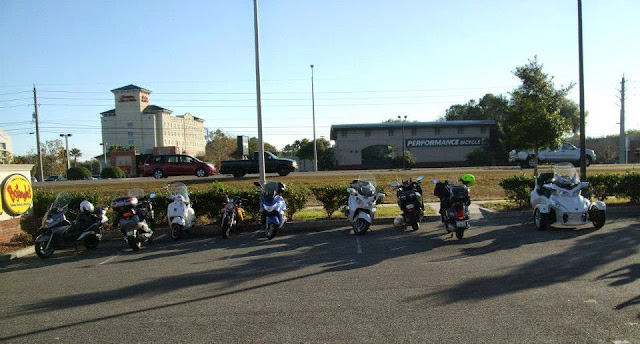 The start at Bojangles.  Nine riders rode down. 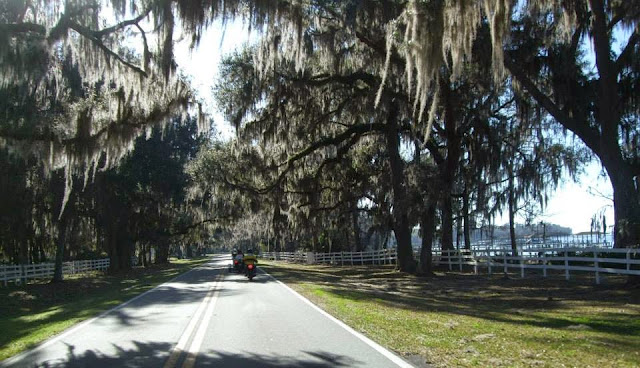 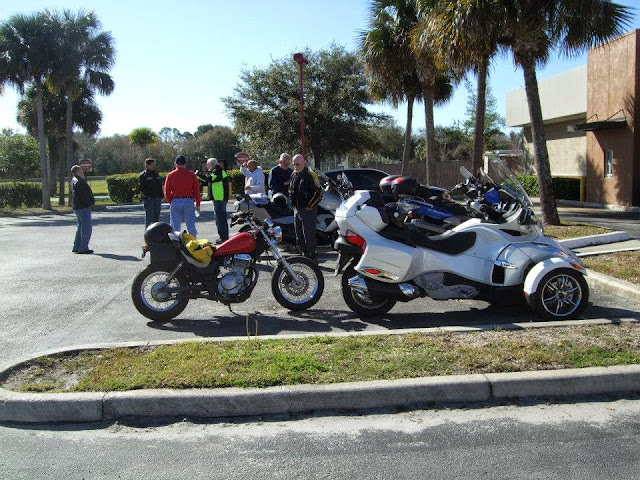 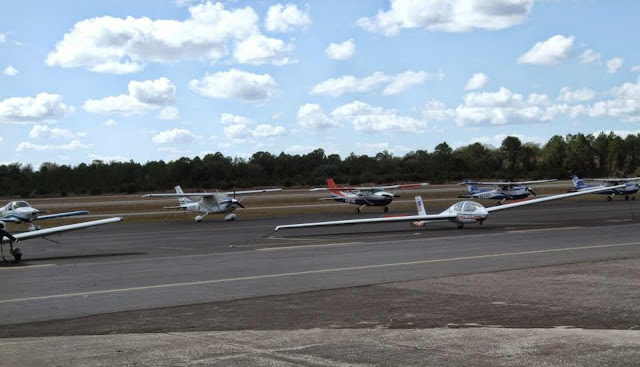 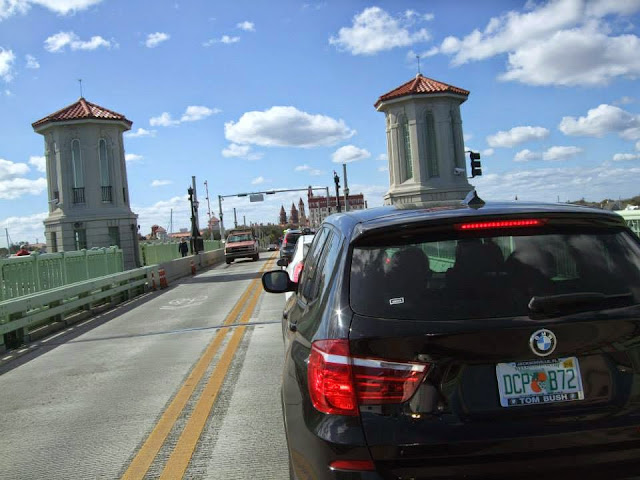 Traffic on the Bridge of Lions heading into St. Augustine. 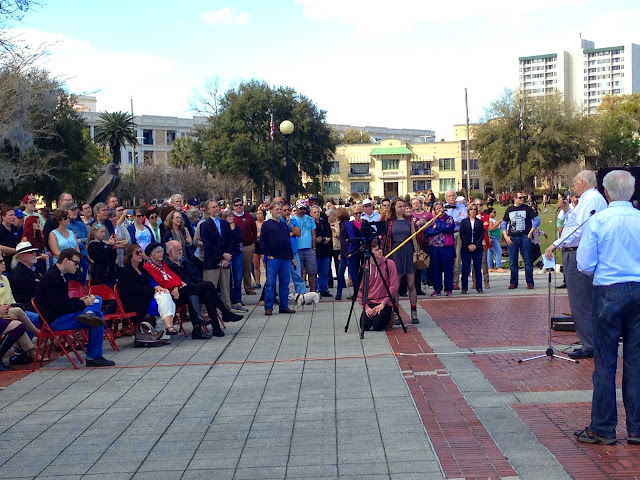 Bill Bishop for Mayor.
Posted by Bill Leuthold at 6:28 PM