On Saturday, I had Boris pick up the 1965 Lambretta Li125 and take it to he shop to begin repairs.  It wasn't running after sitting in a garage for more than 30 years and I had hoped that it would start after some minor cleaning and repairs.

He had his brother Eric remove the carburetor for cleaning.  They checked out the fuel tank to find some small holes in the top.  Then checked for spark and found none.  So he cleaned the points and stator, getting a strong spark.  They found that the fuel controller was completely clogged and not repairable.  So a new one was to be ordered.  Then they sprayed carburetor cleaner into the cylinder to see if they could get it to fire.  Unfortunately they could get no fire.

Boris thought it might be a clogged exhaust, so that was removed.

I had to leave, but after some consideration, Boris decided that the crankshaft seal was bad, allowing too much air into the engine.  So that part is ordered for replacement. Unfortunately that involves removal of the engine and much expense.  But we will do it anyway.

I had hoped to be riding by now, but will just have to wait. 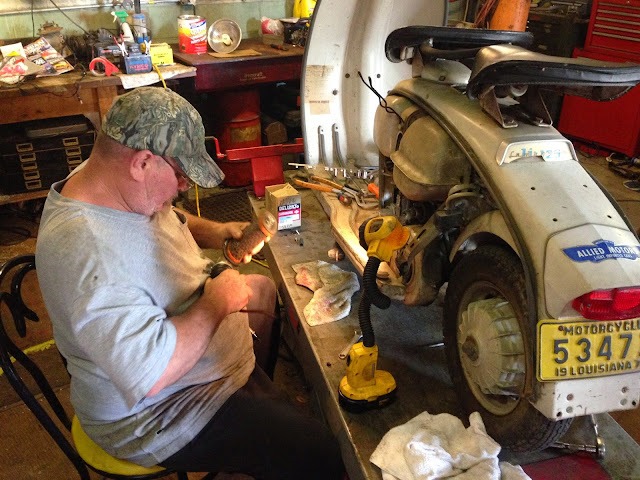 Eric working on the air filter. 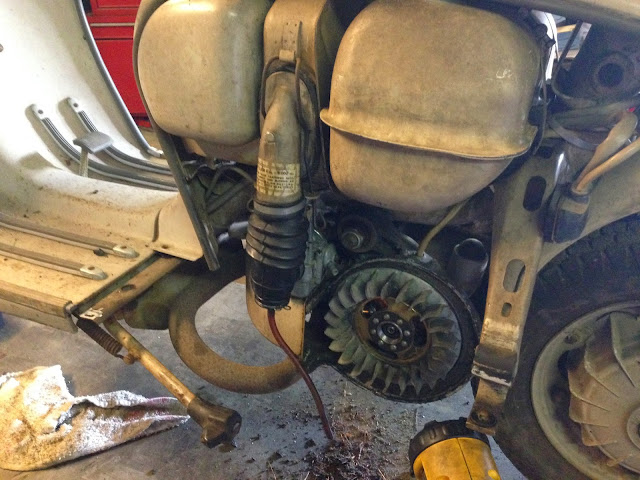 Lambretta opened for repairs.  The large tank on top is the fuel tank.  It has holes in the top. 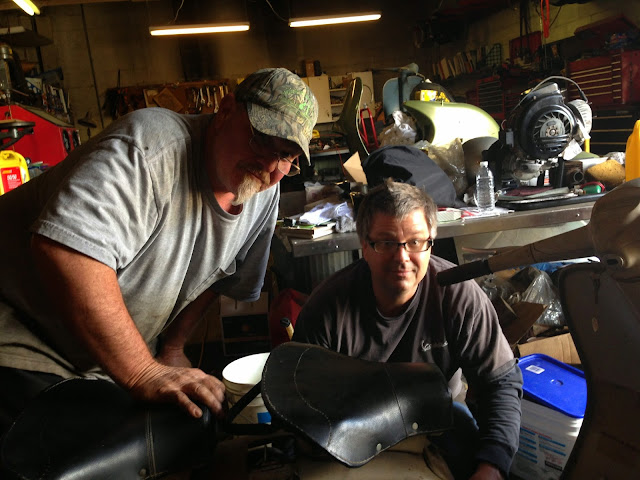 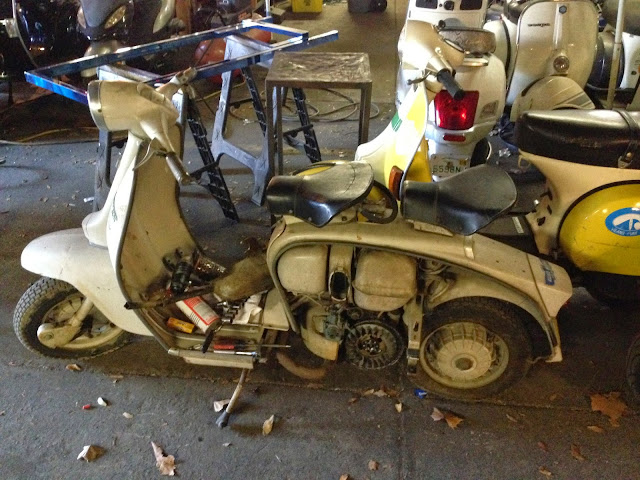 All apart waiting for parts.
Posted by Bill Leuthold at 8:43 AM