Hanging out in Seattle

Today was my layover, get adjusted day as I awaited the arrival of Mark Bobotek.

On the agenda was to visit with cousin Drew where I was to pick up the master key for Vanessa.

Then I wanted to visit the local Vespa dealer, Triumph of Seattle, and see their service manager, Daniel.  Both were successful.  I also wanted to change the oil and filter on Vanessa.  They were busy so I borrowed an oil pan and funnel but they wanted me to do the work off the premises.  I went to a local convenience store but couldn't get the drain plug out without my usual breaker bar, so I am holding onto the oil and filter and will change them in Morro Bay.

I rode around the area north of Seattle, visiting neighborhoods and parks along Puget Sound.  Stopped by the Ballard Locks, then headed back to the hotel to collect my stuff for a move to the second hotel in Redmond, near the Microsoft headquarters.

I had lunch alone in an empty restaurant.  The server was very personable, so it was a good experience.

Then rode around a little, seeing the Microsoft campus and came back to the hotel to chill until Mark came.

Then I rode over to Mark's Brother" house to meet up with Mark, test the scooters and head to dinner.  But first, Mark wanted to go by "Hashtag", a local pot store.  It was a fascinating place with the herb in so many forms, all marketed with fancy boxes, bags and wrappers.  I didn't buy anything.

Then dinner at a Thai restaurant and back to the hotel for the night. 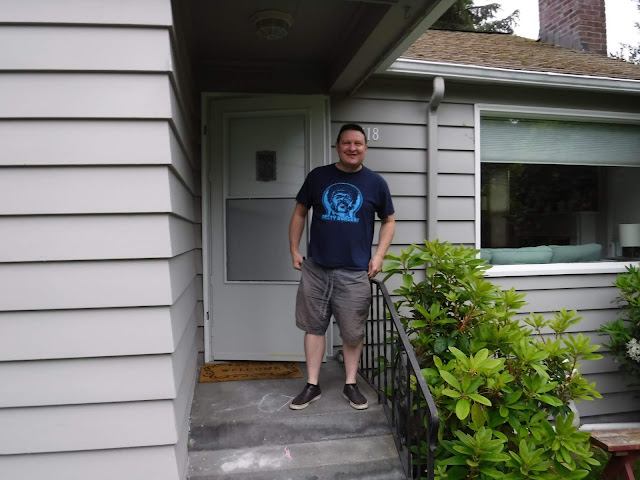 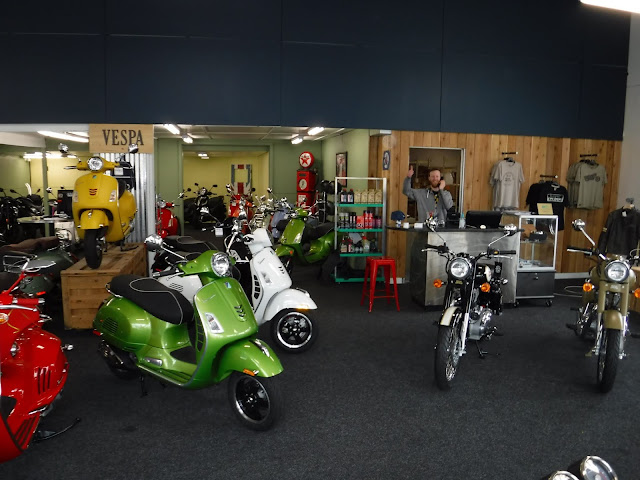 The Vespa side of Triumph of Seattle 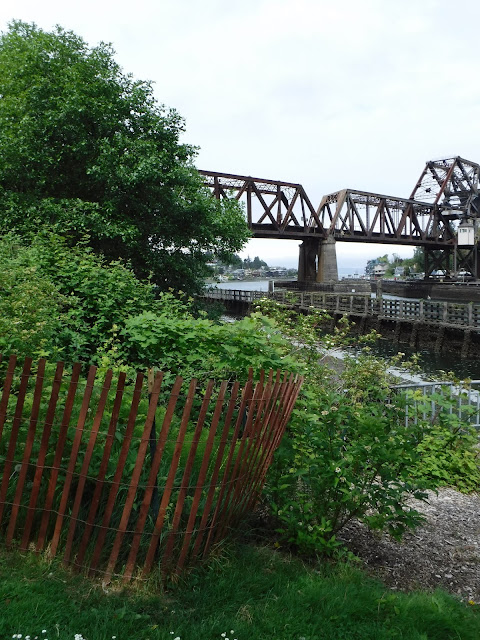 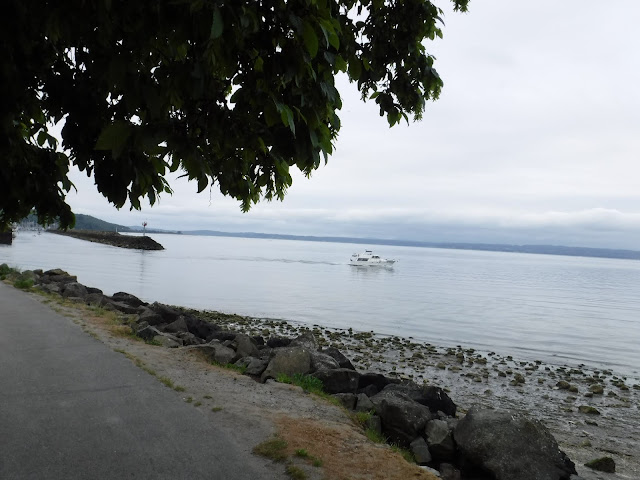 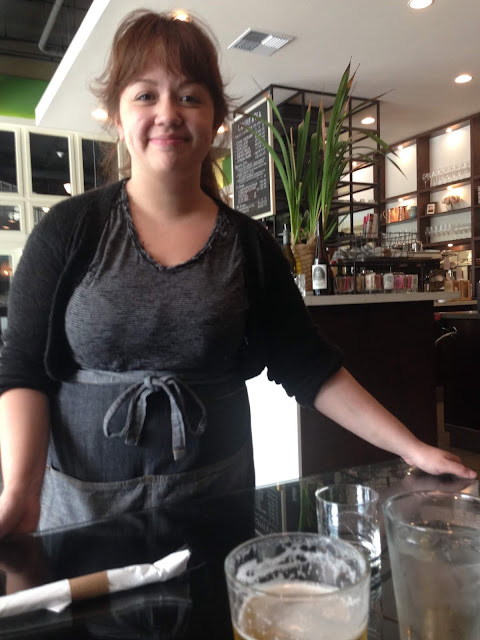 Lisa, the most pleasant server. 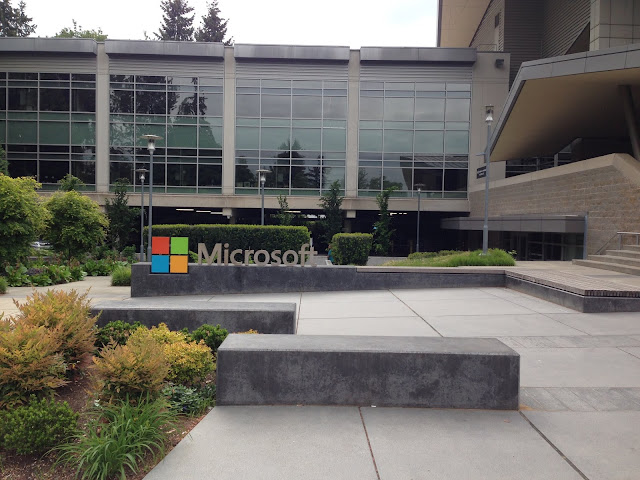 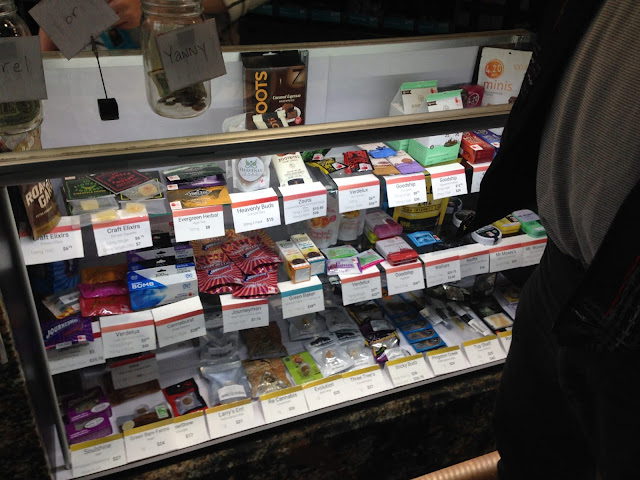 There were several of these display cases.
Posted by Bill Leuthold at 11:07 PM