October 1 found us again in Poggibonsi.  Sarah and I decided to ride alone again to see San Gimignano, the medieval city of towers.  It was a short ride east and we made it with no issues, except a few wrong turns trying to find the walled part of the city.  So we located a tour bus and followed it to the car park.  Riding a scooter opened parking availability, and we left the Tmax near the city entrance.

Once inside, we could see that it was a tourist oriented place with shops and restaurants everywhere.  We made our way past those to the Piazza del Duomo, an old city square dominated by the church and the Torre Grossa.  After looking around for a few minutes, we decided to continue our tower tour and bought a ticket to climb the Torre. 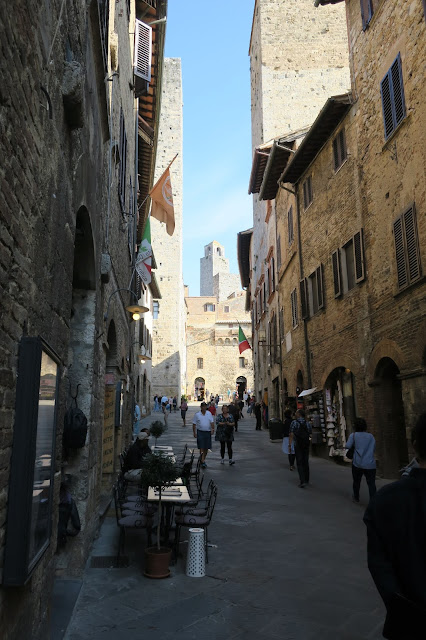 Inside the gates, we walked to the Piazza del Duomo 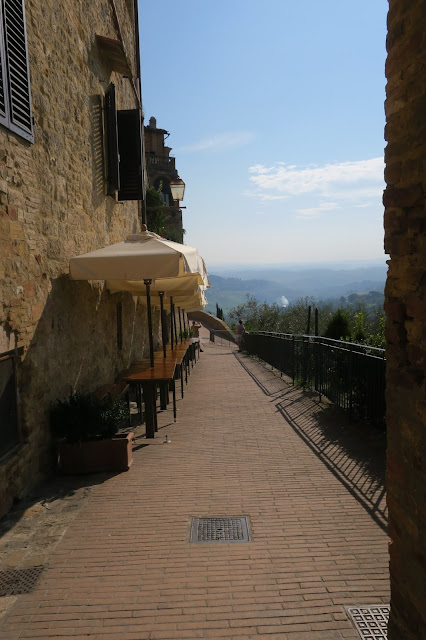 Through an opening in the wall we found this restaurant with a view. 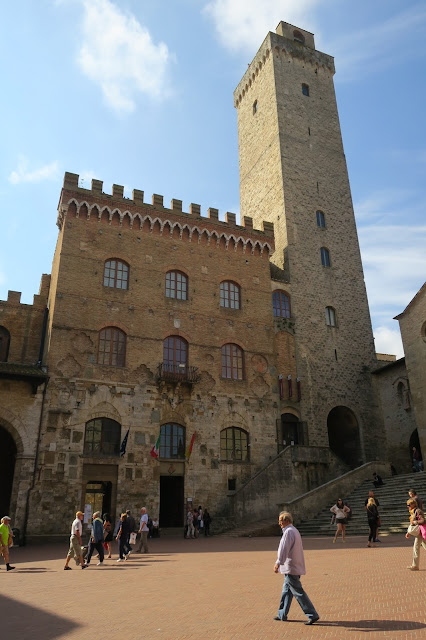 It was well worth it as the views that day were spectacular.  The town and surrounding countryside were simply beautiful from the top. 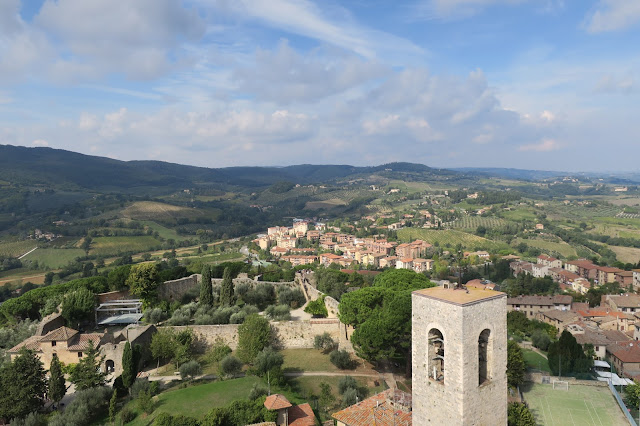 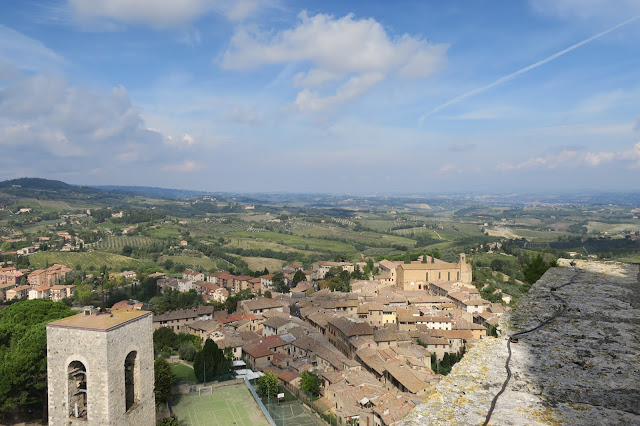 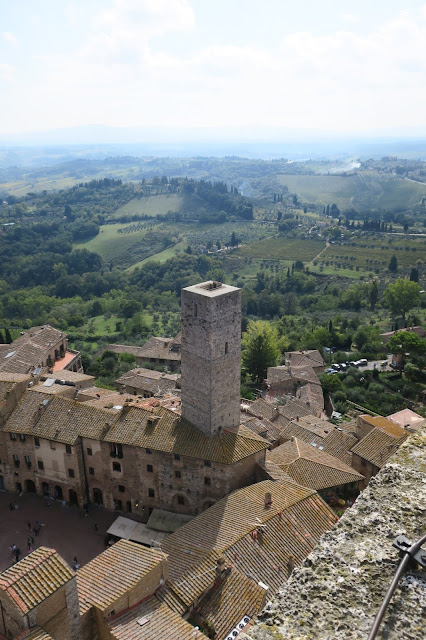 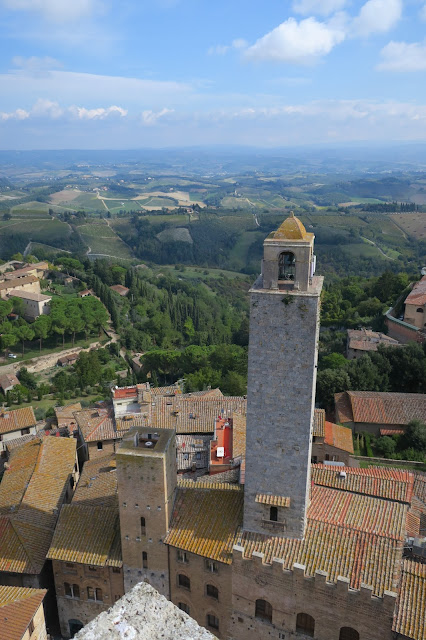 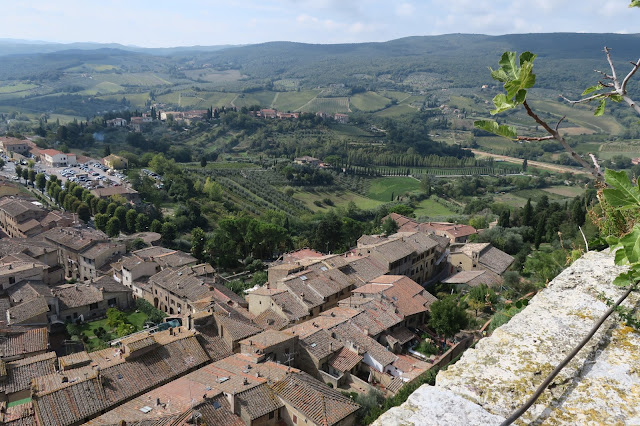 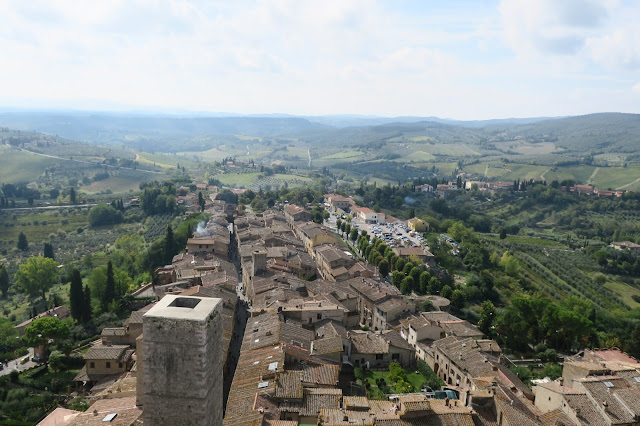 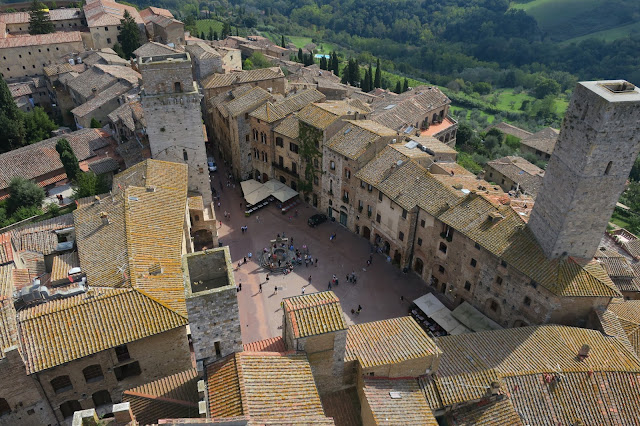 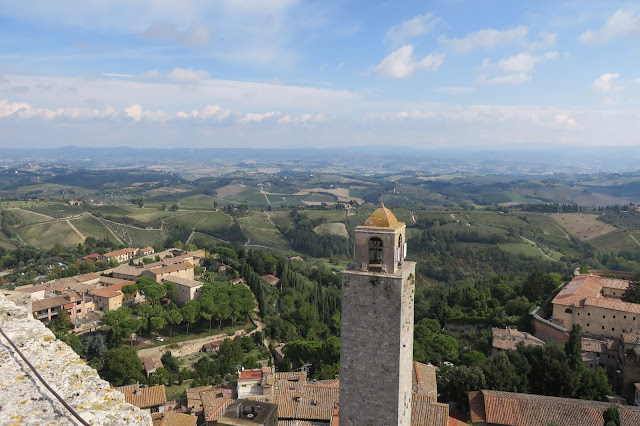 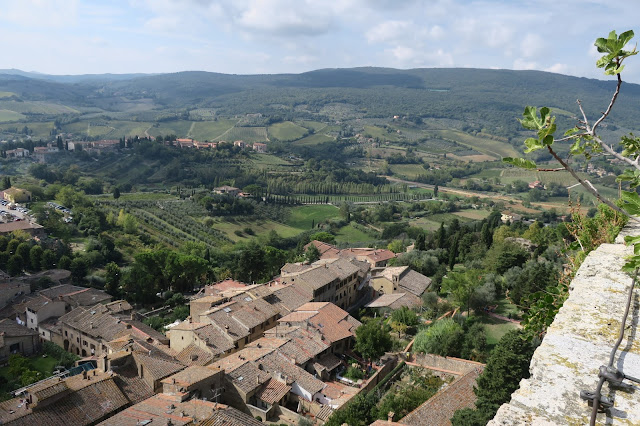 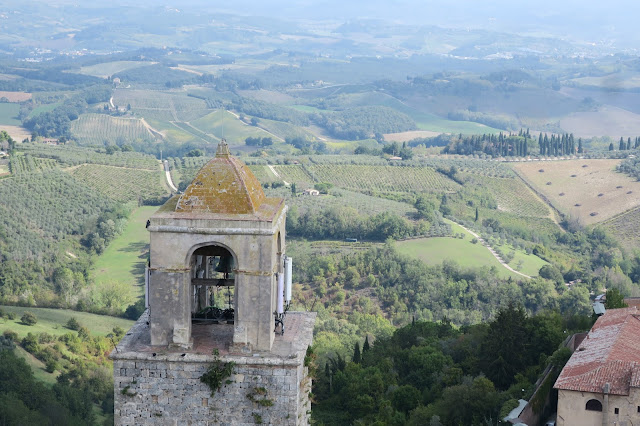 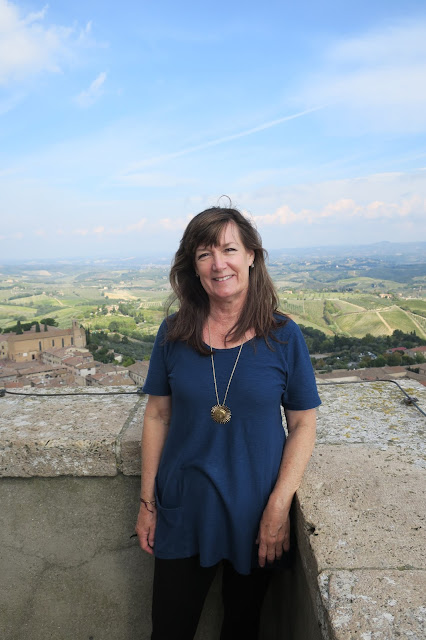 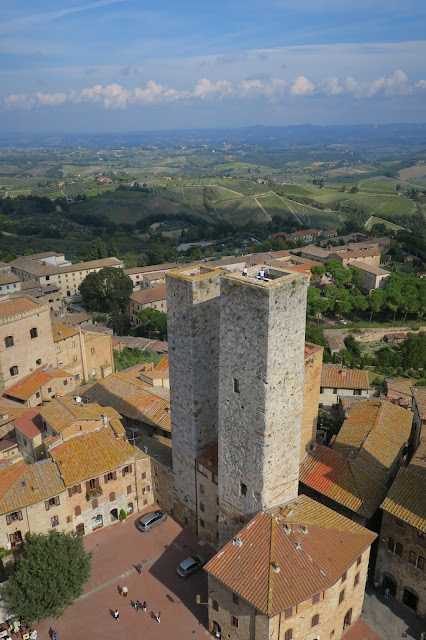 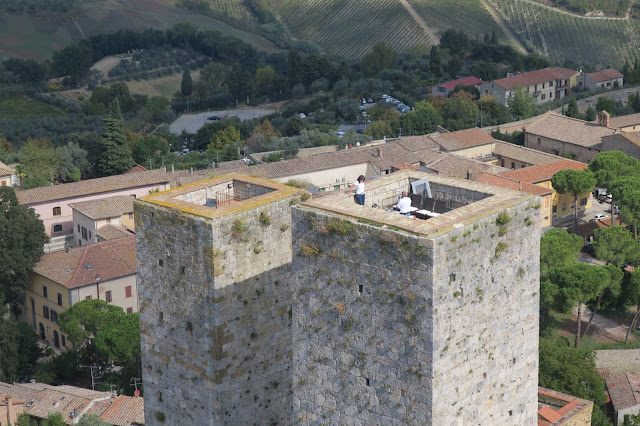 It appears that someone uses the top for entertaining.

When we came down, we shopped a bit, I got a Vespa Service rondel and Sarah a bag.  Then we noticed that we still had plenty of time to see more of the area and decided to ride to Monteriggioni, another walled medieval town that we had passed twice the day before heading to Siena. 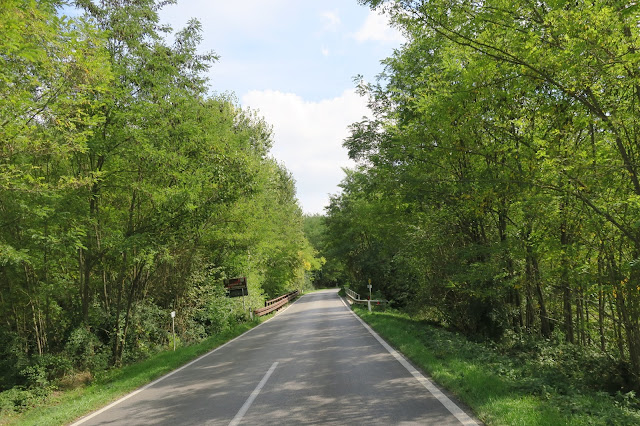 Beautiful green trees along the way 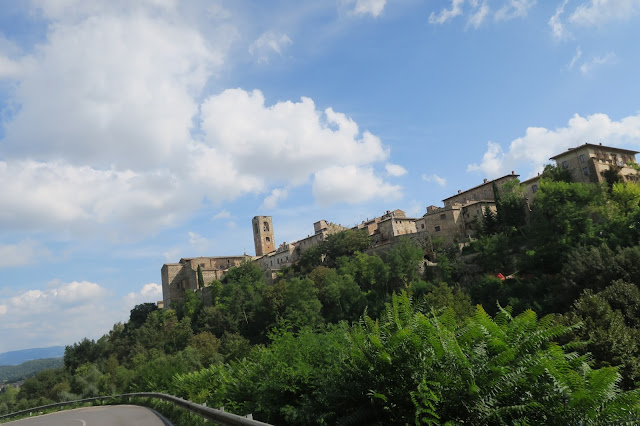 San Gimignano from the outside. 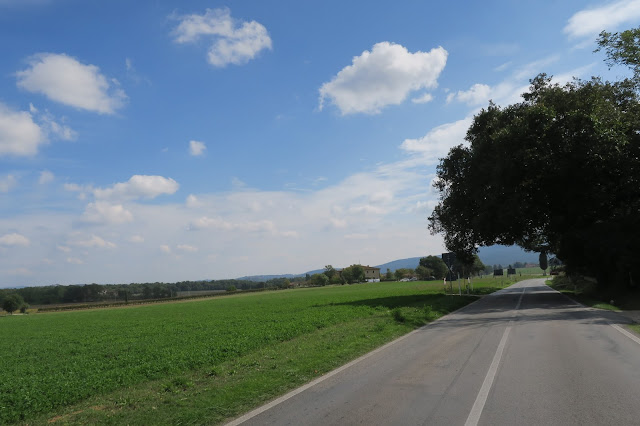 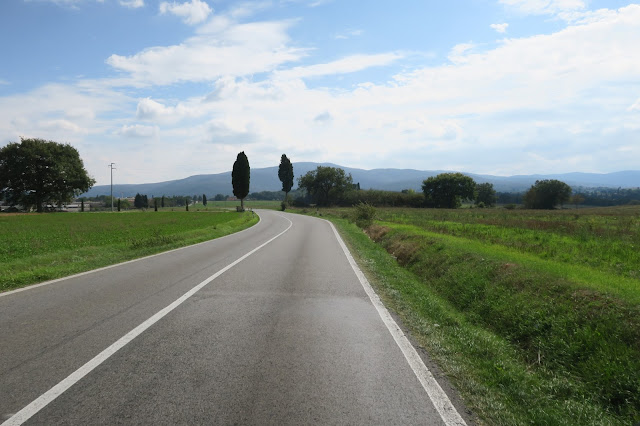 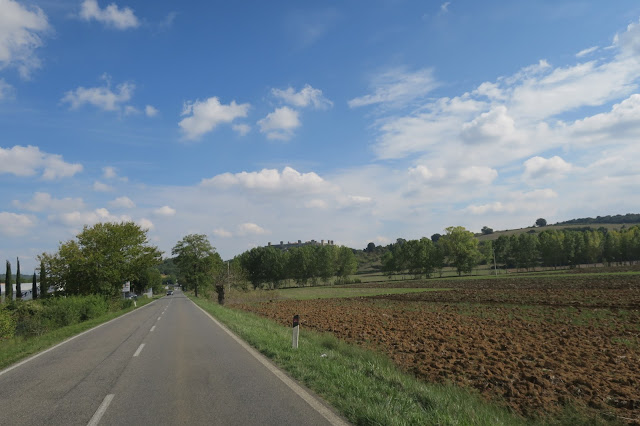 You can see a little of Monteriggioni slightly to the right 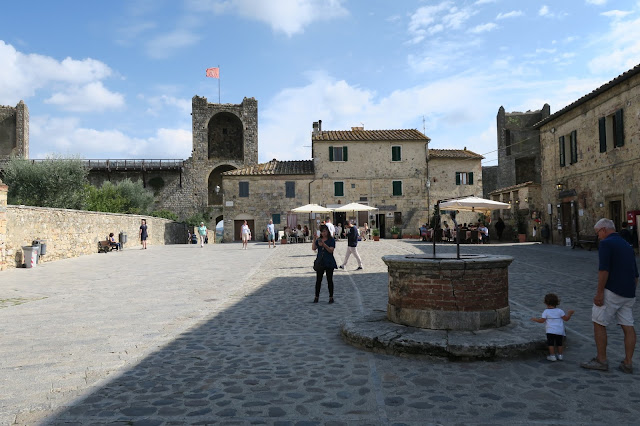 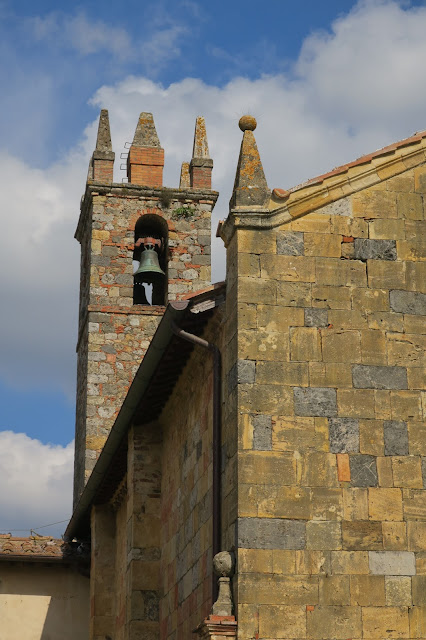 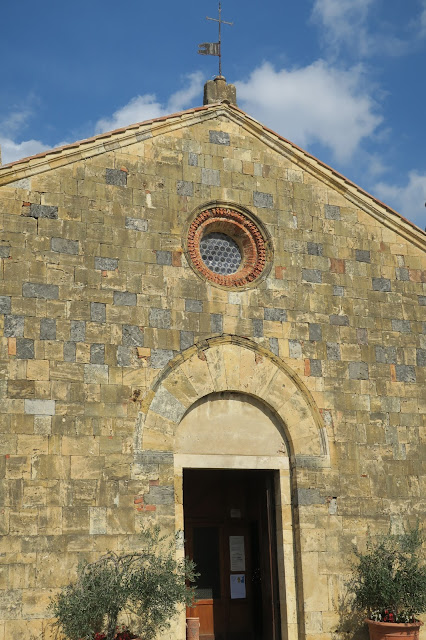 This was a much less intense town with little to do, but we found a good restaurant where we had lunch on the covered patio in the back.  Fine food as usual.

Then we headed back to the hotel, where we chose to dine at I Love You once more.

We had hoped to eat with Ken, Vicki and Walt, but couldn't find them anywhere and, without a real working phone, were left to wonder.  But when we arrived at the restaurant, we found them camped out at one of the few tables drinking from a bottle of wine. 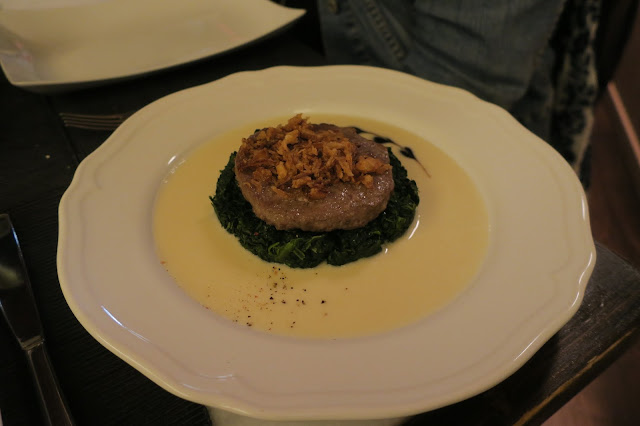 I believe that they called this a hamburger. 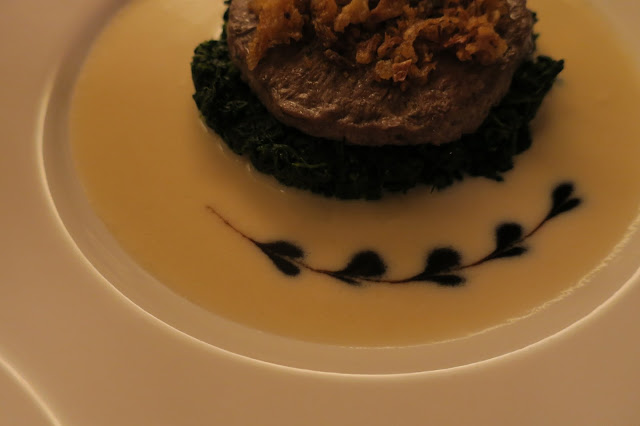 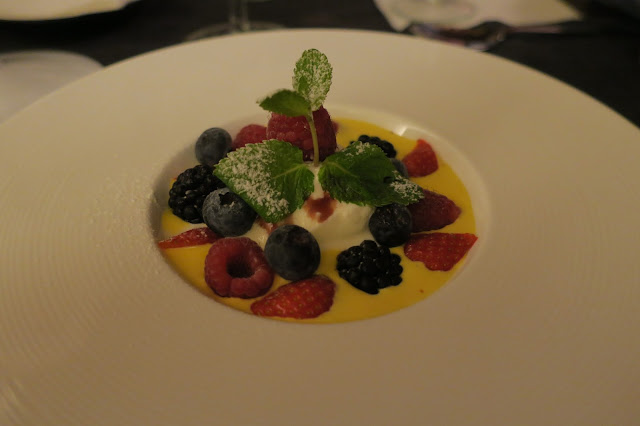 Our food was once again great.  I hope the owners can keep it in business long enough for our return. 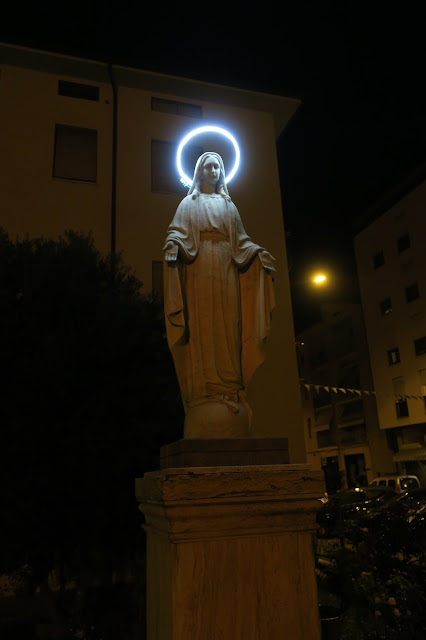 And Mary met us on the walk back to the hotel.