Rocket & Me, The Book

One of the gifts I received for Christmas this year was the book Lassoing the Sun, written by Mark Woods.  Mark is a columnist with the Florida Times Union.  He came to the paper to replace Mike Bianchi in the sports section but transitioned to his column in the Life section several years ago.

His writing is my favorite in the paper, so I looked forward to reading the book.

Lassoing the Sun was intended to be a book on the state of the National Park System.  Mark was to visit a different park every month and write about its successes and challenges.  He had won a grant to take the year off for this purpose so he could devote his time to the book.

But early in the year, he found out that his mother, the person, along with his late father, who developed his interest in the parks, had cancer.  A bad kind.  Within a few months of failing health, she passed away.  So that became an integral part of the book.

I enjoyed the read very much.  But while reading, I could see that the format of the book could work very well for the book I intend to write.  That book will be about the 2014 Scooter Cannonball Run, with its high highs and low lows all wrapped around a beautiful ride through western Canada and the US with some very kind and interesting people.

So, because the Times Union office is in my neighborhood, and everyone eats lunch, I decided to contact Mark to see if he would have lunch with me.

He accepted and we had a nice, hour and a half talk at Zoe's.

He was very kind, agreeing to help me with my book.

It will be a while, but this was a real plus in my motivation to get started.

I have been practicing my writing here, with quick blurbs describing my mundane life.  The book will have to be much more polished and, hopefully, entertaining. 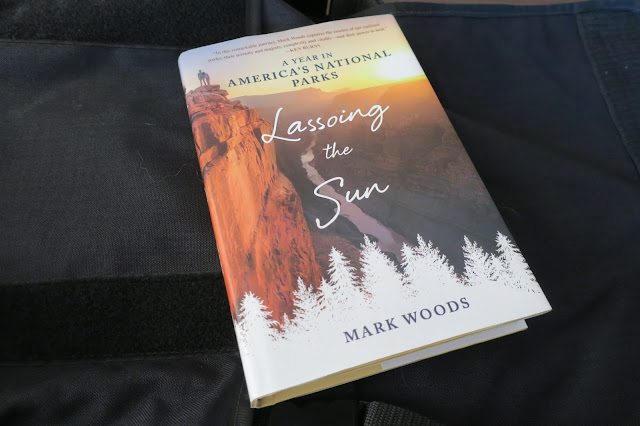 Posted by Bill Leuthold at 8:32 AM