One night last week, the Leuthold family decided to have a get together at Intuition Ale Works.  The impetus for the gathering was that Marianne was visiting from Switzerland, leaving the next day.  Also it is where my two nephews, Riley and Alex work, Riley managing the tap room.

I rode Rocket.  Arriving at the parking lot, I found a seemingly safe parking space near the bike rack.  I went in and met up with the family for a fun visit. 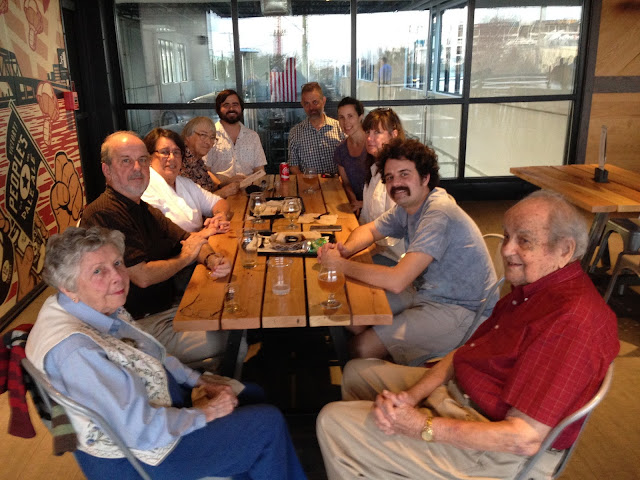 The family at Intuition

When I returned to ride home, I found this note. 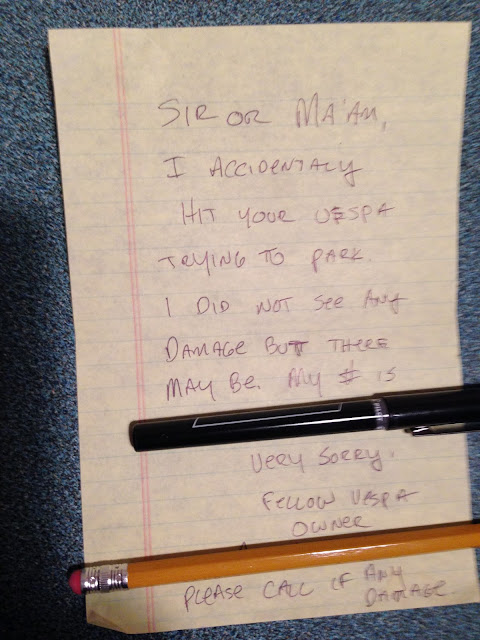 The person had hit Rocket from the rear, knocking it down on its right side, probably against a curb.  Damage was limited to the side and, as I found out later, the rear. 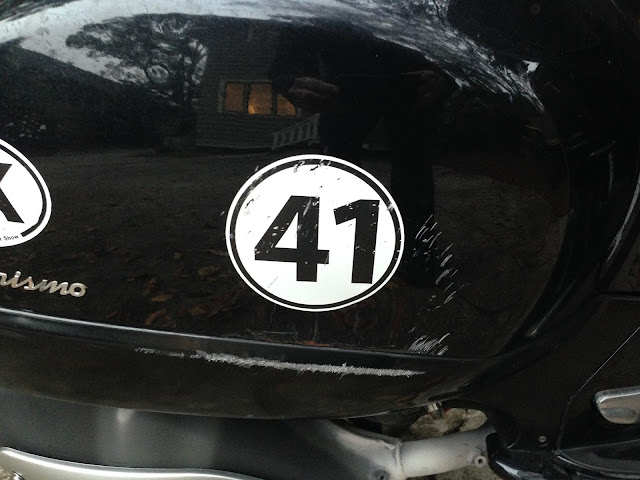 Scrapes on the side, both cowl and plastic panel.
The rusted area is from a poor parking job ten years ago.

I contacted the guy and he agreed to pay to have it all repaired.

But Rocket is old with lots of replacement panels and scratches, especially on that side, so I decided to fix it myself.

The first problem I found was the tail light.  It was popped out at the top.  I tried to get it to seat by inserting the tabs at the top, then securing the bottom with screws.  But when I tightened the screws, the top tabs popped out.  There was no way it was going to fit without some body work. 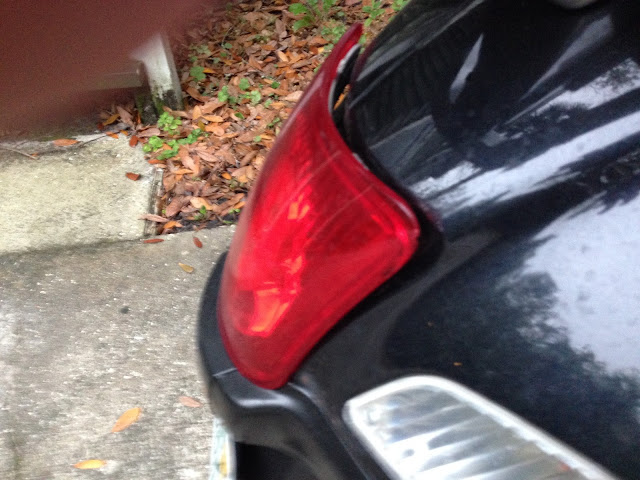 The tail light pulled away at the top.
It took some minor body work under the plastic panels to get it to fit.

So I pulled all of the panels off and pulled out the bottom of the steel cowls at the back.  I used Channel Lock pliers to give me some leverage.  These caused some minor scratching, but it is all covered up by the panels.

I tried the tail light installation again and it fit.  Billy Bob's Paint and Body Shop in action!

Then, this weekend I bought some paint and sandpaper and went at fixing the side panels.

Rocket fell over ten years ago on that side and I never repaired the damage.  There was some slight surface rust at the connection between the steel cowl and the plastic bottom piece. Since I was painting, I thought I would try to get this painted too.

The panels got painted, not perfectly, but good enough. 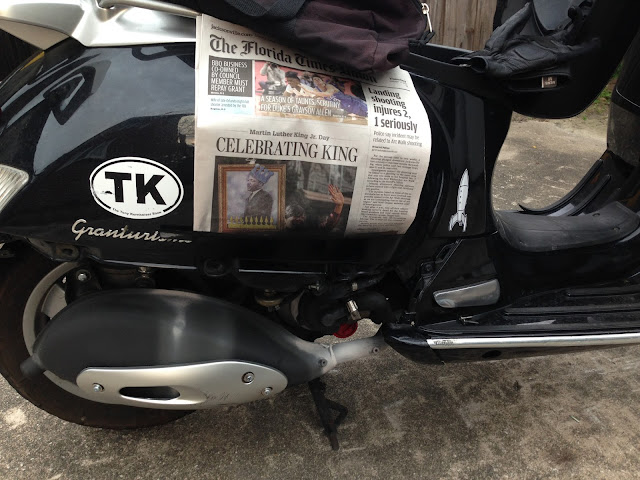 Painting the side cowl.
You can also see the scrapes on the silver heat shield on the exhaust.
I can live with that.

The last part is the brand new heat shield on the exhaust.  It is all scratched up now.  But they always get this way so I will just leave it alone for now.

Rocket is running fine and looks OK now so all is good.
Posted by Bill Leuthold at 8:20 AM