Sunday morning we had our weekly, Sunday scooter ride.  This time I had talked to my friend Ken (Lostboater) about meeting him and Captain Gary and Jim in White Springs, Florida at the Stephen Foster Folk Culture Center State Park.  Jim is retired, but demonstrates Blacksmithing at the cultural center.  His wife, Grace, deals in fibers and works as a volunteer there as well.

So we took the opportunity to have the ride head that way with 12 riders.  It was a cold but beautiful day.  I selected a route that took us from Chaffee Road to St. George, Georgia then to Taylor, Florida where we stopped for a break.  From there we went through Osceola National Forest to just north of Lake City, Florida to White Springs.

Lunch was scheduled at Fat Belly's but they were closed, contrary to their website, so we ate at Family Traditions, a combination of gas station, country store, restaurant.

Jim arrived shortly after we got there, then Ken popped in.  We finished eating and headed out to the scooters.  I was eager to see Ken's Big Red, all repaired after the incident with the bear in Montana.  He looked great after much work.

From there Jim took us all into the park for a brief tour, then to see the crafts, highlighted by the blacksmithing demonstration.  After that the 7 Bridges Scooter Club scooted home while I stayed to spend the afternoon with Ken, Jim and the just arriving Captain Gary.  We went back to the Blacksmith Shop and made tools for removing the oil filter from our Vespa scooters.  Jim also made me a knife.  It was a fulfilling afternoon.

We then checked into a cabin on the edge of the Suwannee River.  Ours was a big two bedroom cabin with a large living area and wrap around screened porch.  Very nice accommodations.  We didn't stay long as we soon headed out to dinner in Live Oak.  But that restaurant was closed as well so we went to Lake City to the Gondolier Restaurant where we sat in a noisy bar so I could see part of the football game.

We spent the night and I headed out at 8:30 in nearly freezing but beautifully clear weather.  I was on Vanessa as Rocket threw another outer pulley on Saturday.  Vanessa turned out to be quite a runner as I rode east from Lake City to Jacksonville on I-10.  She ran an easy 72 to 73 mph at first, then sped up as we went along, reaching a top of 79 while drafting a truck.  At the end, she could run an easy 75 to 76 running alone.  But at the end her exhaust gasket was gone. 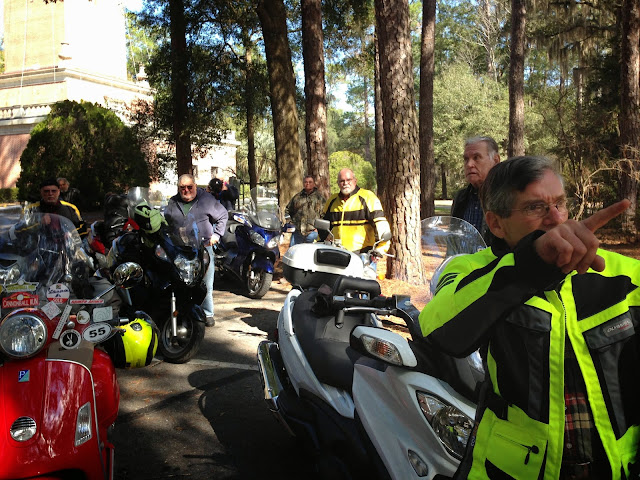 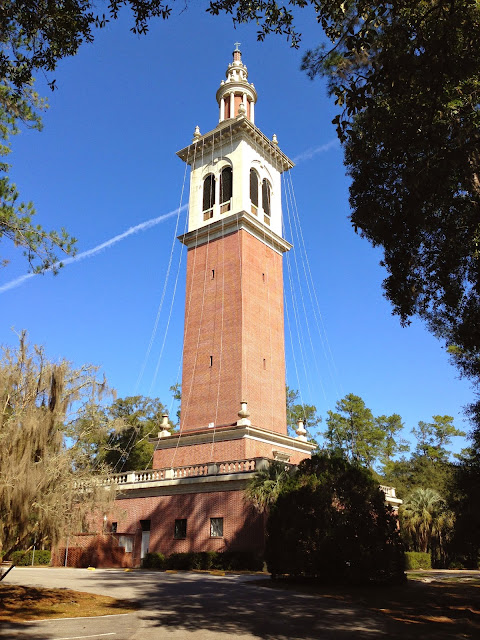 The Carillon Tower at the park 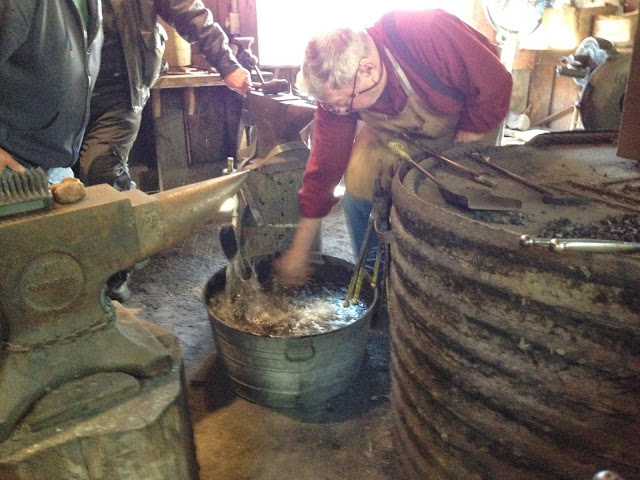 Demonstrating cooling the iron in water. 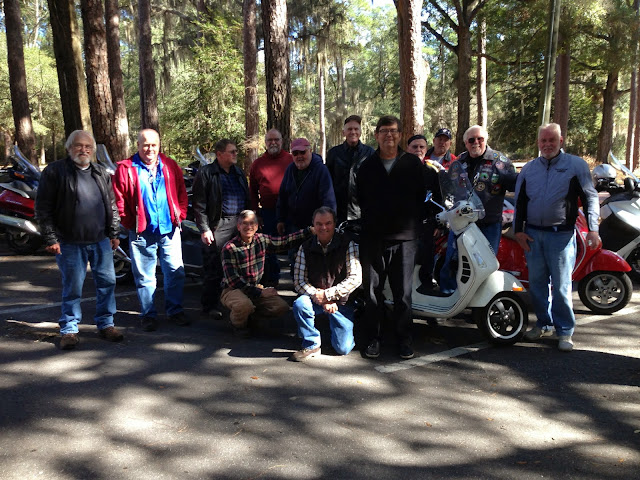 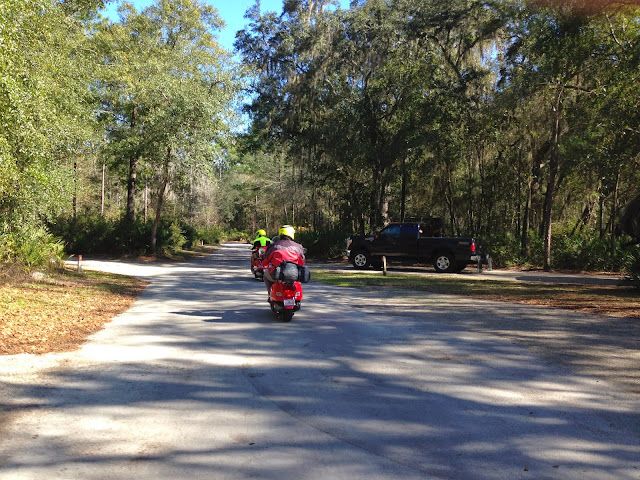 Jim, Ken and I riding through the park 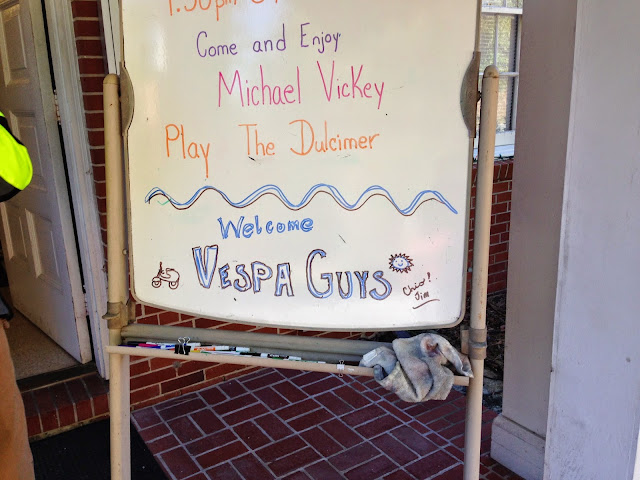 The park's welcome sign.  Of course it should be ciao! 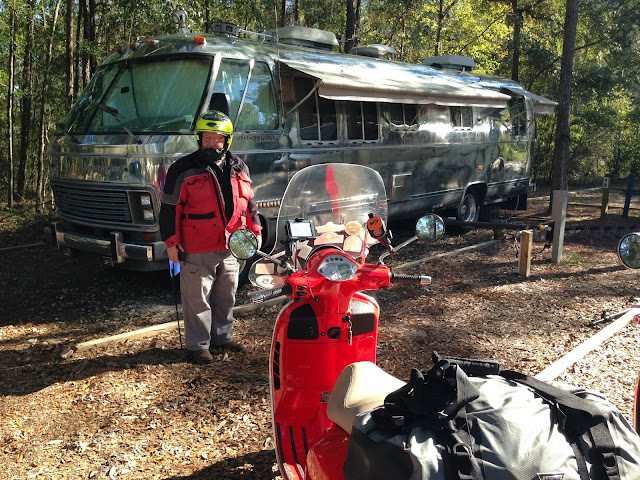 Ken and Big Red with Jim's Airstream behind. 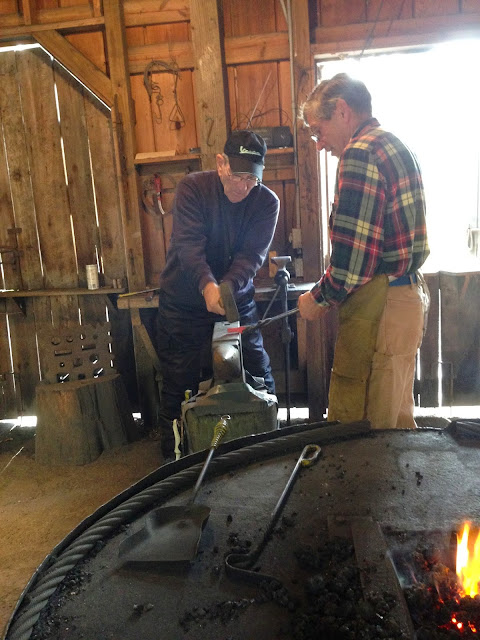 Captain Gary and Jim at the Anvil 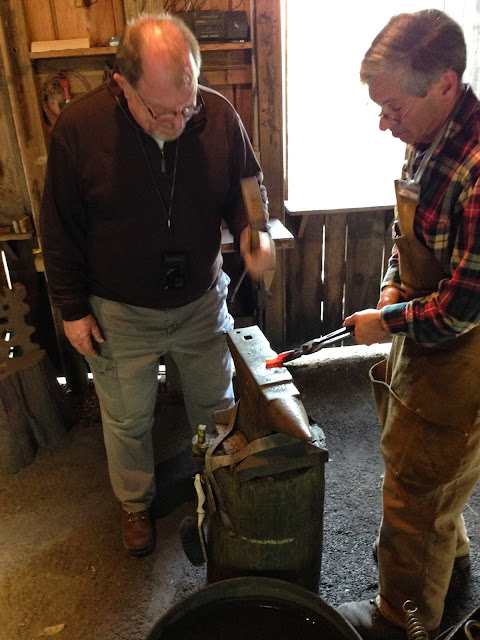 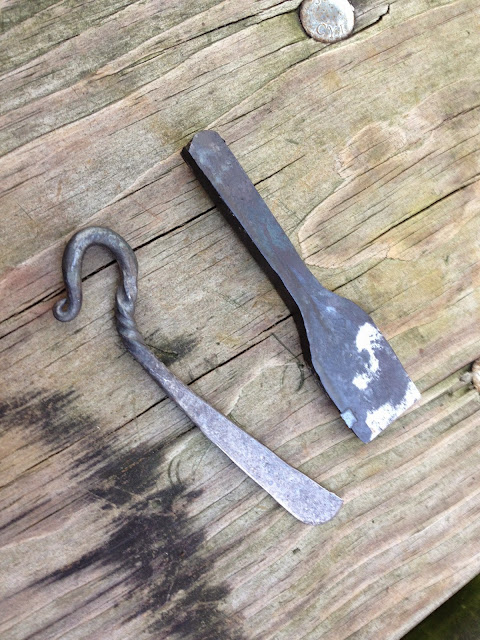 My oil wrench and knife 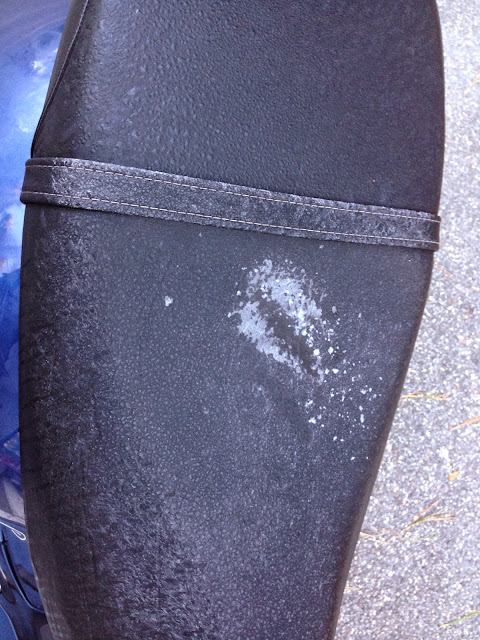 Ice on my seat in the morning just before heading home.

Posted by Bill Leuthold at 4:48 PM