Yesterday three riders met up in Fleming Island for a morning ride to Red's Restaurant outside of Hernando, Florida.  The three were me, Russ and Shane.

This was the fifth year we have done the ride.  The first two were to the Yearling Restaurant in Cross Creek, but the second of these was a service disaster, taking well over an hour to get food.

Theresa suggested that we try Red's, a much longer ride but it is through some of the best areas for riding in North Central Florida, so we gave it a try.  We used to have 10 to 20, but this year was smaller.

The three of us had scheduled to meet four more on the way or there and we did.  Just south of Dunnellon, as we turned onto the Withlacoochee Trail, we met up with Bill, our oldest rider at 82, and Jim, meeting us for the first time.  Jim is retired and moved to Hernando a year ago.  Lately he has been giving blacksmithing demonstrations at a State Park near White Springs, Florida.  He drove down to pick up his red Vespa GTS 300 to meet new riders.  He is a nice fellow that I look forward to riding with in the future.  We met Mark and Theresa at Reds.  They drove up from their house near Sarasota.

We stayed on the back roads, avoiding big towns as we rode down.  The restaurant was not nearly as busy as the last two years.  We were early getting there and sat right down, were served quickly and went back to the bikes.

Jim rode with us back to Dunnellon, where he peeled off go back home.  Shane turned off at Worthington Springs and Russ stopped at a gas station at Macclenny,

I rode 290 miles total during the day.

I extended the finish to go by my parent's house for the typical New Years Day meal, consisting of black eyed peas, collard greens, ham, hog jowl, etc., all intended to bring good luck to the new year.  Let's hope it works. 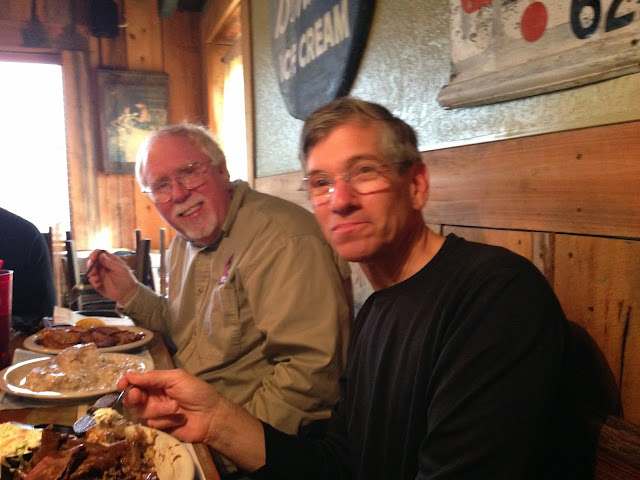 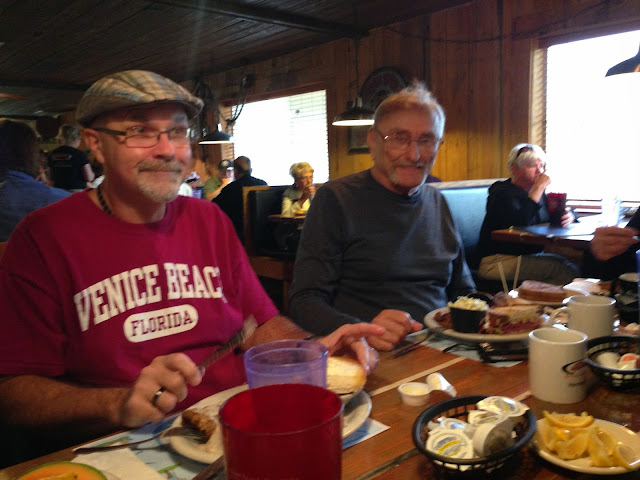 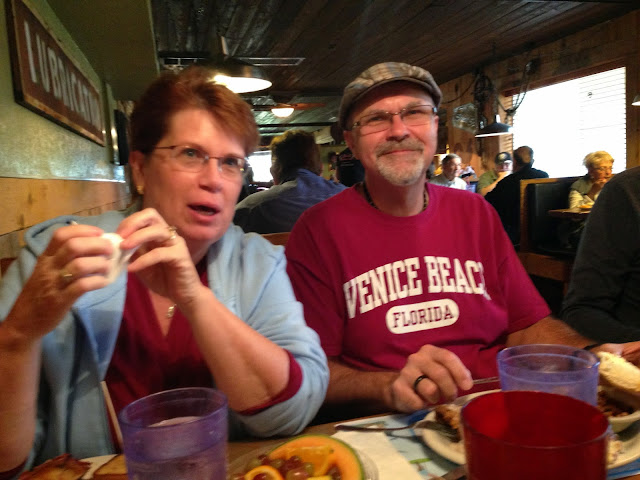 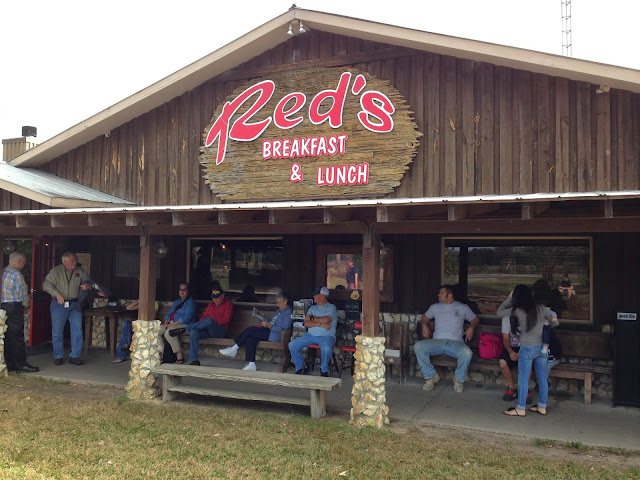 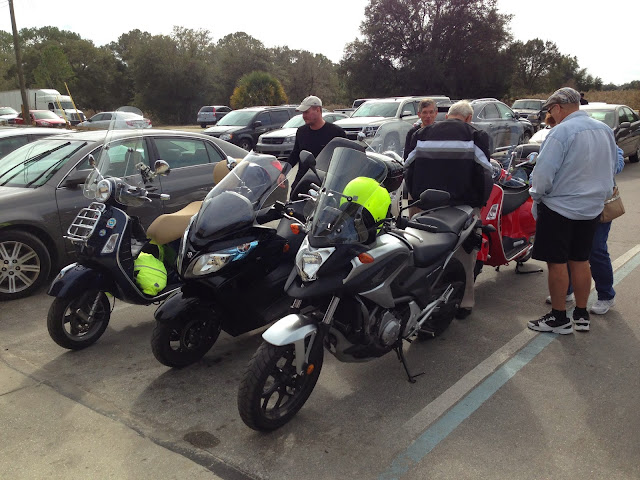 The bikes.  I had to ride the Honda with all of my scooters having issues. 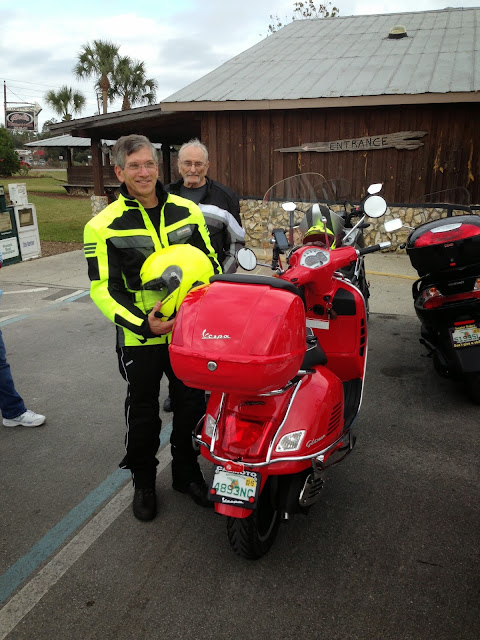 Jim and his Red GTS.

Posted by Bill Leuthold at 8:57 AM