On Saturday, I decided to test Rocket again with a ride to one of my favorite restaurants in Baldwin, 20 miles west of Jacksonville.  I decided to stay on I-10 the entire way, not running WOT but a steady 77 to 80 indicated (actual 70 to 73)

Rocket handled this beautifully so I began to gain confidence in its ability to handle long rides.

On the return, I decided to go by Kohls for some much needed socks.  It made it there fine as well.  But upon leaving, it took a while to fire up.  Then on a 35 mph section, it stumbled a couple of times.  At the first red light it stalled.  Then it continued to run rough the remainder of the ride.

Fuel levels were very low and I thought I might have gotten bad gas a while ago so I went to a Gate station where they have non ethanol fuel.  I filled the tank with this, almost 2.4 gallons, and it wouldn't start in many attempts.  I checked the spark plug and the cap felt loose.  I pulled it off and found the plug to be in tight so I put the cap back on.

I called Boris who sent our friend Shaw to pick me up in the truck.

Rocket is now waiting in the warehouse emergency room for attention.  Boris will figure it out.

We will know next weekend.

We had a nice ride to Micanopy on Sunday.  I intended to take Rocket but took the reliable Honda NC700X instead.  It rode well, it is a very capable, but uninteresting, bike.

The route was one of my favorite loops.  We started in Orange Park, heading down 17 to 315 to west on 16 to south on 21.  This was to get us to the good parts.  Because at 315c we headed south to Interlachen on one of the best rides in North Florida.  Then continued south to Citra.  From there we went north a couple of miles to turn west on 325 past Marjorie Kinnan Rawlings' house in Cross Creek.  Then 346 to 441 to one of our favorite restaurants, Blue Highway Pizza.  The return trip was similar, riding through Rochelle, Windsor and Melrose.  All nice country roads.

Hit some light rain on the last ten miles but it was worth it. 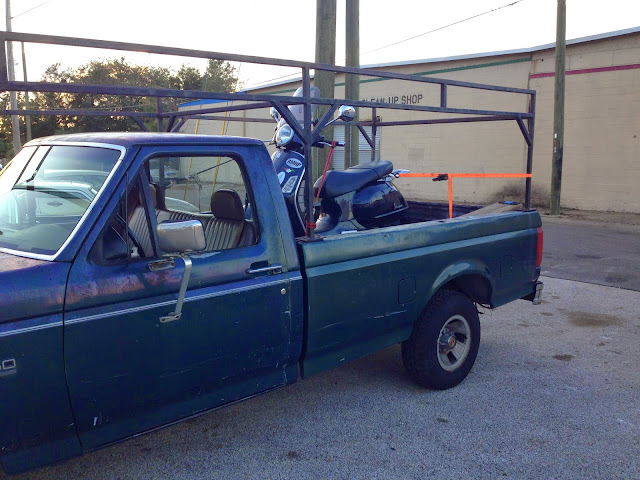 Rocket on the Truck.  Not a pretty site. 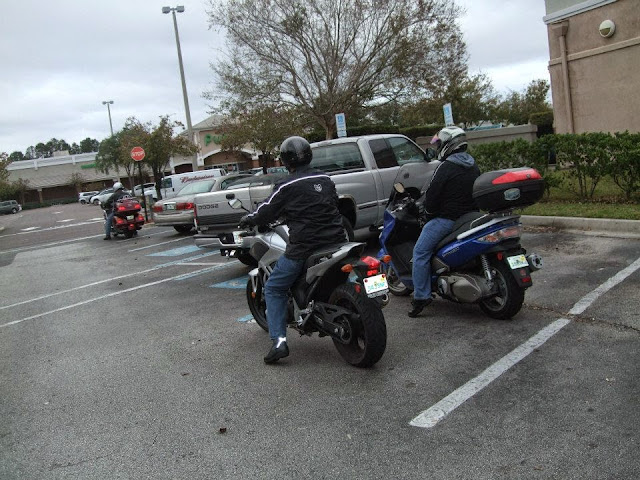 Heading out on Sunday morning on the Honda. 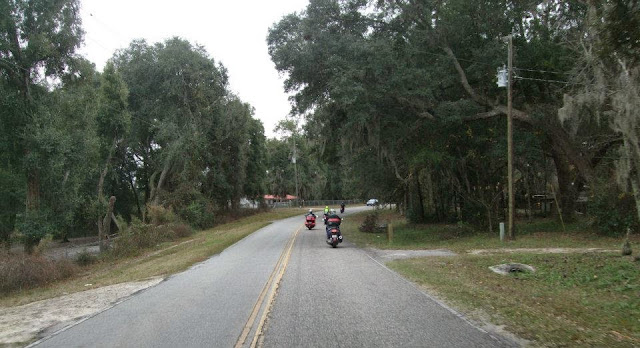 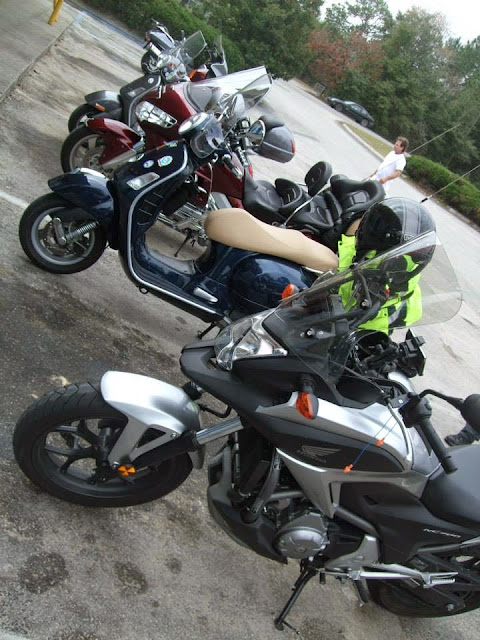 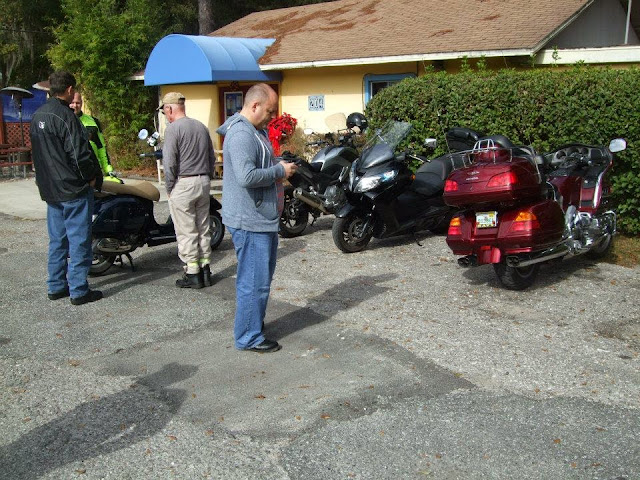 Blue Highway
Posted by Bill Leuthold at 8:10 AM