Since it came out last year I have been tempted by the Yamaha Xmax. 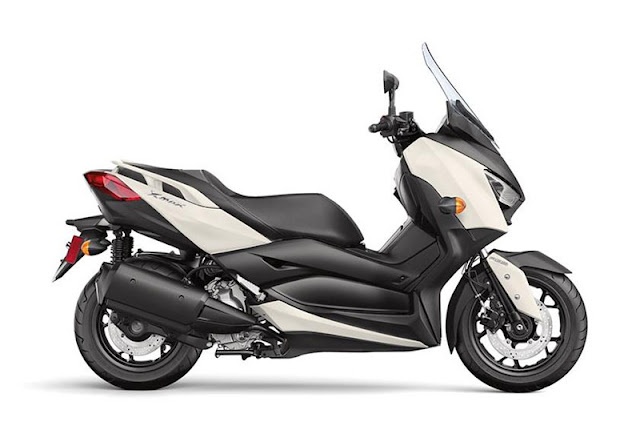 It’s engine is only 300 CC, but typical of Yamaha, it’s performance is much better than its modest engine specifications would lead you to believe.

The reason to get a new scooter is that my three Vespa GT’s are old with questionable reliability.

Vanessa expired recently and the other two could fail anytime.

But Vespa scooters are so cool that I started to consider a new 300 GTS.

7 Bridges Scooter Club had the longest Sunday ride in a while today.

We had a new rider on a new, vintage red Vespa GTS 300 Touring. What a beautiful machine. 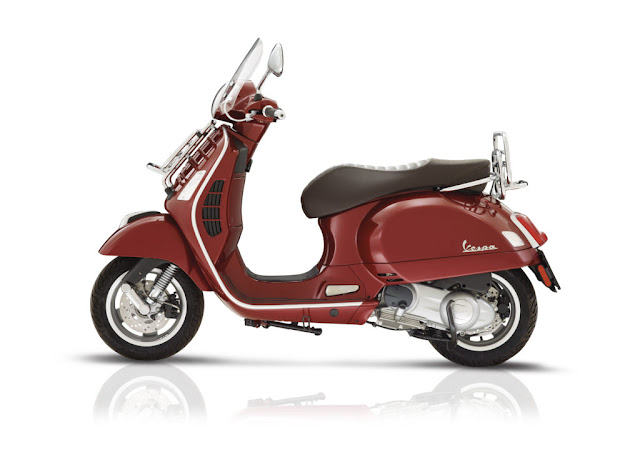 I stopped as we got into Jacksonville to thank Dave for coming, inviting him to ride with us again.

While talking, he said that he had to run wide open to keep up.  I mostly had throttle to spare on my old scooter.

That was all I needed to hear to make my decision.

For long rides, the Yamaha is at least ten mph faster and has much more underseat storage.

It gives up a lot in style, but I am keeping at least one Vespa for many rides. I will still have a stylish scooter.

The Xmax is bigger, less expensive, more fuel efficient but not too pretty.  But it should be great for cross country jaunts.

I hope the seat is comfortable.
Posted by Bill Leuthold at 7:58 AM