I called my friend Don Passell this week.  He owns the Yamaha dealership in Palatka and also the BMW Ducati dealership in Orange Park.

I wanted to buy a new Yamaha Xmax.

He told me that he was selling the Palatka store next week but would see if he could get one from the guy who is buying the store.

He had one and sent it to Don's BMW dealership today.

I stopped by on my way back from measuring a house south of Orange Park (I have to earn money to pay for these things) and it had just arrived.

The other dealership did nothing to set it up, so Don's guys were doing that today.

I should pick it up tomorrow afternoon.

7 BSC has a ride to Keystone Heights tomorrow, so it will get broken in soon. 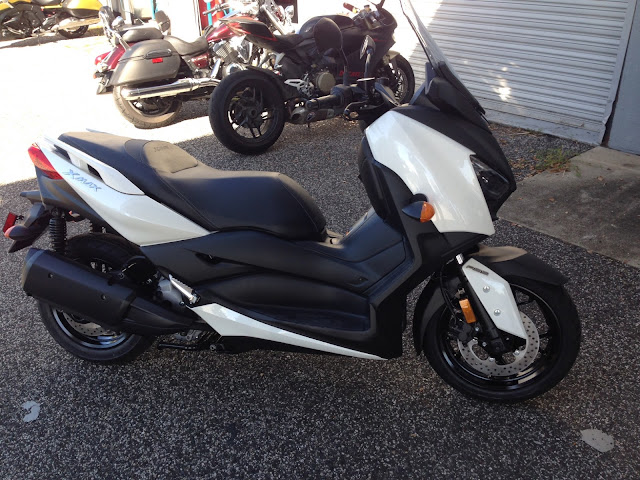 It is not a beauty like the Vespa scooters, but it is fast with tons of underseat storage.
I should be able to carry a small suitcase in there.