Recently, someone posted in Modern Vespa that she had purchased a Vespa GT, then crashed on her first ride.  I wrote a comment that included, "that first ride is the most dangerous"

I know of three incidents of first time riders wrecking during that ride.

One was close to me when I put a first timer on Vanessa, before I owned her, and poor Vanessa got ridden out of the driveway into a parked Land Rover.  I ended up paying over $800. to repair the Land Rover, then bought Vanessa (a purchase that has proved to be a good one).

My friend Ken told me of a time he let someone ride one of his scooters.  They left the driveway, rode straight across the street and crashed into a pile of leaves.

The another, my friend Rob, let another friend ride his GTS.  The scooter lurched when he improperly applied the throttle.  He panicked, jumped off and they both watched the scooter crash to the ground.

All three bad decisions by the owners of the scooters as well as the riders.

That first time is sometimes simply too much for a new rider.

I was reminded of that last week when I let a friend ride Rocket to lunch.  He had been wanting to buy Vanessa when she was around.  I said no but he still wanted to ride one.

We headed down Herschel Street to eat a mile away.  He made it fine.  On the way back I kept thinking that I have ridden down that road at least a thousand times.  I am aware of the potential danger from cars crossing.  I kept thinking, wouldn't it be a shame if someone didn't stop and rode into Rocket and Carlos.  As I was contemplating the possibilities, a car didn't notice Carlos and crossed very closely in front of him.  Closer than one has been to me in all of those rides.  But it missed him and we made it back to the office.  He could ride well but didn't have the experience to be watching for the possible dangers involved in riding. 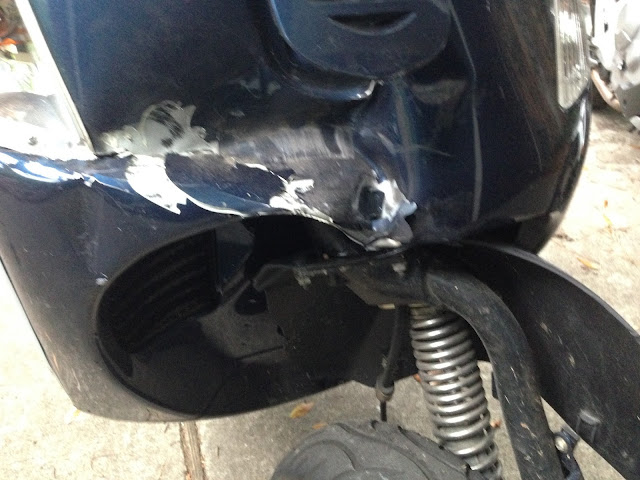 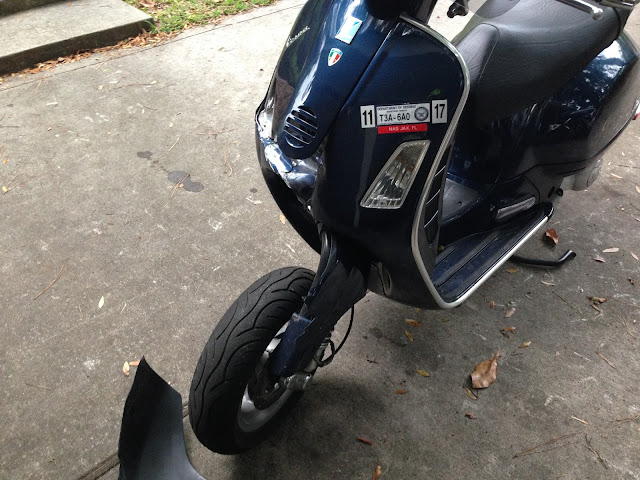