A Thanksgiving ride with Sam

Sam came home from his home in Chicago for Thanksgiving.  I is always great to have him home, and one of my highlights is to be able to go on a ride while he is here.

This year I was limited on scooters as Vanessa is in Seattle and Razzo is in the shop, getting fueling issues resolved.  But we had Rocket and the Honda.

The only opportunity we had was to ride up the smaller roads to visit his friend Russell at his family farm along the St. Mary's River that divides Florida from Georgia.

Sam had been visiting my parents before we headed out, so I told him to meet me at a gas station at the beginning of the better roads.  But when I got onto I-10 going that way, he was passing.  The timing was perfect.  We rode together at Rocket's top speed, but after turning off, still stopped for gas, even though he had 60 miles left.  There are few stations in that part of the state.

The ride was in cool weather along some of the best roads in the area.  To get to the farm, we turned off the paved road onto a sandy, dirt road.  We were not sure of the exact destination and we got lost along the way, but a resident pulled up to offer directions.

The sand was soft and it turned out that Rocket was better in these conditions than the adventure bike want-to-be Honda.

I left him to shoot guns with Russell and his brother in law, heading home alone.  Along the way, the sun was setting for a few glamour shots of Rocket. 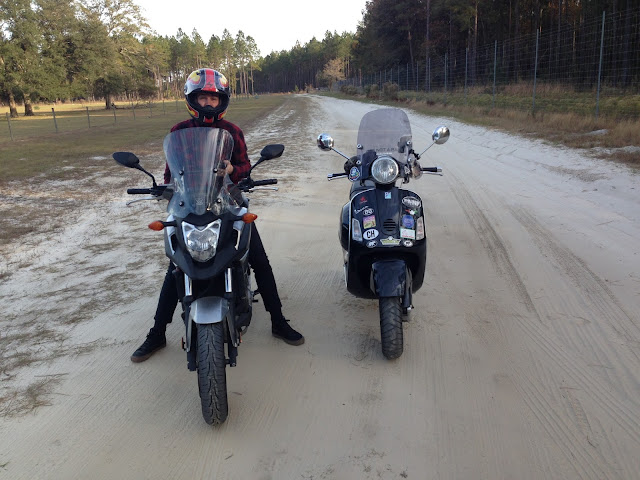 Sam and Rocket on the dirt road 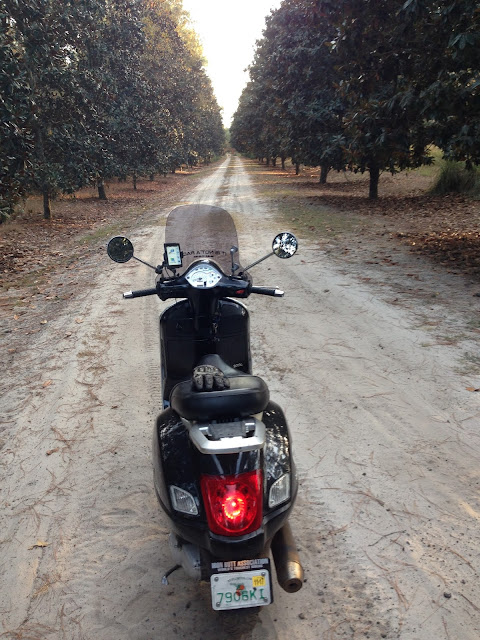 Rocket heading out along the Magnolia lined entry road to the property. 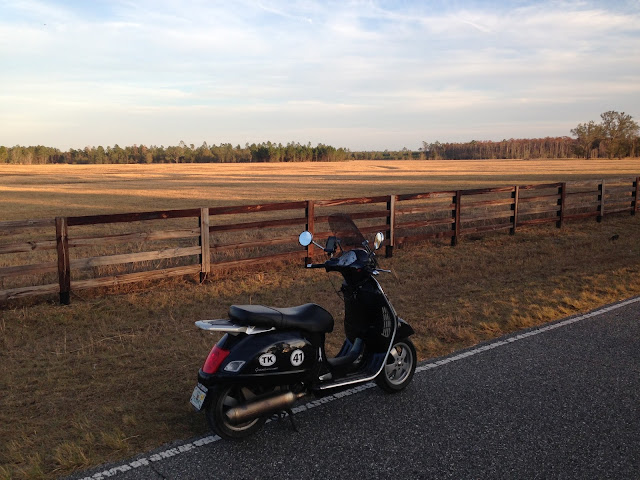 Rocket at dusk with a pretty fall farm setting. 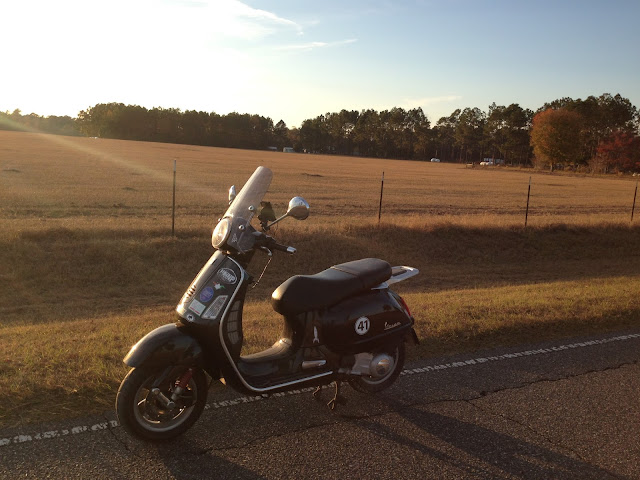 A little more drama looking into the sun. 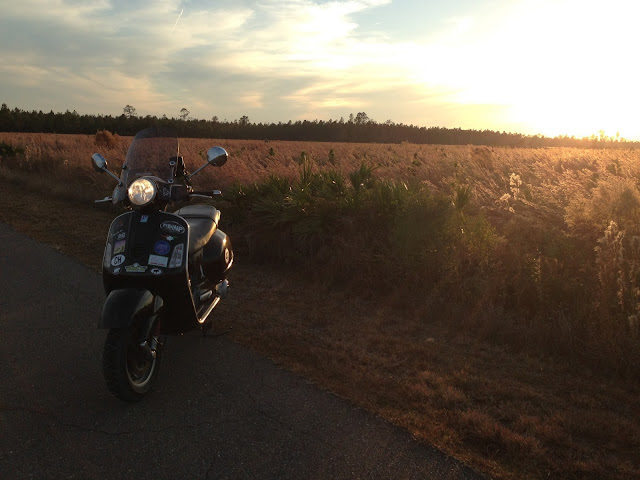 And another stop in higher growth.

Posted by Bill Leuthold at 8:35 AM