Yesterday, I opened up the transmission cover on the new engine and found beautiful new parts.  Because Rocket has had a loose variator nut twice in the past two years, it has some damage to the transmission cover.  Big scrapes frm the outer drive pulley scraping against the inside of the cover.  This caused great heat, melting the screened vent cover and even the plastic off the rollers the last time.

So, with all new parts awaiting, I began transferring good parts to Rocket.  These included the variator, outer drive pulley, bendix, black roller between the variator and clutch, and the clutch itself.  I topped it off by using the new cover as well.

The variator had blue, Piaggio rollers but I changed these out for new Dr. Pulley rollers (not sliders) at 10g each. Out of Rocket,  I took out some black (Malossi, I believe) rollers that I weighed, showing 11 to 12g each.  They were quite flat spotted too and the acceleration was not very good due to the weight and flat spots.

I rode it around the neighborhood and found it to be very smooth and quick.  Today I rode up to Fernandina Beach to test it in a variety of conditions and found it to be perfect.  Acceleration at mid speed was back in full and top speed a bit higher than before.  I think it is ready for NC now. 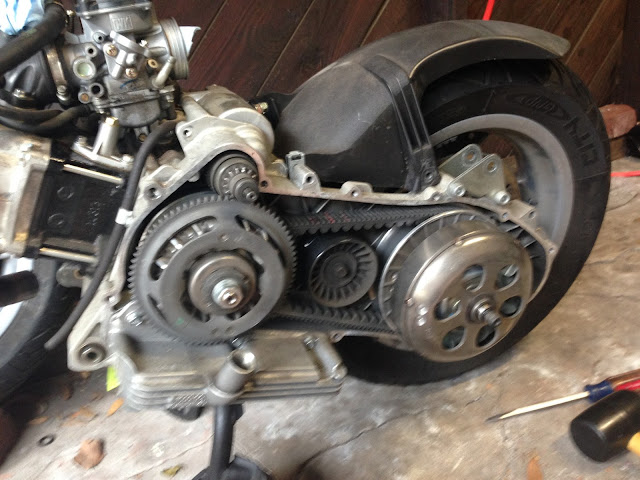 The spare engine with the transmission case opened.  Fresh Parts for Rocket! 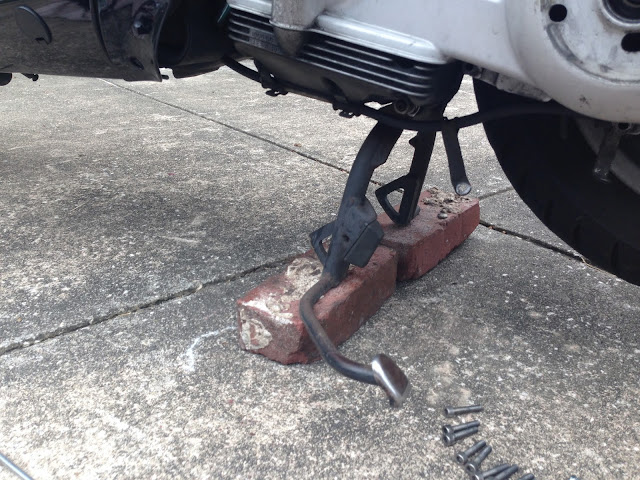 I don't have a lift, so I put the stand on bricks to get a little more height. 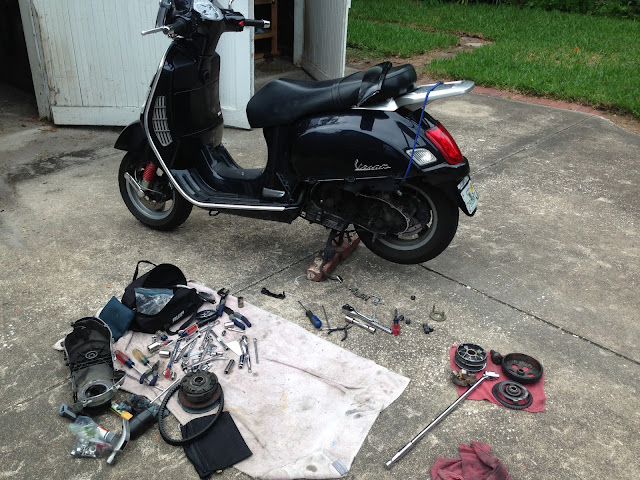 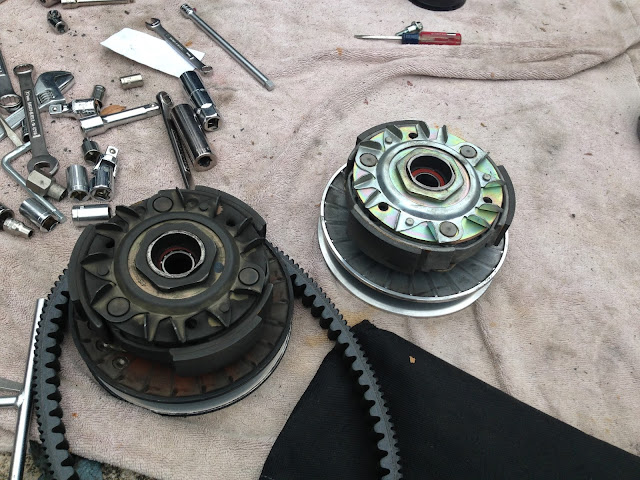 One of these clutches has 71,000 miles on it.  Oddly, the friction pads were as thick the new one.
But the new one is a lot shinier. 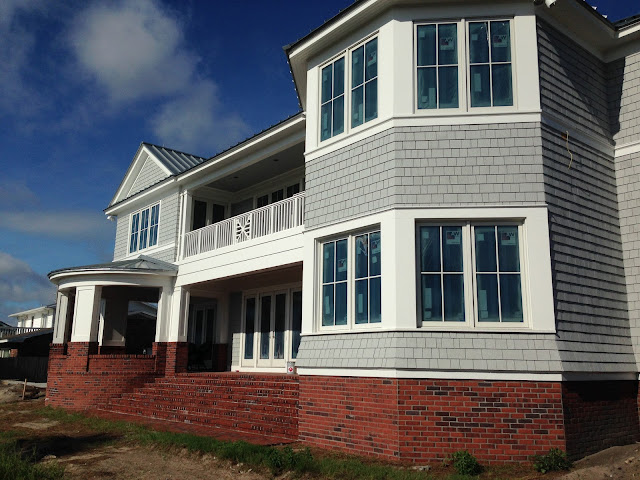 The Beach House that Scott and I designed. 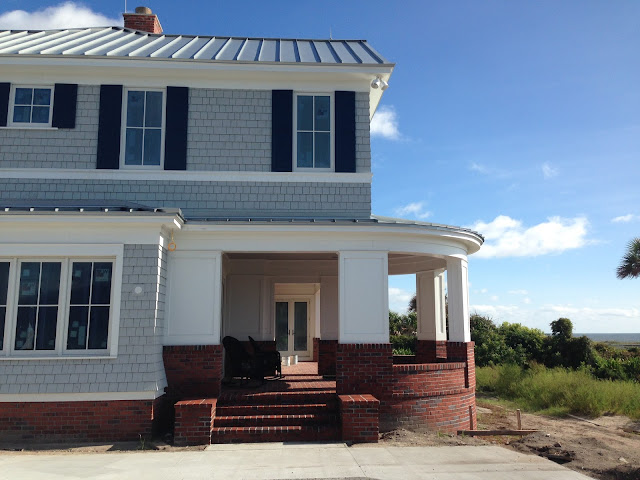 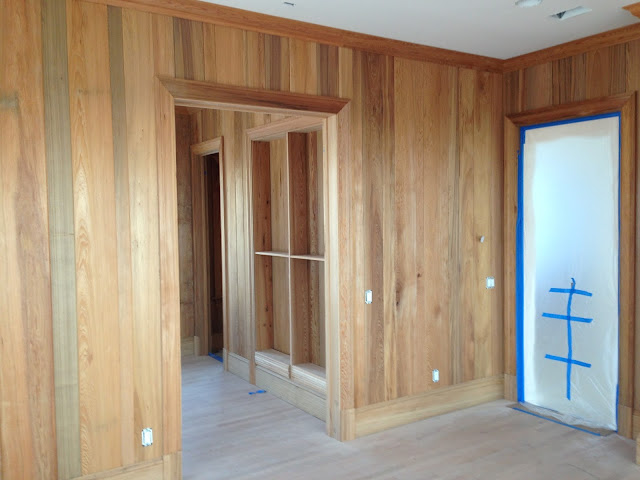 Cypress paneling from the owner's collection of woods from his property. 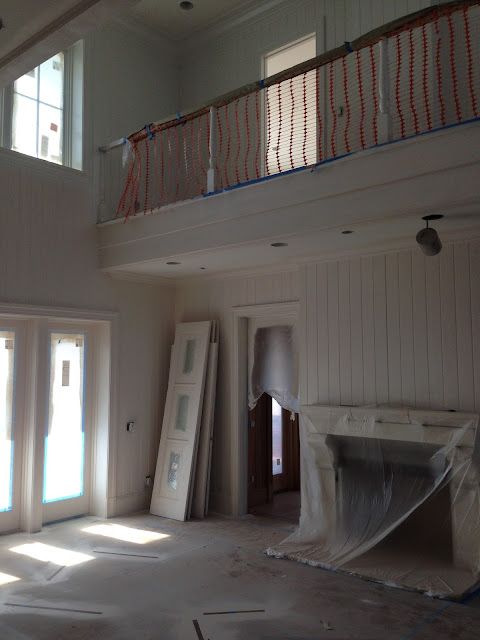 The two story living room.  It is quite a nice house.