This weekend is the time for the Spring Gathering of the MP3 riders group.  They started several years ago, with the ride of choice being the strange Piaggio MP3.  This scooter is one with three wheels, two in the front and one in the rear.  The front wheels are close together and designed in a way to lean like a two wheeler.  Their appearance is ungainly at best. 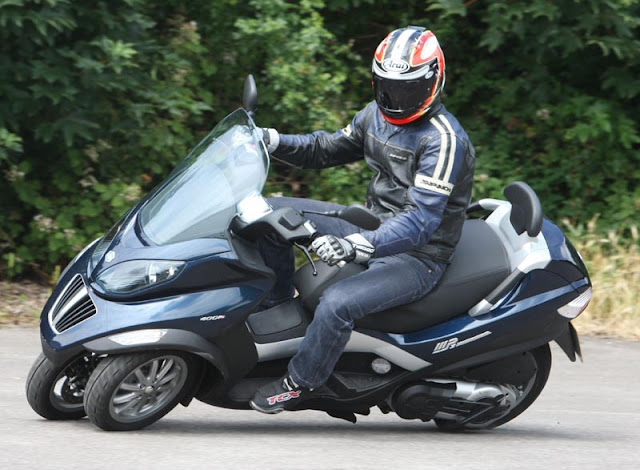 Awkward but fun to ride, so I am told.

The bike of choice has changed a bit over the years with several of the riders trading the three wheeler for Honda NC700X motorcycles.  I rode mine to the Fall Gathering.

So this month has been dedicated to getting my NC ready for the long ride to Virginia.  It had gotten to almost 14,000 miles and needed tires.  I had been told that the chain often starts to fall apart by that mileage, so chain and sprockets needed to be replaced too.  And the stock seat is the most painful place to sit I have ever encountered, so a new seat was in order.

My friend, Drew, asked recently if he could borrow the bike for his son Sean to use on a big Father Son ride from Denver to Banff and back in June.  I said yes and Drew wanted to pay for all the replacements for the ability to use the bike for the ride.  I said no, but he then moved to the seat.  Since he had a relationship with Sargent, a local seat manufacturer, he called them to place the order.  Last week it arrived, the most beautiful seat seen on a NC.  He even got the cover for the pillion seat.  It came loose and I called Sargent yesterday to have it installed on the seat pan.  They said, "Bring it over and we will install it."  No charge.  And, of course, Drew wouldn't let me pay for the front seat and seat cover either.  The Honda now has new Michelin Pilot Road 4 tires front and rear, a new chain and seat.  Ready to rock and roll. 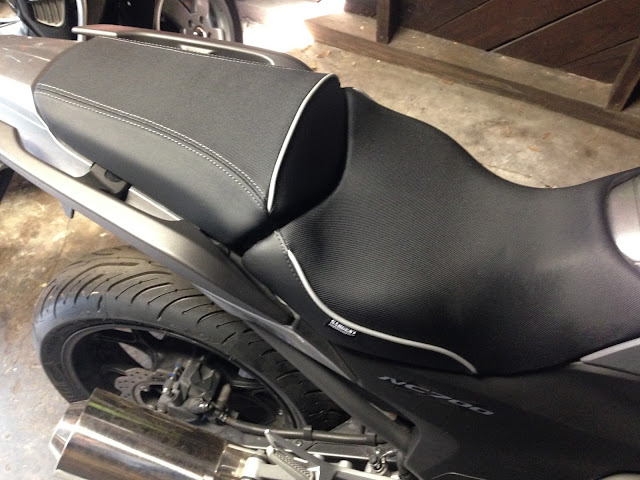 What a good looking, and hopefully comfortable, new seat.

I am meeting my friend Adrian in Charlotte, midway to the gathering.  He and I will ride together into Virginia where we will finally get off the highway for the last 150 miles on the Blue Ridge Parkway and other small mountain roads to Douthat State Park.

The weather is questionable for the entire time of the ride, but I am going anyway.
Posted by Bill Leuthold at 11:54 AM