With the Scooter Cannonball Run getting closer, now 5 weeks and two days away, I thought it would be a good idea to change the tone of Rocket and Me to reflect on the big event.

Two weeks ago, I ordered parts from George at ScooterPartsCo.  They are parts that I know can go bad on a big ride, so I will be either installing them now, or carrying them or replacements, just in case the scooter breaks something, like the variator last time.

One part that can go in a big way on these Vespa GT's is the carburetor.  At around 25,000 miles, they can start dropping pieces into the engine.  When this happens, all hell breaks loose. One GT I sold a few years ago dropped a valve and destroyed the top end of the engine.  This could have been caused by a carburetor part.  Russ, our fearless club leader, had a piece break off during a ride.  His engine stopped running and when he pulled the spark plug, he found the electrode smashed.  That is usually a telltale sign of a ruined engine, but this time a piece came free from the carburetor, went in the intake valve, then out the exhaust valve doing only very minor damage.  I had the carburetor fail on Rocket at around 50,000 miles, but no engine damage.

Because Razzo will have 20,000 miles on it at the start, and a new carburetor is less than $200.00 (significantly with George's SCR discount) I thought it best to go ahead and get it done.

So here is part one of the scooter prep. 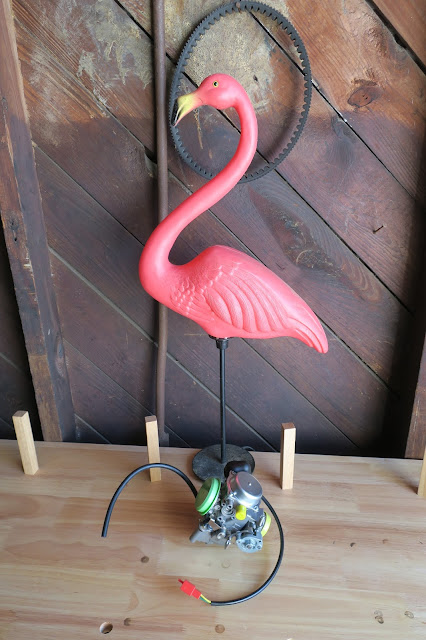 Trying to make the photo a bit more interesting. 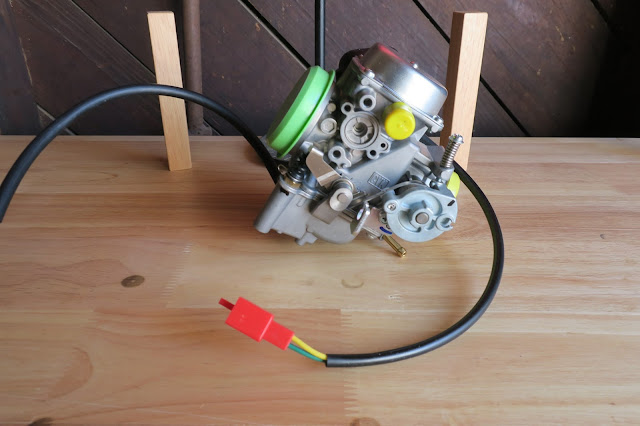 Posted by Bill Leuthold at 5:38 PM