The Ride of the Missed Flight

This past weekend, fellow blogger David Masse, planned a visit to Jacksonville to ride with me and others around the area.  It started as a ride to Key West, then got smaller, then flight schedules moved home base from Jacksonville to Ken Wilson's house in St. Petersburg.

So David was flying into Tampa where I would ride down on Friday afternoon.  I would have dinner with Ken and his wife Vicki, then Ken and I would pick up David at 9:00 at Tampa Airport.

But upon my arrival at Ken's, word was out that David was having problems with his flight.  Hurricane force winds in his layover city of Chicago had delayed all flights there by at least three hours. David's scheduled arrival was looking like after midnight. So after a fine dinner, Ken and I were were sitting around wondering how we would stay awake until then.

David went into much better detail on his blog.  You can find it here.

I had found a route from St. Petersburg to Cedar Key for Saturday.  The route included dropping ScooterBob at Robert Wilson's house in Zephyrhills, then lunch with Jim Mandle at Peck's Old Port in Ozello.  I decided to make the ride solo, have lunch with Jim, then scrap Cedar Key and head home. 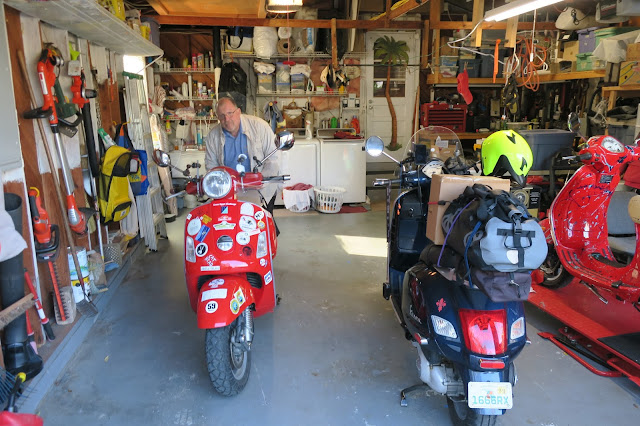 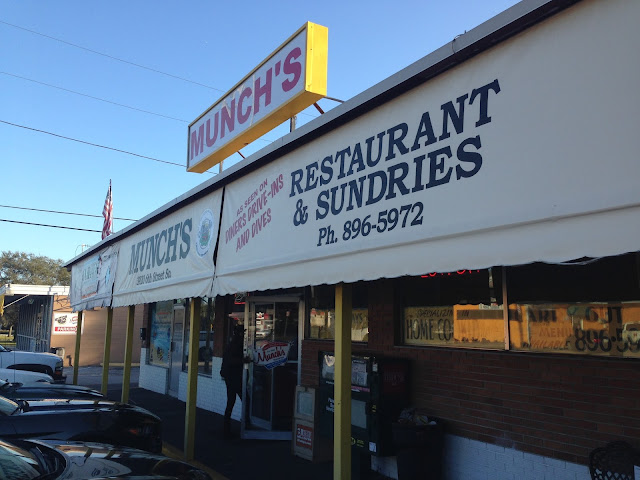 Breakfast with Ken at Munch's.  Ken knows everyone. 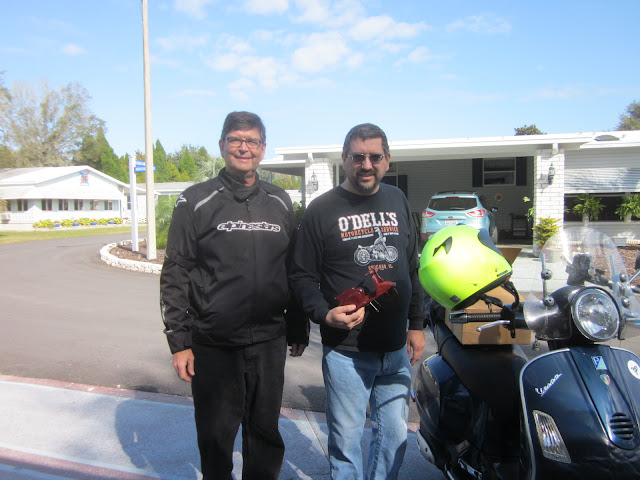 The Hand Off of ScooterBob to Robert Wilson 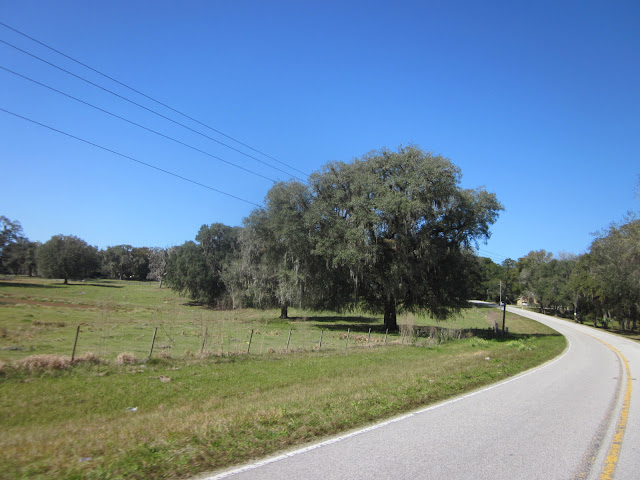 The route between Zephyrhills and Brooksville was hilly and quite nice. 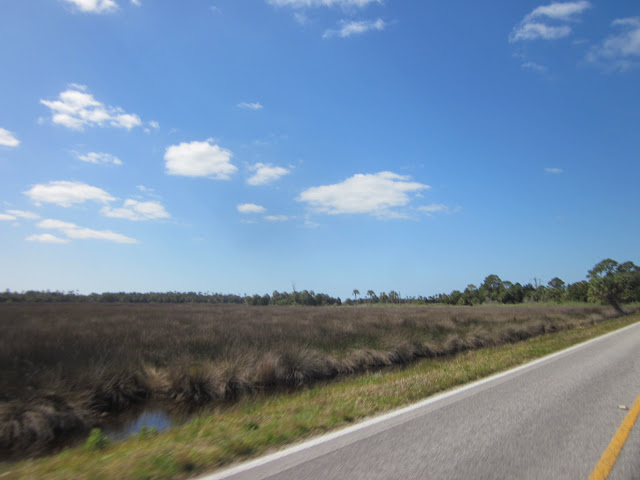 Marshes on the Ozello Trail 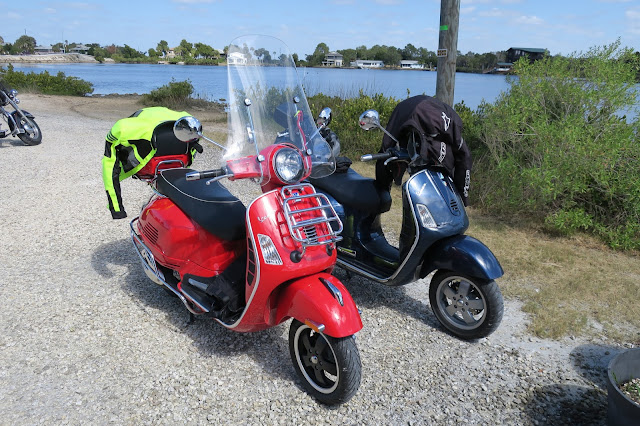 Two scooters at Peck's Old Port.  I was on Vanessa, the blue one. 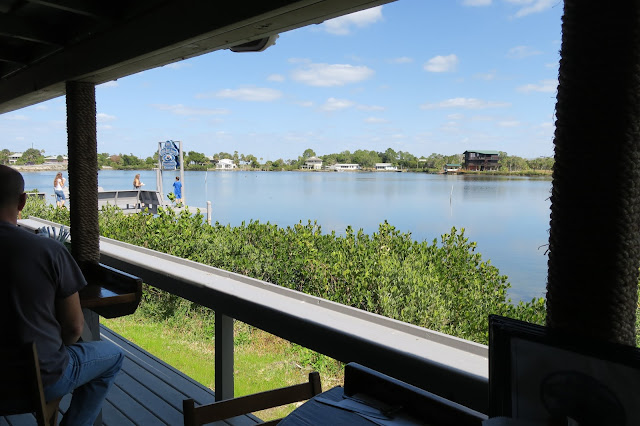 It turned out well as I had a great visit with Ken, got ScooterBob to Rob, then had an easy ride down the Ozello Trail to Peck's, where I had a tasty seafood lunch with Jim.  The weather was spectacular, and I got in a long test for Vanessa.  She was fast and smooth, but disappointed me by spewing coolant on the floor in Ken's garage and mine upon returning.  More scooter research upcoming.
Posted by Bill Leuthold at 7:00 PM