Chicago on a Grom

Sarah and I spent the last five days in Chicago, visiting our son Sam and his friend Sara.  They have been there for the past two years and we have now visited three times.

Chicago is a magnificent city.  So large and busy.

Sara had bought a Honda Grom a few months ago.  A Grom is a tiny motorcycle.  It has a 125cc engine with a four speed manual transmission.  The wheels and tires are identical to my Vespa GT's, 12" at each end. It weighs only 225 pounds, almost 100 less than the Vespas.  It's geometry is much different too, much more like a sport bike than the scooters.  This makes for twitchy steering and manners in general.  I had to think twice about removing my left hand to take photos.

We left Sam's apartment in the Humboldt Park area, then rode to Lake Shore Drive near the Field Museum. 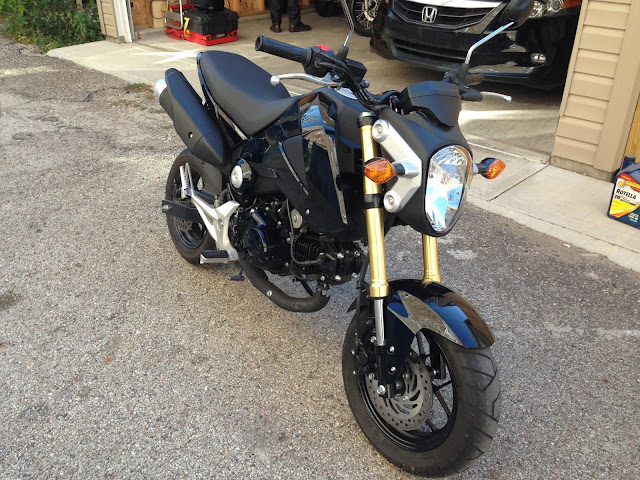 What a cute machine. 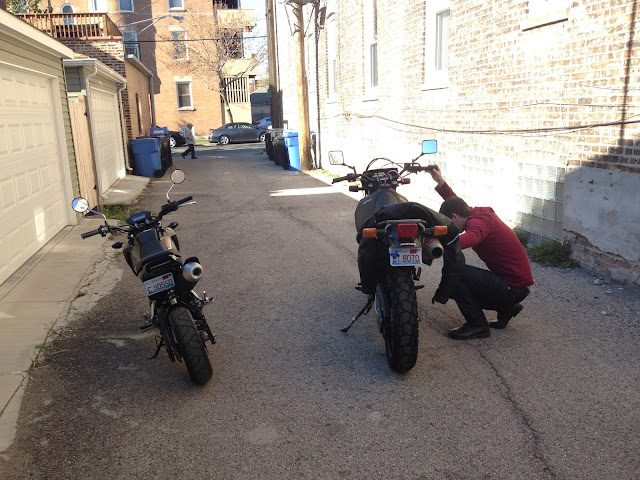 Sam checking out his Bike

From there we ran to the north end of Lake Shore Drive, onto Sheridan and various roads heading north to the Baha'i Temple at Wilmette. 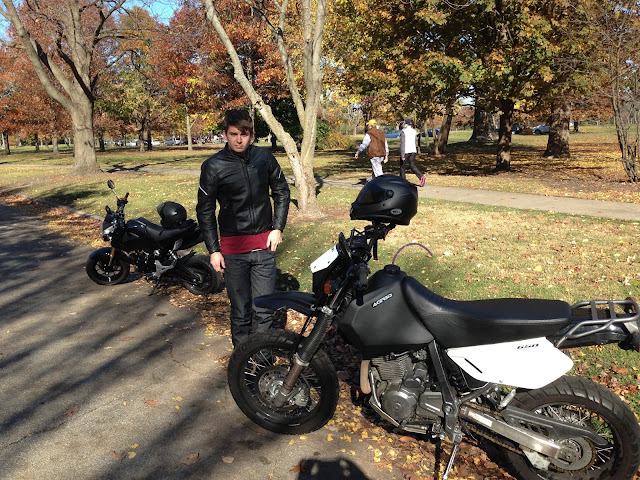 Sam with his big bike. 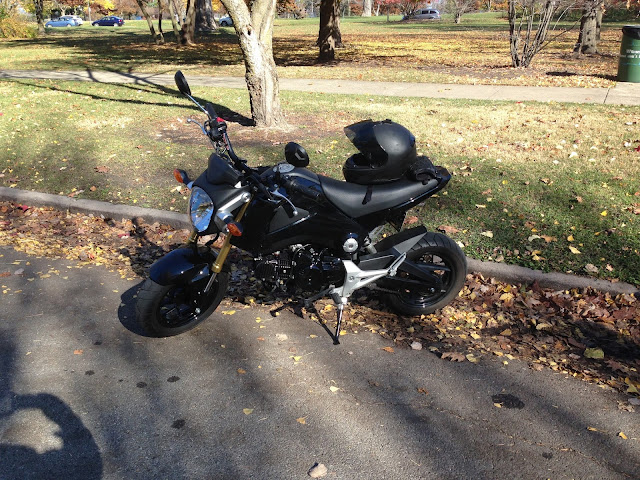 The little Grom at Wilmette Park 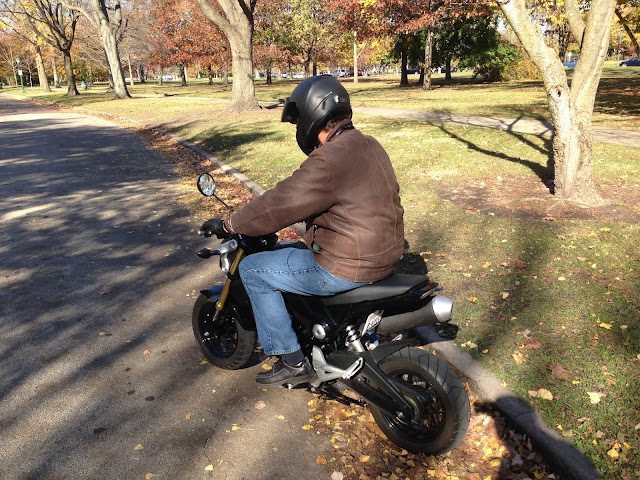 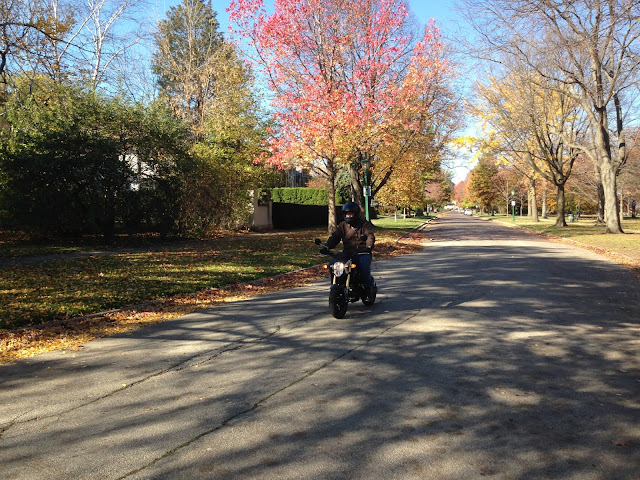 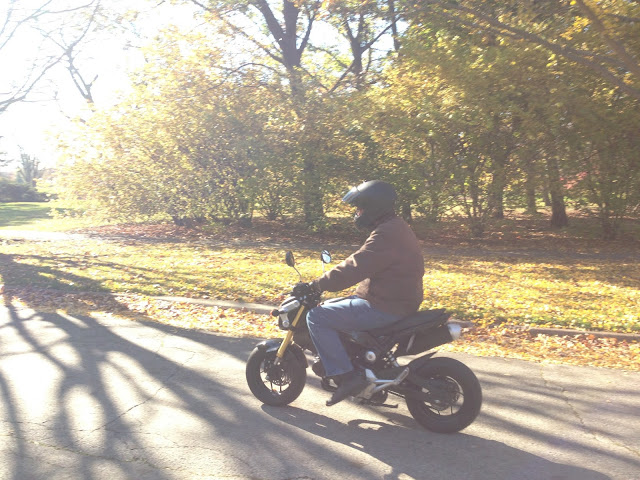 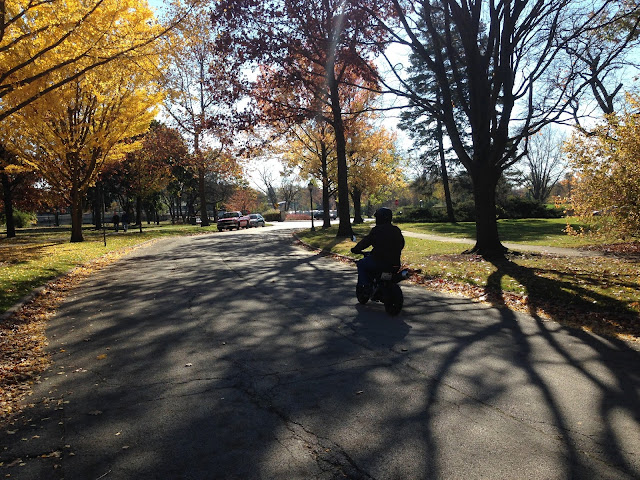 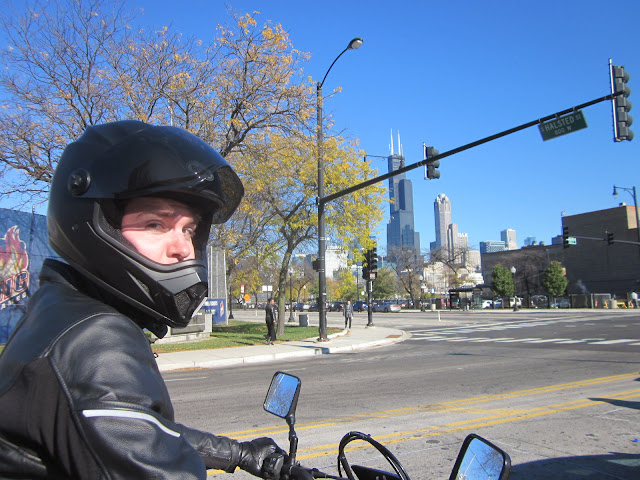 Sam at a stop.  Willis tower in view. 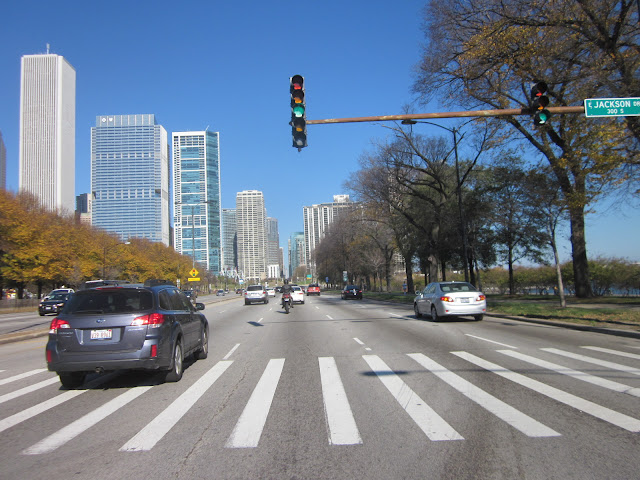 Along Lake Shore Drive.  Chicago is one big city. 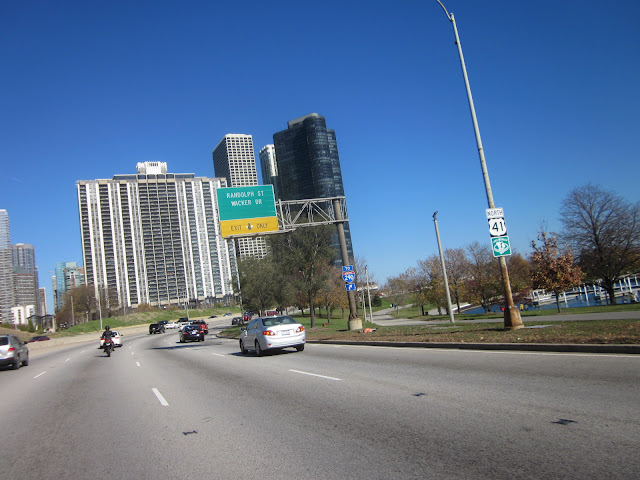 More Lake Shore Drive.  Shortly after this I stopped taking photos.  I felt much more comfortable holding on with both hands riding the twitchy little machine.


Then we rode to Buffalo Wild Wings back near his house to watch the Jaguar Football game that they lost, as usual.

On Lake Shore, with a 40 mph speed limit, we were getting passed while we were riding at speeds up to 62 mph.  The performance of the little Grom was quite satisfying.  I could keep up with Sam and traffic relatively easily.  Considering it is a 125cc, that is saying a lot.  The twitchy handling was a little different for me but not uncomfortable.  I always felt safe and secure.  Braking was fine, but I did lock the rear brake when Sam stopped quickly avoiding a photo controlled traffic light.  It locked but we did stop very quickly.  Piece of cake.

I would love to have one for flicking around town.  It would be fine for many of the group rides out of town too.
Posted by Bill Leuthold at 5:25 PM