The MP3 group had another Fall Gathering on September 14 through the 17th.  I decided to join them because they were meeting in Blairsville, Georgia, a relatively short 405 miles of riding for me to get there.  And the mountains around that area provide some fine riding.  I also like all of the riders.

I started at sunrise on Thursday, the 14th, taking the scenic route (no interstate highways).  I headed up 301 to Folkston, took 15 through Blackshear to Baxley, then 1 before turning off to Vidalia, Soperton towards Sparta. A bridge under repair had me go off route a bit before Sparta but I got back on track and headed around Athens to Blairsville.

While riding into the Copperhead Lodge, I heard someone calling my name.  It was Doug (Old As Dirt, even if it is ironic that he is a bit younger than me)  He was staying in a cabin.  I had chosen the bunk room in a stay I already commented on earlier.

We hung out, greeting each rider as they arrived, then had dinner in the lodge.

The next morning we met for breakfast downtown, then headed on a long ride led by Doug.

Lunch was in Helen, a small Georgia village dressed to look like a small town in Switzerland.  It is not even close to the real thing, but I like it anyway.  Lunch was in a German restaurant, so I had bratwurst.

The afternoon ride was a continuation of mountain roads.

Dinner was at a BBQ restaurant approximately ten miles from the lodge.  I was late arriving and ended up eating the extra food that was going to go uneaten.  It was tasty and free. 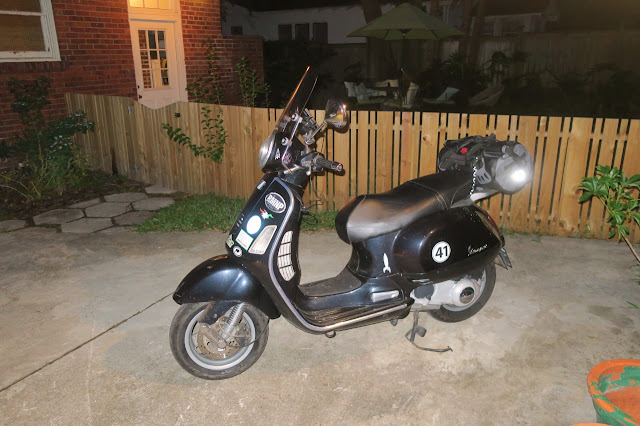 I chose Rocket for this adventure. 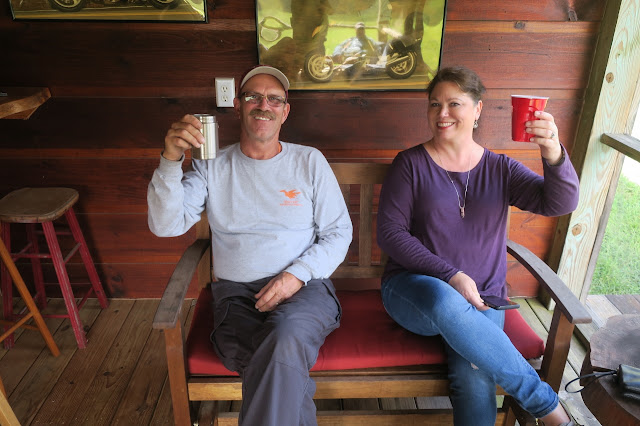 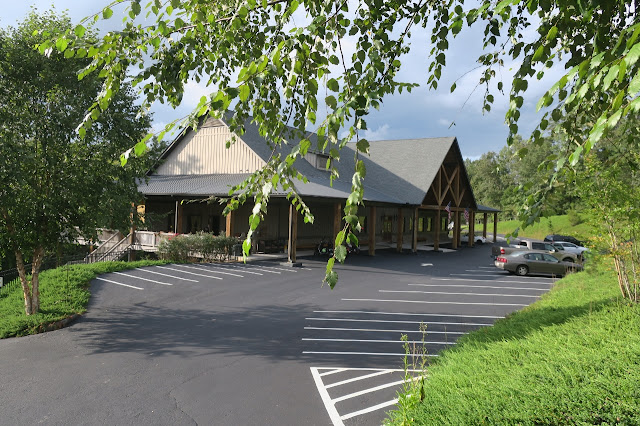 The Copperhead Lodge.  I had the bunkroom and wrote about it already. 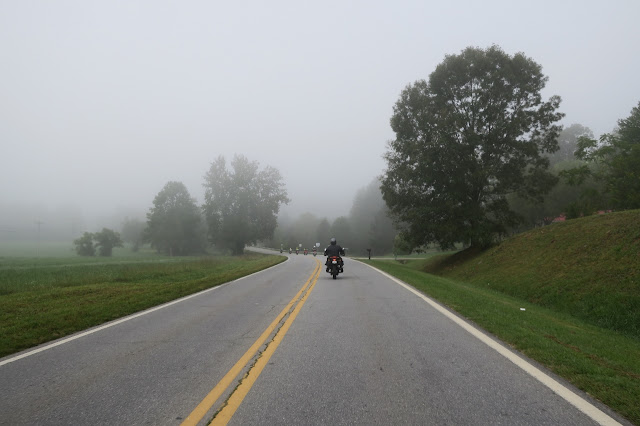 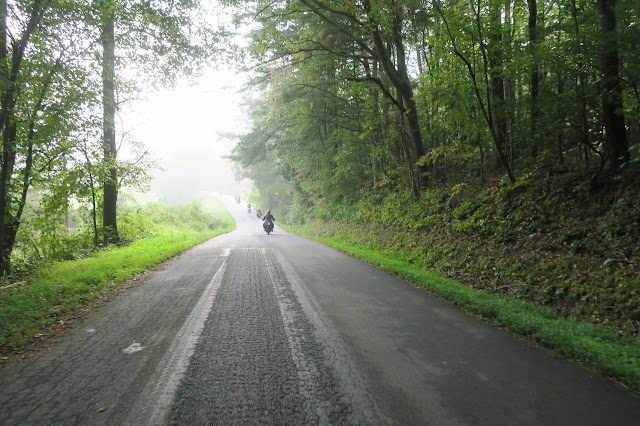 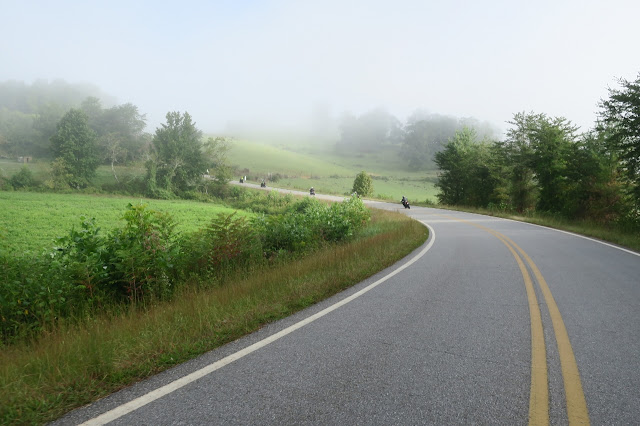 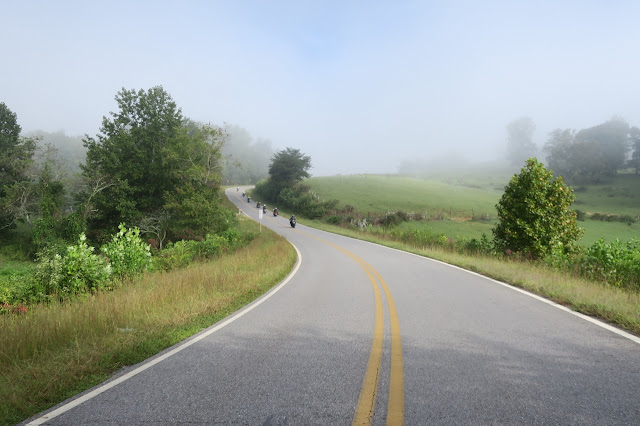 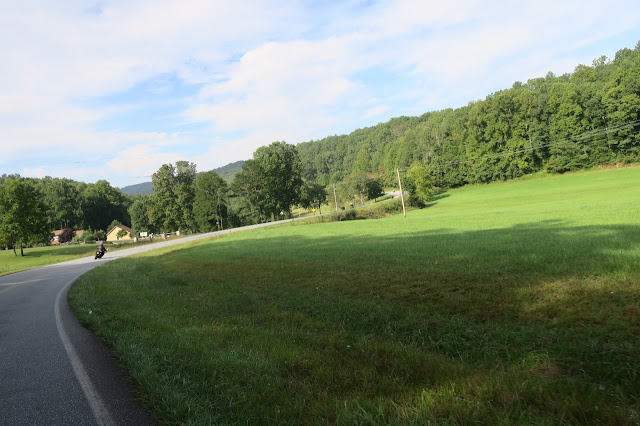 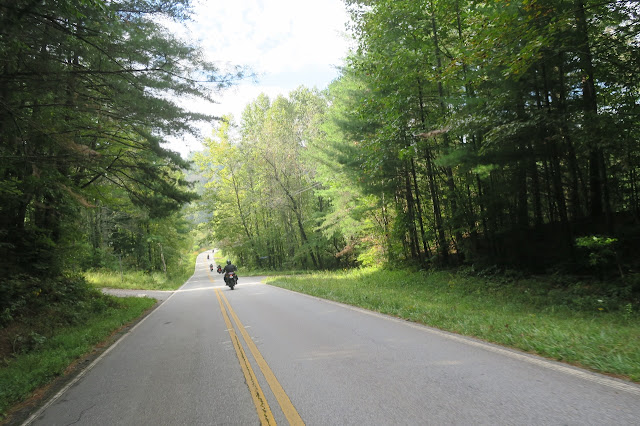 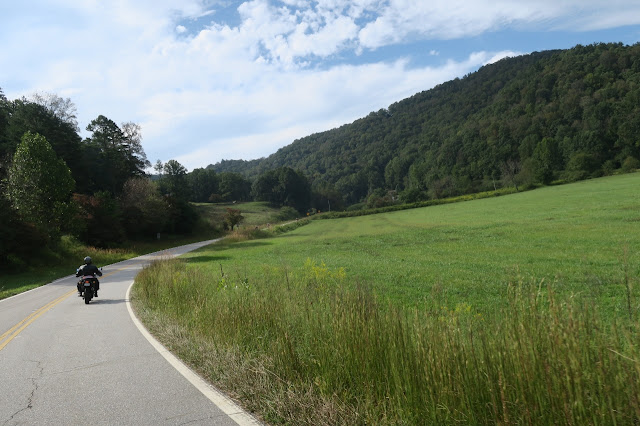 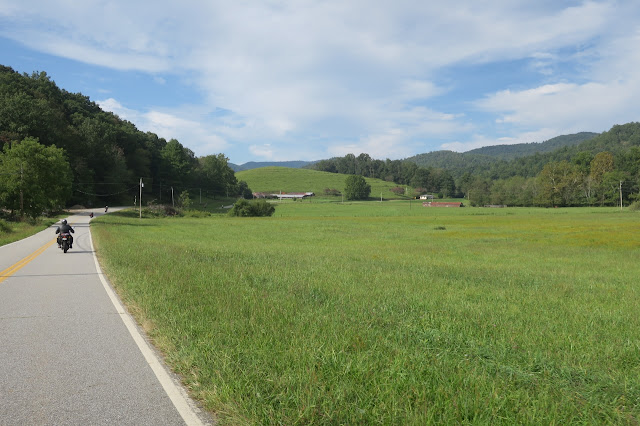 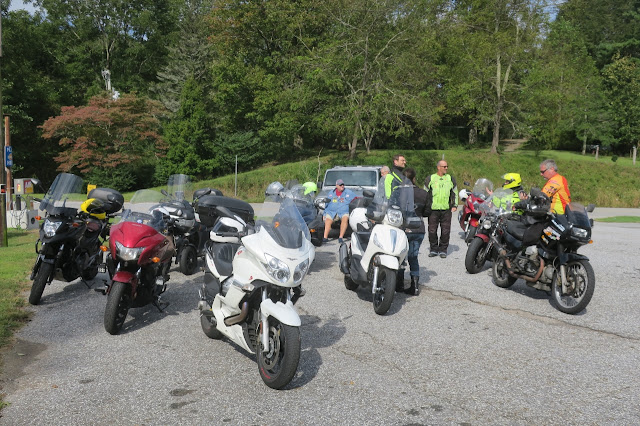 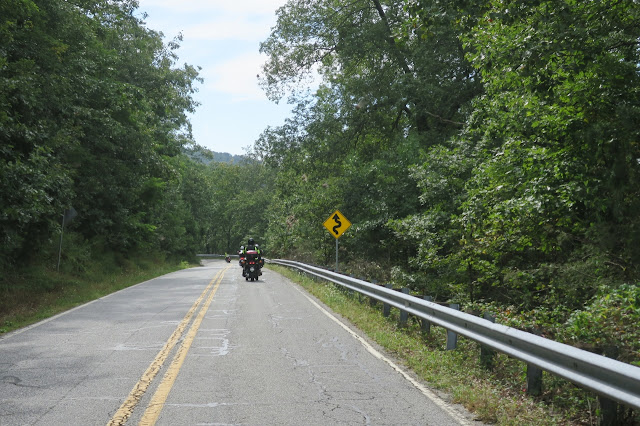 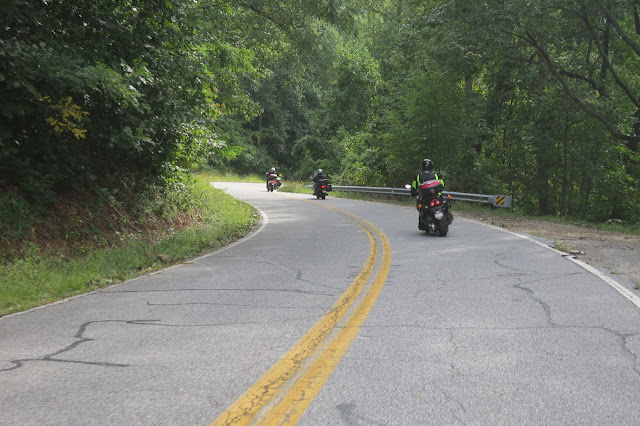 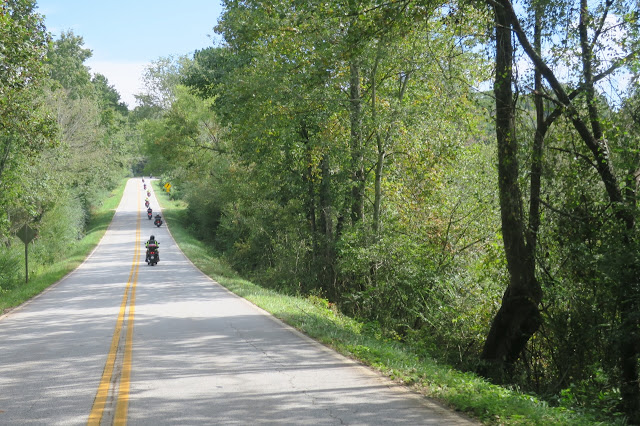 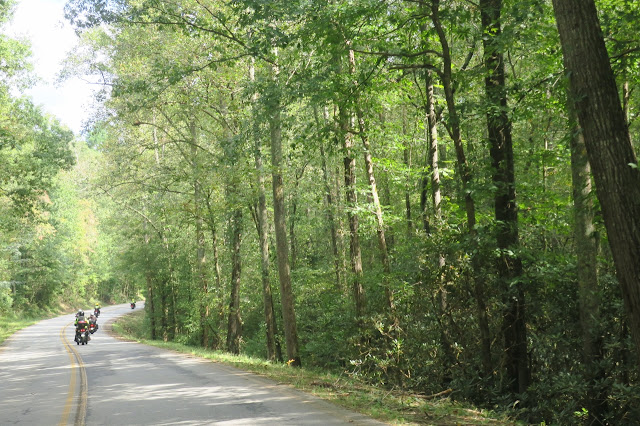 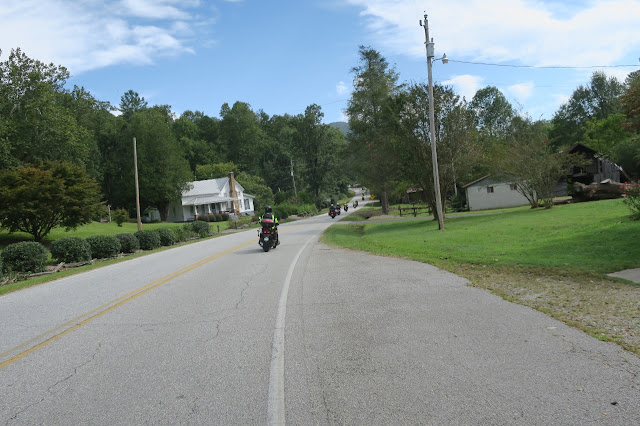 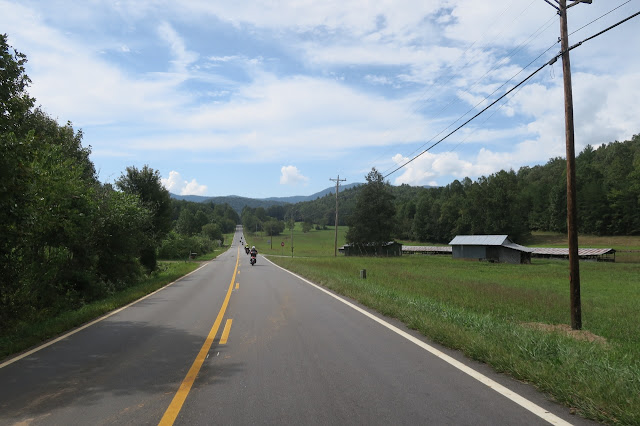 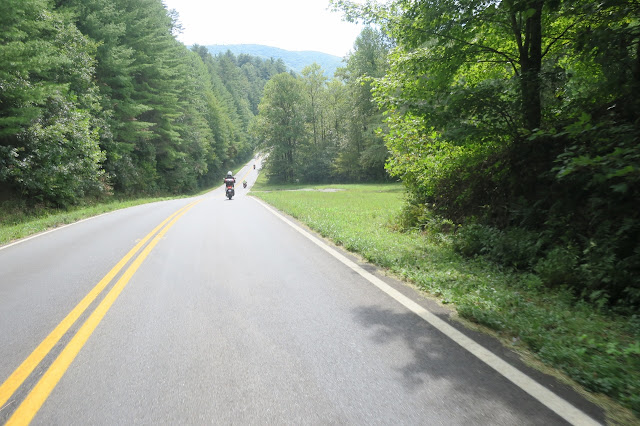 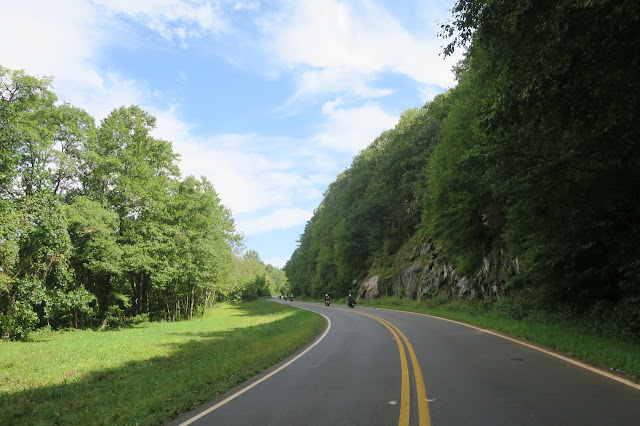 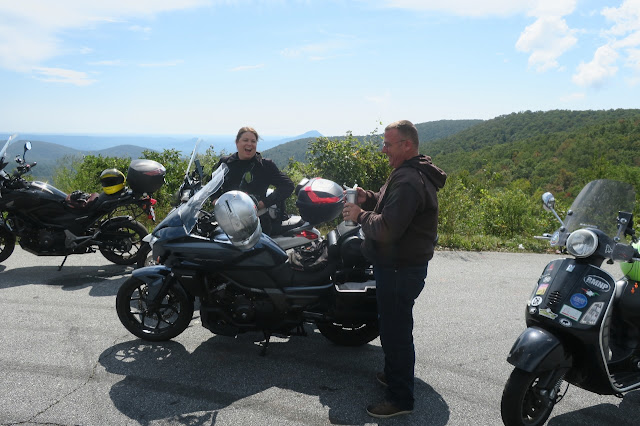 Noreen and Kevin with their new bikes 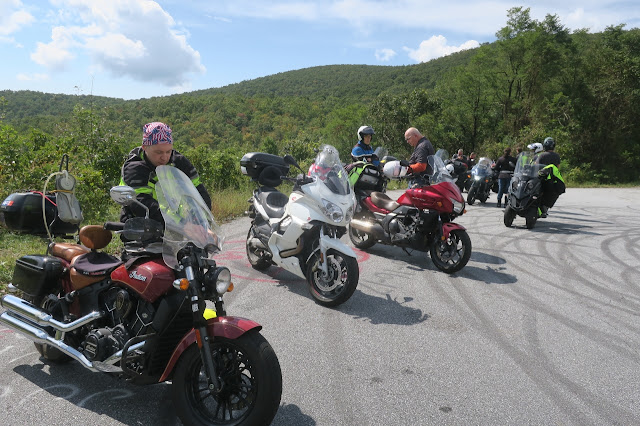 Stop along the way.  Mark, Phillip, Ralph and the others. 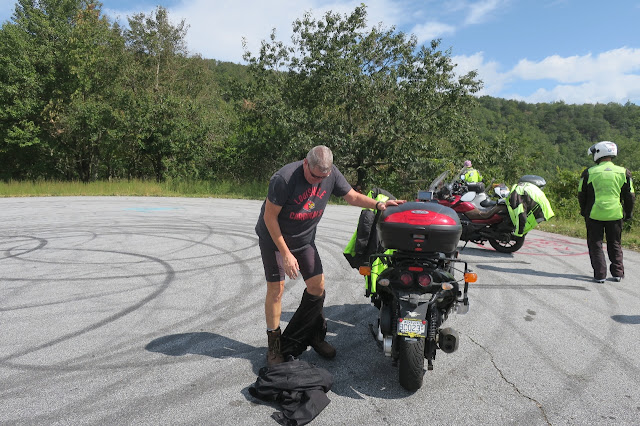 Kenny was getting hot.  Off goes the winter gear. 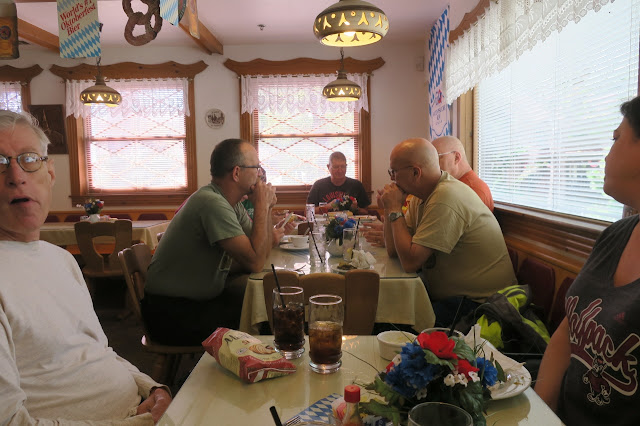 Lunch in Helen at a German restaurant, of course.  Also, of course, I had bratwurst. 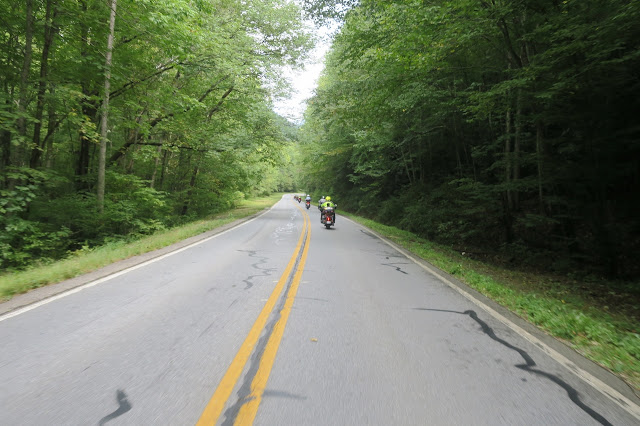 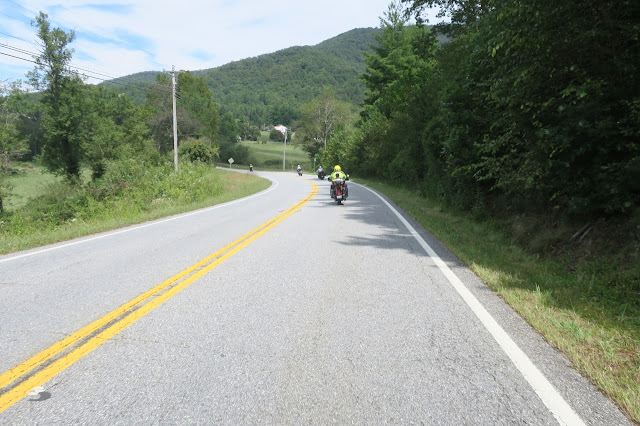 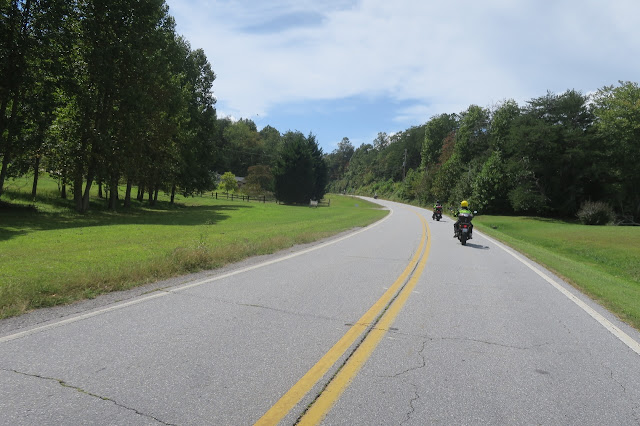 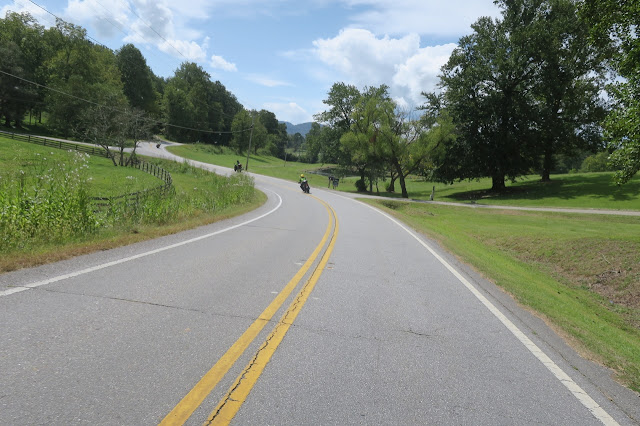 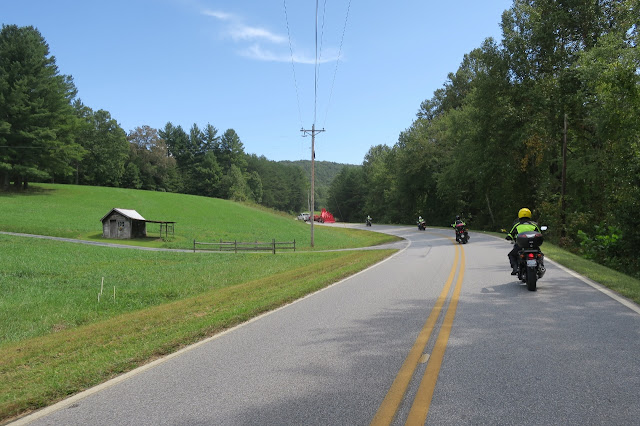 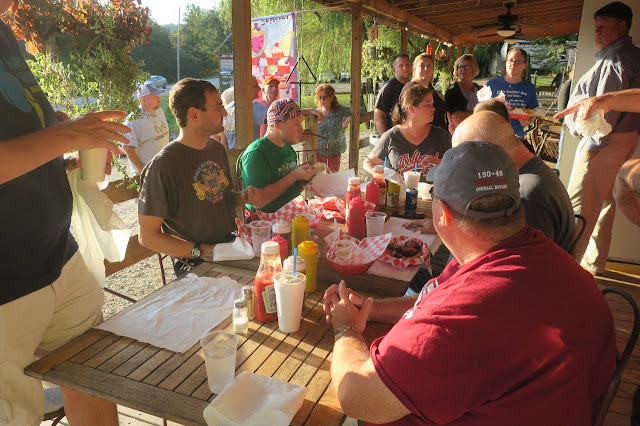 Dinner at a local BBQ joint.  I arrived late and ate leftovers.  Not bad at all.

Posted by Bill Leuthold at 6:36 PM