The Vespa Club de Mediterraneo trip to Greece began with me and Sarah flyng from Jacksonville, through Newark to Athens.

22 hours after leaving our home in Jacksonville, we arrived in Athens, where a swift taxi ride took us to the first hotel.

After a brief nap and showers, we decided to check out the local area and had drinks at the rooftop bar at the hotel, then followed directions by the bartender to the area of Psiri, where restaurants and pedestrians were in great supply.  We settled on the one he recommended and were given a sidewalk table.  The food was good and inexpensive, with our total bill coming to 27 Euros. 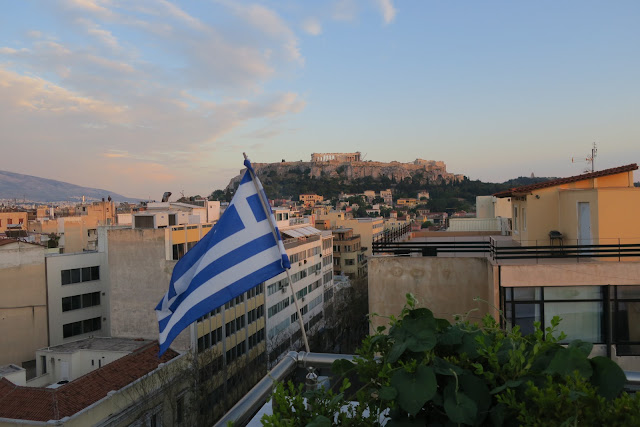 The early evening view from the rooftop bar. 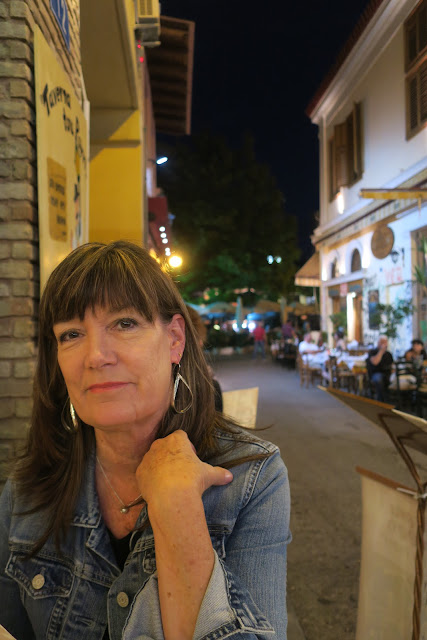 Sarah at our sidewalk table.  The street was full all night, just not this moment. 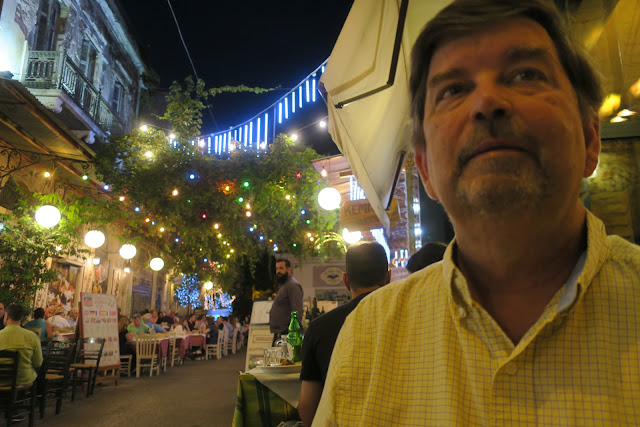 A selfie showing the street from across the table. 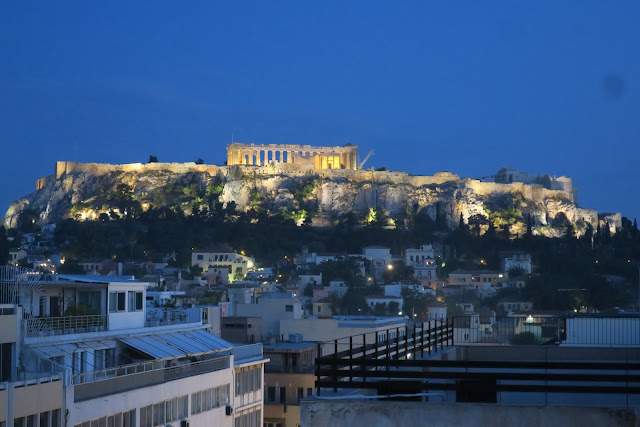 We returned to the hotel's rooftop bar to this view.

After a good night's sleep, we decided to move to the group hotel early.  I had written its name down and mapped it on google maps.  Only a .4 mile walk so we took our luggage to the Athens Central Hotel, only to find that it wasn't the right hotel.  We should have gone to the Athens Center Square Hotel, only two blocks from the first one.  But rather than walk, we took a taxi this time.

From there we got a taxi to take us to see the Acropolis with the Parthenon on top.  It was a little hot with some climbs, then a long wait to buy tickets, but worth it as we were able to marvel at the historic masterpiece.

While at the top, we could see thunderstorms approaching so we luckily headed down as it was starting to rain.  The marble steps, already slippery when dry, became dangerous on the way down but we made it unscathed.  We picked up a taxi and rode through heavy rain back to the hotel, where it started to hail in the heaviest parts of the rain. 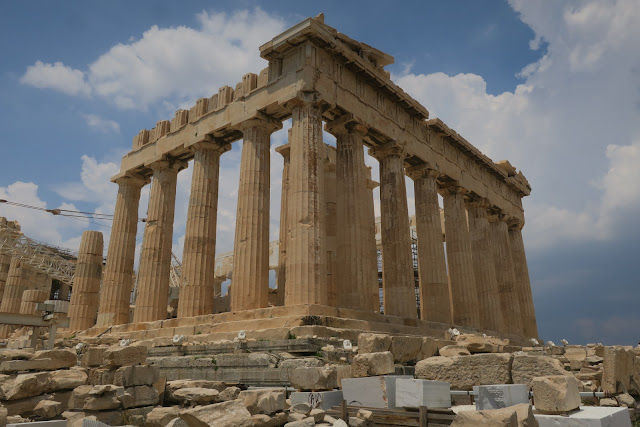 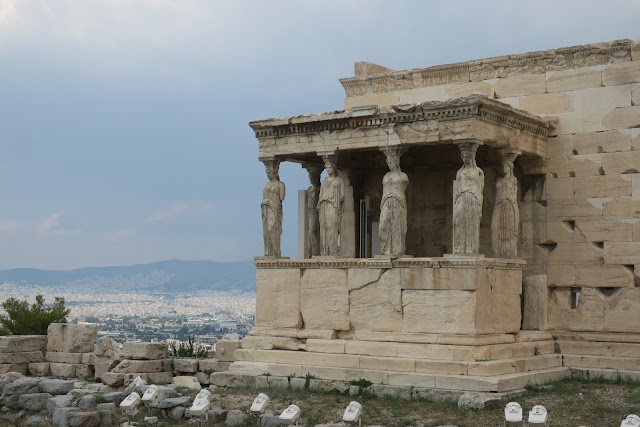 The Erichtheion with the goddess columns 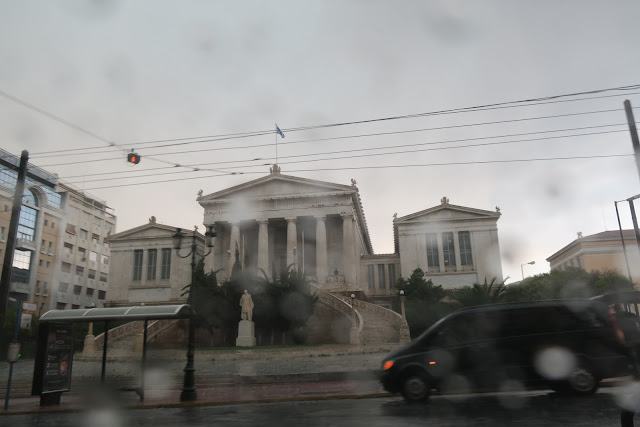 Riding back to the hotel in the rain.

Dinner with the Murray's to follow, then in for the night and an early ferry ride to Paros in the morning.