I finally had a minute to think about getting Rocket repaired.  There was an exhaust leak coming from around the header pipe.  I checked the gasket and it was in place and the head bolts felt tight.  So I surmised that it must be a cracked header pipe.  I was concerned about removing the head nuts myself as I have heard that it was easy to break the studs, so I decided to have Boris do it.  It was Saturday morning and Sarah and I were going to Gainesville for the football game and to see Kylie.  I ran out of time so I called Boris and asked him to come by the house and pick up Rocket.  He agreed so I left it in the driveway with the key in the glove box.  Luckily, I live in a very nice neighborhood where thievery is minimal.

Upon returning from the game, I called Boris and he said he was just starting to look at it.  Then he took it apart and let me know that the pipe wasn't cracked but the end at the gasket and connection to the large exhaust was out of round.  Certainly, this is because the gasket has been changed at least 15 times with the clamp loosened and tightened more than that.  I am certain the uneven pressure caused it to go out of round.  He did his best to get it round and I went to pick it up.I rode it home and all was good.

We had a ride planned to High Springs on Sunday morning.  Rocket and I were both ready for that trip.  When I cranked it up, the leak had returned.  But, what the hell, we went anyway.

Rocket ran great the entire ride.  The only issue we had this time was the red lens of the new tail light popped off while crossing railroad tracks near Lake City.  Luckily, Shane, riding two riders behind me saw it, stopped and picked it up.  It was fine and we will glue it back on soon.

Also on the ride, Charlie's new-to-him BV 250 kept cutting out on the ride home.  He had forgotten his phone so I rode home with him, speeding along with intermittent slow downs as it was losing power.  Actually, Rocket stumbled a few times too so I am not sure that the gas we bought in High Springs wasn't tainted.

Anyway, it was a lot of fun to get back on the old scooter. 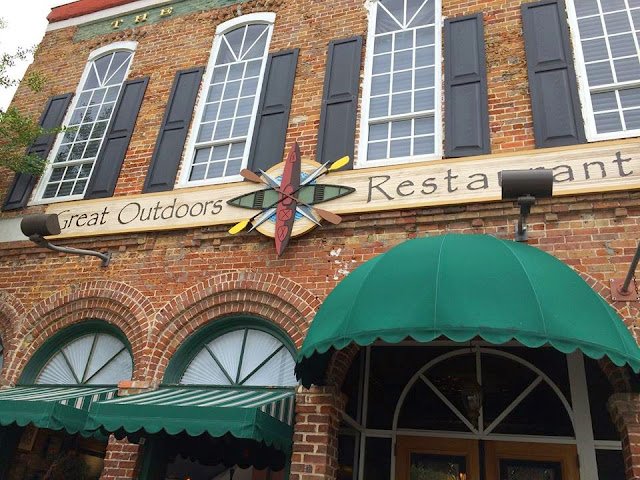 The Great Outdoors in High Springs 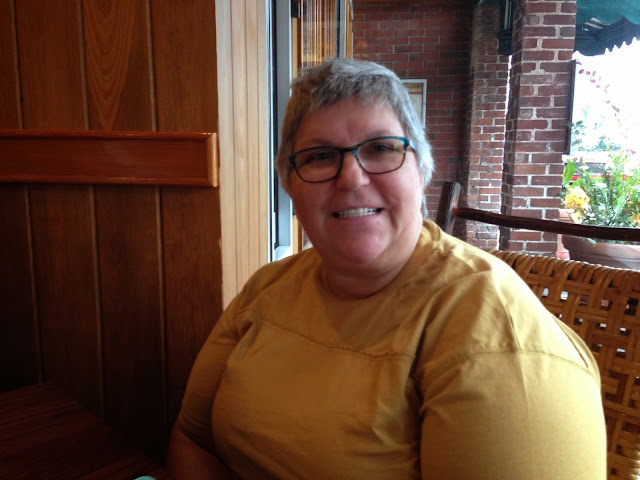 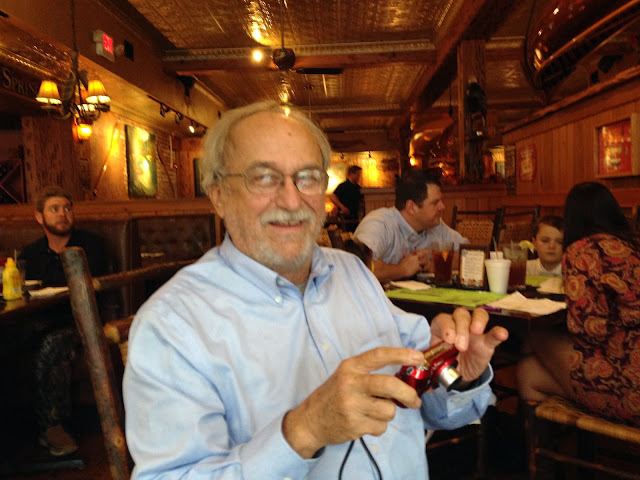 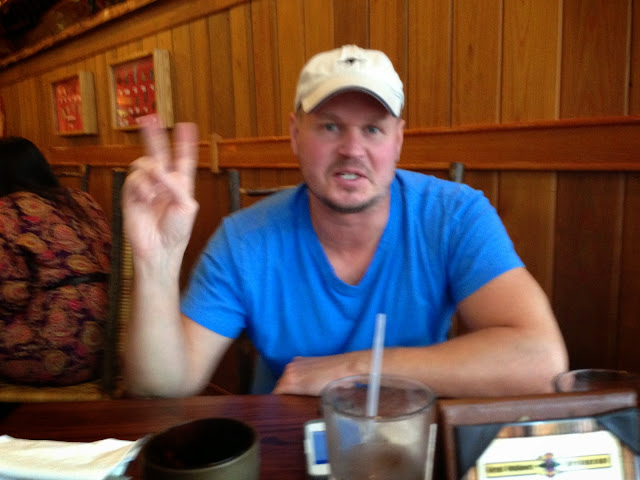 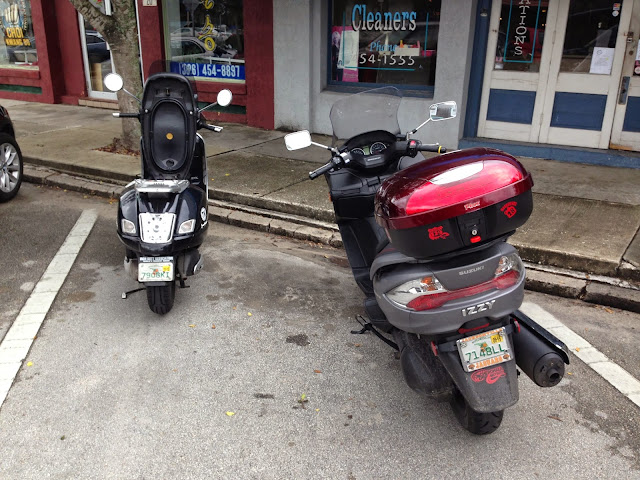 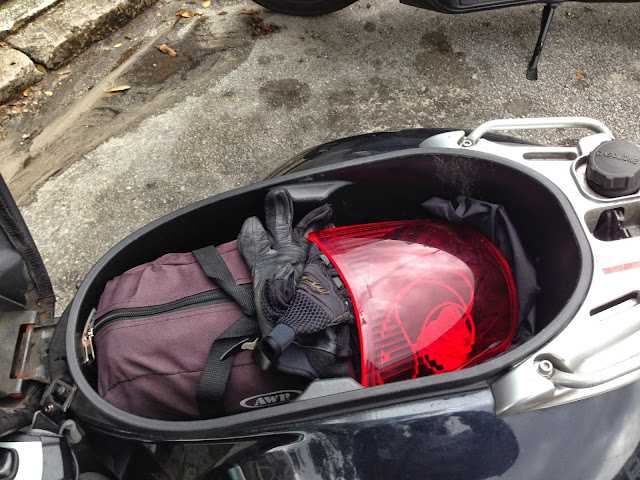 There it is, safe and sound. 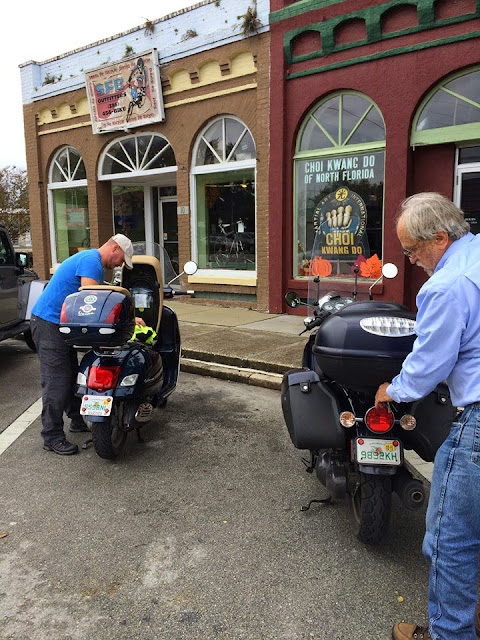 Shane and Charlie with their bikes.
Posted by Bill Leuthold at 8:14 AM